AMD announces - it's coming. Processor RYZEN 9 3950X with 16 cores will be launched later this month and will bring unprecedented performance to the mainstream AM4 desktop cradle

Many have been waiting for this launch, and will not have to wait much longer. Since it was first unveiled in July, the Ryzen 9 3950X processor AMD Makes waves on the net thanks to the unprecedented technical features it brings with it. For the first time - a resident Processors Standard is going to get a processor with 16 processing cores and 32 capillaries in a new, modern and fast architecture for every use.

When it was first presented at a conference it held AMD In July, we were promised that we would see the monstrous processor in September. AMD Has decided to postpone its launch, probably for technical and economic reasons and is now ready for official launch for a resident AM4 And a great variety of motherboards. 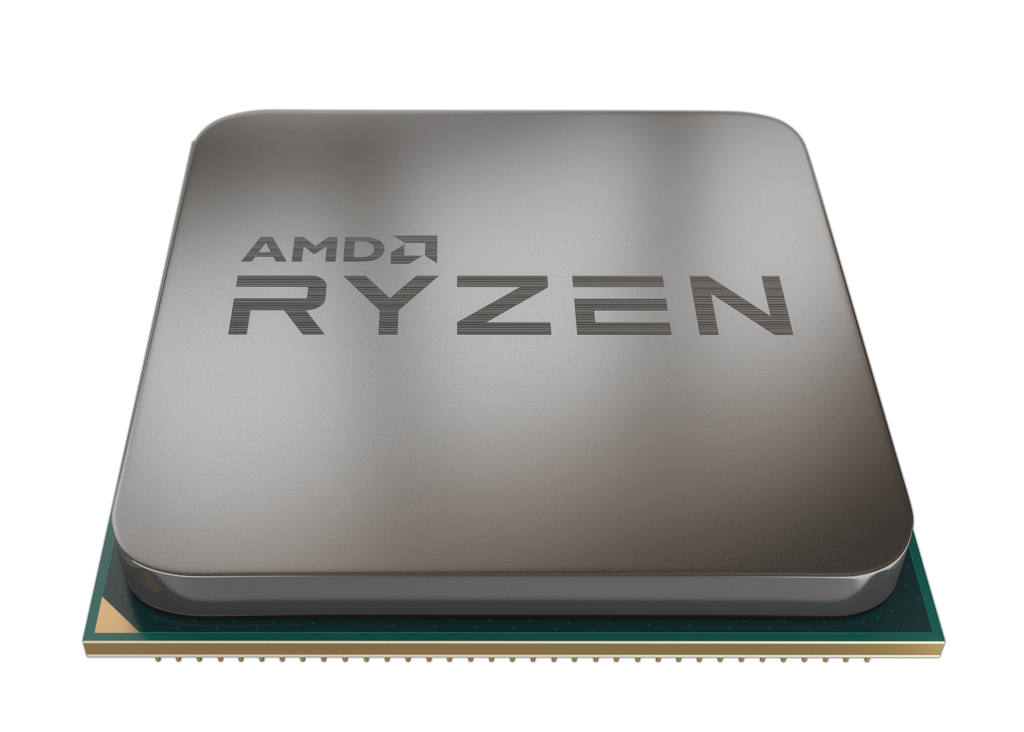 The Ryzen 9 3950X is the most extreme we've seen so far fromAMD When it comes to performance in every possible category. It comes with a base frequency of 3.5Ghz and a maximum turbo frequency of 4.7Ghz. It includes 72MB's זיכרון Second and third level cache together, and 105W heat casing.

For the first time, this processor will come in packaging with no refrigerant included. To-AMD A plethora of air coolers of acceptable quality but such an extreme processor will reach the amount of heat exhaust that will require something significantly advanced. AMD Recommend using the kit Cooling Water with a radius of 280 millimeters or greater to produce the highest frequencies the processor can provide.

The processor price is also premium, and stands at 750 dollars, which is 50% more than the price of its little brother, the Ryzen 9 3900X that has 12 cores. Will say win AMD That it can demand such a price simply because the 3950X is an unrivaled processor for the technical specifications it offers. 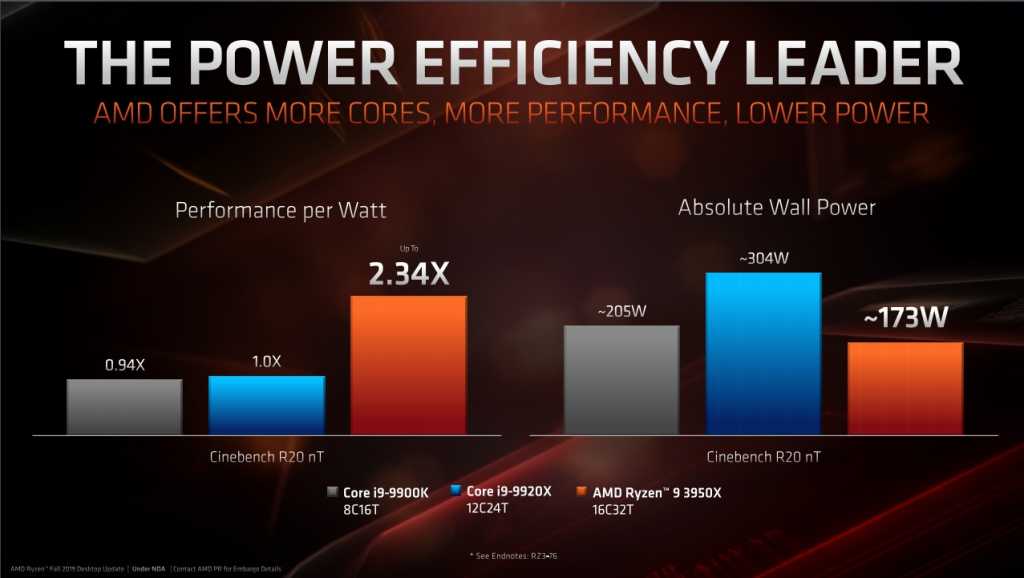 Also, the use of the TSMC factory's 7 nm process is the most serious weapon theAMD In competition with Intel. According to AMD God-RYZEN 9 3950X is not only faster in a multitude of uses, but also more electrically efficient than competition, both in the extreme and mainstream. 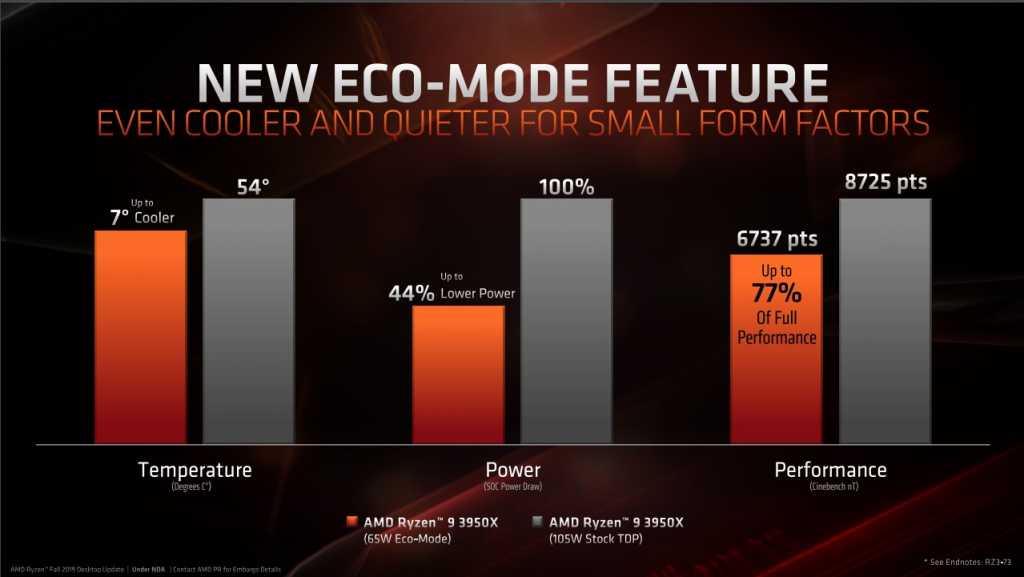 Along with the launch of the new processor comes a nice option for those who want a performance similar to a server or workstation. Eco mode is such that it can be enabled in the motherboard bios and reduces the processor heat casing to 65W only while keeping all 16 cores in active mode. This means that the operating frequencies are calmer, and the turbo frequencies also do not reach situations where extremely high operating voltage is required.

According to AMD, Three-quarters of standard-state performance can be obtained while reducing power consumption by almost half. An Eco Mode is created to serve those for whom a higher frequency of operation at several hundred MHz is not a priority over a particularly large amount of cores. 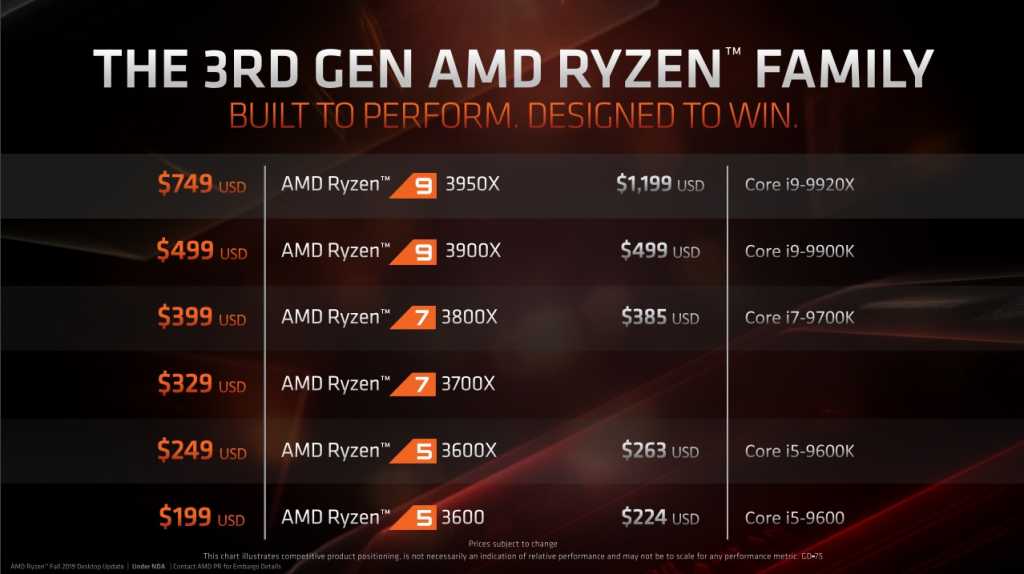 The Ryzen 9 3950X Processor will be available to the consumer starting at 25 per month at a price tag of $ 750 and as stated will come without body Cooling. Using this processor requires a BIOS update for motherboards present in the chassis AM4, An update which includes the AGESA 1.0.0.4 firmware - please note the manufacturer's website. Our recommendation is to always ask about the feasibility and compatibility of this processor for existing motherboards, since different motherboards are built differently electrically, and there may be a difference in performance as a result.