Like from a spaceship: The new Cooler Master products for 2018

This year, too, the manufacturer of popular peripheral equipment blinded us with its strong desire to illuminate colorful LEDs and futuristic designs

Even in the company's booth Cooler Master At the huge show in Las Vegas we got to visit - and there we were greeted at the entrance by its current focus on modularity and customization, alongside an exterior look that at least in some cases is not really like anything else out there.

The most colorful, both Intel and AMD

The center of events at the booth was dedicated to the company's many and varied cooling solutions, which were presented separately and also as part of a ready-made demo with large names such as ASUS and Gigabyte. There were also Cooling Massive, solid body air Cooling Metallic and double fans with built-in illumination (of course), and systems Cooling Closed water with up to three fans and dimensions to fit only the largest computer cases. 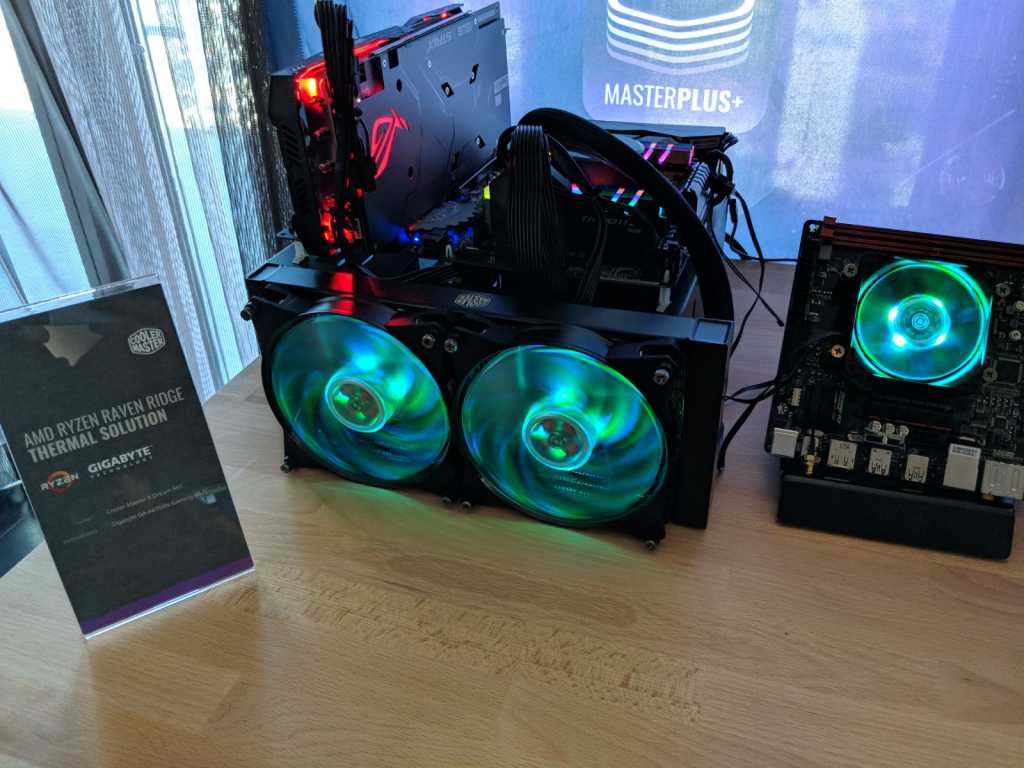 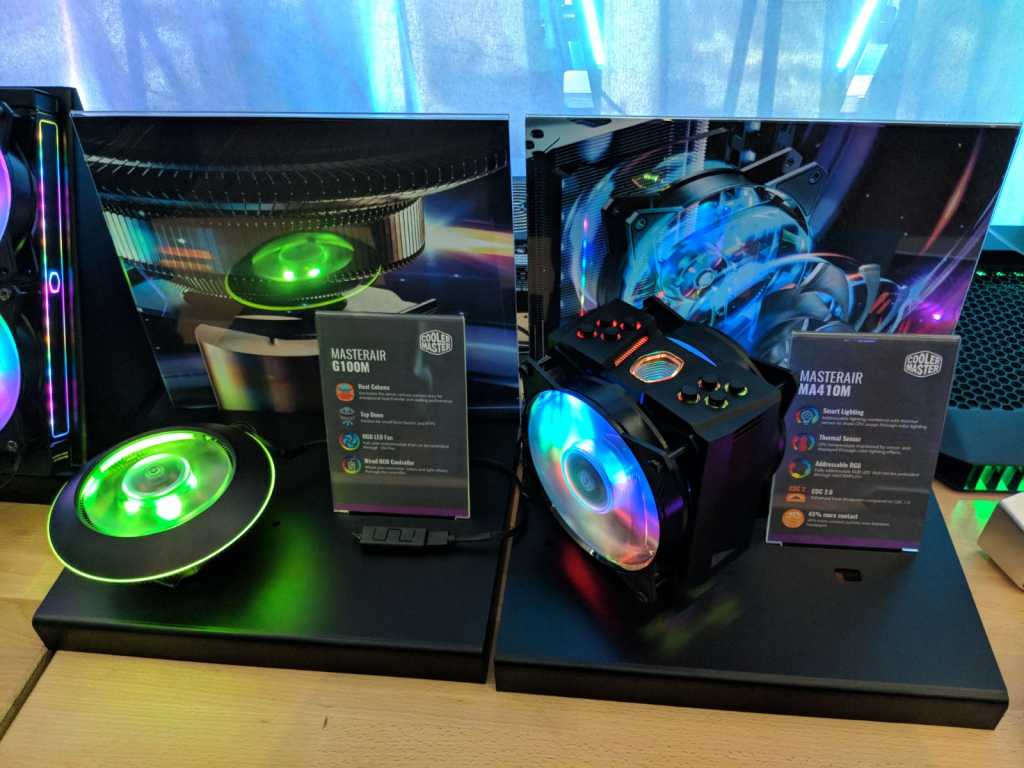 Have you decided to "defect" to an AMD camp? Do not worry, inCooler Master They will not really discriminate against you

The various measures are also available for Intel's LGA1151 and LGA2066 residency and for the AM4 and TR4 AMD - So all that is left for you, the potential buyers, is to choose your favorite color combination. 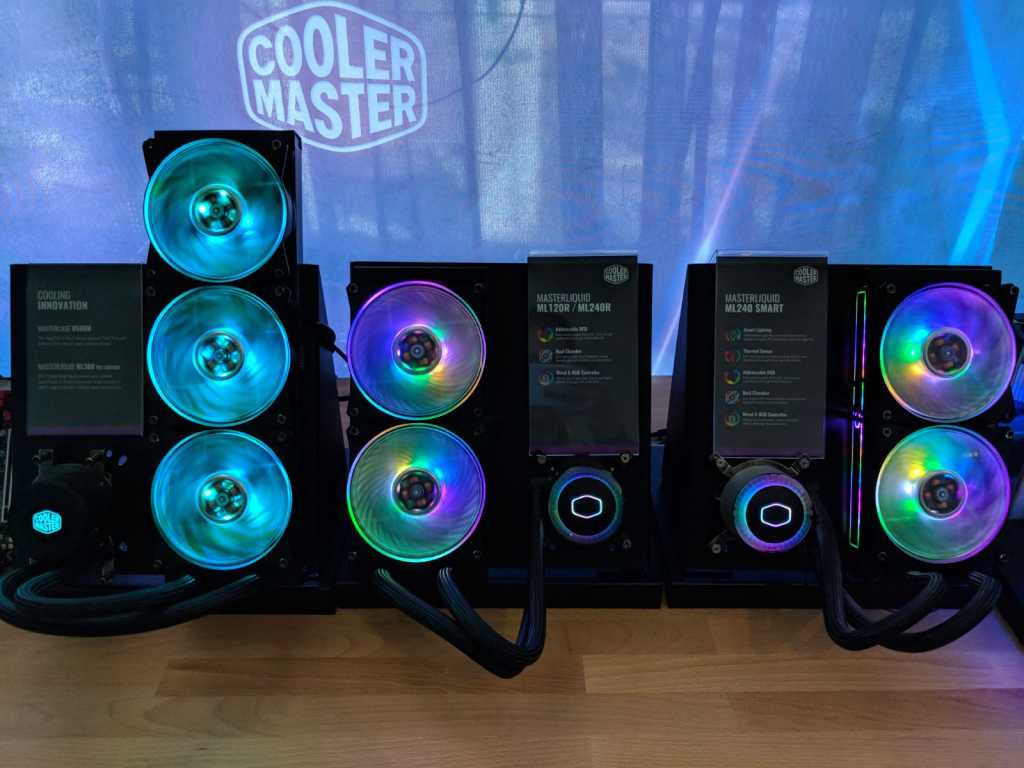 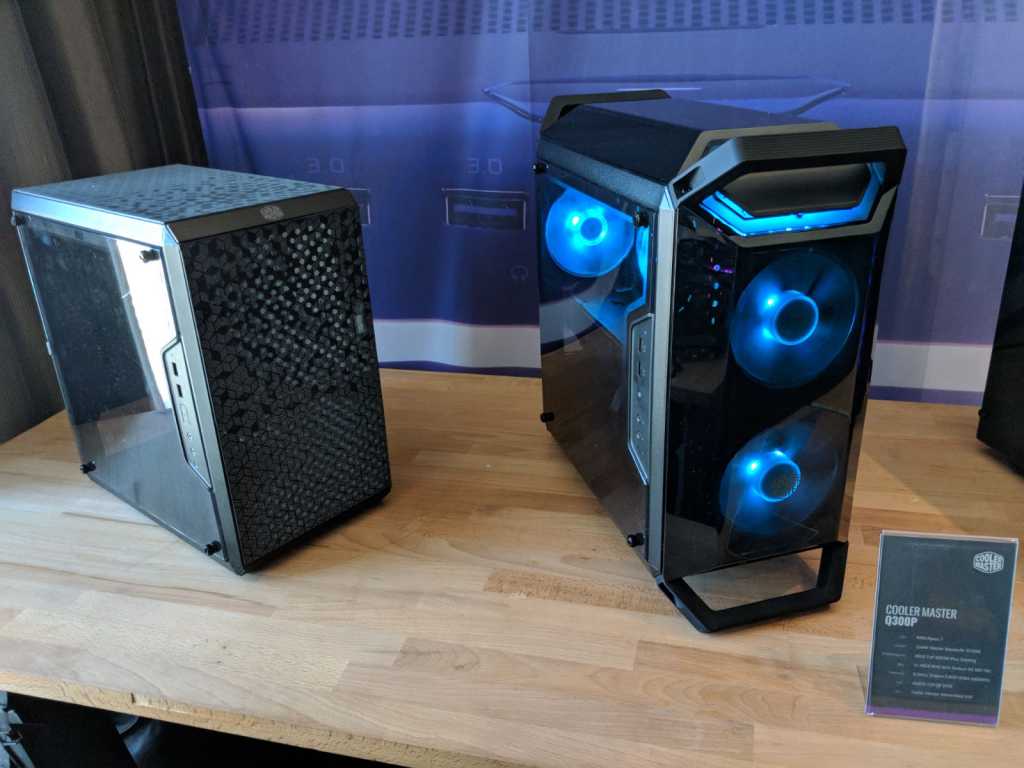 The best friend of the Overclocker

Cooler Master has not really neglected the field of computer power supplies, which is usually a relatively gray tier of a colorful and exciting industry - and launched at CES new products from the MasterWatt V family, with full modularity in cabling, huge power supplies between 1,200 watts and 1,500 watts, Plus80 Titanium efficiency Of over 94 percent of the power consumed - and a collaboration with Wizerty, one of the most famous speeders in the world today, which even models some of its capabilities live to the visitors of the stand.

The new family suppliers not only include extremely high efficiency, a promise of a structure that allows optimal airflow through the case and extremely quiet operation even at consumption levels that approach the maximum possible - but also Technology That enables automatic data transfer to the Overlay.live application, which offers advanced telemetry data for fast, easy-to-see work on screen, even within the framework Streaming Direct which has become very common in this niche too. 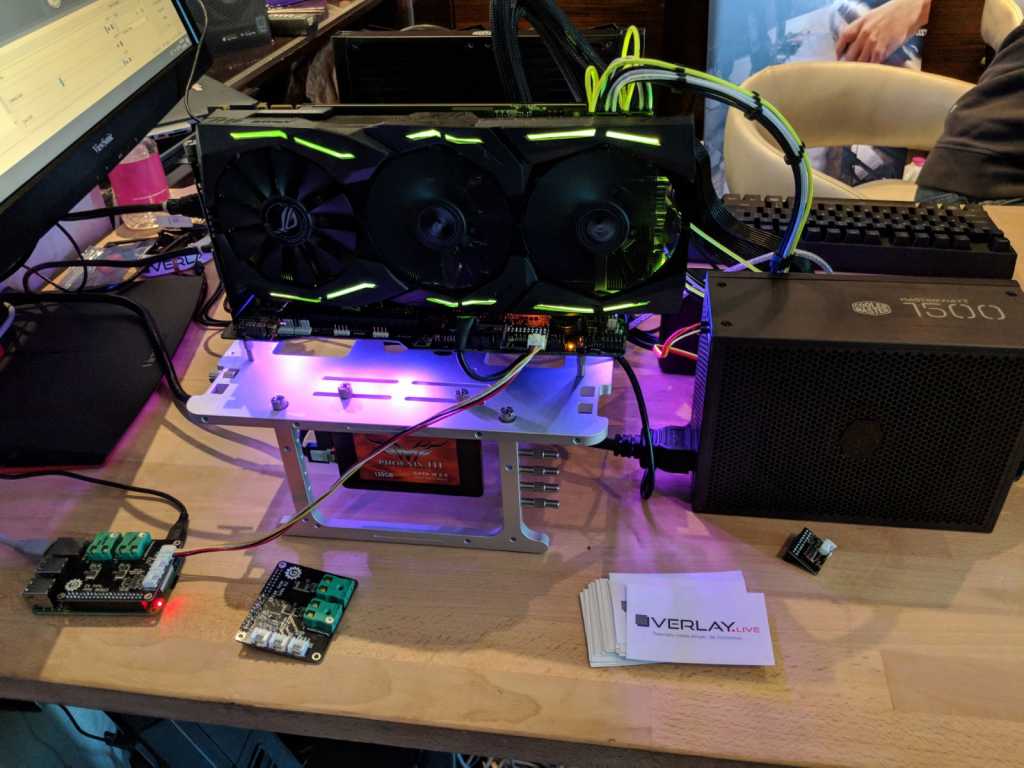 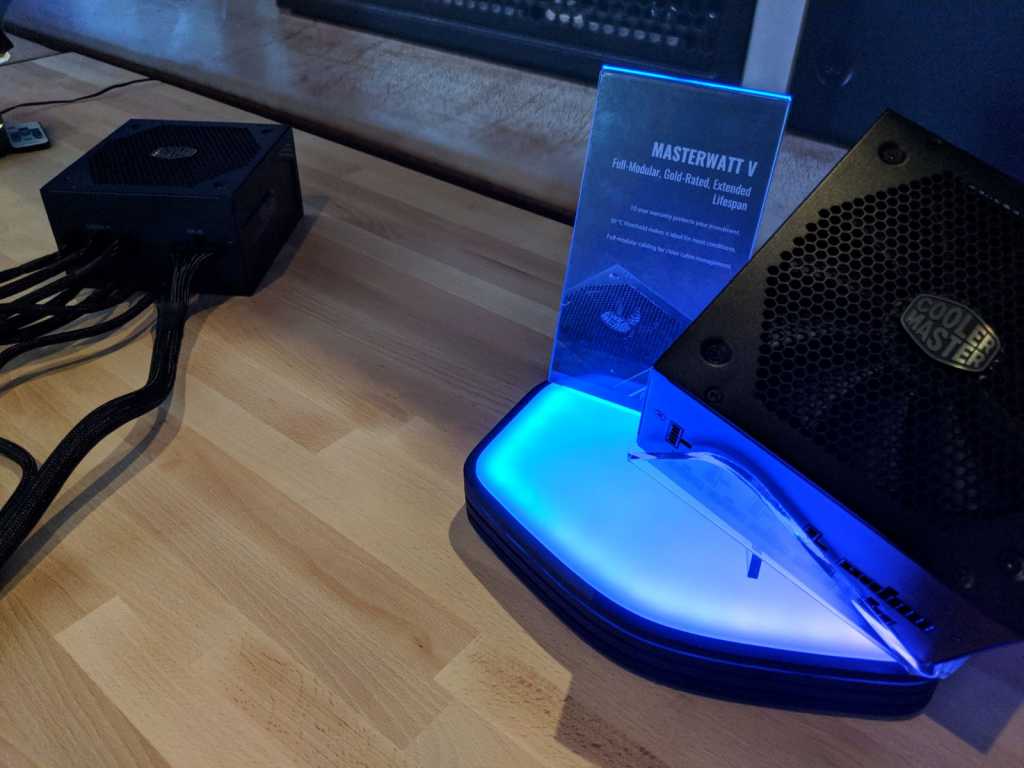 One of the smartest power providers ever created

One of the intriguing news at the booth was the technology beneath the surface of the new MasterKeys MK851 keyboard: the eight most common gaming control keys (WASD and those that surround them) have an innovative analog pressing mechanism from Aimpad, a company that specializes in the field. What takes place in the game, but also the relative intensity of the pressure, since the mechanical mechanisms in these keys are able to measure the distance between the button lid and its lower part and respond continuously (or analogously) to its movement. 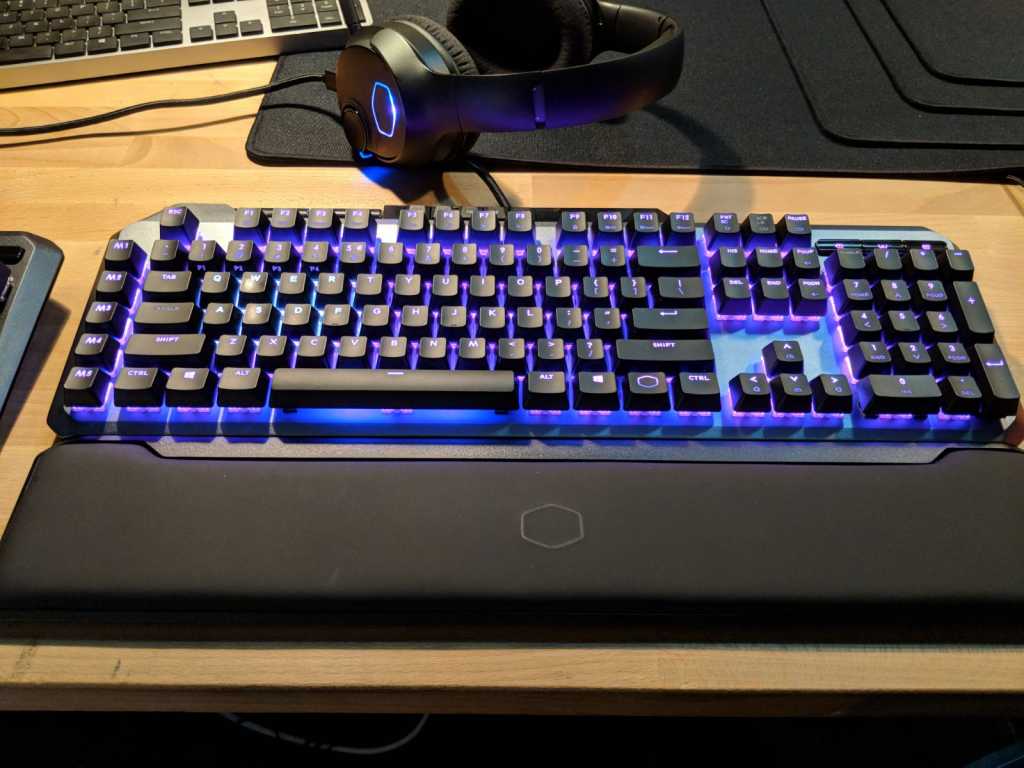 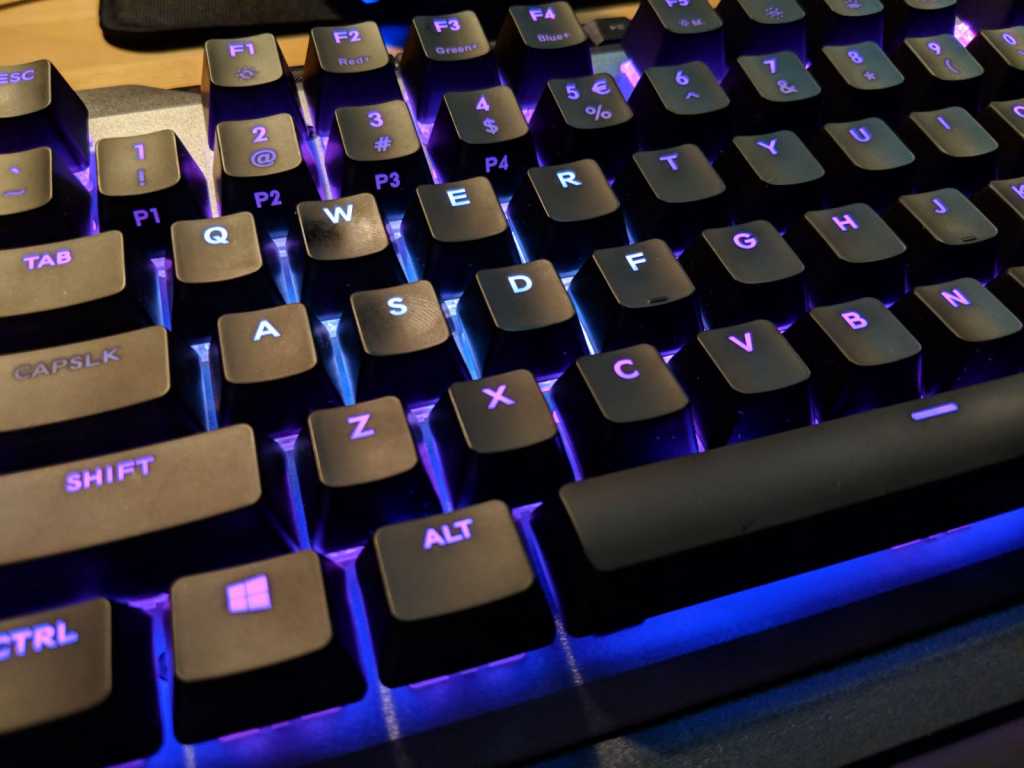 This keyboard looks pretty standard - but it hides Technology Impressive inside

This is a relatively new mechanism in the world of keyboards, which will probably need more time for you to get used to and for applications to begin to exploit its potential - but it is undoubtedly one of the promising future directions of the peripherals market, andCooler Master He becomes one of the first major players who adopts him with both hands. 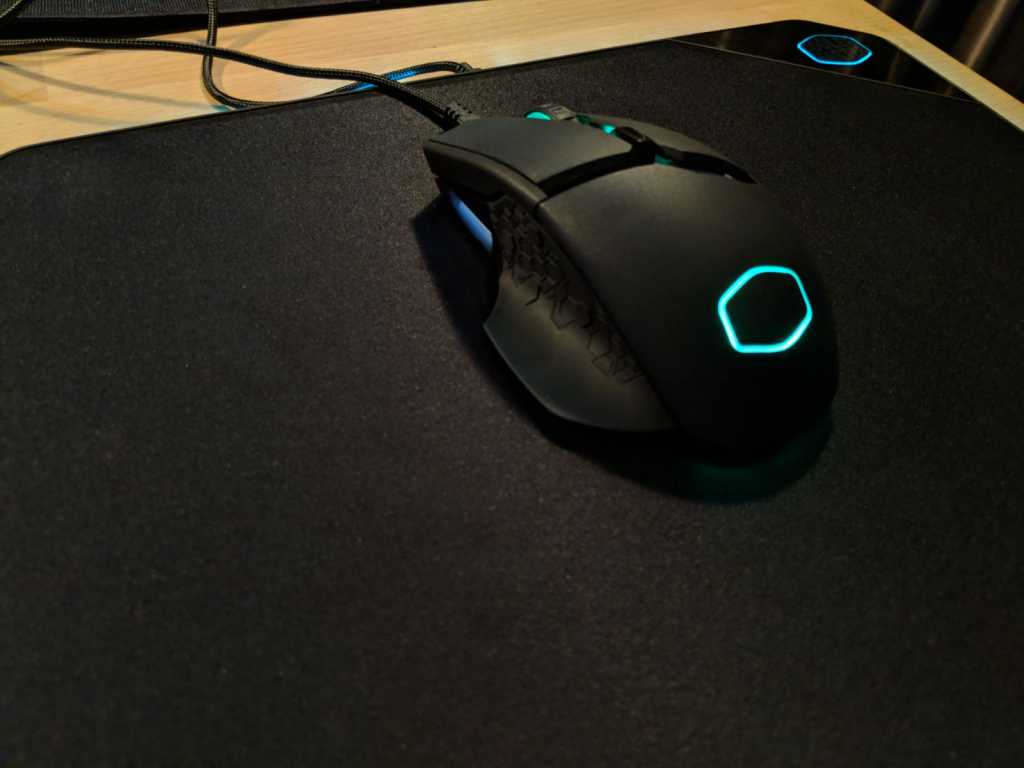 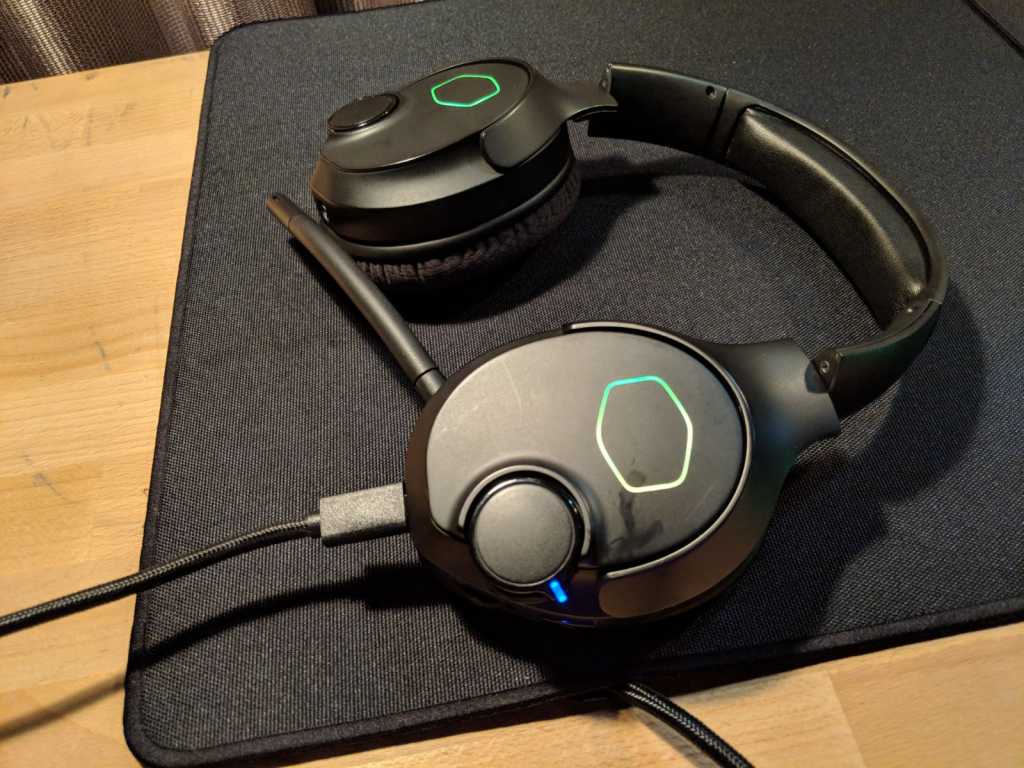 There are also current mice and headphones

Mobile cooling is perhaps not the most prestigious and popular product on the market, but Cooler Master certainly stands out in the existing selection, with pretty sharp designs (at least in the eyes of a young audience) that momentarily confused us and led us to think that the manufacturer Scruples Under her name. In fact - maybe this will be the next step? Feel free to judge for yourself.

The position of dreams

To-Cooler Master A gradually expanding gaming product line, as befits any prominent peripheral manufacturer, and our most effective demonstration we got as part of a ready-made dream gaming stand in the corner of the compound - with a comfortable gaming chair that looks like it can be pulled out of a race car, generous convex screen and of course keyboard stand, mouse , A mouse pad and headphones all on behalf of the company. This is without a doubt an array that most gaming enthusiasts in the world would very much like to see in their room.

We continue to provide you with the hottest stories from the CES 2018 exhibition - be sure to keep up to date and follow.