The new NVIDIA At $ 249 it is an interesting product that is right in the middle of what is considered basic video cards and advanced video cards - how much better than its predecessor? We went out to check

A busy period is moving into the middle market of the video card world, a period that began in the previous quarter with a host of launches and price changes. Among the latest video cards it launched NVIDIA In the presence of the GTX 1660 Super.

This video card combines features of a traditional GTX 1660 with those found in the GTX 1660 Ti. The promise is to create performance that does not compromise on the price that falls on them. If the GTX 1660 Ti is priced at $ 279 until recently, and the GTX 1660 at around $ 219, the GTX 1660 Super comes to us with an official price tag of $ 249 and is aimed directly at the largest market share for gamers in games with 1920 × 1080 resolution. 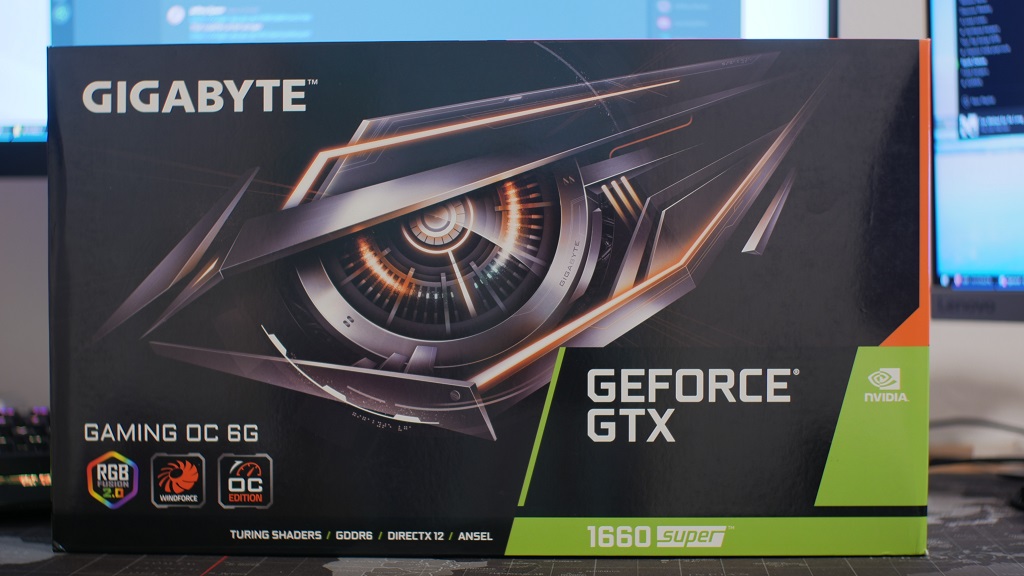 As for the technical data itself - the video card GeForce The GTX 1660 Super contains the TU116 core that is manufactured in a 12 nanometer process factory TSMC Taiwanese. This core contains 6.6 billion transistors and 284 square meters.

As a result, it is basically a hybrid of features between the two video cards that have existed so far. 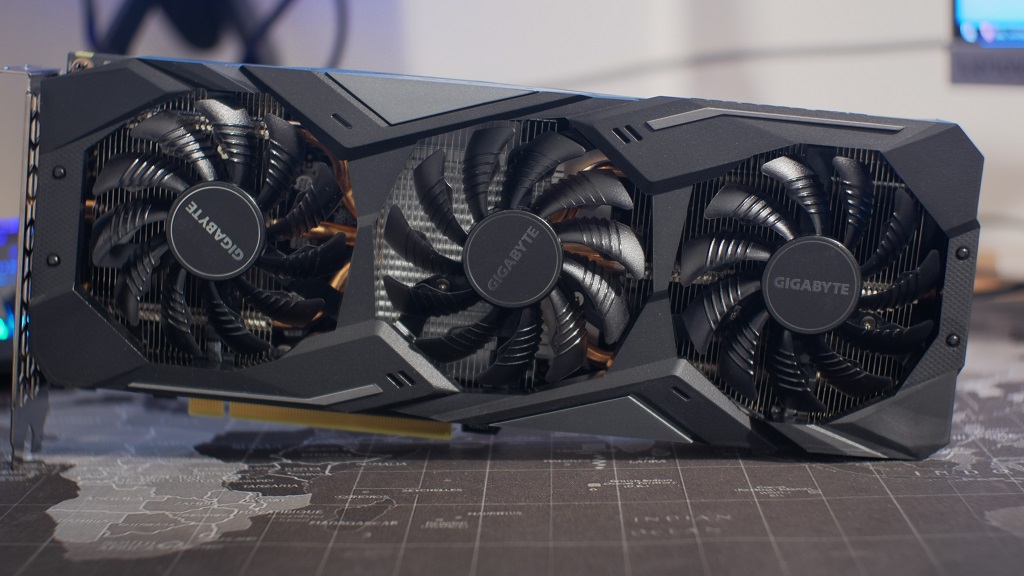 Specifically, though in this review is the Geforce GTX 1660 Super Gaming OC 6G of GIGABYTE. This model comes with The fast Easier from factory and three-fan cooling and copper tubing. 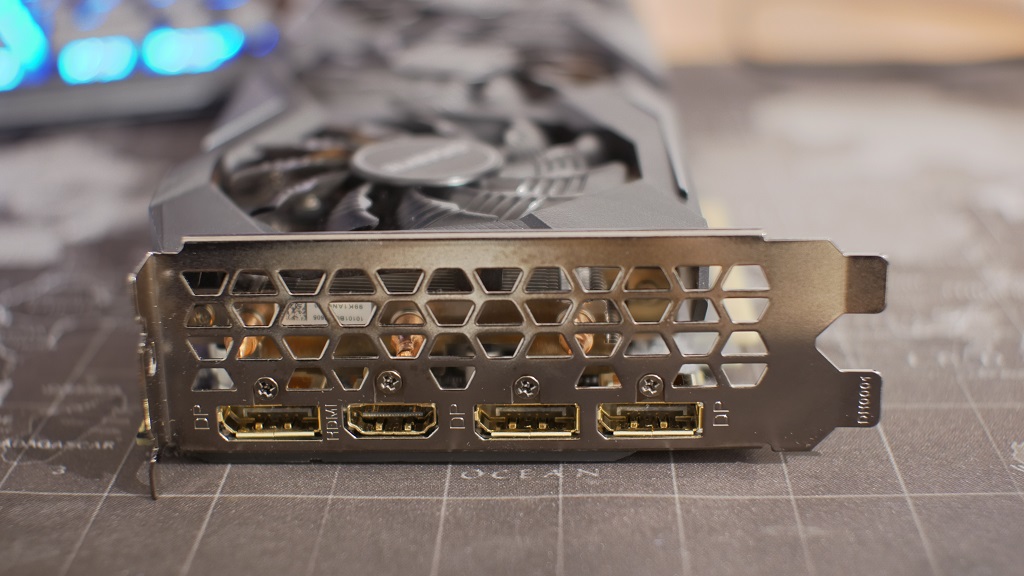 The card has three ports DisplayPort 1.4 and EXIT HDMI One 2.0b. All four can be used in conjunction with up to four screens. 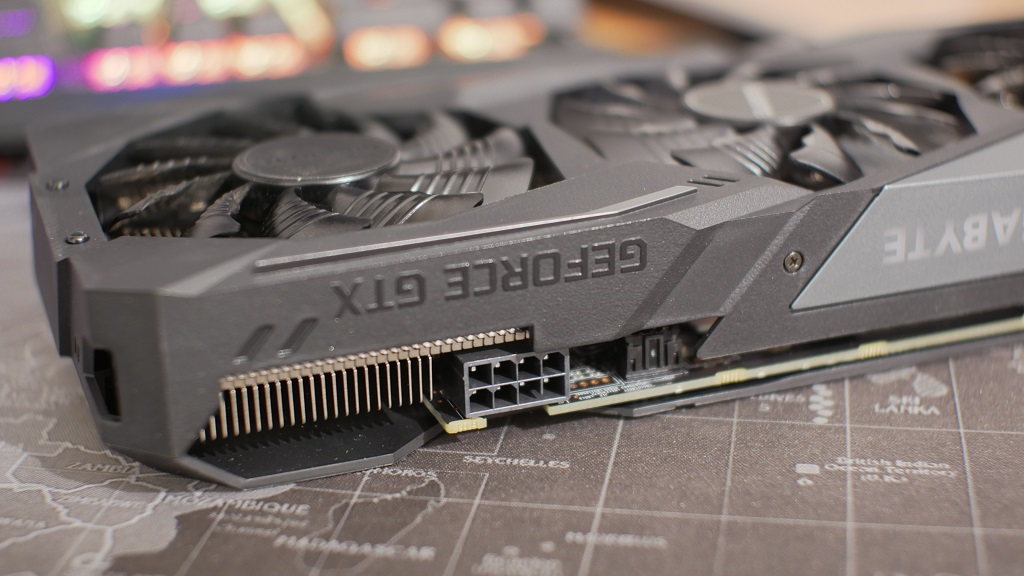 This video card is powered by a single 8PIN PCIE power supply connector. Its total heat casing is set at 125 watts. 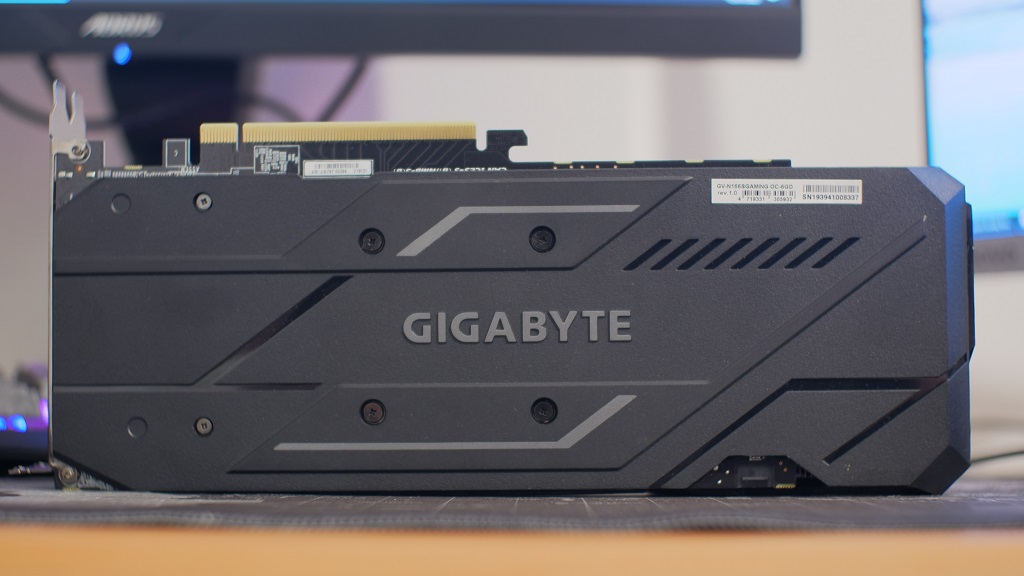 The back of the video card has a back plate, but it mainly serves visual and physical damage protection to the printed circuit board. This is a plastic frame, so there is no heat transfer from the printed board. A video card with such a shell also does not need a metal chassis.

This is how the video card looks in profile when it is installed in the chassis. There are RGB bulbs on the logo GIGABYTE It can be controlled via RGB software Fusion 2.0. Card thickness 2 slots only. This video card is 28 inches long and will fit most standard computer cases currently sold in the DIY world. 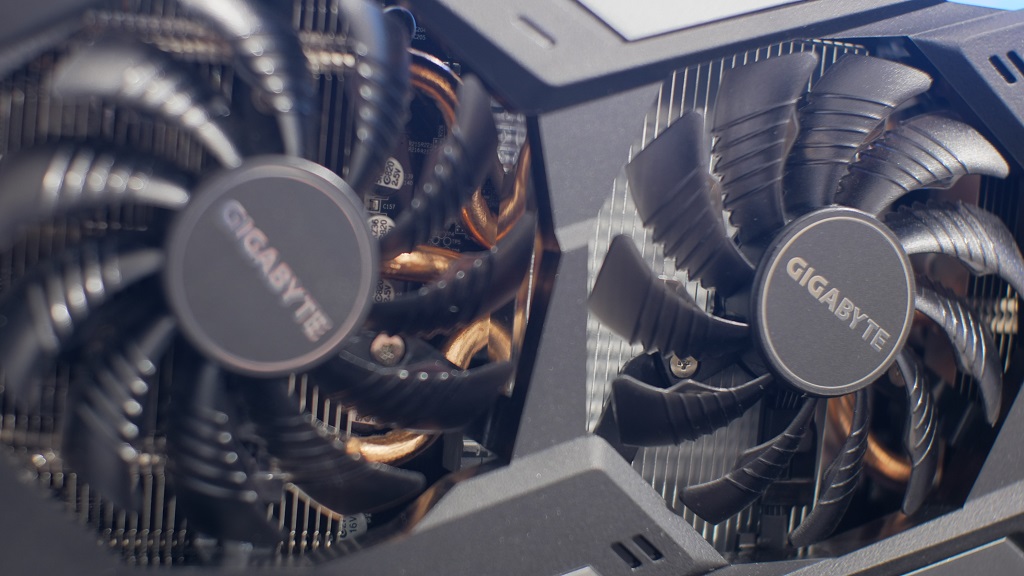 The video card has three 80-mm fans that throw air on the body Cooling Which contains three copper tubes for heat conduction and aluminum foil throughout the card.

Without exaggerating - time for the performance tests on the next page!