By
The secret is in response
Heavy mice, easy-to-slip mice, mice suitable for small palms, awesome mice with a comfortable incline near, mice without side buttons, mice that side buttons are not what they are missing… There is no doubt that all Gamer Its specific preferences, and not everyone will draw the ideal mouse with exactly the same features.
There is only one thing about him Gamer Do not argue: A good gaming mouse is a mouse with instant response time, a point. No one likes to be limited in the game by a slow mouse, especially in fast games where the importance of quick response is crucial. Thus, what distinguishes gaming mice from a lot of ordinary and cheap mice is the ability to display latent response time.
Wireless Gaming Mouse?
In the vast majority of cases, the mouse with the immediate response will be found in the form of a wired mouse, the current configuration for gaming mice. gaming Mouse radio Did you say that? No one can even imagine a mouse with immediate reaction time radio.
Wireless mice have a controversial start. While they carried the "technological miracle" of working with a mouse without the need for a connection, the last thing that could be said about them is that they are fast, have immediate response time or are convenient. Since the prevailing opinion is that a gaming mouse will not provide the appropriate response times for games.
After all, over a decade has passed since those slow-moving wireless mice appeared, and wireless mice are slowly entering the consciousness that are not ashamed to bear the striking labeling of "fast gaming mice." What's left is to put prejudices behind, and see if today's wireless gaming mice are really capable of aligning with the response times of wired mice.
Big Brother
In this review we will discuss the G700 mouse, which is by chance a gaming mouse radio Decorated with many promises and features such as multi-side buttons, quality sensor, uncompromising comfort and many more. But this is not the end, the high expectations from him come not only from the promises he boasts, but also from the fact that he is the almost senior mouse in the G-mouse series, and comes with a price tag of $ 99 abroad, and about 450 NIS on average in Israel. 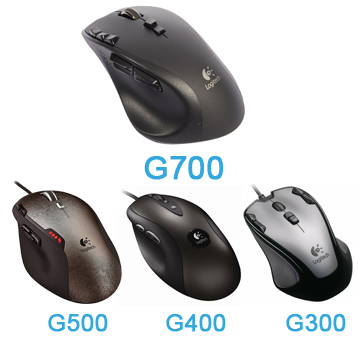 In its category, the G700 mouse locates over well-known and well-known series such as the G500 and G300, and is actually a continuation and an improved version of past mice that have been praised as the G7. If so, the expectations are very high, and if Logitech has the courage to put at the top of the list is so fancy mouse radio, There may be a reason for this, and in this review we will try to check whether the G700 is really the gaming mouse we would choose from all of them.
Page 1 from 4
12...4הבא
Tags: Logitech