after AMD's exciting announcements With a significant focus on the mobile market - comes the turn of Intel Reveal her cards, when in this case we should see an attempt to regain some momentum lost in the desktop.

Expect talk about Comet Lake-S processors (yes, still in the 14 nm production process) for the stationary market, Comet Lake-H processors for the mobile market with a 45-watt power shell, economical Tiger Lake processors for the 10-nm mobile market to be used as heirs to -Ece Lake will feature Xe-era graphics cores - and a Ghost Canyon modular desktop dessert platform that will provide discreet graphics card upgrade and support for the first timewalnut.

Intel has been giving the world a brief glimpse of its future products a few hours ago - with a promise of 5GHz or higher operating frequencies for thecore i7 andcore i9 mobile phones which will include eight physical processing cores. Is this something that will allow the company to handle 7 nm processors Mobile Modern octopus made by rival? We'll find out in a few minutes.

CEO Bob Swan takes to the stage, with today's leading idea being intelligence through intelligence - and innovation through Intel Whose name is derived from this word naturally.

The amount of information that is worth billions of years is consumed every year - and right now only a very small part of it is processed through applications artificial intelligence Different.

The giant company aims to incorporate artificial intelligence into all its products in the market - and the show we start with no other than Mobilai, documenting a test drive of vehicle Autonomous in the streets of Jerusalem. Local respect, sort of.

In the center of the actual devices for the main event in CES 2020 - an innovative laptop with a folding computer, just like a smartphone Galaxy Fold or Mate X, from home Lenovo. 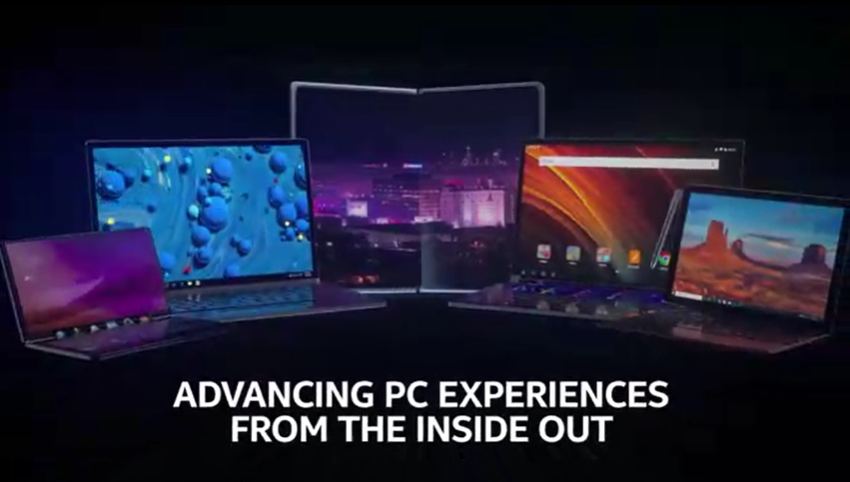 Project Athena for state-of-the-art laptops continues to evolve - with the expectation of more than 50 different models that have undergone this customization and certification this year, along with the first Chromebooks to join models based Windows. 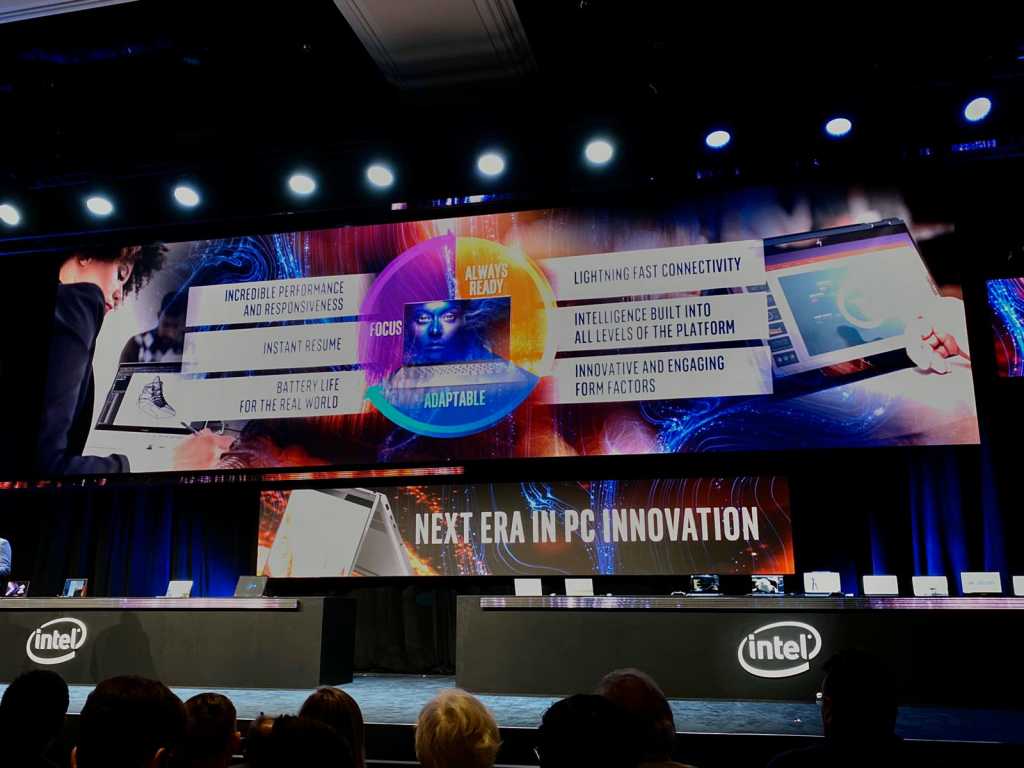 Laptops with 5G connectivity built into them, fruits from the collaboration of Intel And the company MediaTek Unveiled at the end of last year, stores will be available starting July 2020.

Dual-screen mobile phones continue to star - thanks to Lenovo and Dell, which of course are based on the processors of Intel.

First teaser for next-generation portable Tiger Lake processors - with Thunderbolt 4 technology being unveiled here for the first time. There's also a new Xe architecture (Generation 12) for the built-in graphical core that will double the performance we saw in the graphical core of the Ice Lake models - all in a particularly tiny dimension for chip The processing itself and for the full motherboard.

For dessert, a teaser for the first dedicated graphics processing unit from home Intel - The DG1 we heard about earlier, which will also target the mobile world in the first phase. 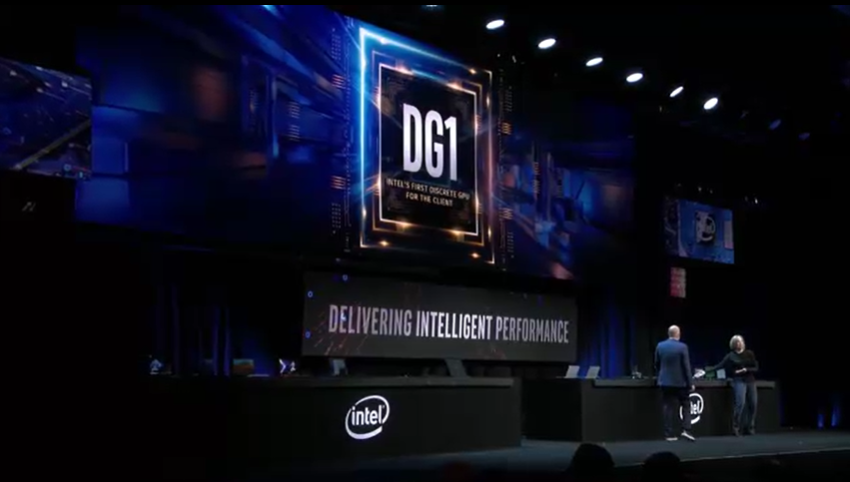 The event itself is over - but we are sure we will have plenty more juicy tech news from home Intel And its partners within the next few days of the largest technology show in North America. Keep following us for all the details!