The ninth generation Core i9 processor has reached the mobile world with full power Processors With four to eight cores, just like the desktop market. Of course, as a result, notebook manufacturers are on the market with a variety of updated models. Asus hardware manufacturer looks like the most serious in the sector with a wide line of computers Mobile Series ROG (Republic of Gamers) to the various gamers and content creators.

At a press conference held by the big hardware manufacturer Assus in Istanbul, we got a glimpse into the new laptop models that break the boundaries of the familiar relationship between physical dimensions Performence. Mighty capabilities don't mean a big, bulky computer nowadays - so we boarded a plane and got to the convention to see what it was all about. 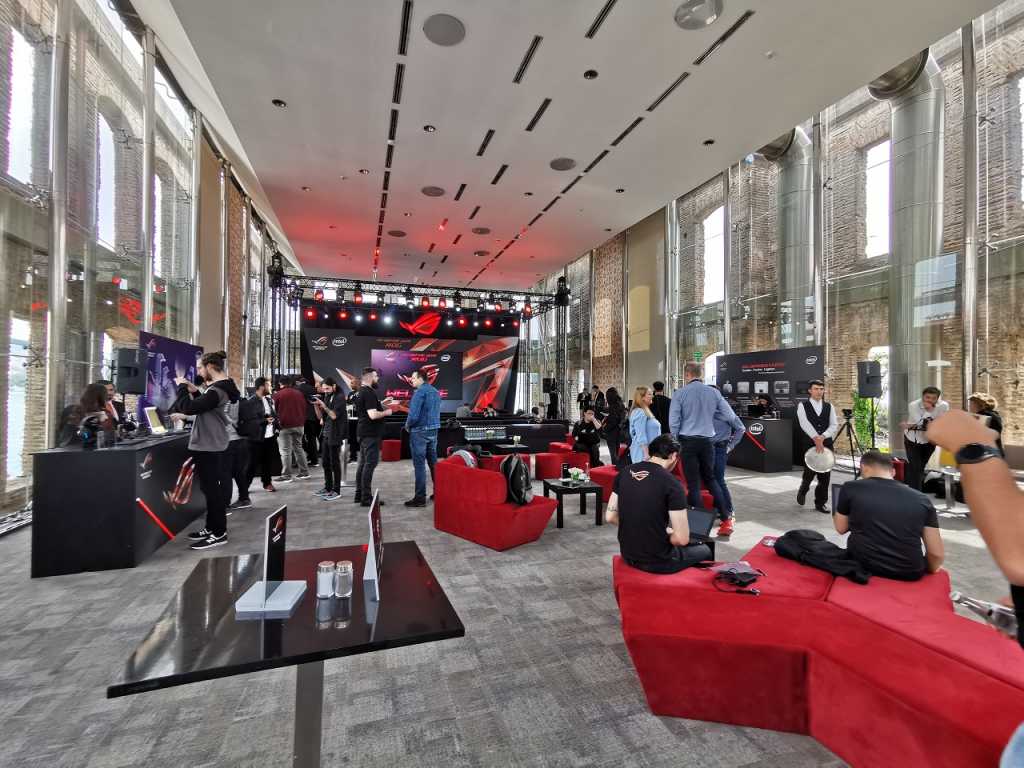 Among the different positions in the conference we experienced the various computer models. 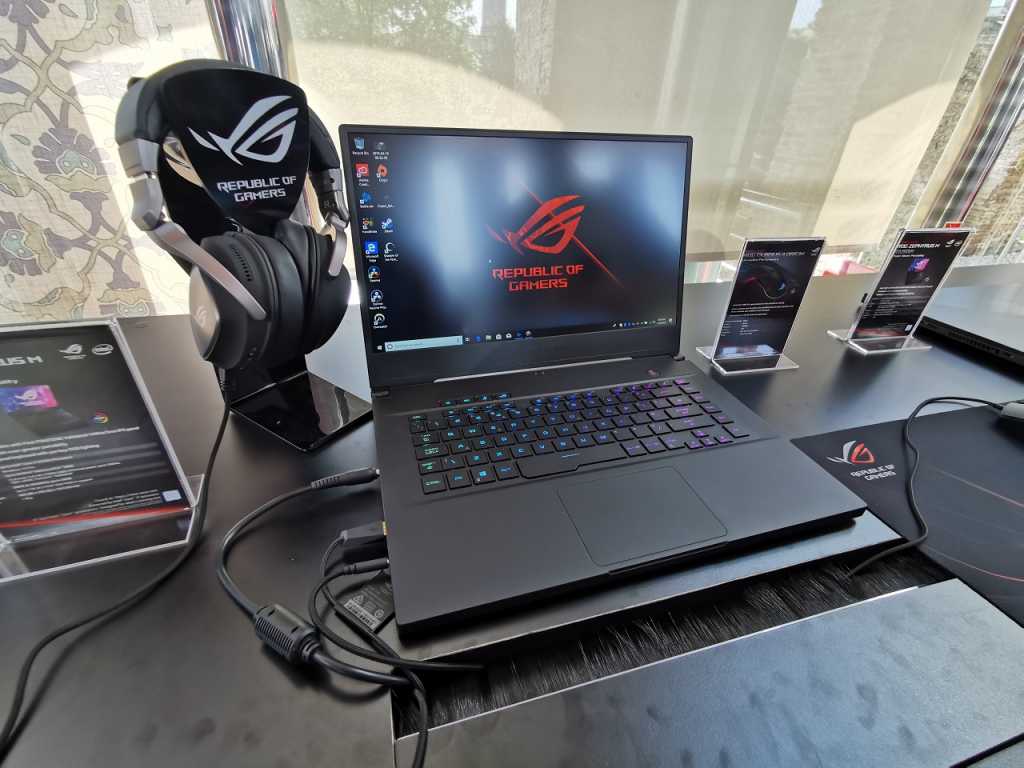 Among the most beloved computers we found on the show is the Zephyrus M, this is a "Lite" series if you want what is considered the company's flagship product. The GU502 in the series contains technical data such as a processor core i9 9750H has an 8 cores and a graphical unit Geforce RTX 2060 6GB - all in a slim, weight-only 1.9 pack.

There is also a video card configuration Geforce The GTX 1660 Ti is fresh, for those who want a slightly more price and rest and graphics performance that are still considered very good under FullHD resolution. 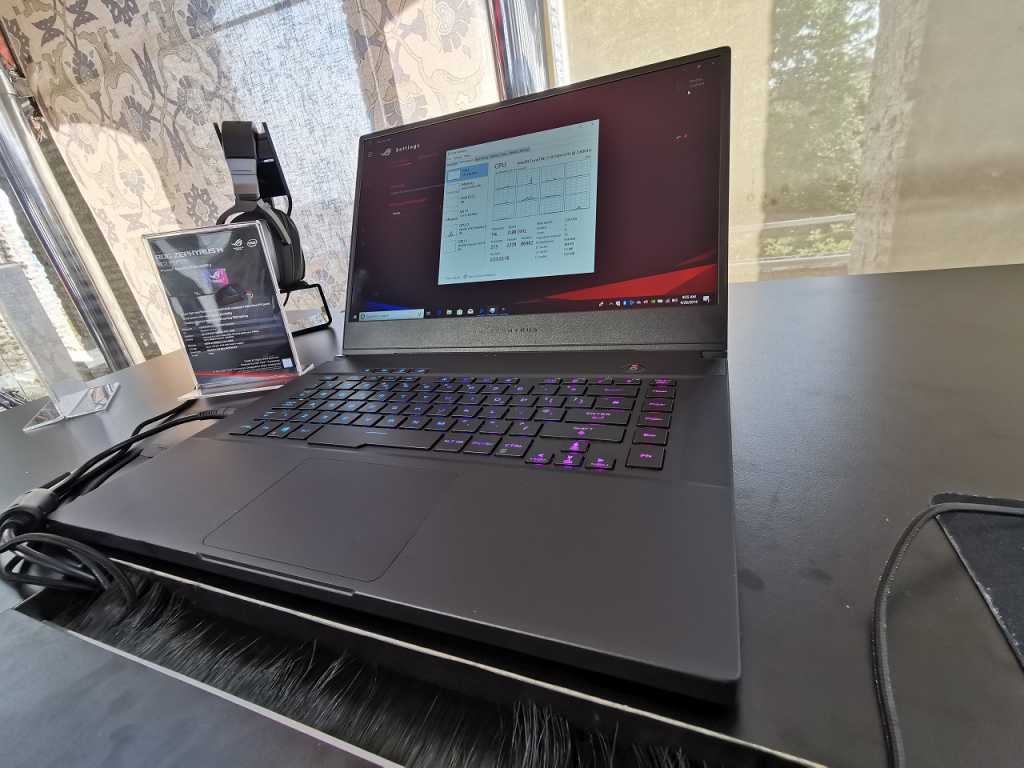 The screen is a high-quality IPS panel with a refresh frequency of 144Hz and an 3ms response time. There is even a version with an amazing refresh frequency of 240Hz to display up to 240 frames per second, a standard that is especially popular in the world of electronic sports. Want more? No problem. The Strix Scar III has an even greater caliber of performance. This model comes with a powerful Core i9 9880H processor and powerful GeForce RTX 2070 and GeForce RTX 2080. Of course there are slightly cheaper choices with Processors Of the lower series.

Did you think the event would pass without at least one crazy computer? So you thought. Meet the Mothership GZ700, one of the wildest creations of Asus In recent years. 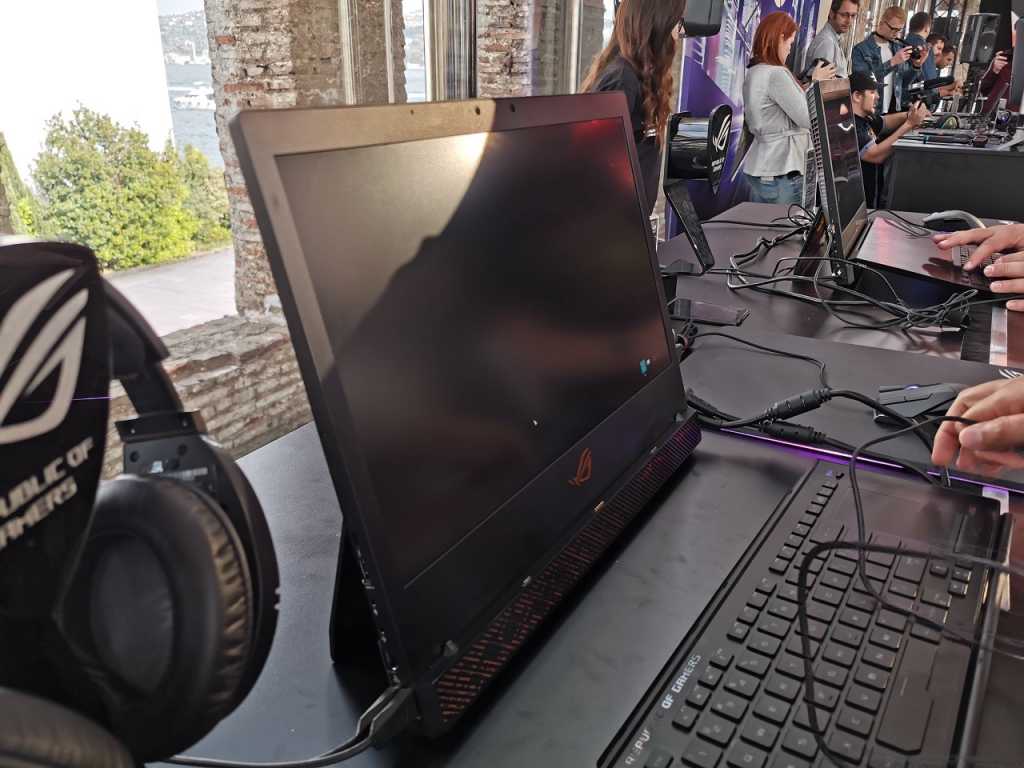 This is actually a computer that has an advanced screen and stands on a stand, just like טאבלט grown. It comes with a wireless removable keyboard that includes a touchpad. 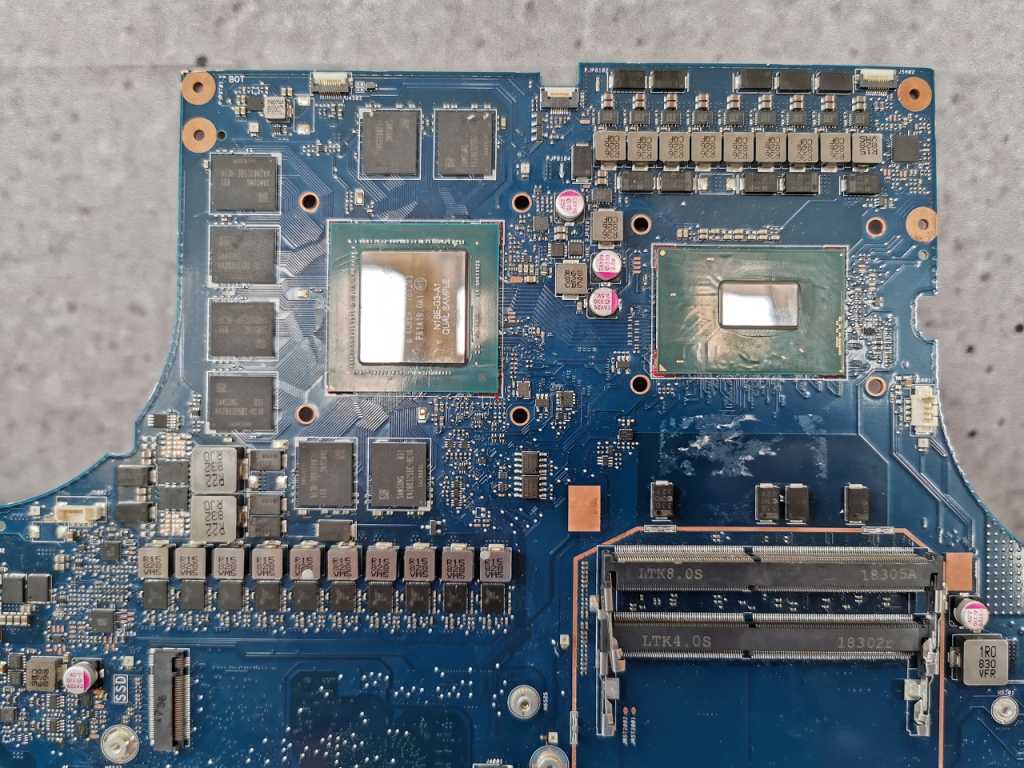 The hardware ASUS entered into this computer is absolutely absurd. The printed board includes a powerful Geforce RTX 2080 video card, next to a processor Intel core i9 8950HK has 6 cores and 12 capillaries, which is similar to what you get on desktop processors core i7 8700K.

There are four memory slots DDR4 To a maximum volume of 64GB and a close update may increase it to 128GB. This is in addition to three M.2 interfaces for drives SSD Protocol NVMe the fastest. 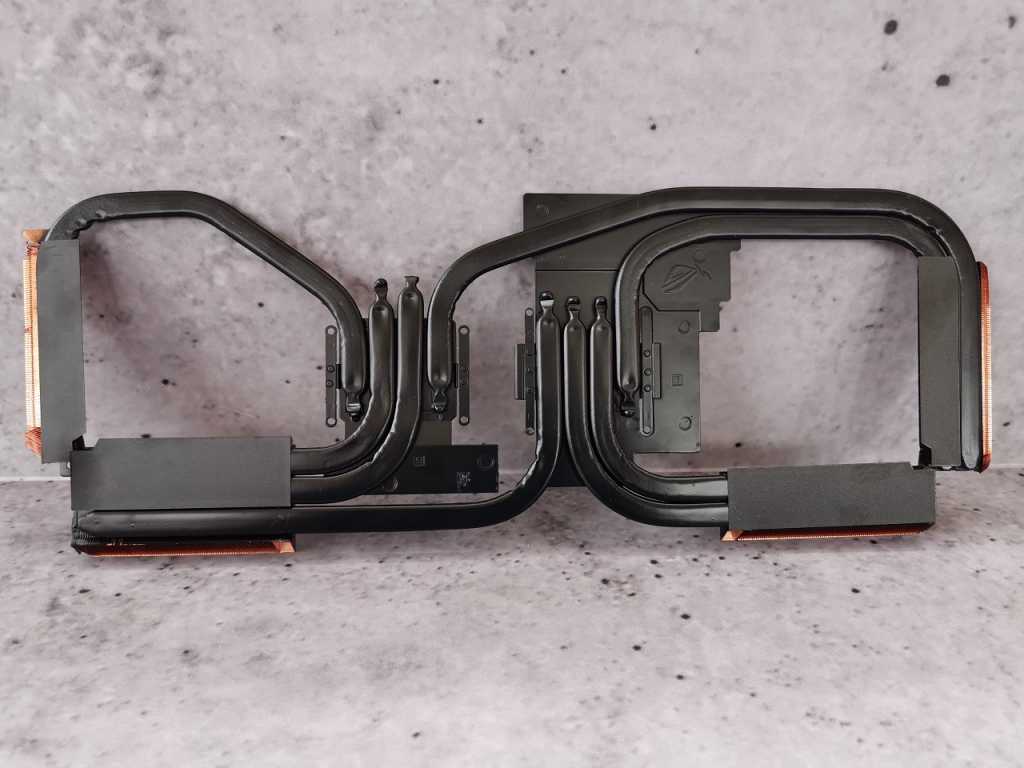 The heat sink is of course compatible with the connection to the various components such as the cores, power stabilizers and graphics memories that are attached to the graphics core. This large heat sink also receives two fans. 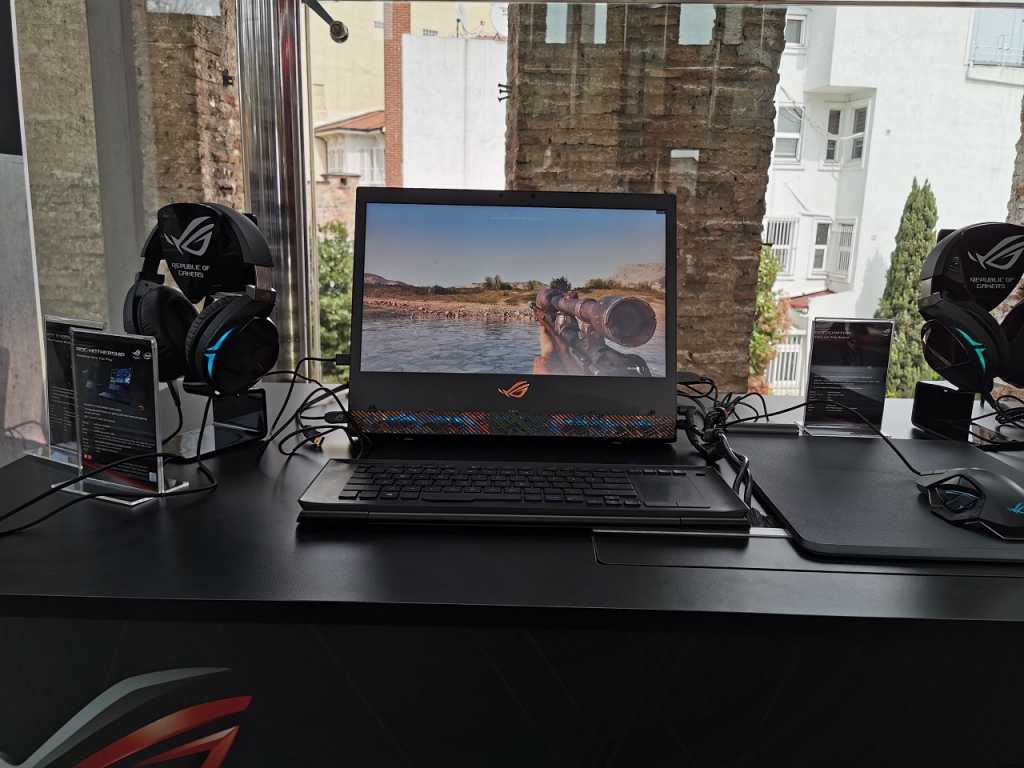 The computer screen is 17.3 in size and 1920 × 1080 resolution. The screen is IPS type and refresh frequency of 144Hz. Mothership has two external 280W power supplies each, and they are required to operate the machine. Its weight is 4.7 pounds.

The mother ship is expected to cost about NIS 1,000, and despite that Performence The mighty certainly made us scratch my head in confusion. Those of you who think that such a computer can be used compared to other computers, please feel free to hear in response to these uses you see yourself using a computer of this size, not necessarily even with such powerful components. 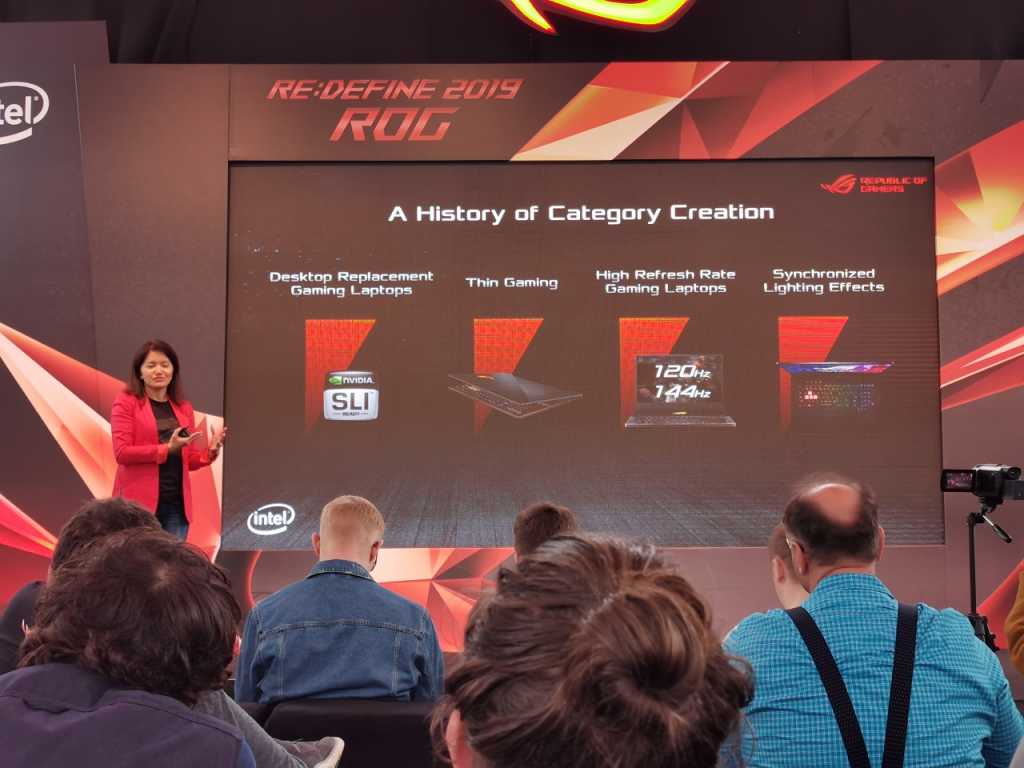 On the stage came Vivian Lian, marketing director of the Asus ROG division. She emphasized how the market is changing towards electronic sports gaming, how Gamers Some devote long hours in the game, and how the genre of the Royal Beatles has captured the world lately. 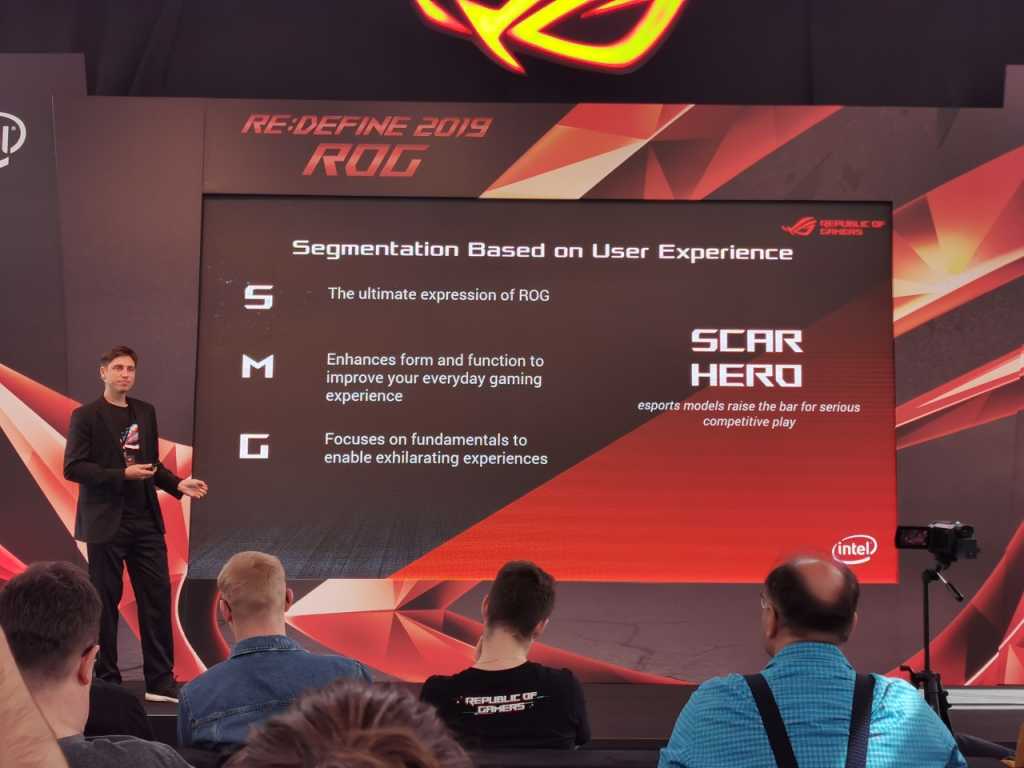 Among other things, we were told about the difference and the breakdown of the series he does Asus On new computers where S is a non-compromising experience, M is a more budget series and G is at the bottom (everything is relative). Of course the bottom here is quite high, when there are G models as you have seen that also contain quite proper hardware like RTX 2060 or GTX 1660 Ti.

In conclusion, it seems that a serious effort has been made Asus Market the new series and demonstrate their engineering capabilities so that everyone can find something they want. It will be interesting to see how this new family will succeed in the busy market - not just among the gamers but also the pros.