The hardware and computing equipment maker Dell is raising the bar this year when it comes to the experience of using screens. At the CES show in Las Vegas, it shows what looks like the ultimate screen for gamers with money. The UP3017Q is an 30-inch screen with an 3840X2160 resolution (also known as 4K). Such screens have quite a bit, so what makes this screen so special? 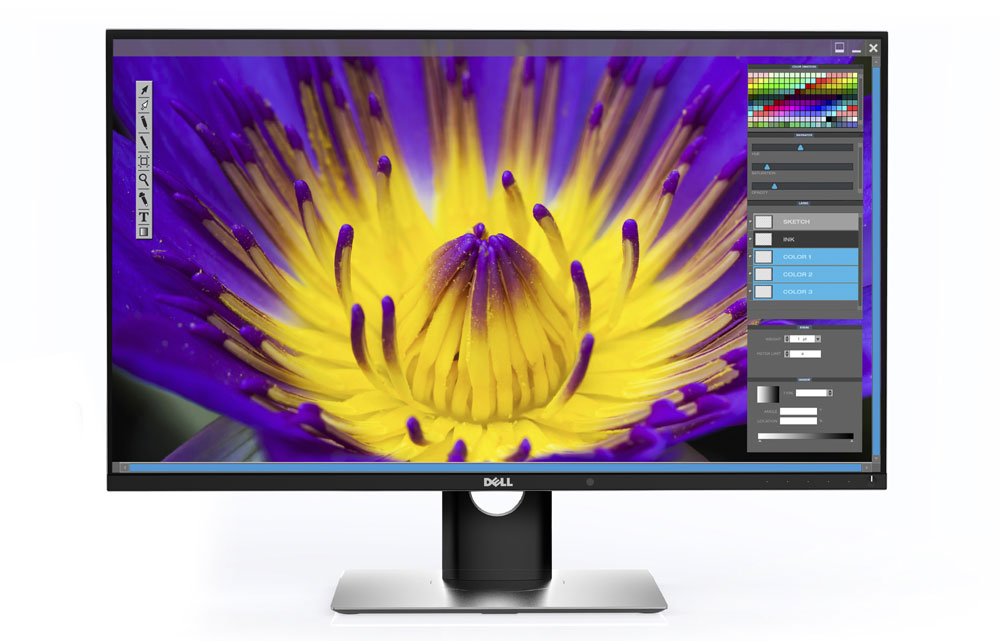 The first feature that makes it special is the use of the view OLED. View OLED Provides vivid colors and excellent precision. This screen supports the AdobeRGB color gamut at the rate of 100% so that it will definitely appeal to graphic artists and photo editors. OLED Also known for its ability to provide black colors and very high contrast when needed. Another advantage of usingOLED Link to the second reason that makes the screen special - extremely low response times of 0.1 milliseconds. This is a record-breaking response time for a screen of this size.

A great view that jumps to 120 תמונות For a second

Ok, so we have an impressive 30 display screen that also uses OLED technology. What more? Well, here's the icing on the cake - its transmission frequency is not 60 traditional run but rather 120 Hz, giving it the ability to display up to 120 images per second. AMD and new graphics cardsNVIDIA Which will be launched later this year DisplayPort 1.3, along with the ability to transfer a huge amount of information that enables 3840X2160 to be run in double quantities of 120 תמונות For a second. You'll probably need at least one if you're going to play on this screen. On the other hand, budget does not seem to be a particularly big problem in such a case.

The price of the UP3017Q is US $ 4,999, or the same amount in Euros in Europe. Dell currently has the right to charge such a huge price to something that simply does not exist in others. There is not much left to fantasize about the unique and powerful experience that such a screen can provide. When does such a screen look like a reasonable amount? It's hard to believe this year will happen, but be sure other manufacturers like LG Already hard facts about competing product.