Acer uses its new generation of processors Intel To create a spectacular computer, just before the rest of the competition

In what constitutes a complete contrast to the terrifying Predator 21X, presents to us Acer Also its new Swift 7 mobile - which manages to overtake the HP And picking up the (coveted?) Title for the thinnest computer in the entire market, with a thickness of only 9.98 millimeters at the thickest point which enters the territory that was previously reserved for tablets and smartphones only.

The Swift 7 is made of an aluminum shell that combines black in the outer area with a golden color on the inside - in a somewhat similar way To Spectre 13, which had the title of the thinnest laptop only a few months ago - With a standard IPS screen without a 13.3-inch touch interface and 1080p resolution protected by Gorilla Glass cladding, a dual-core Core i5-7Y54 chip from the Kaby Lake generation of Intel Newly announced, DDR3L RAM of 8GB, drive SSD Of 256GB, a system Windows 10 in the Home version and an 40-watts battery that should be sufficient for my life battery Relatively handsome for up to nine hours.

The Swift 7 is also characterized by a minimum weight of 1.1 kilograms (although we have already seen Mobile Weighing less than a single kilogram, including larger ones with a 15-inch screen, 802.11ac Wi-Fi connectivity with a 2 × 2 antenna array, a pair of stereo speakers, an impressively large touchpad that also includes a built-in fingerprint scanner - and a pair of connectors USB The 3.1 Type C is only slightly thicker than the chassis itself and will be used both for charging the laptop and for transmitting the information and viewing it to and from it.

With expected availability in October and with a price tag of $ 1,000 in the United States (excluding taxes) or € 1,300 (including taxes) in Europe, the Swift 7 can be seen as a very interesting option for those looking for the most compact and portable computer money can buy in days These - but it seems that he is certainly not without limitations.

Its Core i5 processor may be confusing, but it's actually an ultra-economical 5-watt Core m4.5 processor that has received an up-to-date branding in the new Kaby Lake generation, probably due to Intel's desire to reduce the stigma created for these models as weak and inferior to the Common and popular Core i. The final performance of the Swift 7 will depend significantly on the cooling solution (passive and silent, by the way) that Acer chose to implement, for a practical thermal shell of only 3.5 watts, 4.5 watts or 7 watts According to manufacturer's definitions. We already know that the performance of Mobile Depends directly on the quality and efficiency of its cooling - but in this case it seems that we will not know what we will actually get until they receive the first reviews that will shed light on performance and capabilities beyond what is written 'on paper'.

In addition, choosing 'Apple-style' to include only a pair of USB Type C connections as a solution for all user requirements is quite problematic, and will require the use of dedicated adapters or cables in most cases - even for any average USB drive that still includes the large and old Type-A connector. Also the decision to offer only 256GB of storage and mostly only 8GB of memory RAM It is strange given the ever-increasing demand and the processor's ability to support larger volumes. 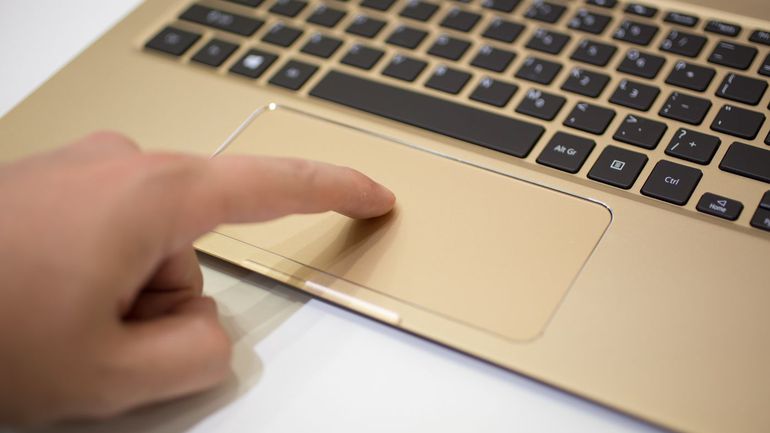 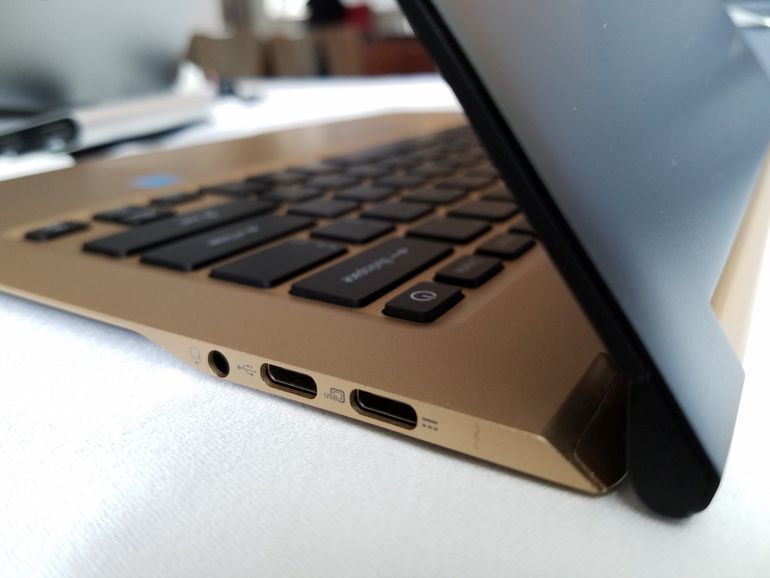 A massive touchpad is probably a great addition, but why are there only a pair of Type C connectors?
Source: cnet.com

Acer has undoubtedly reached an appreciable technological achievement here and has proven that it has worthy engineering capabilities - but only time will tell us whether this is really a device worth considering as your next purchase, or just something to be impressed by and move on.