Hynix began production of serial chips memory Particularly fast, which can be stacked on top of each other in a three-dimensional configuration

For several years now, memoirs have been used GDDR5 In various video cards, when handed down their frequency increased but apart from that much has not changed. One of the limitations in the current memory configuration is limited bandwidth, which affects its share of video card performance (especially high resolutions) in computer games and graphic editing software.

Now, stands at the entrance to the configuration memory New called HBM (High-Bandwidth Memory). This configuration allows the memory chips to be "stacked" on top of each other, allowing more chips to be compressed onto the PCB board as well as significant bandwidth growth. The new memories, which are now being produced Starting with the memory chip maker Hynix, they will be of the type GDDR5, But will reach a frequency of 8 GHz and provide bandwidth that is several times higher than the bandwidth we see today, depending on the amount of layers. 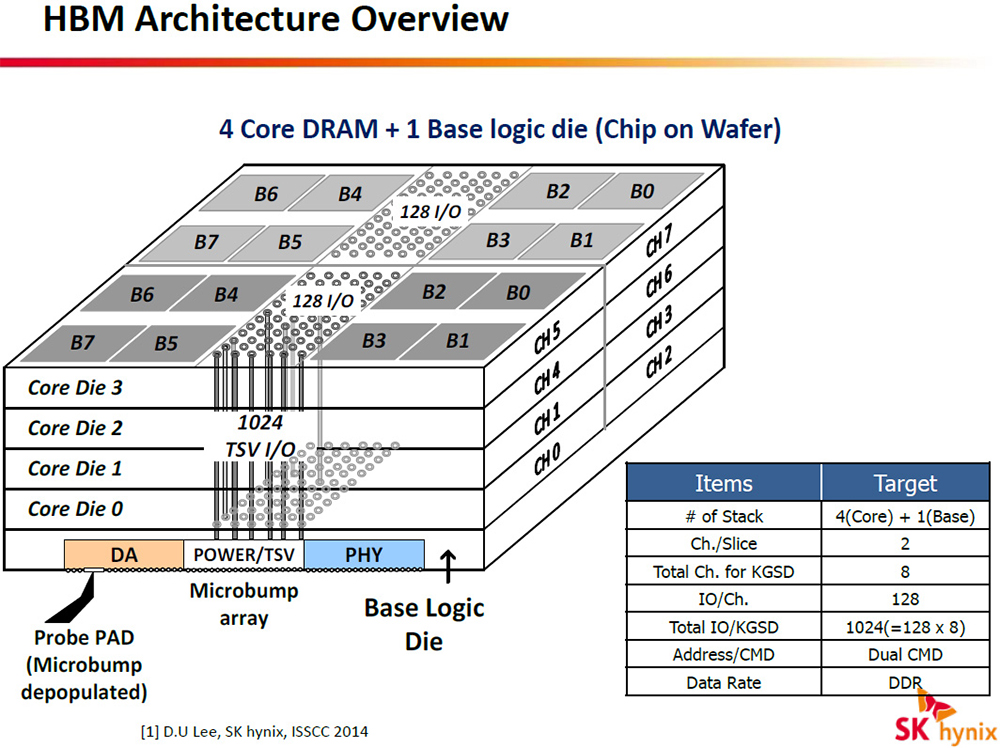 a few weeks ago We saw a glimpse (As it were) to the partial technical specifications of the company's next-generation cards AMD, And we realized that the bandwidth of the memory is 4096 bit. Such bandwidth can not be achieved by the existing memory configuration, which indicates the use of the HBM configuration already in these cards, which was seen in the first quarter of 2015.

Now the question is how much this configuration will add to future video card performance, and whether it will provide significant performance additions toAMD Will emerge from the inferiority position (as opposed to Anuidia) where it is currently involved in video cards designed for the upper market segment. Tell us what you think about the reactions.