Microsoft's first laptop feels like a MacBook Pro on steroids

God-Surface The new Book is even more expensive than theSurface Pro 4, but it may also be the most powerful computer you will find at a weight of one and a half kilos

Along with the promising Lumia 950 and Surface Pro 4 tablet, Microsoft has provided us with another big and surprising announcement in the form of the Surface Book - the company's vision for Windows 10 laptops, which stands out as the most significant competitor to the popular MacBook Pro. Dark, Both in capabilities and in price.

The Surface Book offers a 13.5-inch PixelSense touchscreen with a resolution of 2,000 × 3,000 pixels (still in an unusual 3: 2 aspect ratio), each of which has been individually color calibrated and promises to provide an extremely high contrast ratio of 1,800: 1 Shell made of magnesium alloy similar to that of the Surface Pro 4, a pair of front stereo speakers, 8 megapixel front camera with support for Windows Hello face recognition technology, 5 megapixel rear camera, updated Surface Pen included in the product price, system Windows 10 and also battery Which should provide up to 12 working hours between charges. The weight of 1,576 grams makes it quite easy considering the hardware that can be found in some of the models we will discuss below. 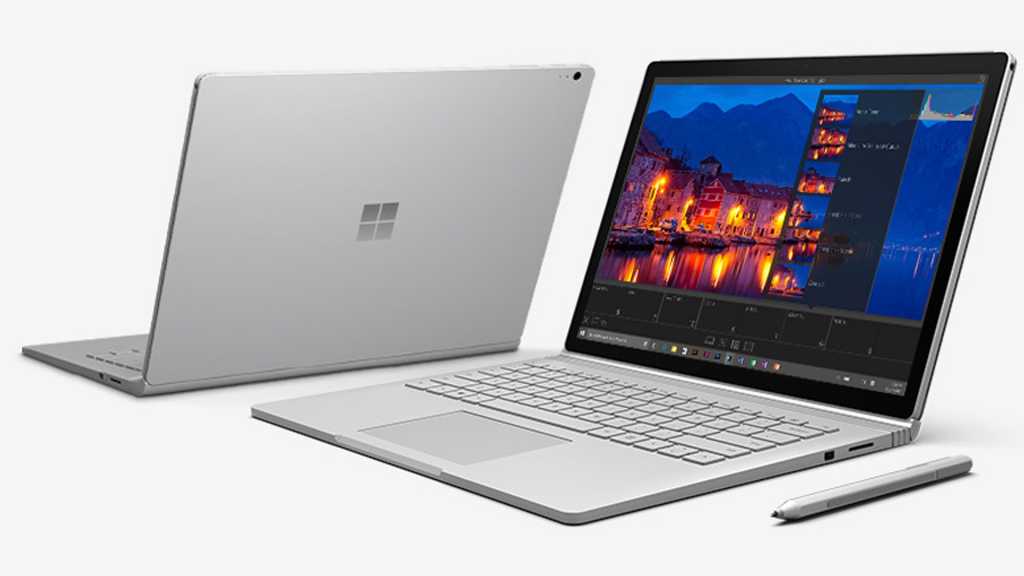 The great uniqueness of the new laptop comes thanks to its hybrid mechanism - we have already seen hybrid mobiles where the keyboard component can be disassembled from the screen component, and those with a 360-degree rotating axis that allows use both as a traditional laptop and as a טאבלט But Microsoft is trying to integrate the two scallops together with a magnetic connector between the screen component (yes, the device can also be used as a tablet separately) to the keyboard component,Surface Book with the screen facing the keyboard, and in the opposite direction so that the back of the screen component is facing the keyboard. In addition, the axis that connects the two components is made up of several vertebrae, similar to a vertebrae bracelet of a watch, so the computer can be used at almost any angle imaginable. The literal explanation is a bit tricky, but the above official commercial video helps to understand the essence of this interesting mechanism in a more convenient way.

Our opinion of the Surface Book is a division, since its basic model will cost no less than 1,500 dollars for which you will get a total of 128GB of internal storage, 8GB of RAM and processor Core i5-6600U double Core - A deal that is quite difficult to justify, with all due respect to the quality of construction and the unique axis of the device.

However, for $ 1,900 or more you get a model that includes a more reasonable internal storage of 256GB - and especially a discrete video card from NVIDIA, whose identity has not been officially announced but is known to contain one gigabyte of dedicated GDDR5 memory. According to recent reports The network says that the video card in question is a custom model of the GeForce GTX 950M - which will have the potential to make the Surface Book a very successful work machine in the lightweight mobile category, even more than the corresponding MacBook Pro models where you will find "only" the Iris core Built-in Pro 6100 of Intel. We will have to wait patiently for official performance tests to test the capabilities of that dedicated video card, but in the meantime it seems that the potential here exists - for those who are willing to invest $ 2,000 or more in a computer MobileOf course.

With or without the video card in question, there is no arguing that the Surface Book is a very expensive laptop that will probably only wink at a limited niche of users - much smaller than the Surface Pro 4 probably, because in this specific case it is not difficult to find computers Mobile With parallel and even better specifications and at a lower cost, if you are willing to compromise a bit on the final weight (something that does not really exist in the window tablet segment, where theSurface Pro was a unique offer, until recently).

We hope that Microsoft will see fit to continue the integration trend graphic cards Dedicated to extremely compact devices, at more attractive prices - and also in the Holy Land officially, similar to what we hope for theSurface Pro 4.