The short teaser video that featured Battlefield V executives deserves appreciation Undoubtedly increased our appetite for more information about Tiger Lake processors, and now it seems that this is something that is indeed supposed to happen in the coming weeks - on the way to the actual launch of computers Mobile First with the second 10 nanometer generation already during the month of July 2020. Ostensibly.

The website of the Dutch chain of computer and gadget stores due to Centralpoint has added detail pages for a pair of versions of Acer Swift 5 laptops with 14-inch screens that will be based on the new generation of chips. Intel - The basic of the two with a model Core i5-1135G7 and advanced with model Core i7-1165G7, which appear to be direct and natural successors to the modelsCore i5-1035G7 andCore i7-1065G7 we know from the generationIce Lake Current.

Base model with 14-inch screen with 1080p resolution and touch support, the Tiger Lake processor in question (with a G7 graphics core that should be the most powerful and advanced version available, based on the names of the models in the Ice Lake generation), dynamic 16GB memory, SSD drive for storage 512GB, Windows 10 Pro system and 802.11ax Wi-Fi connectivity based on AX201 card Intel Priced for 1,130 euros including taxes, ie about 4,360 shekels in direct conversion - while the advanced model includes chip Improved processing and drive storage With a double volume of one terabyte, it is priced at 1,380 euros, including tax, which is about 5,325 shekels. In addition, in the pages for both versions you can find a declaration of availability starting July 27, 2020 - when this may be just a random choice, or perhaps evidence that Intel is planning an official presentation of the new generation in the coming weeks. 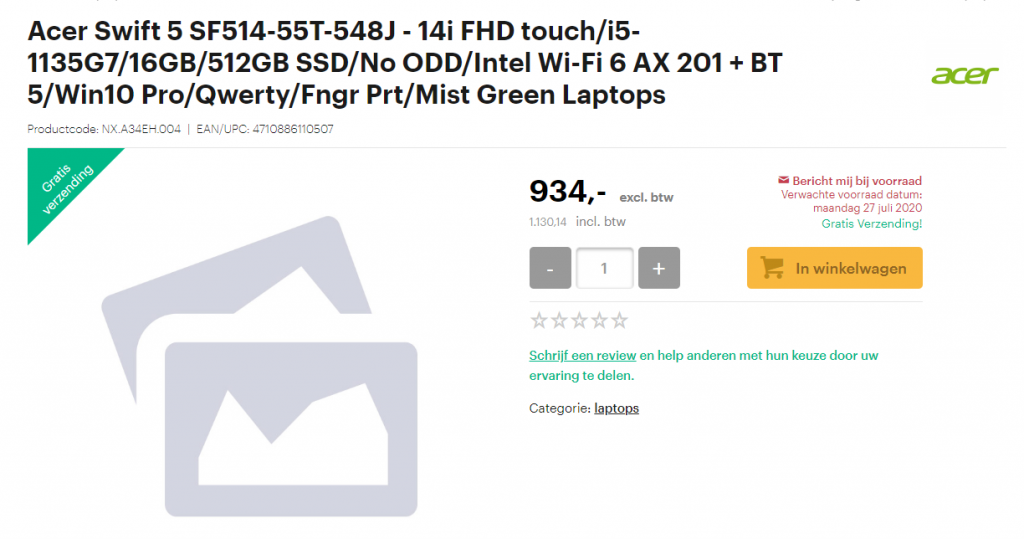 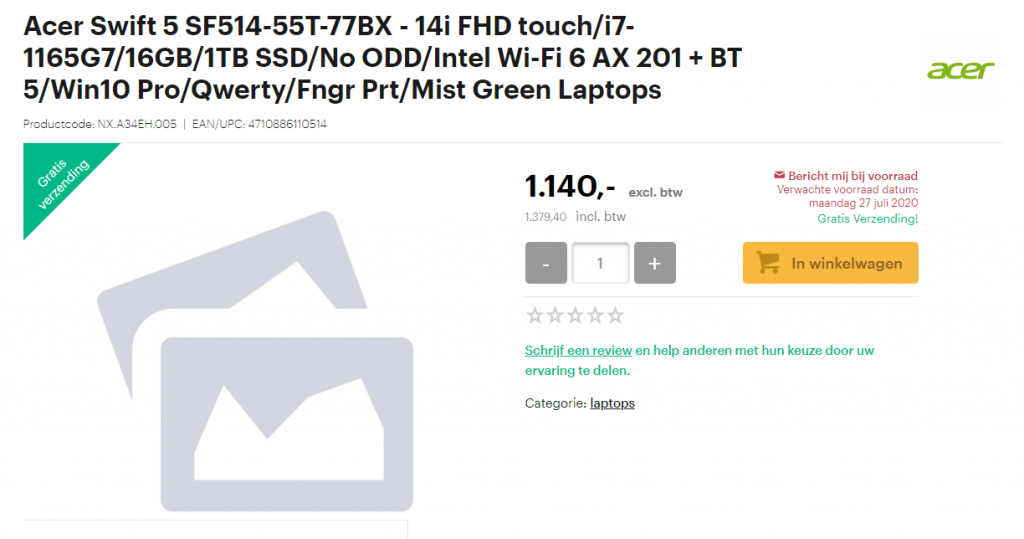 Unfortunately the product pages do not reveal any further technical details about the Tiger Lake processors, but based on everything we have heard so far and based on the corresponding Ice Lake processors we can predict that theCore i5-1135G7 andCore The i7-1165G7 will offer both four physical processing cores and eight logical cores thanks to HyperThreading technology (with significantly increased working frequencies relative to the current scroll, hopefully), a basic power wattage of 15 watts that can be adjusted up to 25 watts by computer makers - and a core Xe Built-in graphics consisting of 96 processing clusters for maximum performance that is more than twice as high as the most sophisticated Iris Plus cores with 2 processing clusters.

We will continue to follow closely the developments in the launch that may be the most significant and interesting from Intel for the current year - and of course we will update you on all the most interesting issues soon.