After a long wait from server centers and data companies, Intel Launches to the world air a new series of processors Xeon In a completely new production process thus ending its 14 nanometer chapter in this world, at least for the types of processors that spend on the server farm. 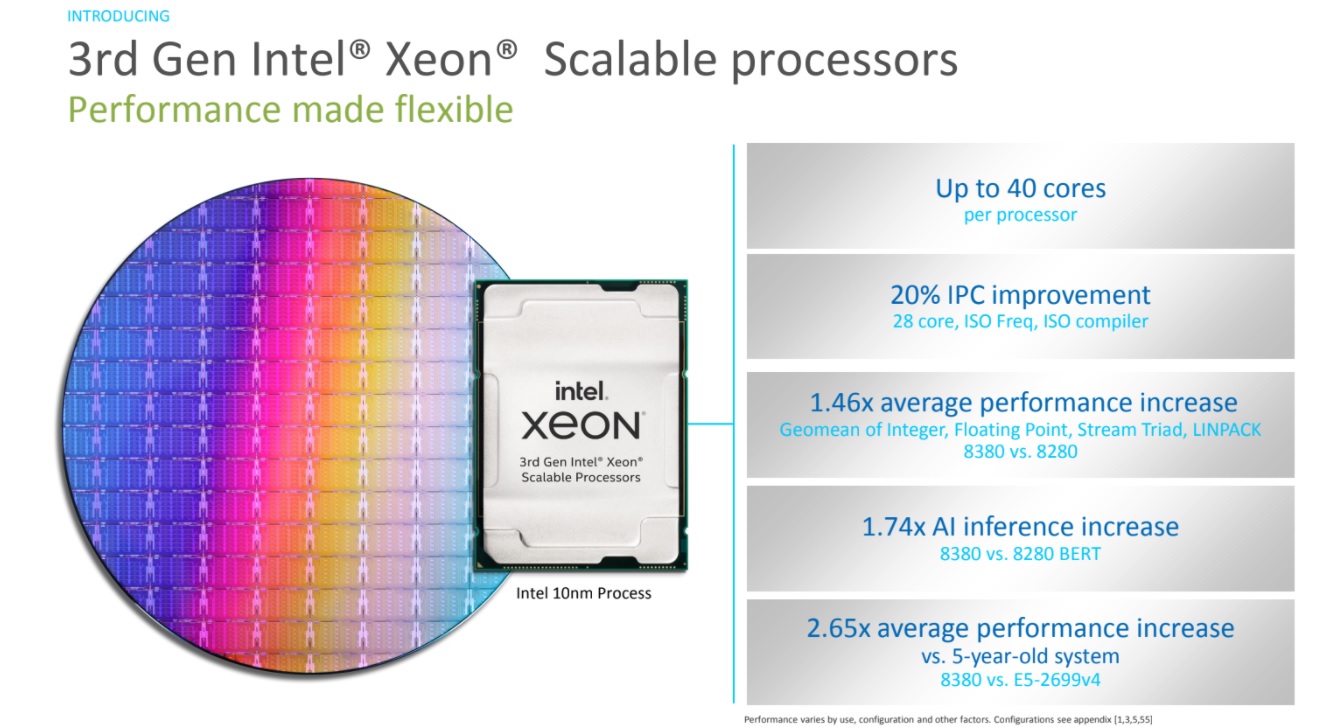 The third generation of Xeon Scalable processors is taking advantage of every possible technological improvement Intel has now. First of all, the transition from 14 to 10 nanometers in the creature lithograph. In addition, there are processing power improvements in the transition to the Ice Lake architecture that we have already encountered in computers Mobile Last year. CPU Xeon The Platinum 8380 comes with a 40-core configuration, while other models are available with 38, 36 and 32 cores in addition to all those that are 28 cores and less (the maximum we knew in generation Xeon the previous). The 40-core climb is important and desirable in light of the competition. 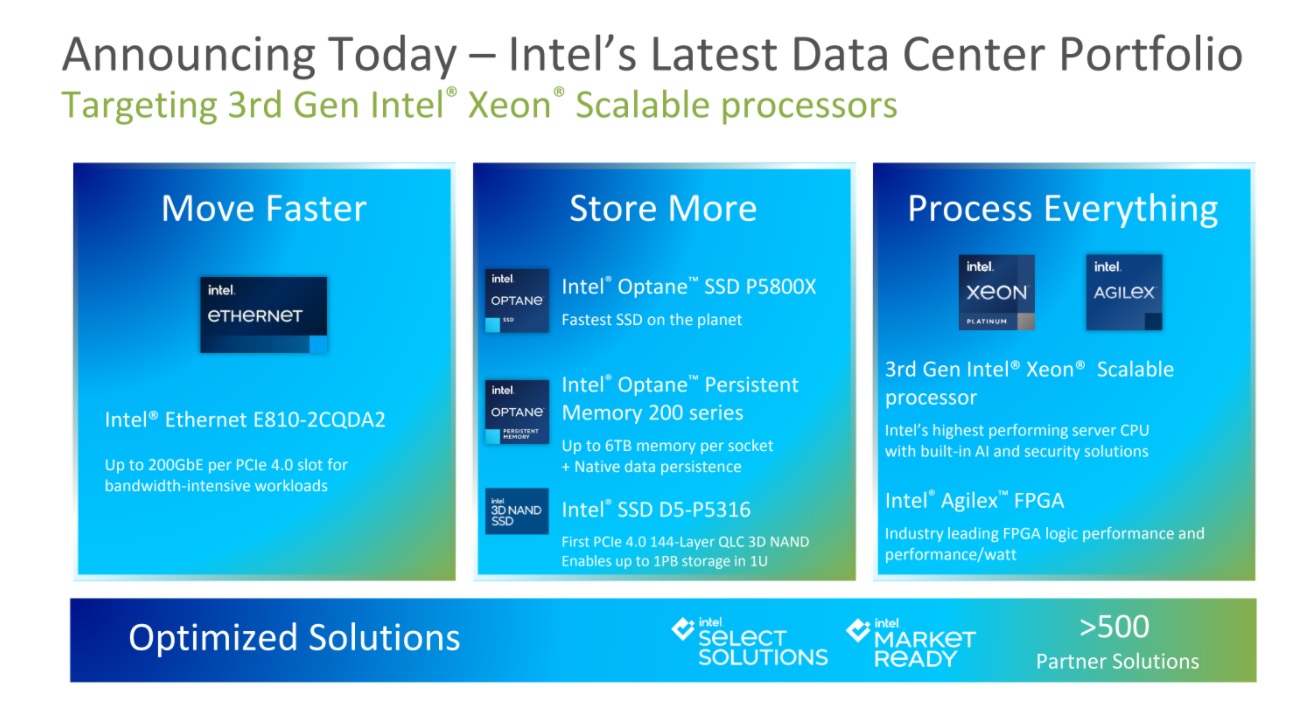 Those who follow large procurement deals probably remember the tender that was on Melanos, mainly for ownership of Infiniband technology for communication between processors and platforms within a server environment. The technology has passed into the hands of NVIDIA, But this did not prevent Intel from developing technology that would allow extremely fast communication based on Ethernet. Columbiaville's Intel Is a platform that allows תקשורת 200Gbps Ethernet for card-heavy information PCI-Express. 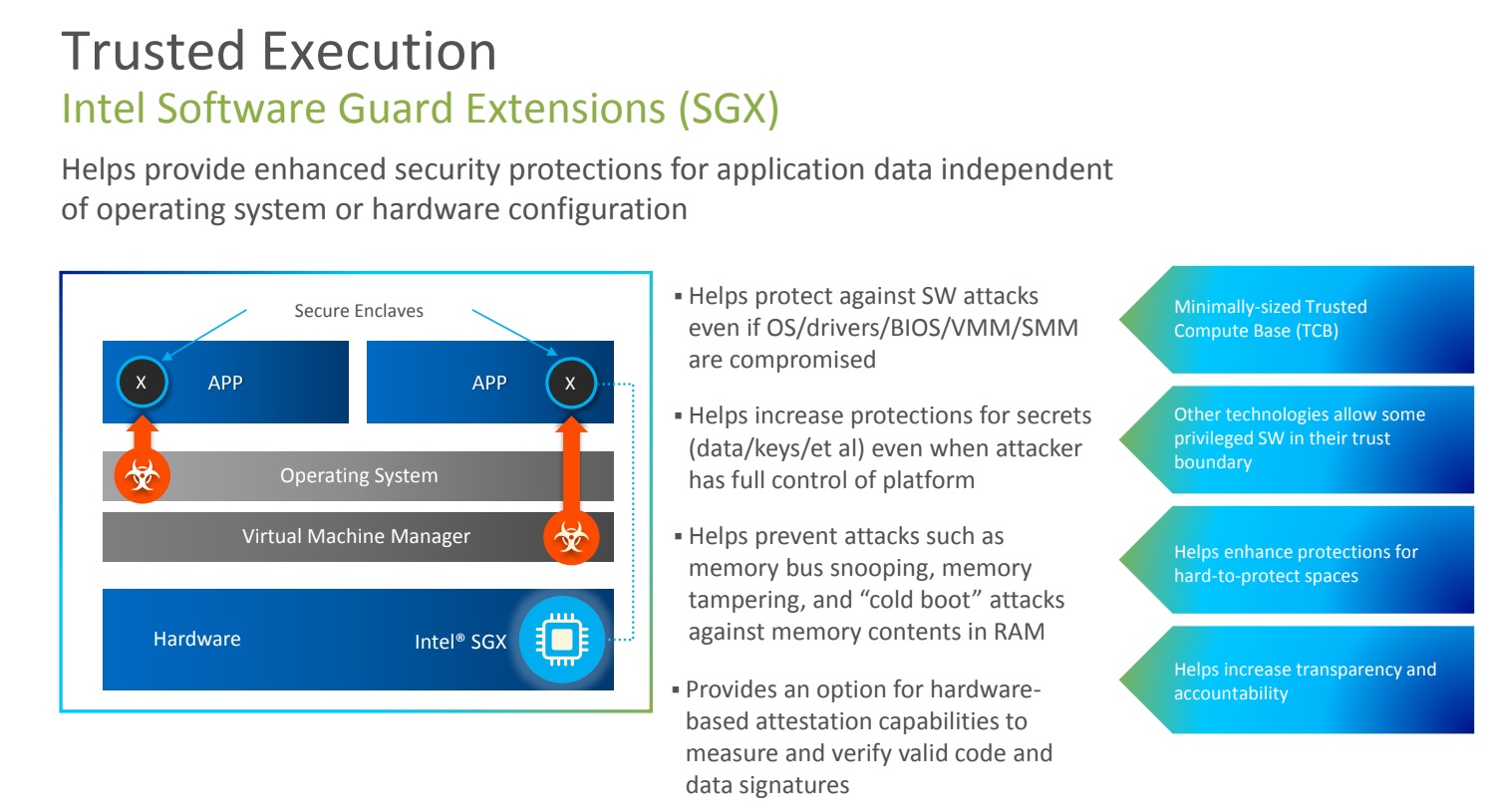 Security is also an important issue, perhaps most important for some organizations in this difficult time. Here Intel Knows it needs to make improvements, and the new Ice-Lake SP processors include the SGX feature set, hardware-level protections that prevent kernel-level access and below that information that passes through the CPU cache on its way to and from system memory. Because of this, there will be no easy access to the same data that comes to memory similar to the same sensitivities we have seen with Specter in the past. 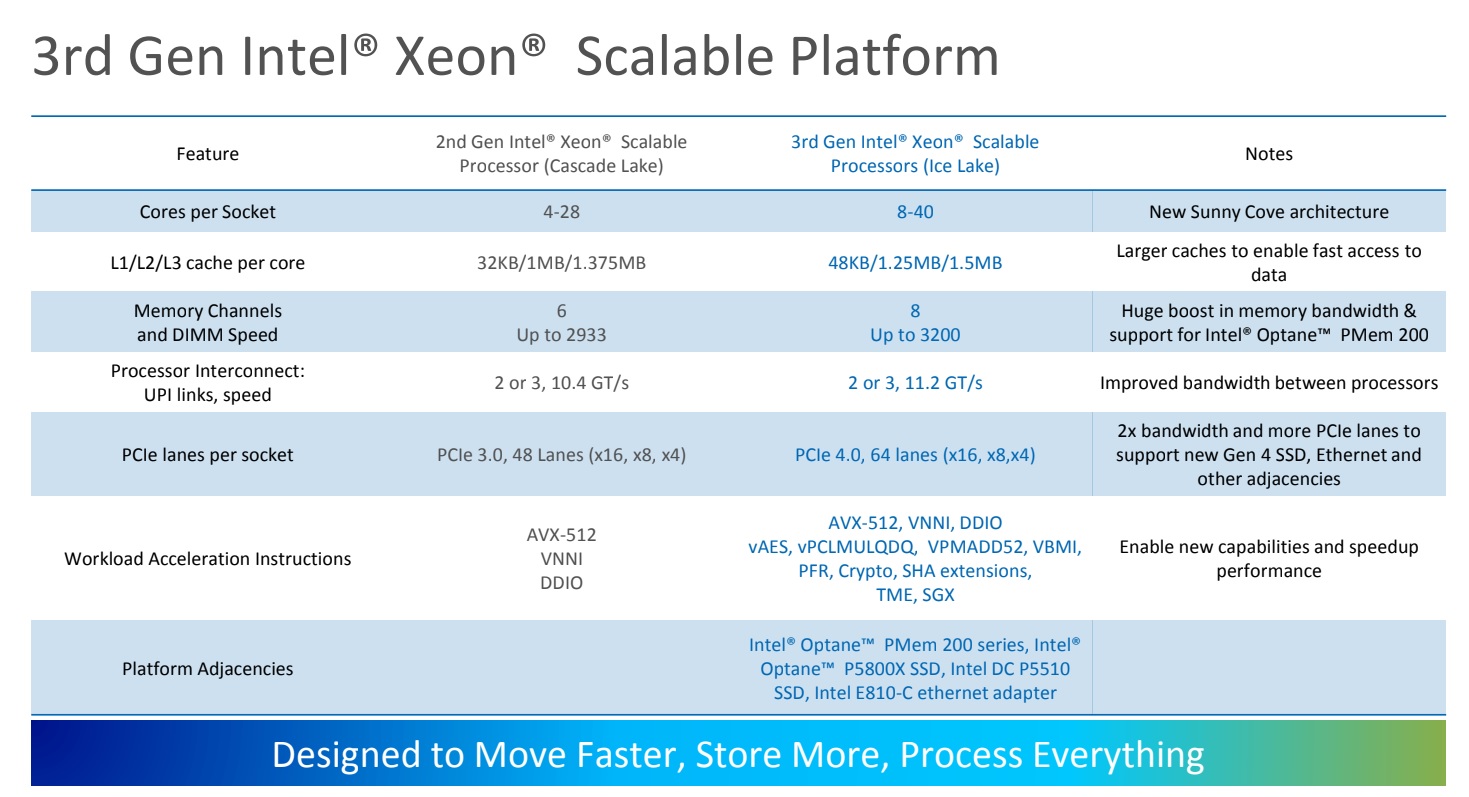 Here are more general differences between the second generation Xeon Scalable and those in the third generation Ice Lake based launch. In addition to the difference between the number of cores ranges, the cache memory volume was added, the amount of memory channelsRAM Increased from 6 to 8 with a slight increase in support from 2933 MHz to 3200 MHz. The PCI-Express standard has been upgraded from 3.0 to 4.0 for the platform and thus the volume of traffic in these interfaces has doubled. In addition to these, processors Ice Lake SP also received a fresh package of command sets in favor of increasing performance.

The third generation of Xeon Scalable processors now includes The list of processors is quite long. It is important to note that some are based on previous architectures and some on new ones. All those launched in the second quarter of 2021 are the ones based on Ice Lake, While those with older dates will be based on the 14 nm Cooper Lake architecture.

Intel has very tough competition in the server world, when AMD Comes mainly with larger numbers of quantity of cores and abundant processing power thanks to the flexible architecture and manufacturing processes of TSMC. Thanks to new software optimizations and fresh architecture, Intel has a healthy ability to take and maintain a market share that makes good use of these tools. It's good to see this market heating up, and we wish to see mostly news that talks about new technologies rather than reuse of previous ones.

Complete information along with various performance tests and by-products You can find it in the Intel Newsroom area, To all interested parties.