This morning, the chip giant held its press conference for the Computex 2021. At the announcement event NVIDIA Because she adds graphic cards New to the product lineRTX Its 30 that has become especially popular, especially for those who want to innovate in advanced graphics and are waiting to hear about availability.

First in line is the GeForce RTX 3080 Ti, the new flagship for gaming. This video card comes with almost the same technical specifications as we saw in the RTX 3090, with the graphics memory capacity reduced from 24GB to 12GB. Of course it's still a volume זיכרון Quite respectable for most uses today.

This video card comes with a slightly dizzying price tag of $ 1,200. Of course if it was available for buyers at this price (and the chances of that are very low), it would be considered a fairly reasonable deal for what is considered a graphics power equivalent to that of the RTX 3090. Still, we admit we expected a lower price tag (even if only official) of 999 dollar. NVIDIA Recognizes that its products can be sold at almost any price you want.

God-GeForce RTX The 3080 Ti is expected to be available in computer stores for order later this week, with various performance reviews expected to come up tomorrow (also ours, worth following!). 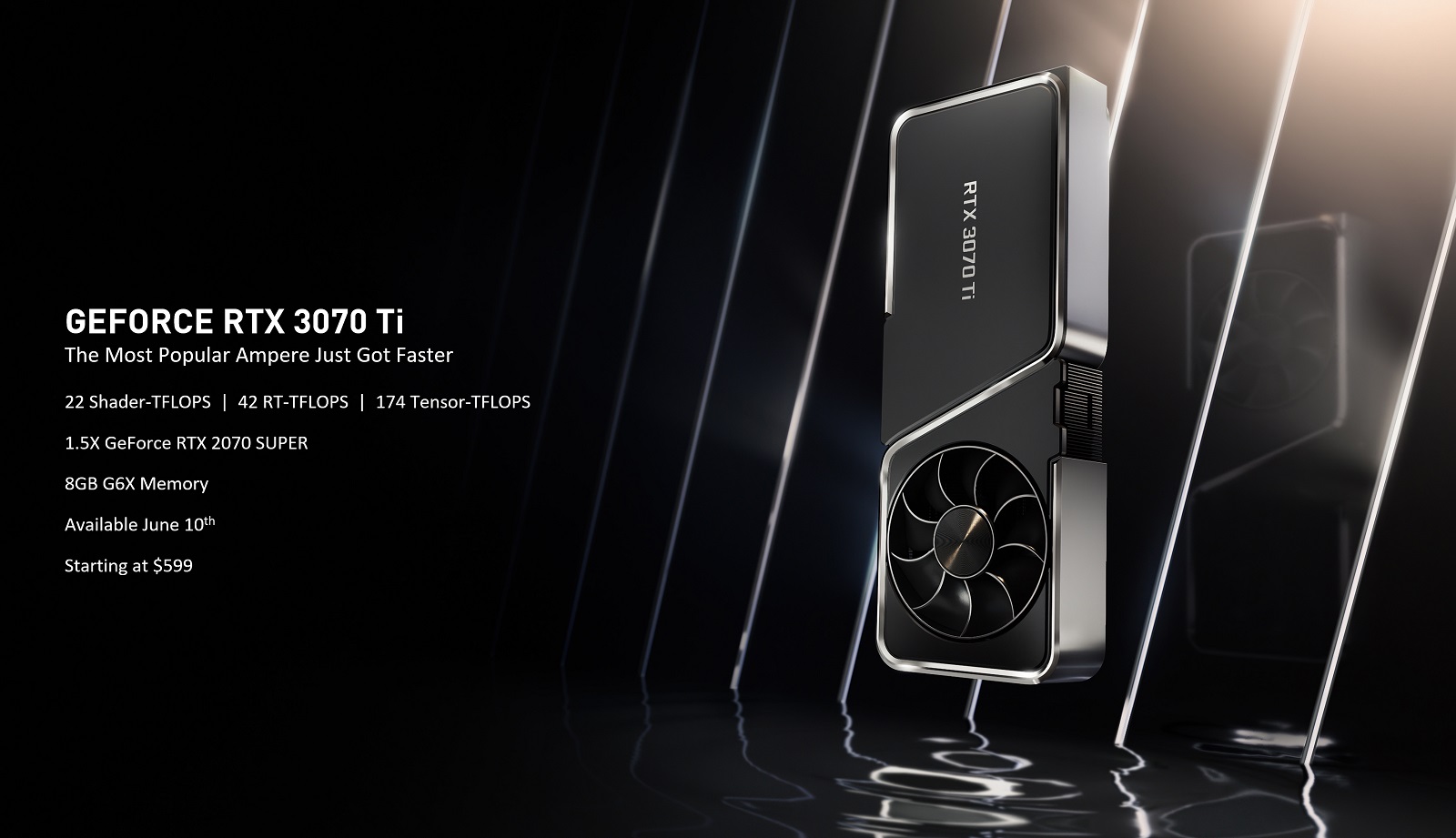 The little brother of the GeForce RTX 3080 Ti has also been announced. The additional Ti is the RTX 3070 Ti which will be considered the spiritual successor of video cards such as the RTX 2070 SUPER, for example. These are mostly technically slight improvements over the RTX 3070 we are familiar with (or at least some of us would have been happy to be familiar with). The graphic core is exactly the same one in terms of composition Processors, Only this time we are slightly up from 5,888 CUDA processors to 6,144. RT processors go up from 46 to 48 and Tensor processors go up from 184 to 192.

God-GeForce RTX The 3070 Ti is officially priced at $ 599, which is 100 more than the official price of theRTX 3070. Of course times have changed, and although it ostensibly constitutes a cost-to-value ratio significantly lower, it is possible that different availability data will slightly change the market order.

Pair of these new video cards fromNVIDIA Come with LHR cores or Lite Hash Rate. This means that their mining speed in Etherium is half the full potential of the hardware. The purpose of this procedure is to prevent addicts from eliminating inventories and reduce prices for the consumer as a result. In practice, we do not expect high availability or particularly fair prices for these products, at least not in the coming months. Their official prices do not hide their desire NVIDIA Make the most of this launch. We hope the market stabilizes as soon as possible.