Get to know one of the most interesting motherboards you can purchase for a budget Coffee Lake system - Is the Engineering of ASRock Wins the major competitors?

We are in advanced times for LGA1151's chassis Intel. Today there are many options of motherboards for the various available processors. This is in contrast to the low number of options available when the chassis was launched. Thus, the supply of processors available to the chassis is also increasing. The simplest of them are the two-core Pentium G, through processors Core i3 have 4 cores and up to processors Core i5 andCore i7 have six cores.

It is important to customize a processor depending on the motherboard position in the market, more or less. This is due to the characteristics of the motherboard, such as the power supply system, the range of interfaces, and a profile that serves the reason they chose a particular processor over one another.

The chassis hierarchy says there are several chipsets with slightly different interfacing capabilities. So they build around them Motherboard Which contains attributes according to their rank. The chipset currently available in the socket are:

The prices of motherboards based on these chip sets can vary according to the decision of the various motherboard manufacturers. You may encounter a Z370-based panel that costs about NIS 500 and another one that costs NISNUMX or more. Motherboards are different for different audiences in different engineering levels.

In this review I will focus on the selection we find worthy to present to our audience and is the H370M Pro4 Motherboard ASRock, Motherboard Which is located in the higher half of the motherboards to the chassis and comes at an accessible price tag of about NIS 420.

The motherboard box also accepts a rear port cover for the chassis, a software disc, a SATA cable pair for hard drives and card-mount screws storage. There is also a very detailed booklet about the various features of the board and problem solving. 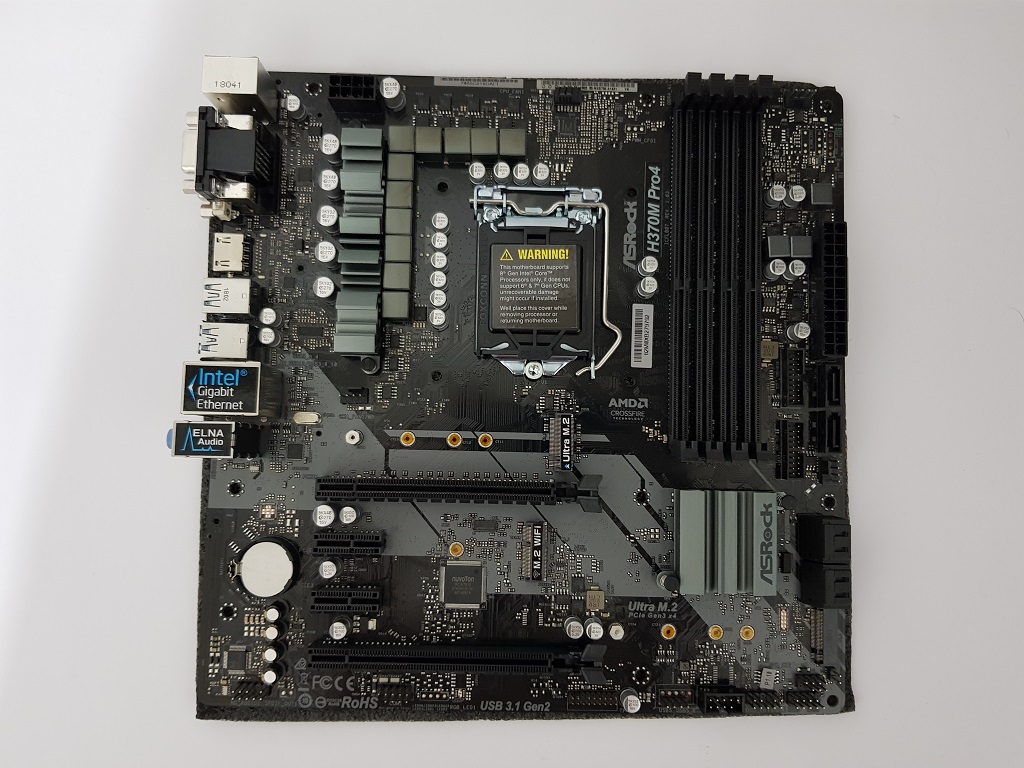 This is the groom of joy. The H370M Pro4 motherboard is in mATX configuration which is in my opinion highly recommended for basic and even advanced computers due to the fact that it enables significantly more compact chassis than chassis ATX standard. Compact mATX enclosures are among the cheapest to find, and today there are cheap ones that have great features (the H370M Pro4 name will star in close reviews). 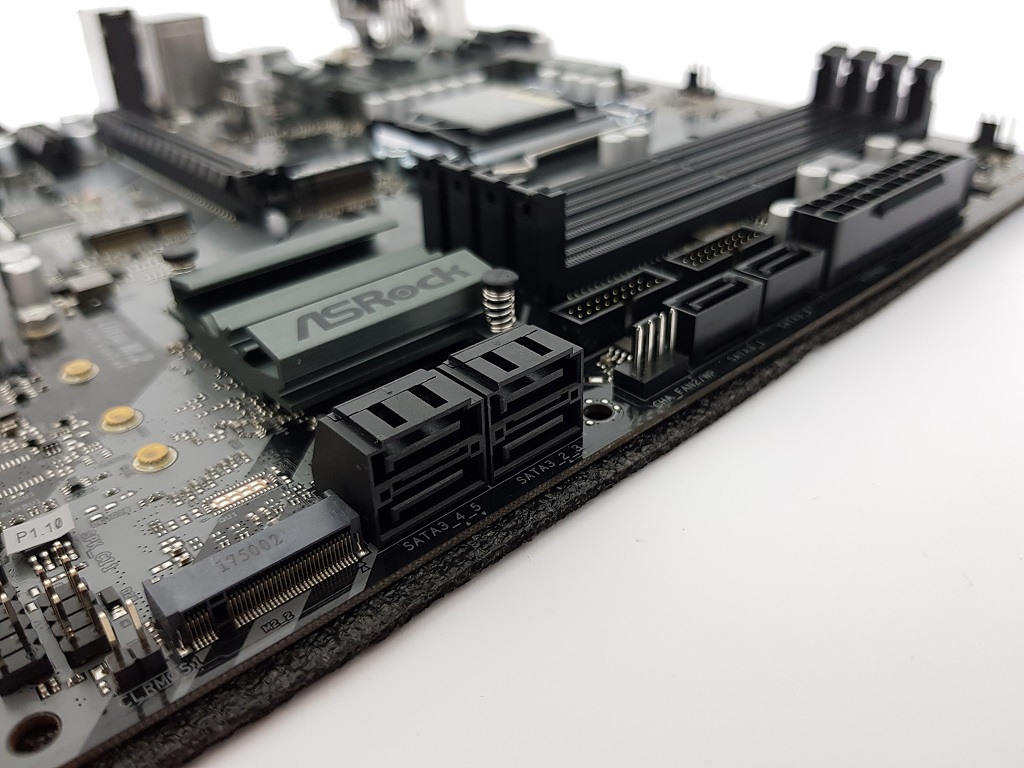 Storage - The H370M Pro4 gives us the maximum that the chipset allows. There are six standard SATA3 ports for a variety of drives as well, even two USB3 ports for chassis, up to 4 front ports. Also, in the picture you can see one M.2 interface for the drives SSD. Using it will disable one of the standard SATA ports. 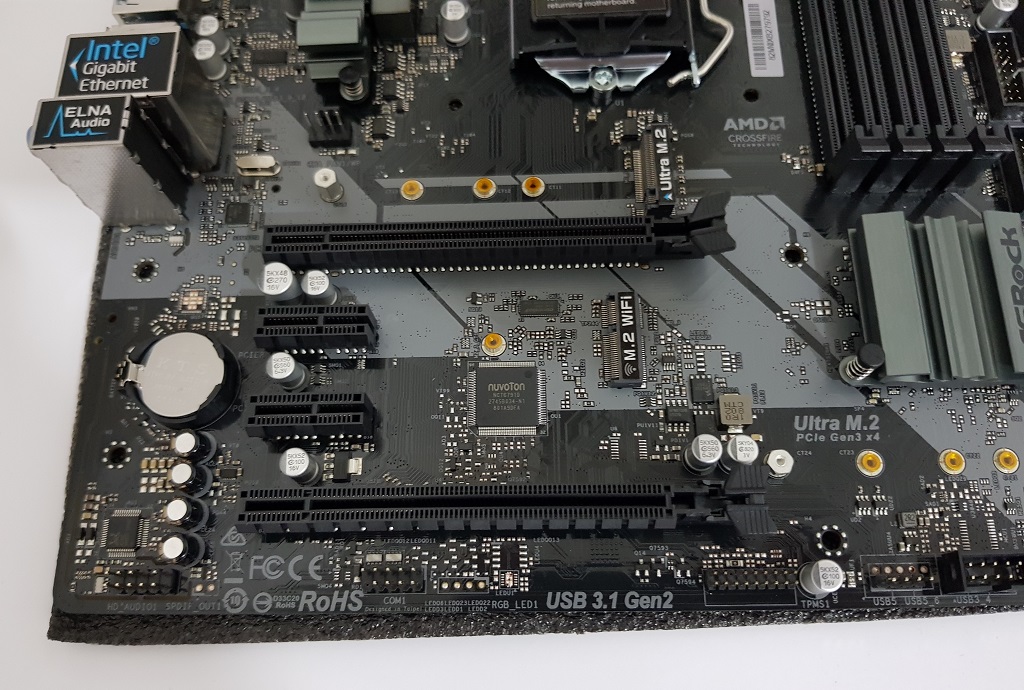 With 4 limitation for PCI-Express interfaces, Asrok chooses the best for advanced systems. X16 upper interface for video cards, two X1 interfaces for expansion cards such as a network card, and a long bottom interface at X4 for cards such as drives SSD Quick speeds. InterfacesPCI-Express X1 The small ones are open at the right end to allow physical installation of longer cards. 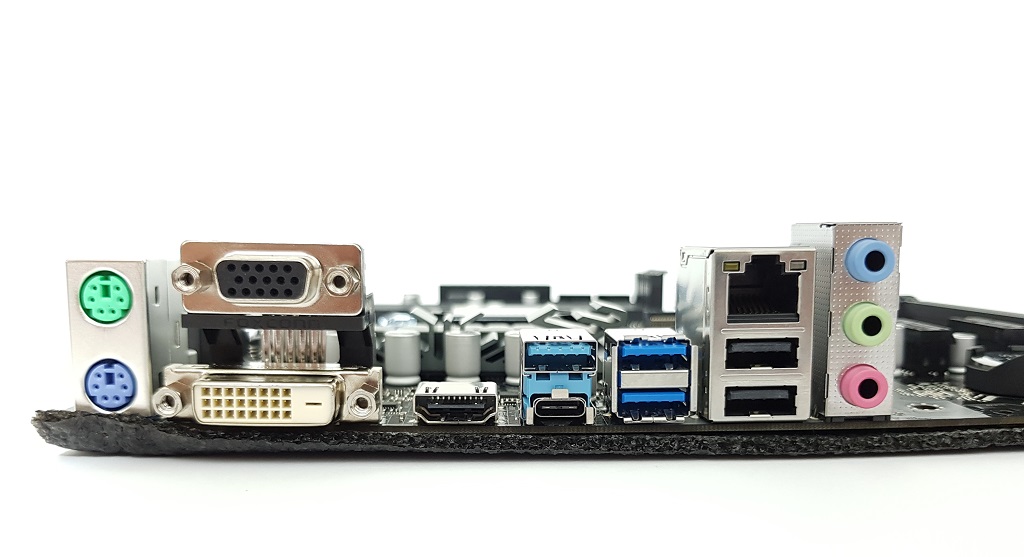 The ports that we receive from the computer on the motherboard include (right to left):

Which I think is a healthy mix of interfaces and ports, something that will serve the broadest audience. What I'm sorry to see here is an optical audio interface in the surround, or output DisplayPort But I do not reduce points on that. This motherboard comes to serve audiences that will not normally need it. 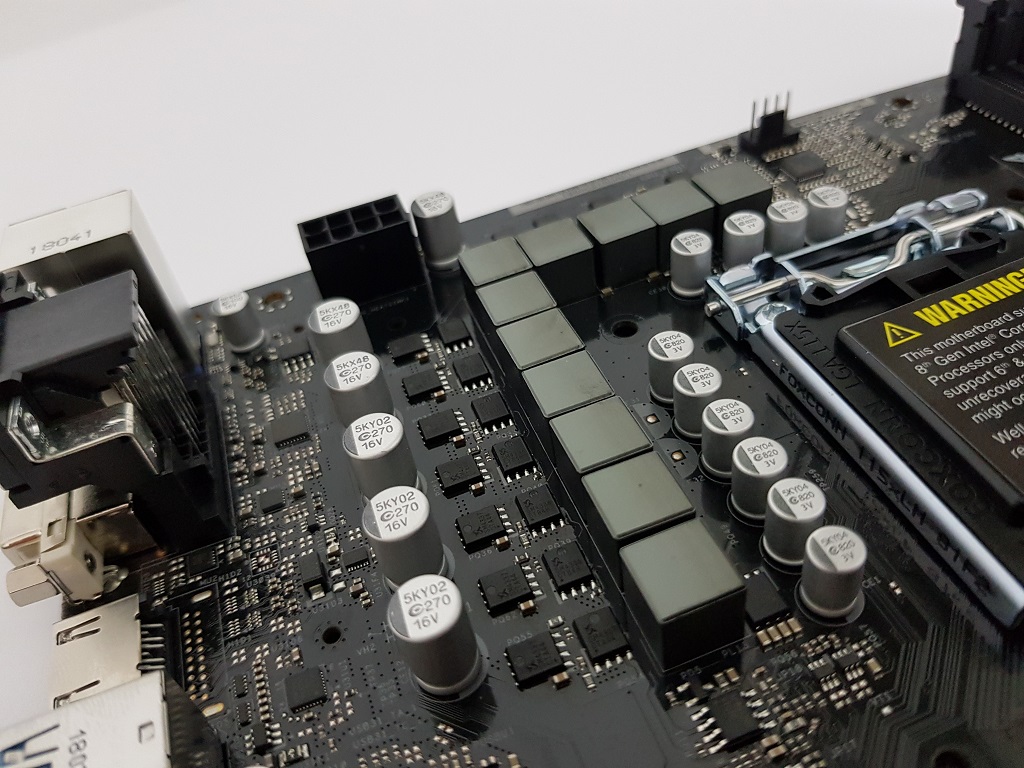 This power supply system leads the current from the power supply socket to the processor. One of the most difficult engineering challenges today in the motherboards world is a motherboard that needs to contain a huge variety of Processors. A board capable of supporting processors that consume only 50W along with those that can cross the 150W line. 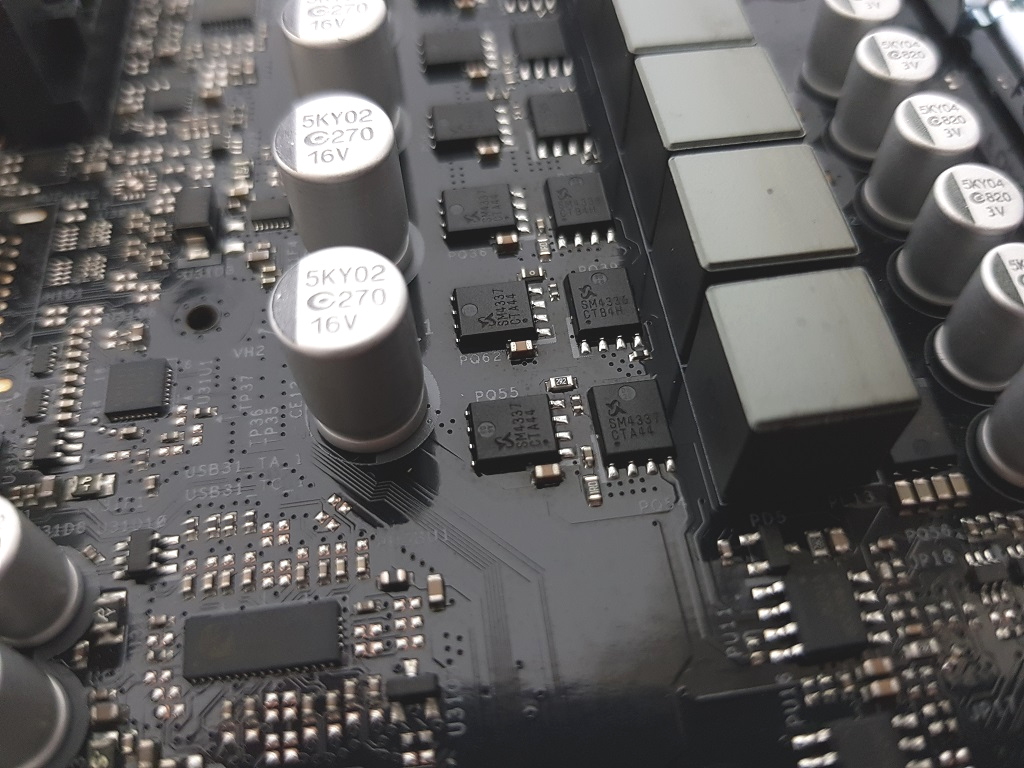 This system consists of 4 steps to power the cores in the processor, and two stages to power the controllers and the graphics core built into the processor. Bassruk decided to use a simple frequency split to power all stages of the processor. The result is that, unfortunately, the overall electrical ability to stabilize voltage does not increase, but the heat generated by converting 12V to the desired core voltage is produced over a larger area of ​​stabilizers. This is very important for the durability of the system and the ability to deal with the various processors.

The heat sink that sits on the core voltage regulators is relatively small and simple - but at least it looks like a body Cooling And has a respectable interior. Many manufacturers today do not even maintain this principle and sin using too thick castings and little surface area. 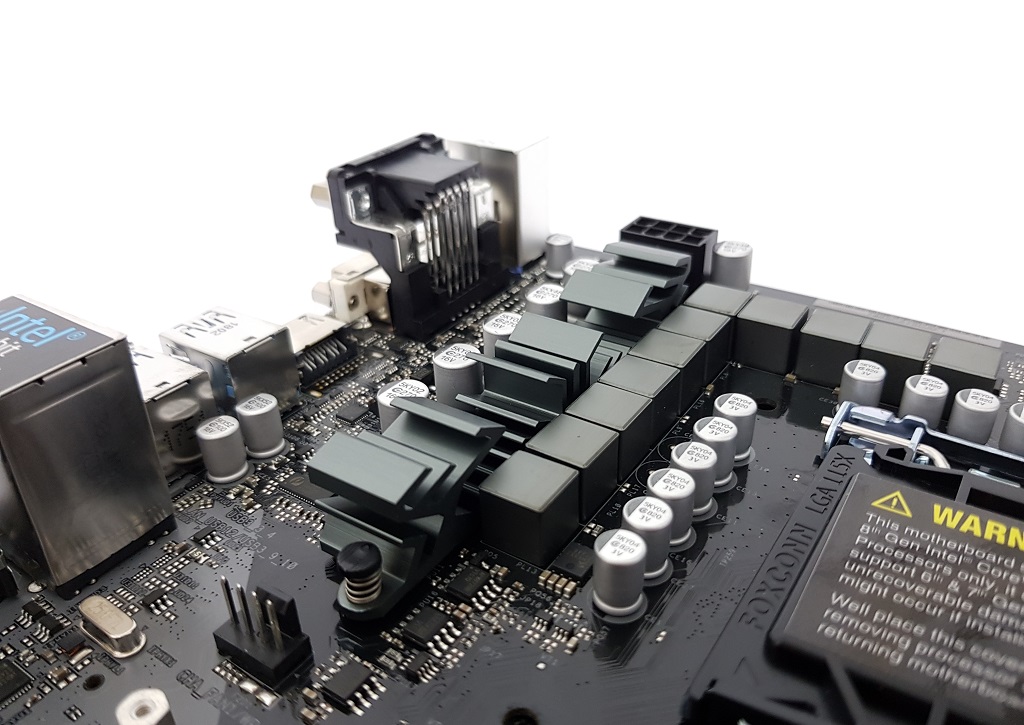 The H370 chipset does not allow the processor to run K, so I recommend using processors such as the Core i3 and i5 series with this motherboard. Processors כמו Core i5 8400 and 8500 will be perfect, too Core i7 8700 (lacking K) will match. 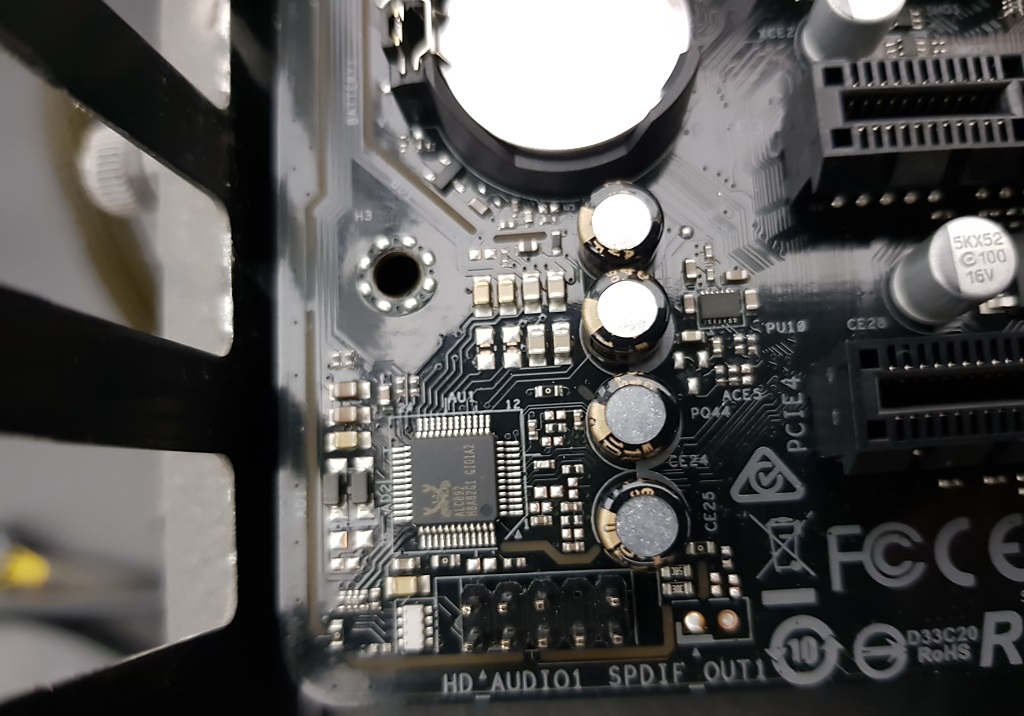 The sound card you receive on the motherboard is Realtek's ALC892. This is a mid-market chip that until two years ago was considered one of the leaders. Today it is a better choice for the more expensive ALC887, but not as high as the ALC1220 that exists on more advanced motherboards, usually in the 700 and above. The sound card area is separated from the rest of the motherboard and the indicator is in a relatively simple and average area with four capacitors and a few resistors. There is no special amplification capability in this sound chip. Nevertheless, this is a relative budget table.

Experience of use and cooling performance 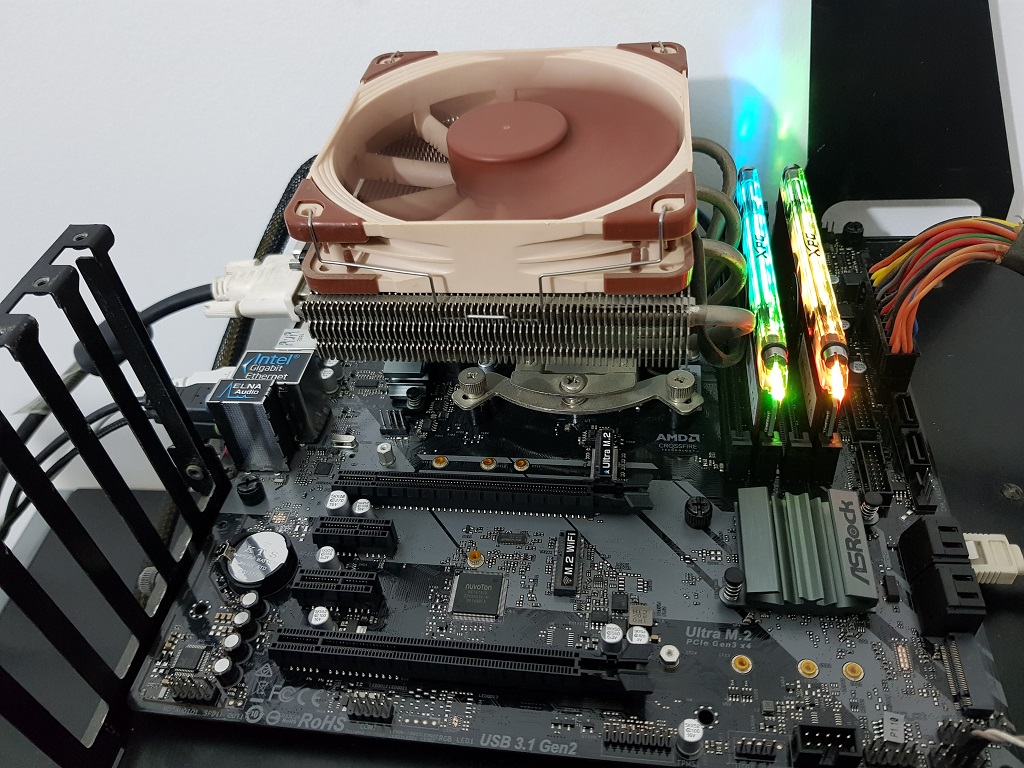 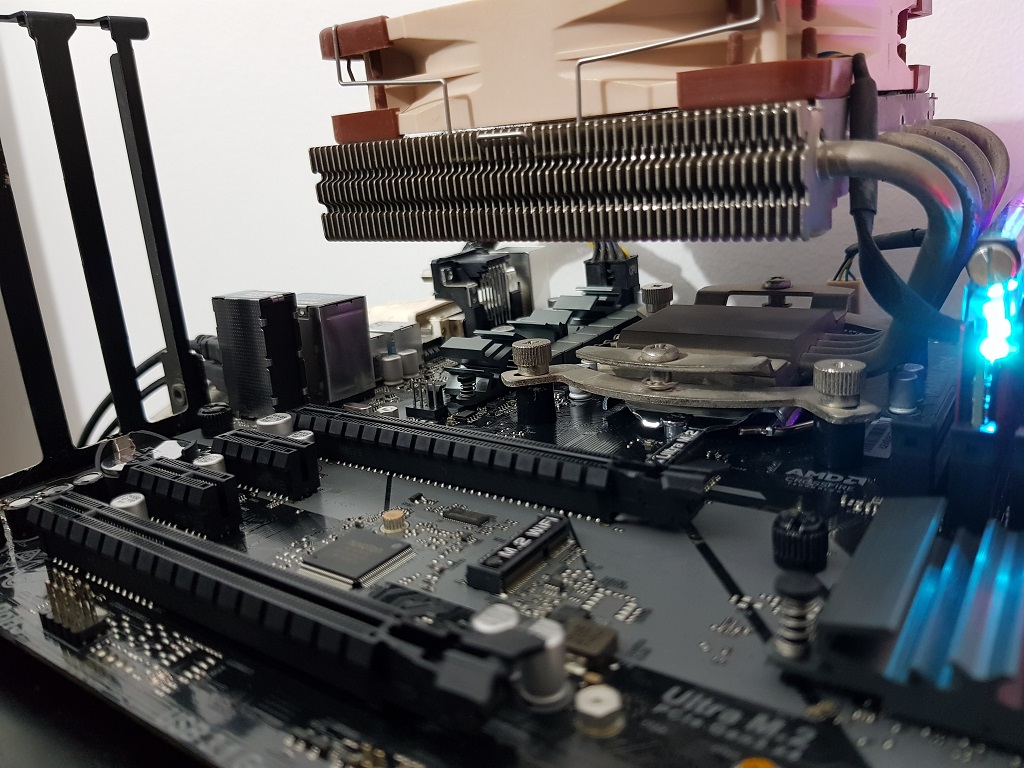 The room temperature at the time of the test is 25 degrees Celsius and the fan speed is only 700 rpm, which is considered slow and moderate. The supply system is rated at a maximum temperature of 125 degrees Celsius so the result is satisfactory for me. Cooling With a fan facing in a different direction, the H370M Pro4 is expected to behave well. Under these stress conditions, everything under 85 ° C is normal for me when the motherboard sits in a warmer enclosure at about 10, the voltage stabilizer temperatures will still remain in a healthy area.

Asrock's BIOS interface has recently undergone a very important upgrade. Until about a year ago, the interface was similar to the one we received with the launch of graphic bios, somewhere in 2011. The biosynthesis resolution was low and he suffered from problematic responsiveness.

Today, the bios seems sharp, responds better and more clearly than before. At times, Asrok tends to use alternative terms for familiar concepts in the computer world and overclocking, and I would be happy to see her serve as a line on this subject. In addition, there seem to be too few sub-menus and categories that contain a small amount of options. In my opinion, it is possible to merge and thus avoid confusion. Beyond that, I have no complaints worth mentioning. The boss is pleasant looking and navigable.

In conclusion - an excellent choice in the price category

With your permission I will reveal for the first time a motherboard rating system that will help make some order. I believe that each product on its merits, and the price also affects the profitability of a product. It is not to say that the agent is absolutely better than one without understanding the needs of the user. The rating takes into account the price and position of the motherboard's market with its competitors. 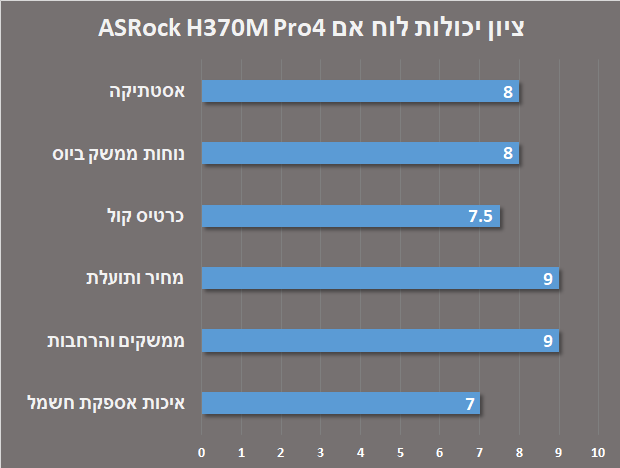 ASROC's H370M Pro4 is approximately NIS 420 in Israel and is among the cheapest in the category of mATX boards for powerless processors The fast. The parallel motherboards of the competitors start at NIS 50 more. The H370M Pro4 interface is among the richest I have seen in this category. Lots of room for storage, and a beautiful variety of ports USB.

The sound card that contains ALC892 and the simple indicator entitles it to a respectable 7.5 rating. No core was used Sound Of the last generation, rather than progressive amplification of any kind. It will, however, provide the most absolute and good users from ALC887, which controls most of the price category of 300-500.

The power supply system is adequate but not intended for speeding up Processors. Luckily for us (or our sorrows), the H370 boards can not be made faster anyway. Recommended for all processors including K versions, although in any case I will recommend an increase to Z370 levels in the 650 NIS as the minimum for such processors. The heat sink is modest to power processor cores, and there is no body at all Cooling To the graphic core, even though this is not required.

I gave an astrology rating of 8. There are no LED lights here whatsoever. Again, for better or for worse. The paint will fit a large variety of packages and is expected to fit well with advanced hardware such as graphic cards And curiosities. Neutral and good color.

This motherboard is on the list of recommended HWzone. It has survived the abuse of effort tests heroically, it contains interfaces and outputs (almost) for every seeker and most importantly in my opinion for this segment - it is not particularly expensive and lucrative. With a budget of about NIS 400, it is definitely a priority, especially when there is a desire for a medium-sized and reasonable package.