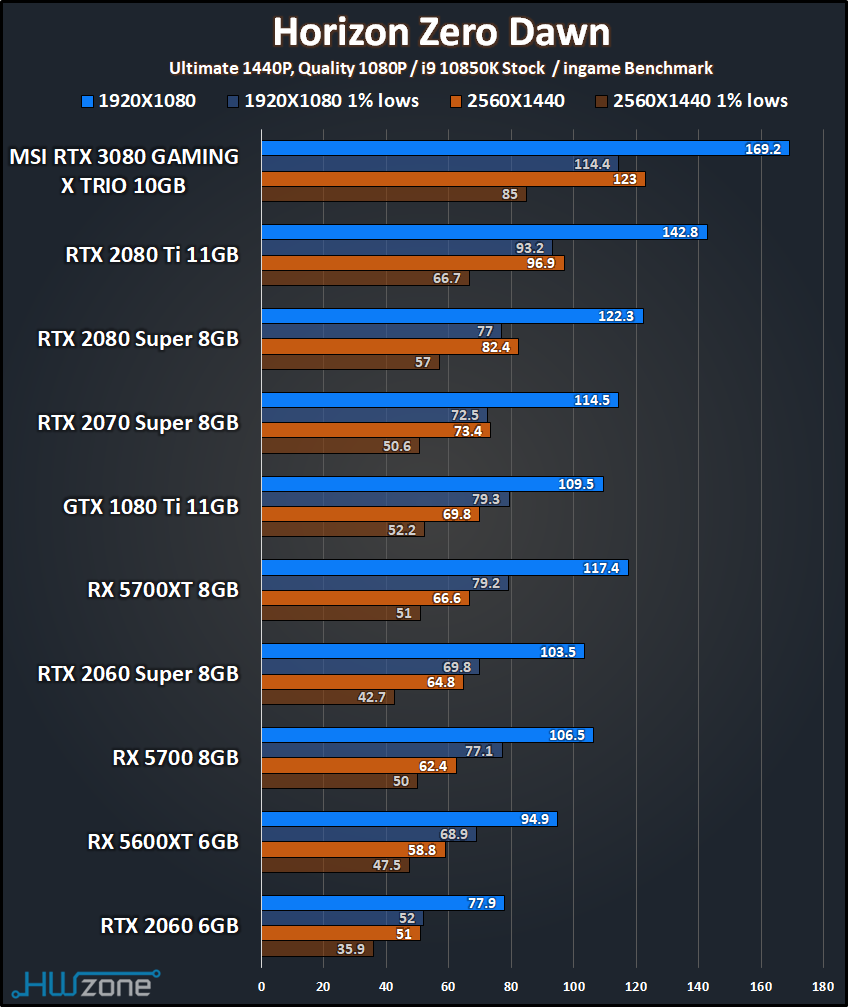 The Horizon Zero Dawn performance test puts a relatively serious load on both the main processor and the graphics with many elements of architecture but also artificial intelligence Similar to many characters on screen. It can be seen that even at the low 1920 × 1080 resolution there is a noticeable difference in performance between RTX 3080 and its predecessor. Combined with the aggressive working frequencies of the GAMING X TRIO, the 2560 × 1440 performance enhancement reaches 49% over RTX 2080 Super. 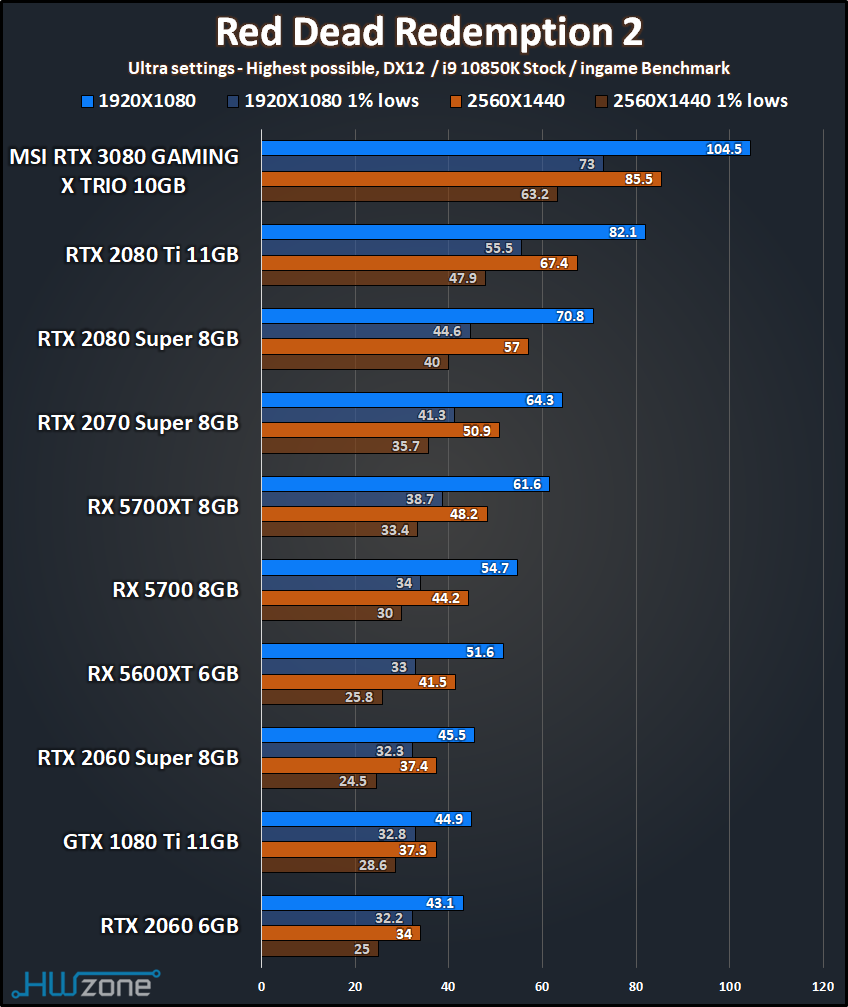 Another game that shows no mercy on video cards is Rockstar's Red Dead Redemption 2. With as many display settings as possible, the RTX 3080 achieves an additional 50% performance over the RTX 2080 Super tested. On the GTX 1080 Ti it is up by an additional 129%. CEO NVIDIA Did not laugh when he told my husband graphic cards From the GTX 10 series which is now a good time to upgrade. 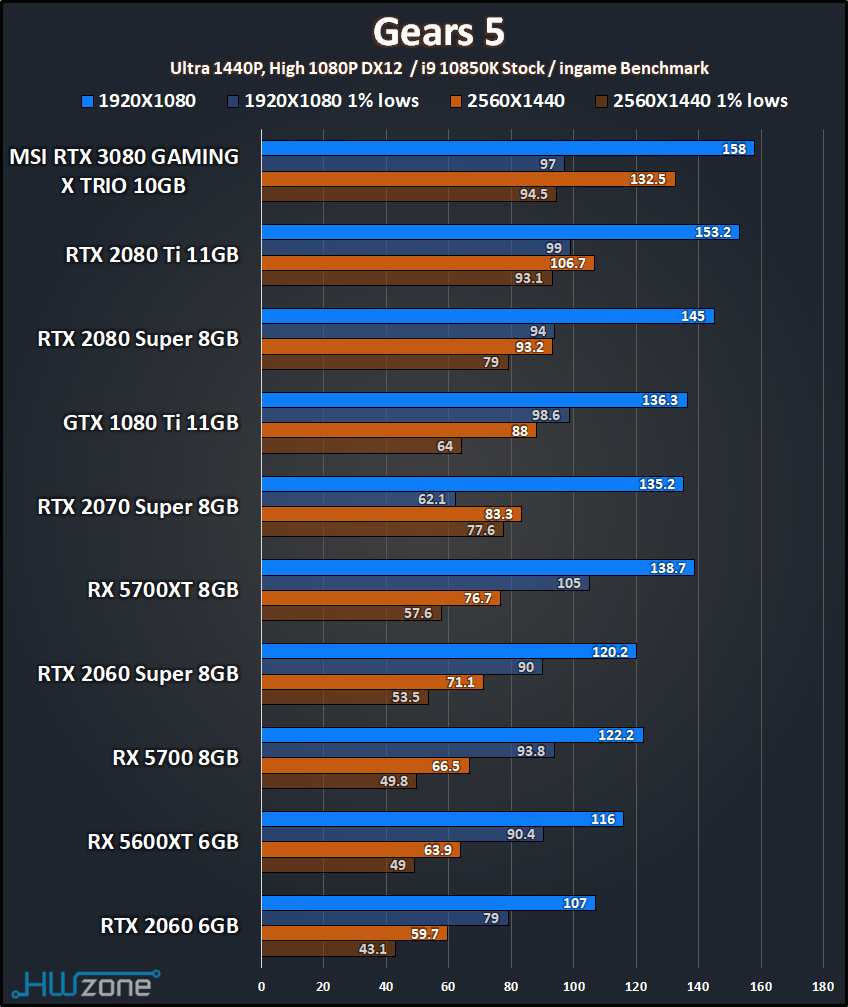 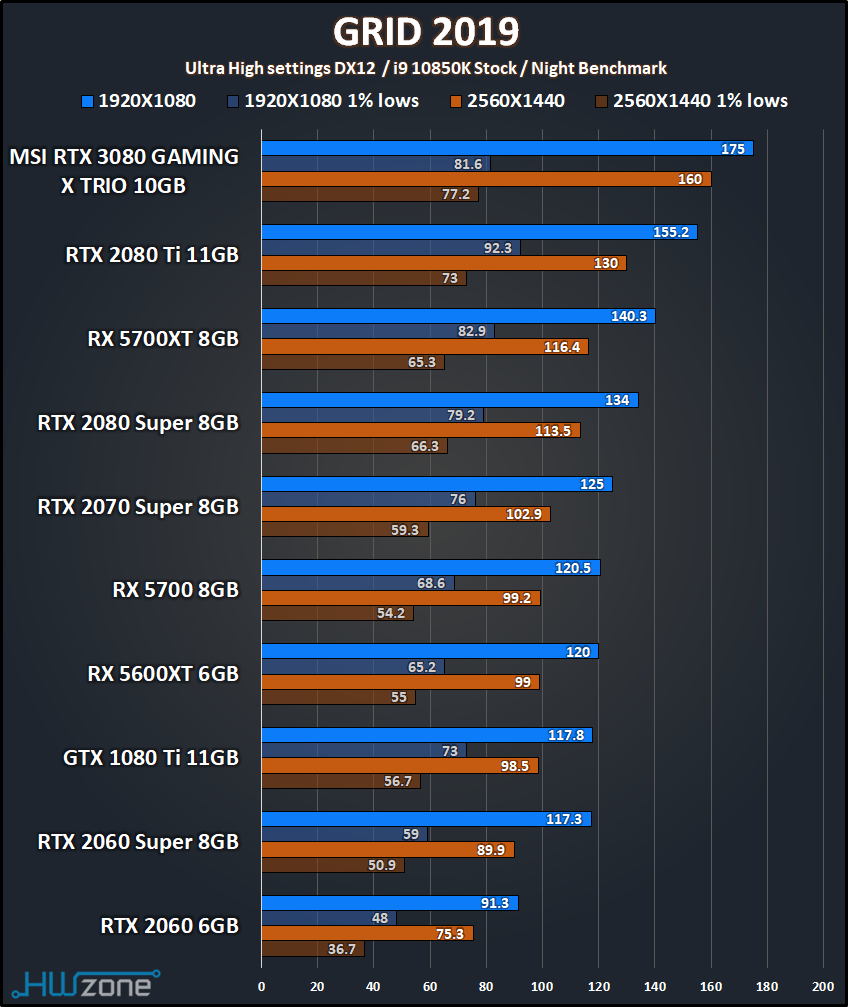 The GRID 2019 racing game gives us a sample of the latest version of the popular racing engine from Codemasters. While the bottleneck creeps towards 1920 × 1080, there is a fairly respectable performance separation at 2560 × 1440 between RTX 3080 and theRTX 2080 Super and it stands at a 40 percent increase. 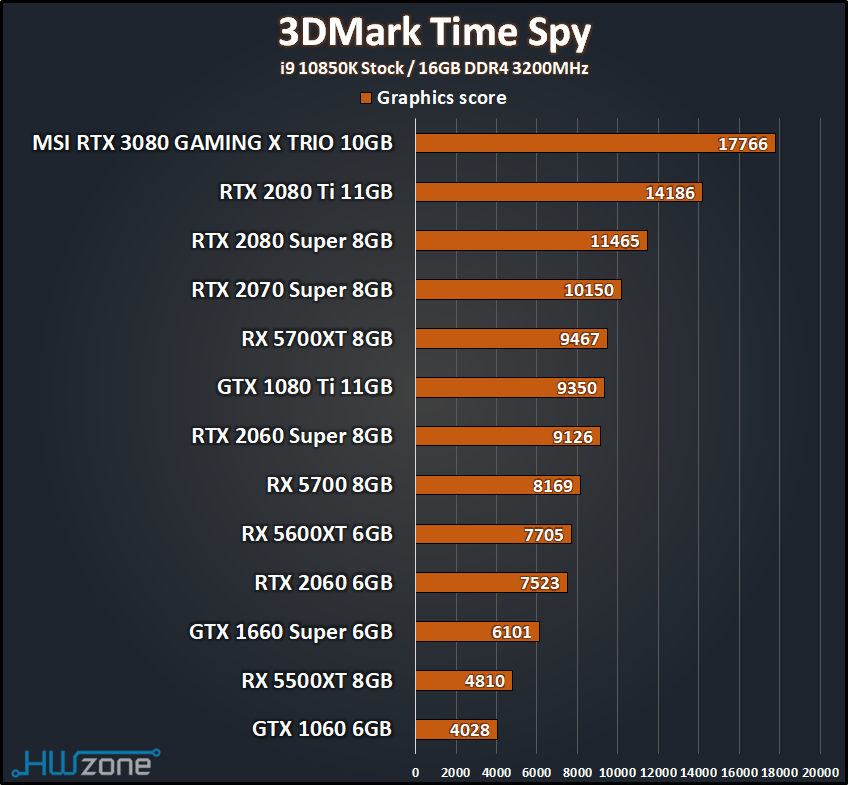 In the 3DMark Time Spy synthetic test there is a 56 percent increase in performance over RTX 2080 Super.