Here are the performance tests we ran exclusively in 4K resolution for four advanced video cards of NVIDIA From the last period. to RTX 3080 GAMING X TRIO also joins theRTX 2080 Ti, theRTX The 2080 Super he replaces, and the GTX 1080 Ti is slowly aging. 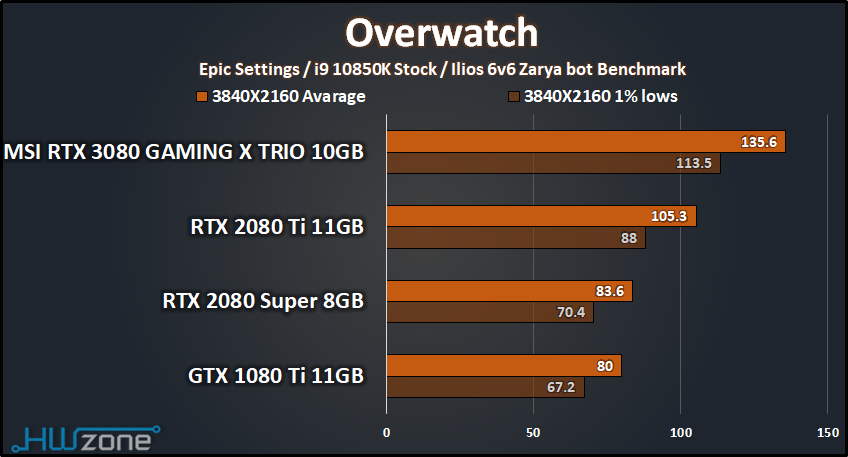 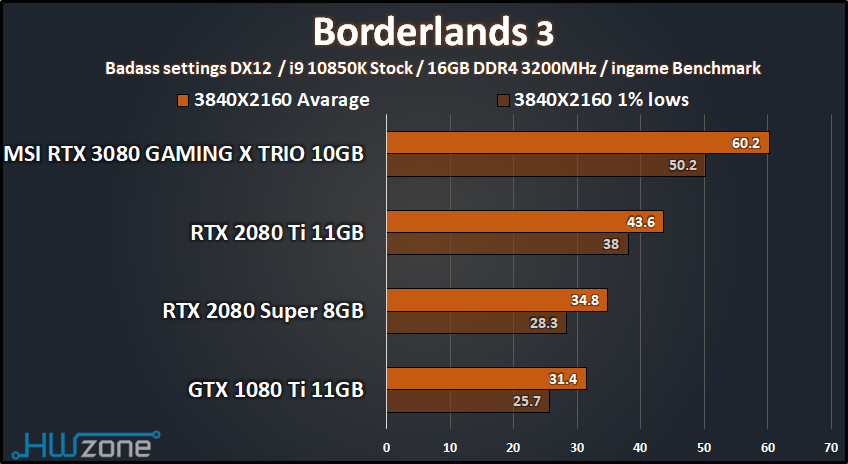 In the game Borderlands 3, the extra performance increases by4k To 73%. By the way, cheers, the first video card that fits Borderlands 3 under Maximum Settings in4k. 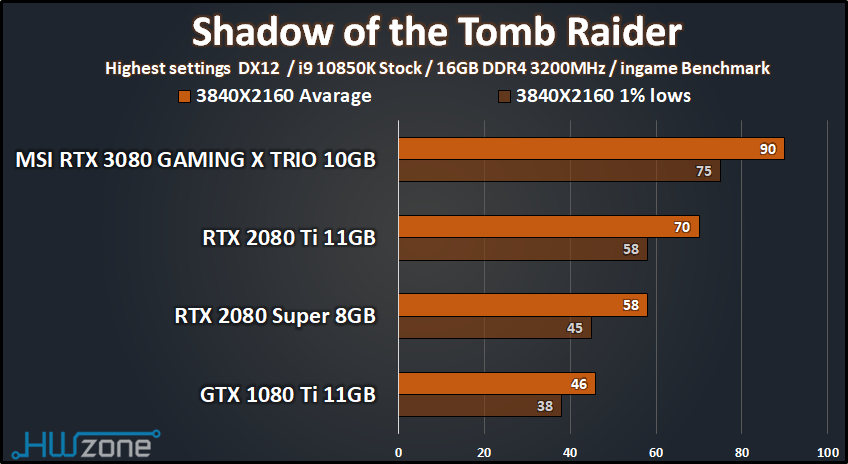 Tomb Raider is next in line, and here's the performance boost of RTX 3080 across RTX 2080 Super is quite modest at "only" 55 percent. 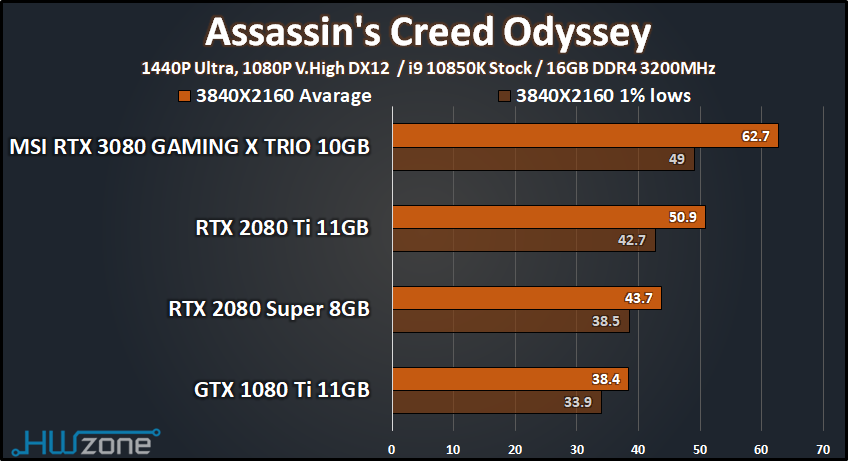 In Assassin's Creed Odyssey we get the differences similar to what we saw in 2560 × 1440, which indicates that the processor did its job faithfully. 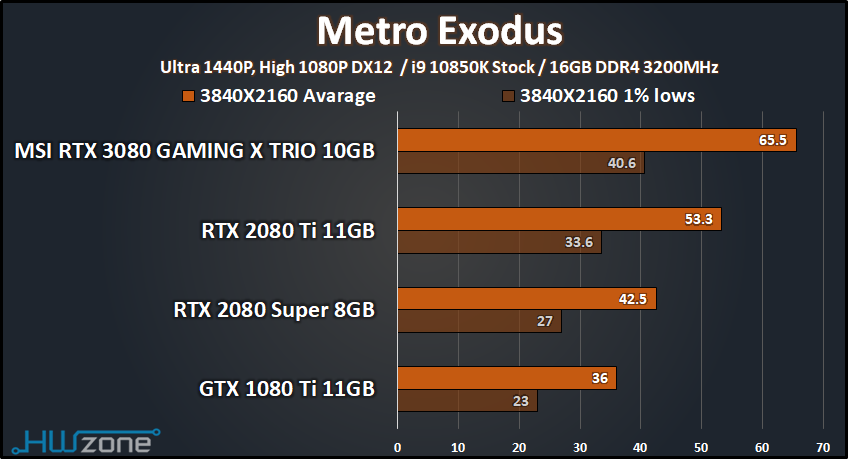 The Metro Exodus game is heavy, but the RTX 3080 does not need anyone's help to pass 60FPS in resolution 4k Under fairly high settings. impressive. 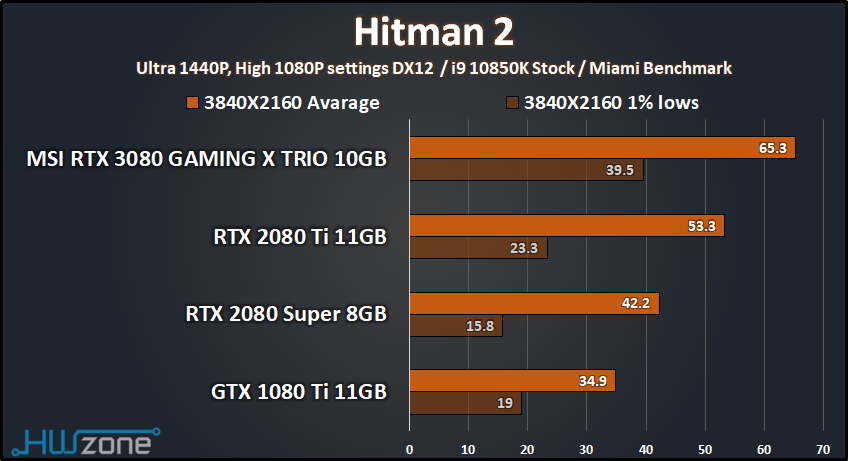 With a 55% increase in performance on Hitman 2, you can understand how heavy this game is. The big improvement can actually be seen in the minimum amount of frames per second, where the feeling of smoothness is definitely felt and there are fewer creases. 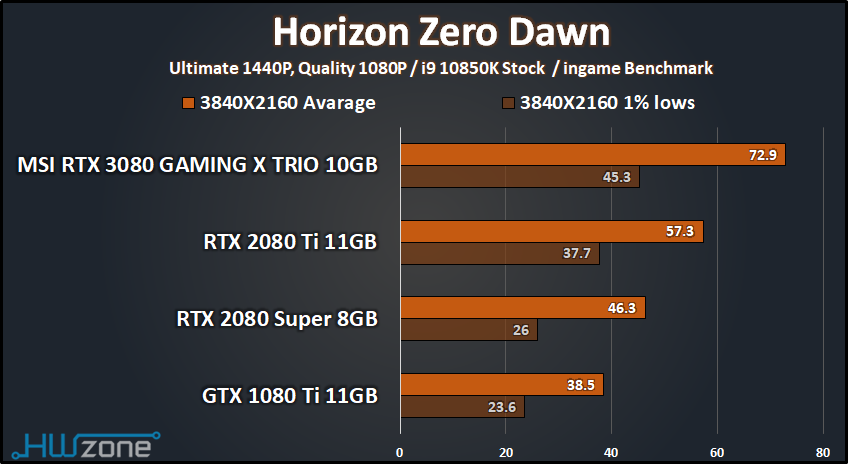 The Horizon Zero Dawn game continues to see significant improvements in resolution 4k And reaches a state of over 60 FPS per second on average with theRTX 3080. 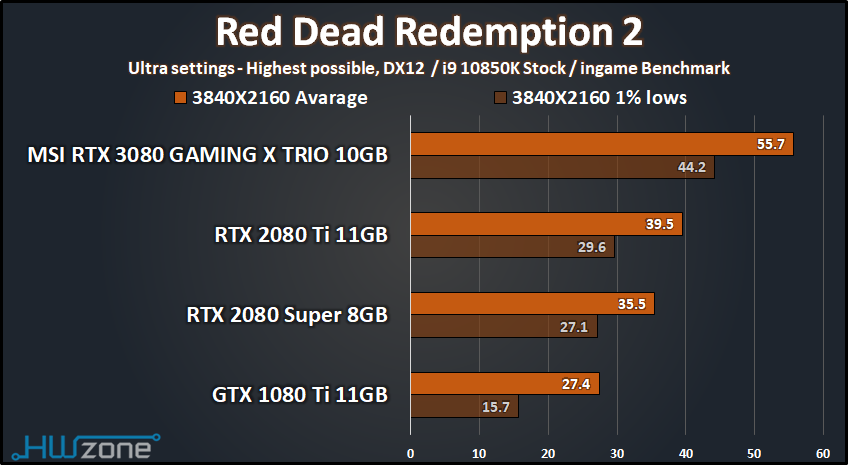 At what stage do the superlatives end up with some significant performance increase in the product over its predecessor? I think this is the stage, more or less. We're close to the Red Dead Redemption 2 Holy Grail in4k Under maximum settings, only a small lowering of a definition here and there. In this type of game the aging GTX 1080 Ti shows its age. 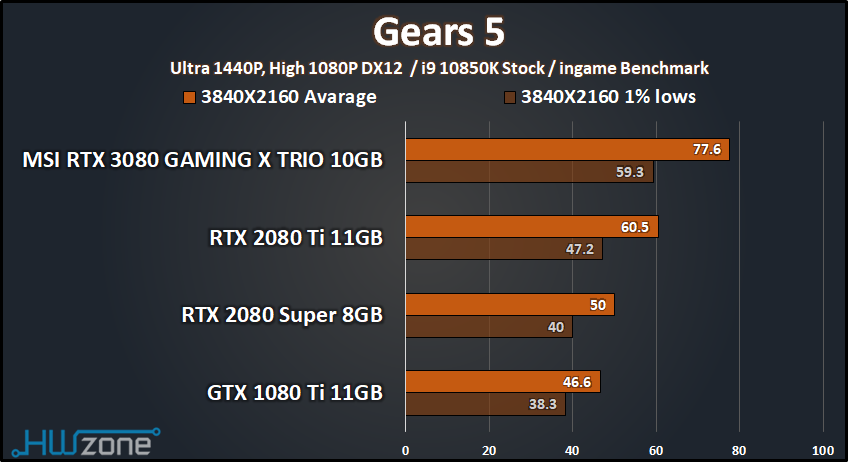 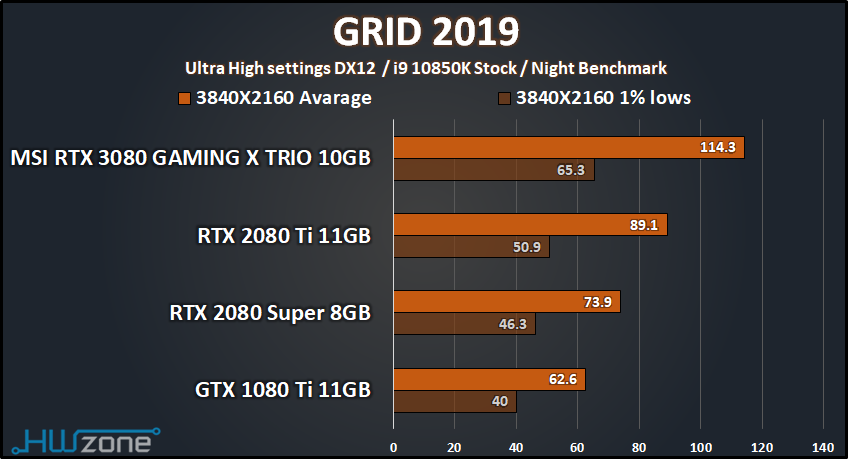 The dozens of performance tests in this review are sealed by GRID 2019 in resolution 4k. Close to 120 FPS at such a resolution? An entirely new standard. A 55% increase in performance between generations here.