Video card GeForce The RTX 3080 Ti is officially launched - and we've collected SUPRIM X's for review MSI, Which is considered one of the most advanced models in the first wave

The chip and technology giant NVIDIA Continues in huge strides to launch graphic cards Especially advanced for gaming and content creation since we first got to see the exposure of Ampere, Its new graphics architecture.

As if the world has not stopped reigning, and the prices and availability of hardware are in absolute routine, decides NVIDIA Launch a duo graphic cards New to the market that are an addition to the performance over those it has introduced since the beginning of the same. There is also a small twist. 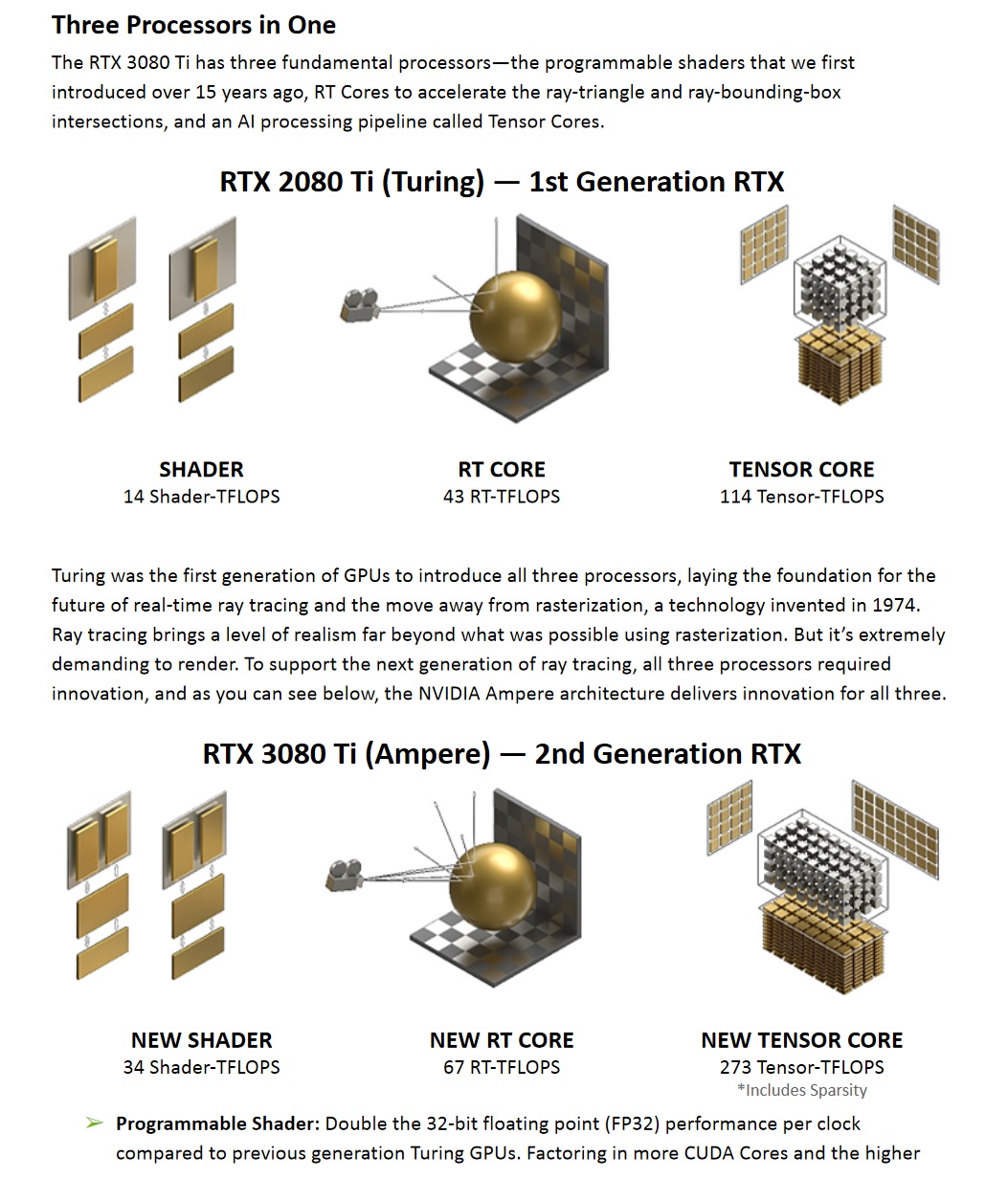 To remind you, a number of significant improvements have been made in the transition between the previous Turing architecture we saw in the RTX 2080 Ti and the Ampere architecture of the RTX 3080 Ti. The parallel calculation has been improved by tens of percent per area as more processing groups receive commands at the same time. Development Of special cores for tracking funds processing and also Tensor cores for machine learning calculations have also advanced one step further in volume with Ampere. 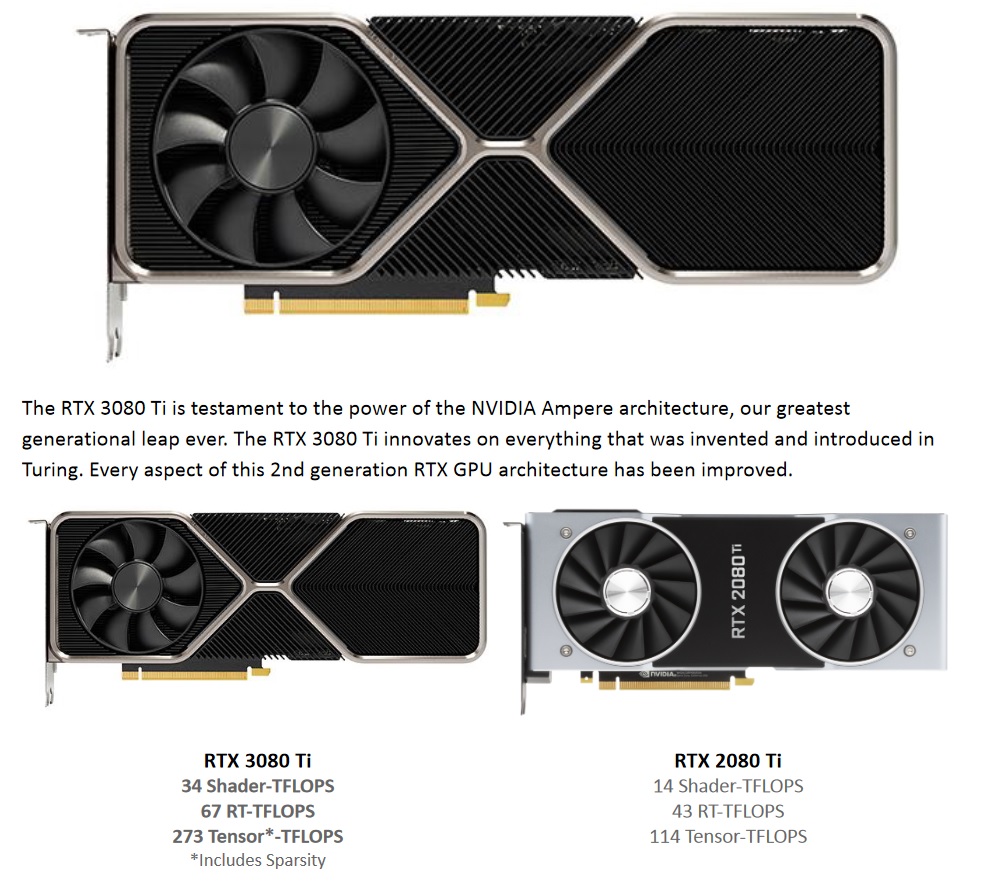 The launch events today relate to the RTX 3080 Ti when the RTX 3070 Ti hits the world air in exactly one week. B-NVIDIA Love to compare the RTX 3080 Ti to the RTX 2080 Ti, probably simply because they are the most advanced "Ti" available at the time. This comparison between the models is made several times in the journalistic materials of NVIDIA. There seems to be a great need to clarify that theRTX 3080 Ti is the true spiritual successor of theRTX 2080 Ti, or at least of the same approach to uncompromising performance. Could very well be the reason this is happening now compared to the launch RTX 3080 is that the memory capacity is higher and stands at 12GB compared to 10GB at the time. Of course there is also a jump in the power of conception itself. God-RTX 3080 Ti is the closest thing toRTX 3090.

This is how the new video card series of NVIDIA. You can see a very clear hierarchy in the amount of resources devoted to each off-the-shelf product, with everything you see in this list still being produced and still sold… where there is at least inventory. Not much in the history of NVIDIA We saw such a quick launch attachment that included seven video cards from the same series. The interesting thing is that the desire for performance is higher than the desire to produce graphics cards with an extremely low heat envelope. Almost all new graphics cards from NVIDIA Rated 200W or more of heat casing.

There is an interesting technical feature that does not appear in the various technical specifications or launch materials and that is the reduction in Etherium mining speed of the new video cards. To-NVIDIA A new branding called LHR or Light Hash Rate that comes to symbolize that this hardware-level video card has a limit of half the traditional mining speed to which it is capable. The new Ti cards come as a default LHR when there are no RTX 3080 Ti and RTX 3070 Ti models at all at full mining speed. Well, almost not. Video cards made NVIDIA Itself (as you can see in the pictures above) will actually contain full mining speeds. Admittedly, these tickets will be in extremely rare availability. These are not the same cards you will find (or at least try to find) on store shelves. 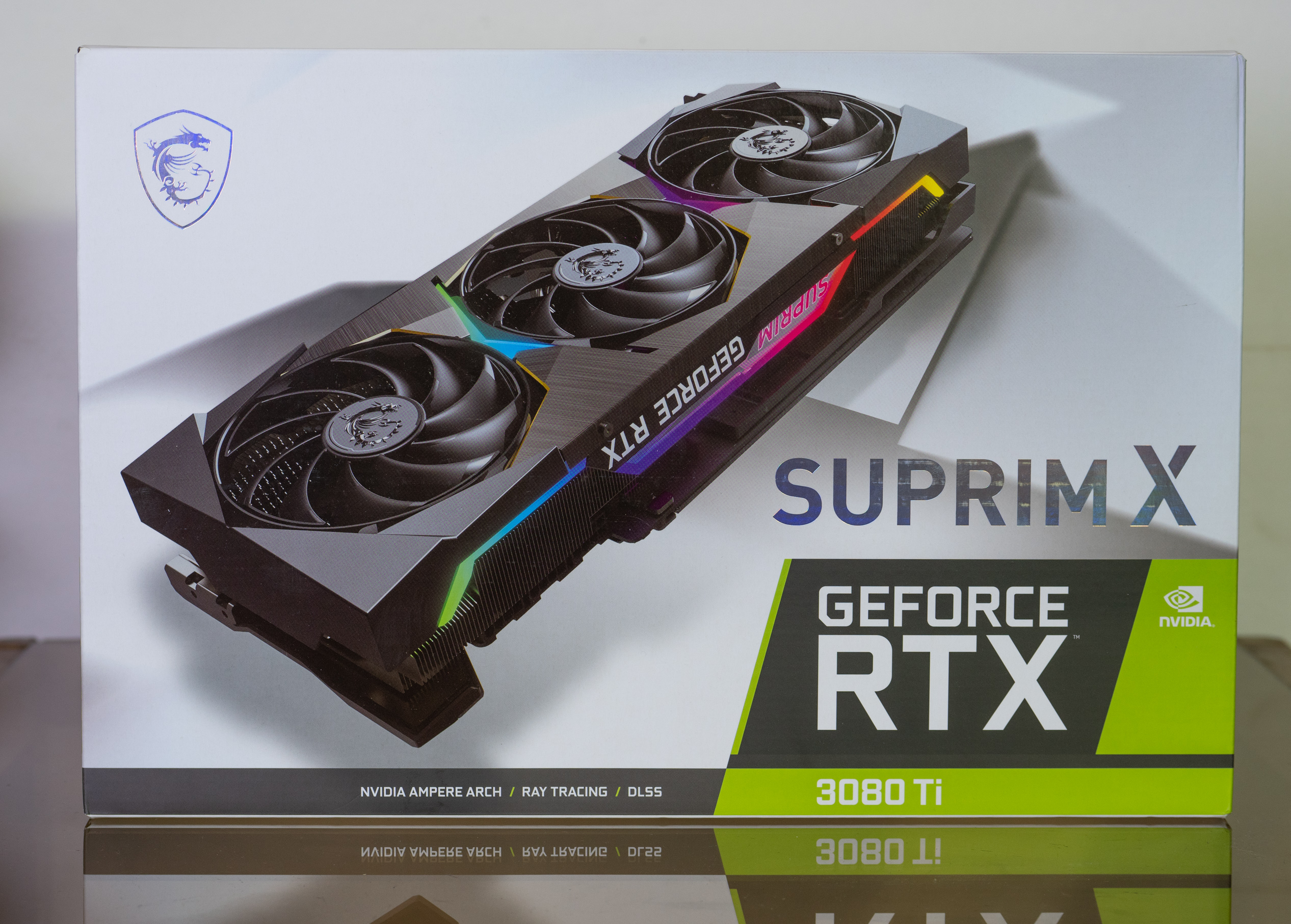 The performance review for this launch we present with the SUPRIM X of MSI, Model RTX 3080 Ti which is considered among the most advanced and prestigious in design and level of hardware.

Hardware maker MSI has three general levels of body level Cooling And printed boards. At the base you can see models like Ventus (although its quality is also excellent), in the middle the Gaming X which is already considered premium. The most senior models are called SUPRIM which is definitely an interesting and unconventional branding. Reminds us of special trends from the world of brands. The X just came to say it was a hurried video card from the factory.

At this point it has been said that as far as the price and availability of the video card is concerned the situation in the market has not changed significantly in the last few months. There is still a very large demand for products of this type from just about anyone you can think of. The AI ​​world wants such, the gaming world wants such, and of course content creators and graphics people who appreciate the respectable processing power that such a product offers. 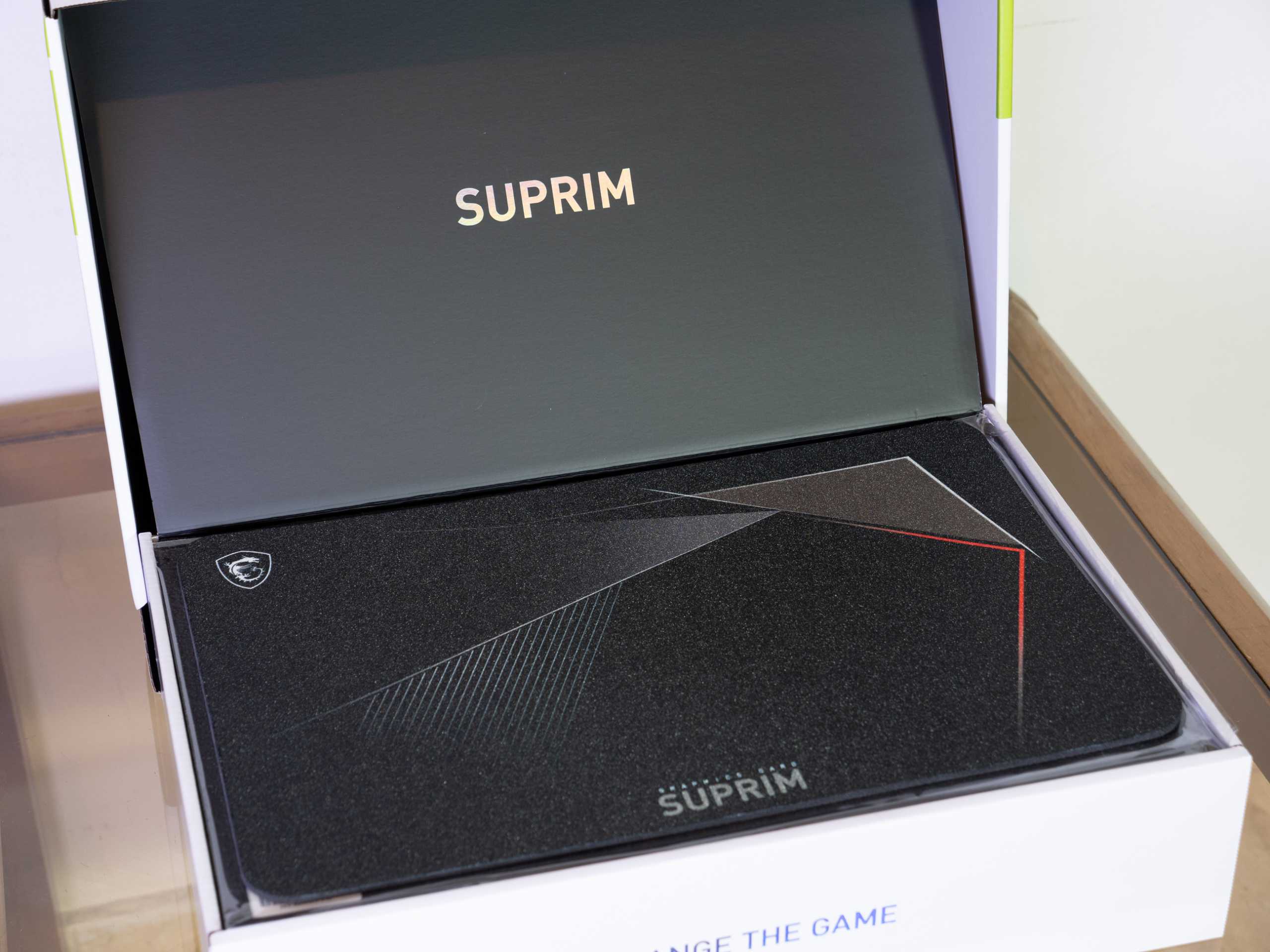 In the case of this video card you also get a nice pad for the mouse, and even a tool that holds the video card inside the case with a latch. 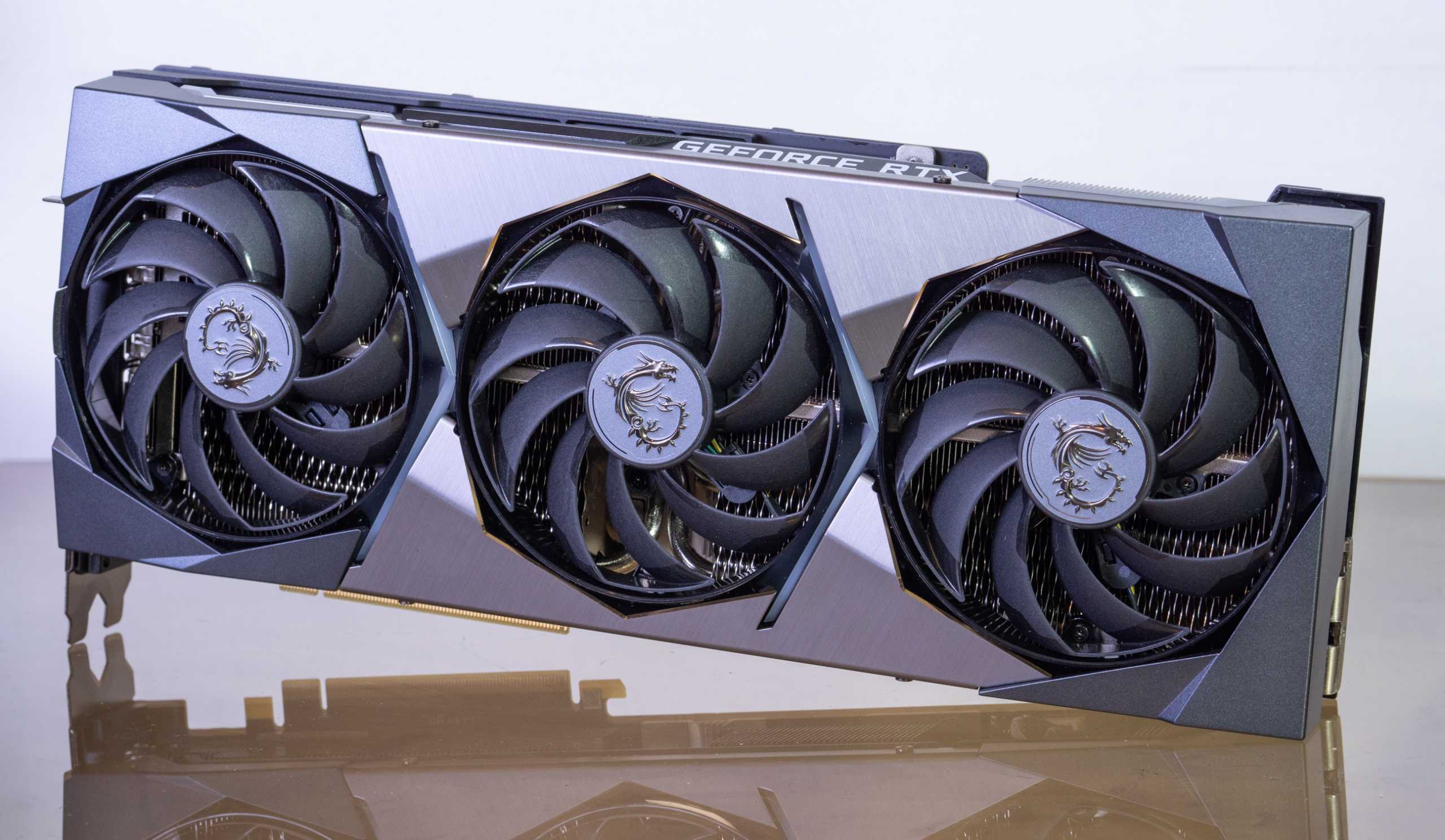 This is MSI GeForce RTX 3080 Ti SUPRIM X 12GB in all its glory. The veterans of your sons probably remember the Lightning brand of MSI Which was designed for overclocking and came with the most advanced coolers. You could say that today is the SUPRIM of MSI He is the one who took this place of the glittering flagship product. 33.5 inches long and 14 inches high, this video card is one of the largest you will find.

The respectable cooling that goes by the name of the Tri Frozr 2S takes up a width of three interfaces in the motherboard, but most of the simple and advanced motherboards alike will support its installation without any problem. 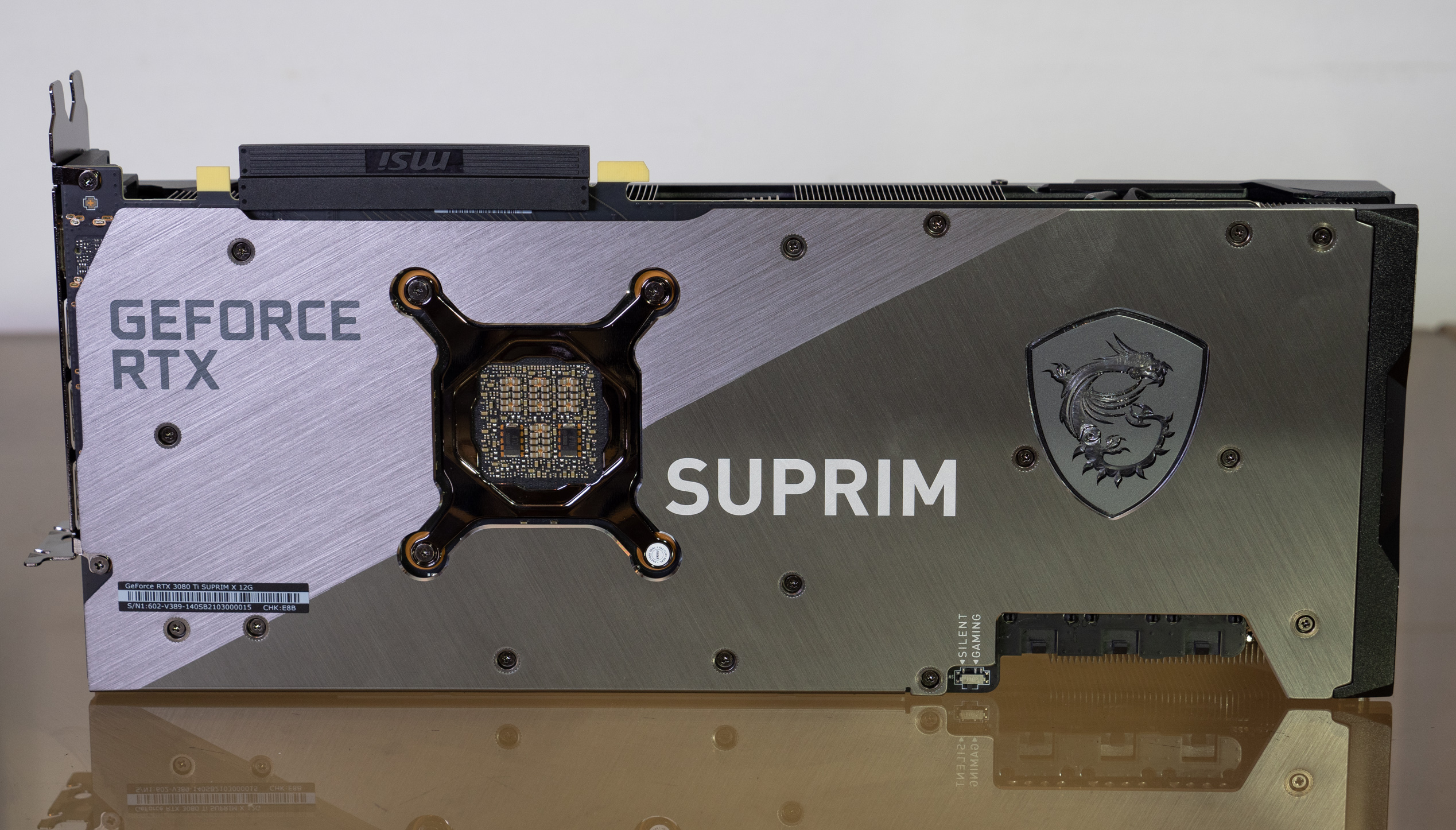 GDDR6X memory is known inside one that emits a tremendous amount of heat, and its cooling on the back of the card is a recommended thing. This video card uses a respectable aluminum surface and thermal pads to conduct heat from the card. The color scheme is interesting, mostly silver. There is a dragon logo associated with the gaming products of MSI And it's on RGB Are controlled. 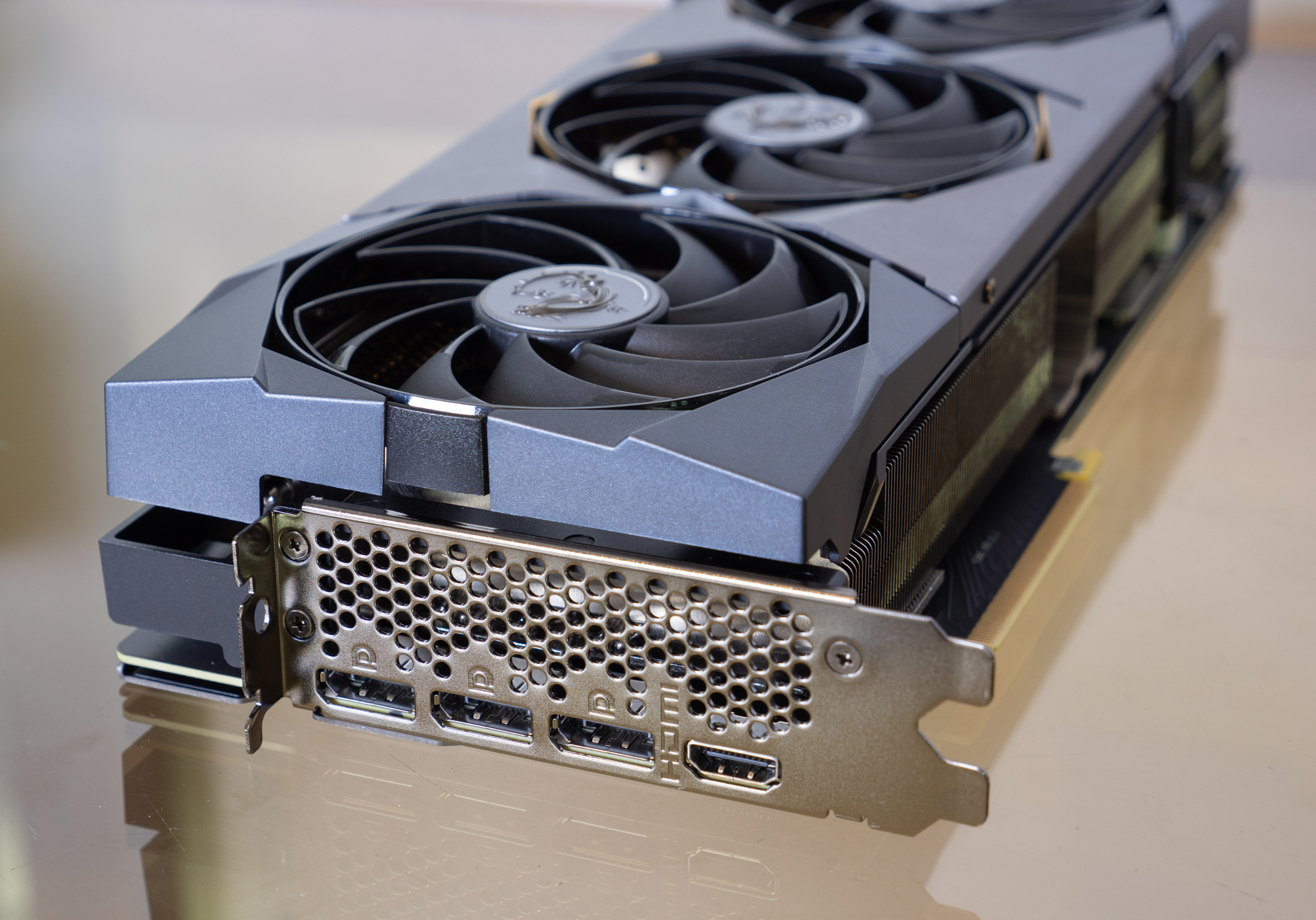 This video card has the same display and coding engines that we have known in Ampere cards so far. There are three ports DisplayPort 1.4a together with port HDMI 2.1 Modern. 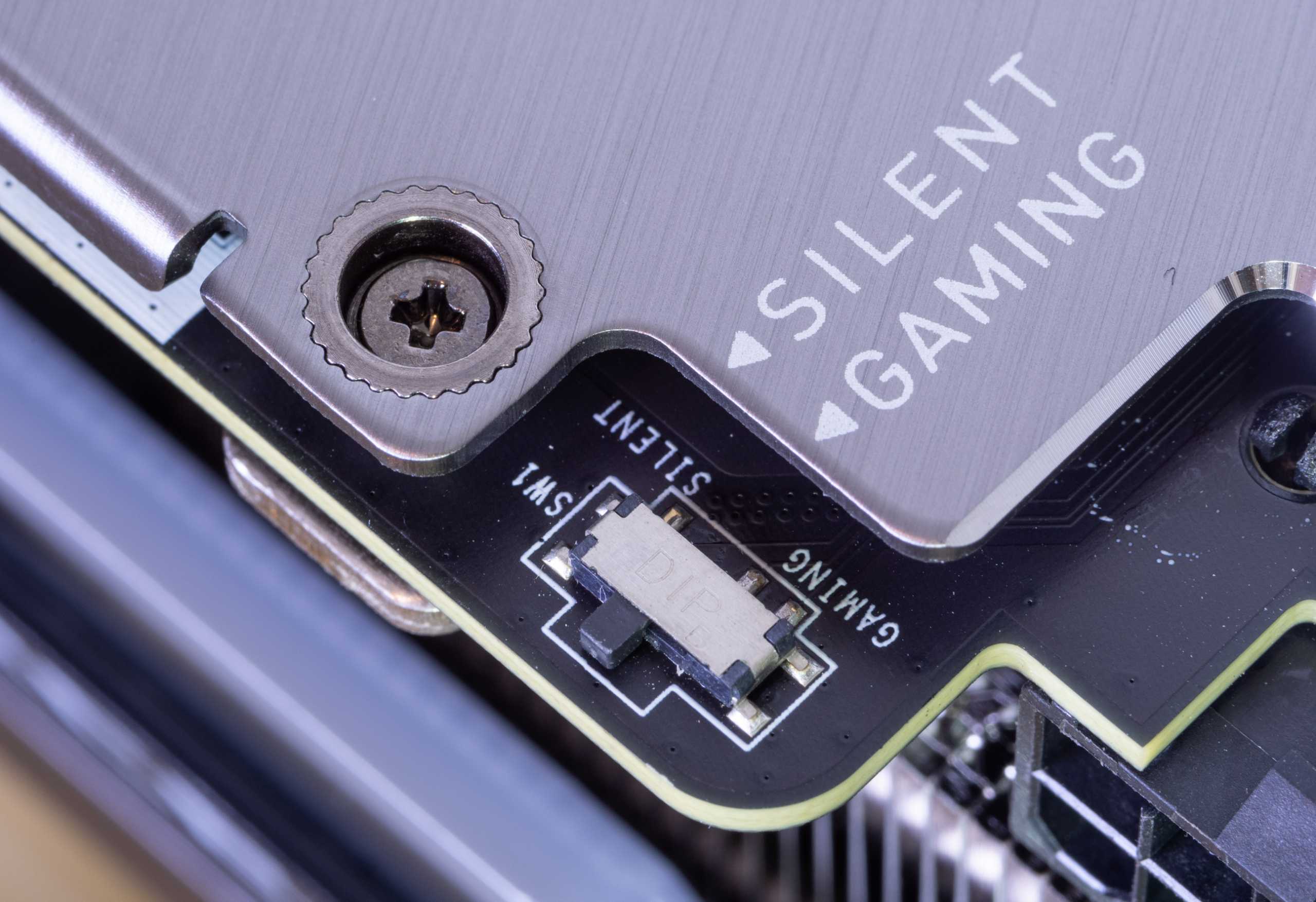 On the back of the video card there is a selection switch between two working modes. This is a switch that must be set before turning on the computer each time. There is a gaming mode and a quiet mode. In practice, the difference between them is between two fan profiles, when that of gaming will be slightly more intense. In practice, this cooling is so quiet and efficient, that the difference is small anyway. 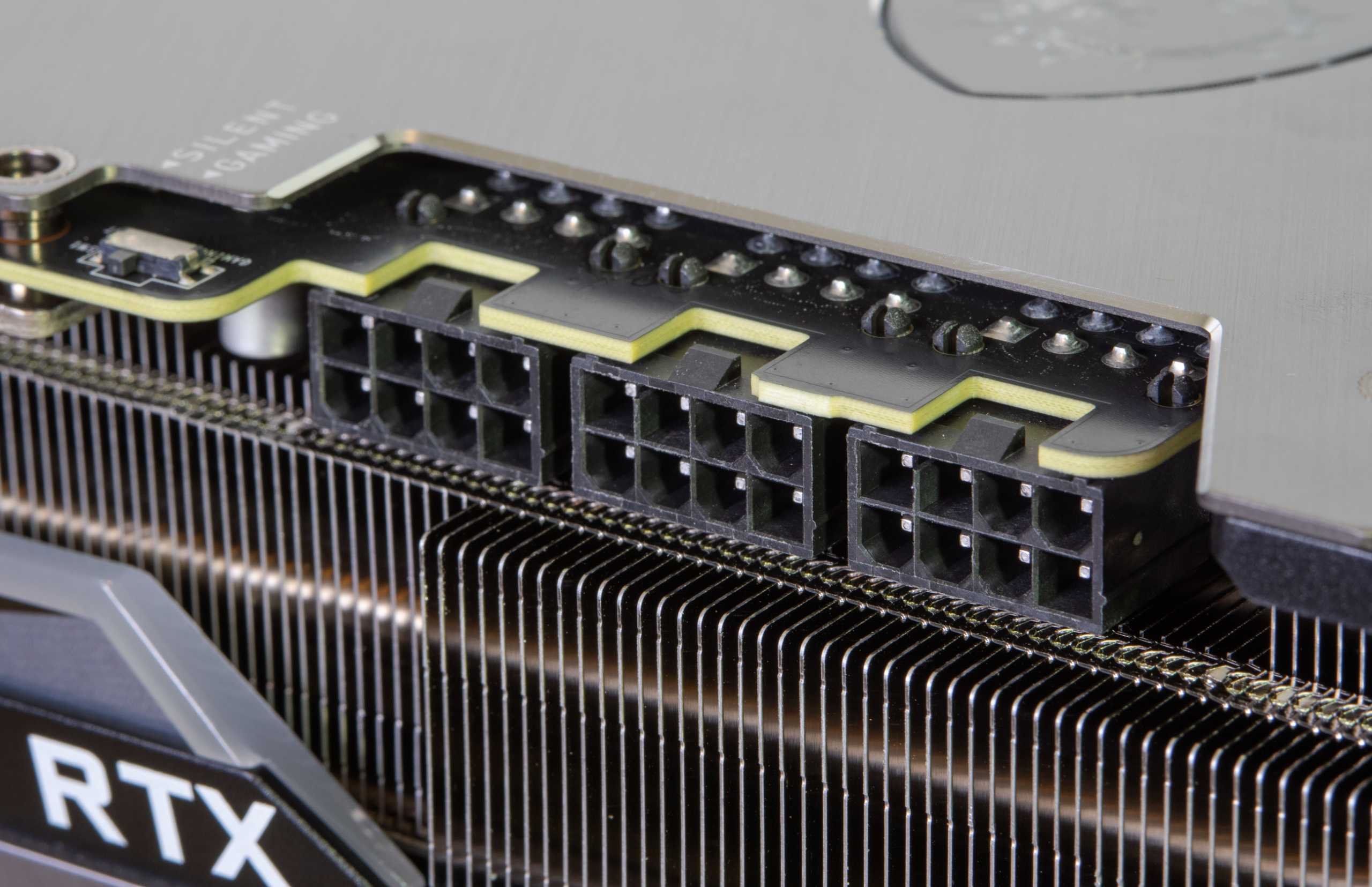 The amount of power connectors is not for the faint of heart or power supply. Three 8PIN power outlets are required for this video card to work. Its heat envelope is rated at 370 W according to MSI. 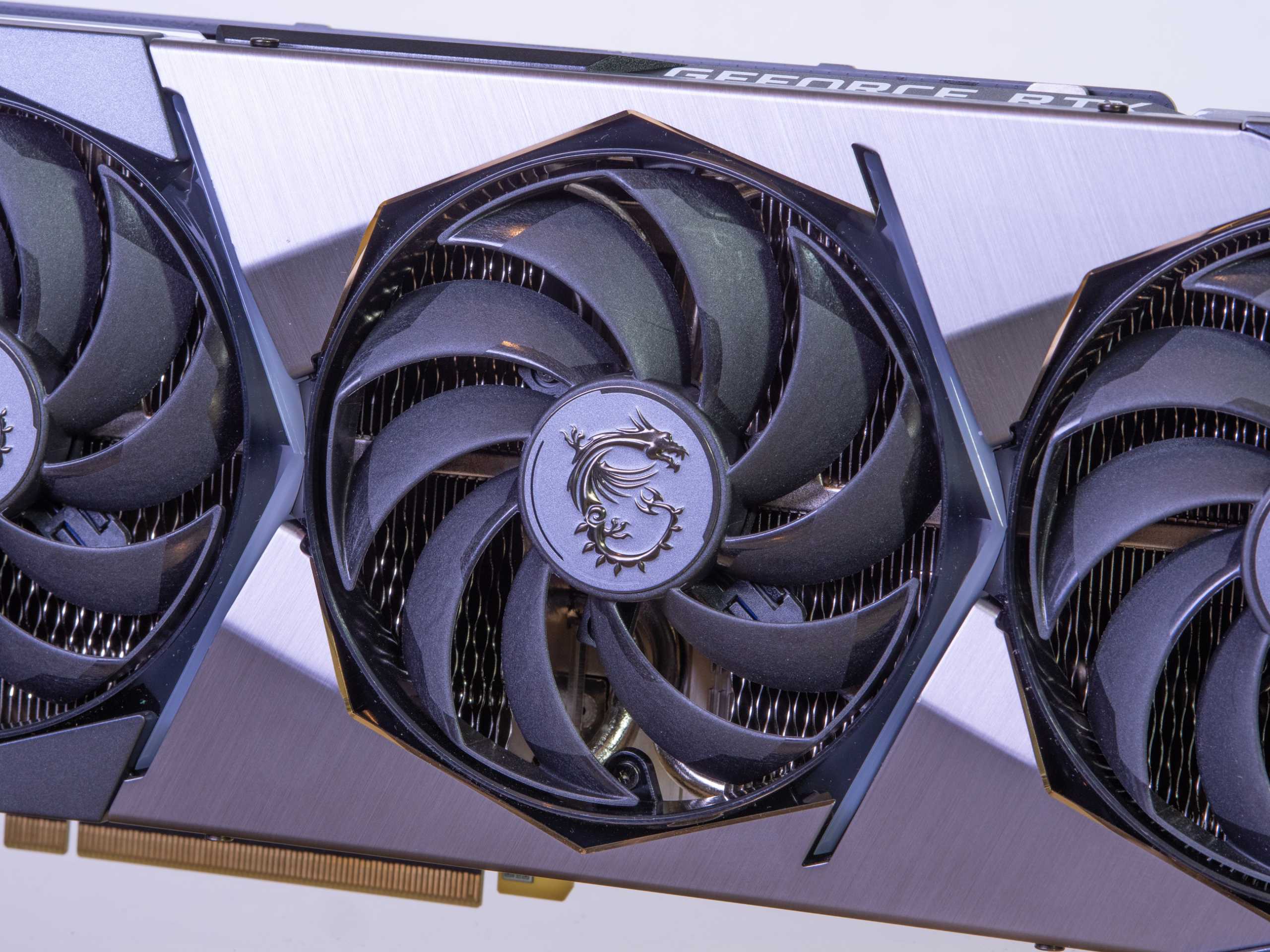 Here's a closer look at MSI's TORX FAN 4.0 fans. These fans are considered to be the most durable and efficient in between graphic cards Advanced. From our experience so far over the years, we can safely say that there is probably a good reason we have not seen a fan of MSI Fails. The maintenance of these fans is also possible with disconnection and relatively easy replacement. Hopefully he didn't have to get there at all. 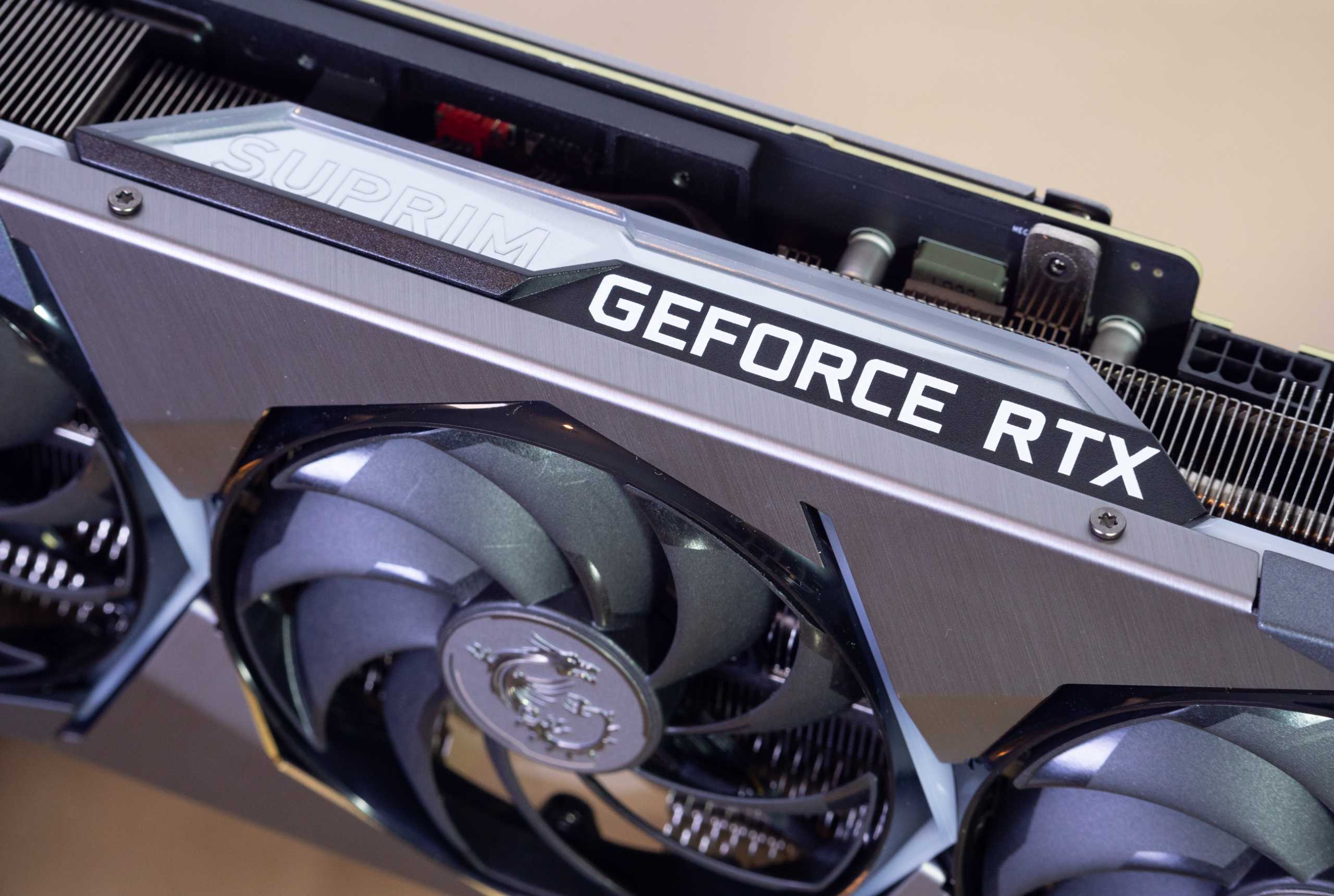 The user-facing video card side contains bulbs and switching as appropriate for any advanced video card today NVIDIA. The GeForce RTX logo is part of the protocol. Later also תמונות With lighting. 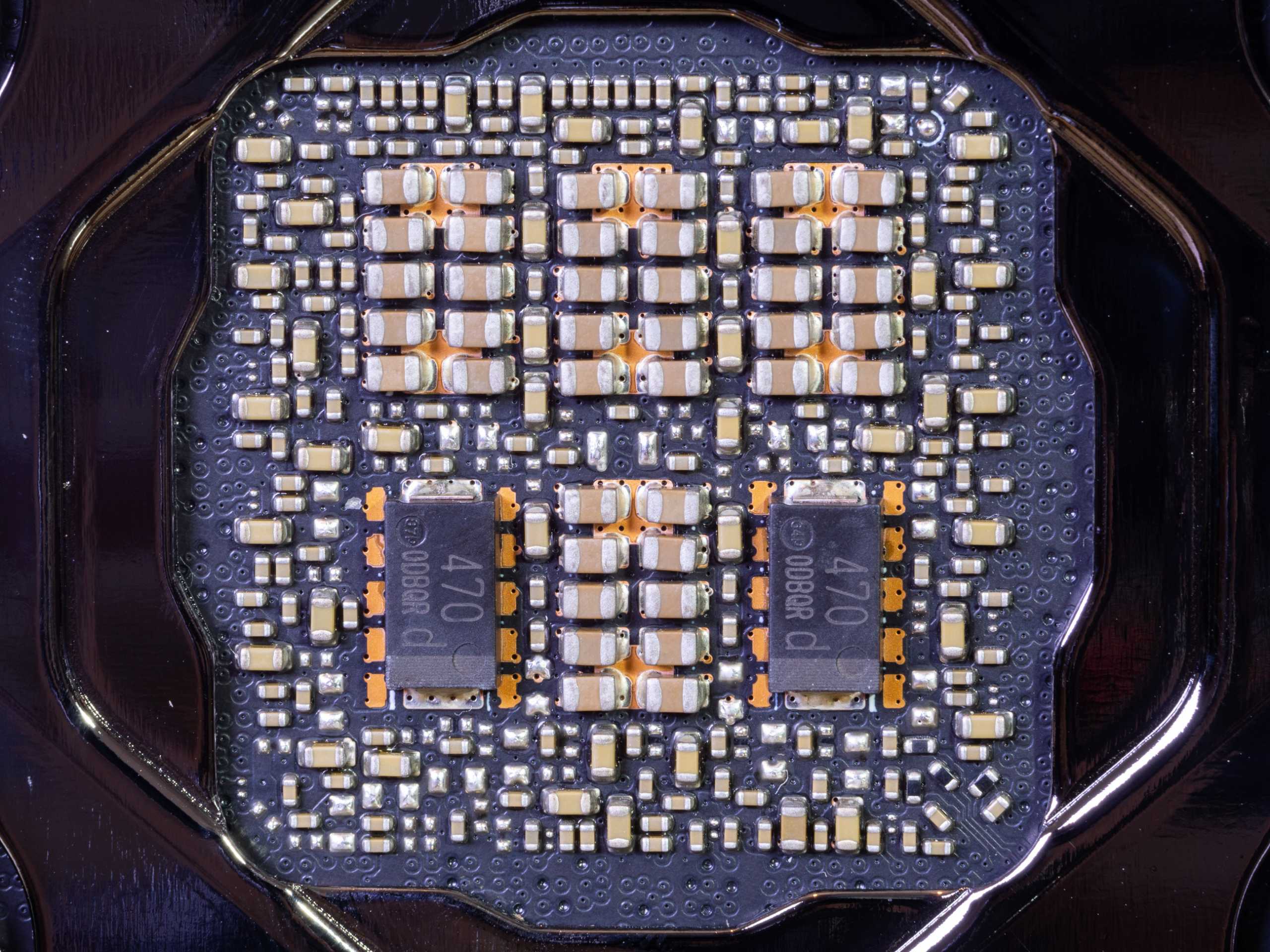 An interesting macro image is that of the capacitor composition behind the graphic core itself. Here is a long story of learning, learning and improving a product. When the RTX 30 series was launched NVIDIA, There were users who received that their computer system crashes when changing from rest mode to game effort mode. According to many, it was the capacitor composition of the video card and associated with the graphics core itself. It has been said that in some designs there is no good balance between capacitance and response time and current supply. Healthy use of a combination of small ceramic capacitors along with large SMD capacitors (in this case 470uf) gives the use of capacitance and fast response when this printed circuit board makes the transition between a single tens of watts of power consumption to about 400 in a few hundredths of a second. Absolutely impressive.

At this point we move on to our fresh exam system and also the performance tests - on the next page.