MSI's new-old motherboard is called the Z170A Krait Gaming R6 Siege, and is launched in conjunction with the new title of UviSoft. The beginning of a wonderful friendship?

Hardware manufacturers are using a variety of different methods in an attempt to get us to buy the same product that costs a little (or a lot) more than we planned, and it seems that the latest trick of the company MSI May be opening up a new trend in this area.

The Taiwanese manufacturer Now revealing The motherboard called the Z170A Krait Gaming R6 Siege Edition, which is a sub-version of the Z170A Krait introduced about a month ago - with branding In the spirit of the new title of Rainbow Six, As well as a download code for the tuner itself that was included in the cost. The differences between the standard Krait model and the R6 Siege model are minimal (if any), but the company insists that it is a separate product of its own, which is also presented as such on the printed circuit.

The Z170 Krait R6 Siege offers a refreshing black and white design based on the Z170 chip set for the LGA 1151 chassis and Skilike processors, and includes 4 memory channels with maximum speeds up to 3,600MT / s, a pair of 3.1 rear connections based on an ASMedia controller, three PCI slots -Express x16 To create multiple x8 / x8 / x4 multi-card arrays, a single M.2 connection with four PCI-Express channels is attached to it for maximum theoretical speeds of up to 4GBps, a Gigabit Ethernet connection based on the I219-V controller Intel And more. 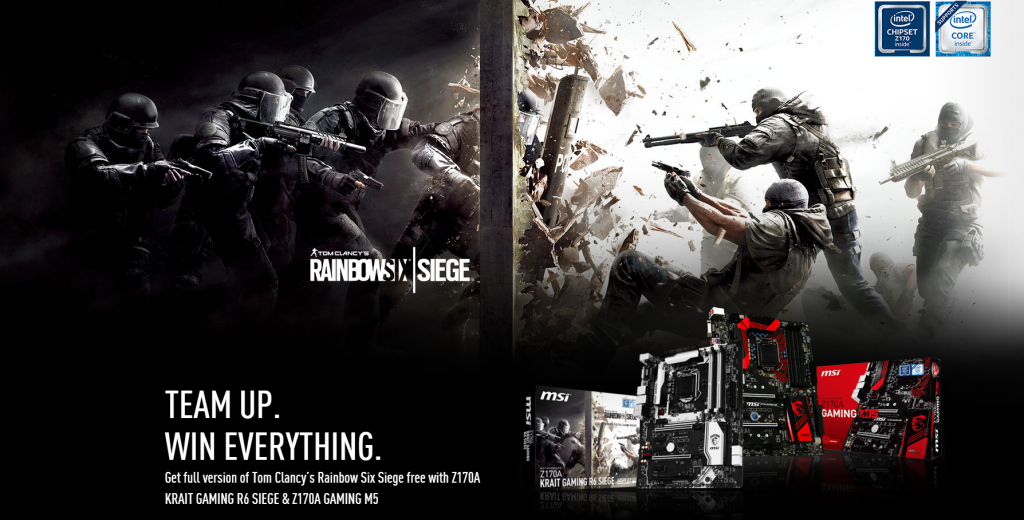 This is not the first time Motherboard Is offered along with some game that all purchasers receive, but this is undoubtedly one of the first times it is not a temporary operation but a real product that enters the company's broad line. after all, Consoles With a special dedicated branding inspired by this or that game and also branded peripherals for PCs are a nice success - so why not try and continue the success in the world of motherboards as well?

In the not-so-distant future, almost every major game seems to win its own branded hardware line? We shall live and see, although it is worth noting that this did not appeal to us like an idea that is too far away from reality.