Until the end of March this year, the LGA1200's holder Intel Is expected to get a new series of Processors Named Rocket Lake S, business as usual. Until this launch, we are expected to receive the launch and wide distribution of a new series of motherboards as well. Just like any refresh of Processors For an existing chassis, it is important to know that existing motherboards from the 400 series for Intel will also support processors Rocket lake S through BIOS updates. The new 500 series motherboards will mainly be a higher starting point for those who want to purchase a new computer system and are considering motherboards to choose from.

On the technical side, the new chipsets are built like the previous ones at the chip level. Admittedly, yes there are some changes in certain chipsets and features that the user will get in the new generation and did not get in the old generation. First of all - the System Memory Quick (DDR4) officially opens to all chipsets. No more users will have to take the most advanced chipset to enjoy a possible combination of any processor with any available memory speed. Want a processor Core i5 with 3600MHz memory on motherboard with B560 chipset? This is now possible as long as the Rocket Lake S (Generation) processor is used Core 11).

Identify the new chipsets from Intel To the generation Rocket lake S with an addition of 100 in number compared to the previous ones - Z590, H570, B560 And H510. 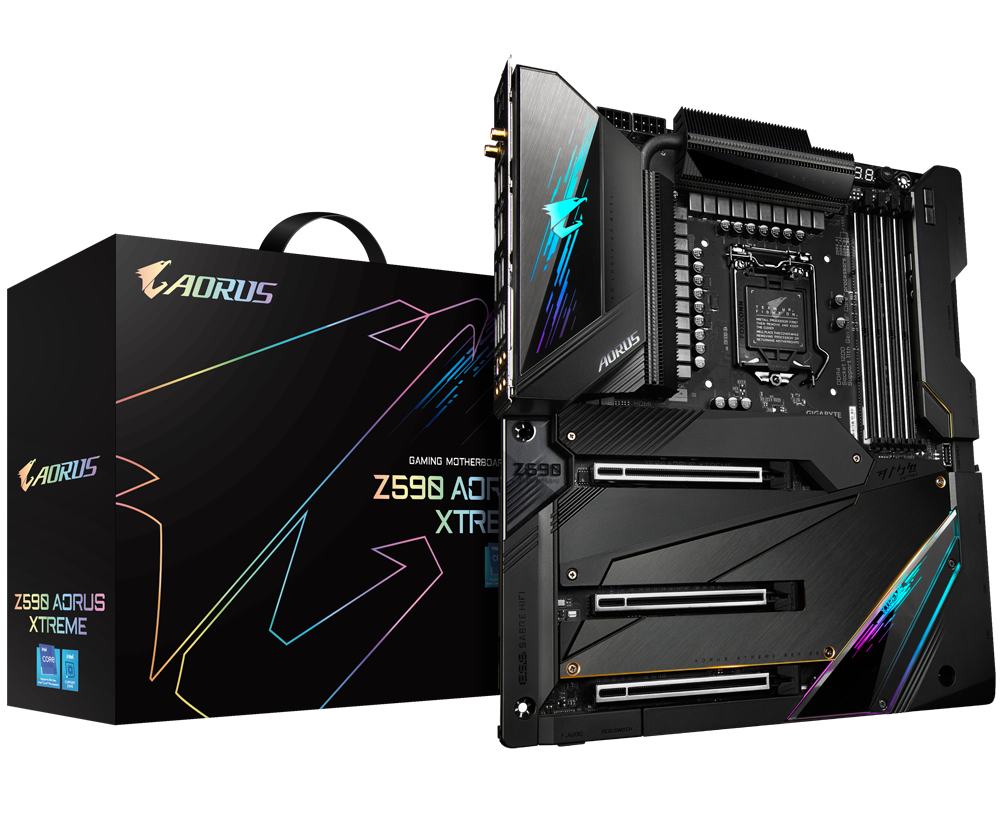 GIGABYTE's flagship stays with the XTREME branding with Z590 AORUS XTREME. This is a slightly crazy motherboard and a price tag that usually exceeds any processor that can sit in its holder. Aside from its immense weight thanks to hundreds of grams of cast aluminum, the AORUS XTREME typically features a CPU power supply system that allows complete freedom when in quick use. Cooling Exotic such as liquid nitrogen and liquid helium.

Expansion interfaces and high-speed ports are part of the identity of the AORUS XTREME. It leaves the traditional USB 2.0 at home and provides fast ports of 10Gbps and 20Gbps. There are also four USB ports at 5Gbps. Thunderbolt interfaces are becoming routine in the new chipsets of Intel. Also connectivity Network Quick exists here with entrance to visit Network 10Gbps and 2.5 Gbps. The wireless network controller is of the 11AX type and allows speeds of up to 2.4Gbps, very impressive.

Given that you are a Z490 board AORUS XTREME can be found today at a price of about NIS 4,000, we do not expect theZ590 You'll be cheaper.

At half the price and even less compared to the flagship, there is a significantly sane model of Motherboard Advanced - TheZ590 AORUS MASTER. This is the model for those who want the vast majority of flagship features without the crazy price tag. Here you still get 10Gbps high-speed network connectivity and 11AX Wifi (albeit without an additional wired interface), an over-engineered power supply system and many storage interfaces. The MASTER is a rank Motherboard Very popular among overclockers, hardware sites and content channels on the internet thanks to the many tools and the No nonsense approach it brings. 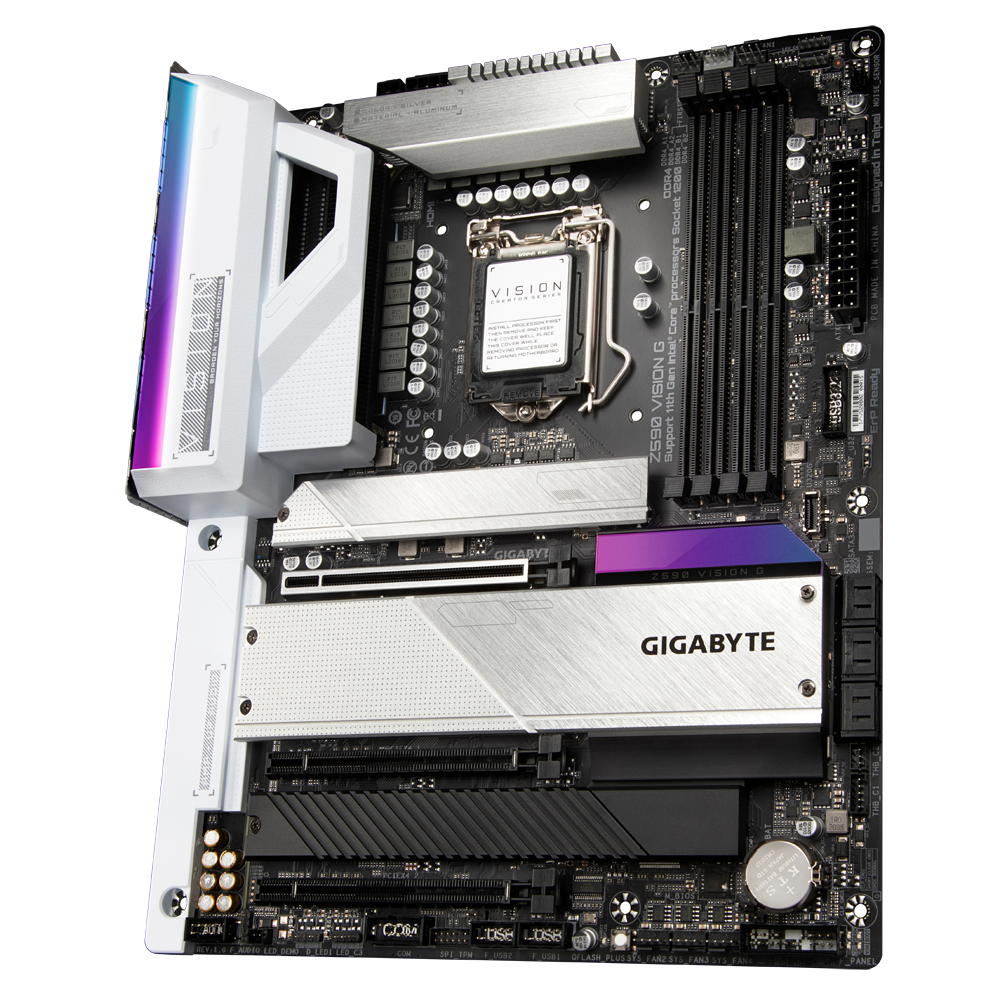 A new branding of products was born in the previous generation of motherboards - the VISION designed to replace the Designare brand that accompanied GIGABYTE for several years. God-Z590 VISION G Is a successor to the Z490 VISION G, motherboard Which surprised us very well.

The idea behind the motherboard is quite simple and includes a non-flashy design with a number of interfaces that are usually found in the middle market share between advanced motherboards, in the region of NIS 1,200. There are all the tools needed to perform rapid cooling of air or water to any processor that can sit in the cradle, memory support DDR4 With a capacity of up to 128GB and at a reasonable speed (4133MHz is also considered reasonable for Motherboard It).

Depending on the lower price tag, one can find a combination of faster ports with slower ones on the back of the motherboard, when there are ports USB 2.0 alongside 5Gbps, 10Gbps and 20Gbps ports. We try to avoid using the full names of the interfaces, because they mostly create confusion. It is important to remember that speed USB 2.0 is only 480Mbps. 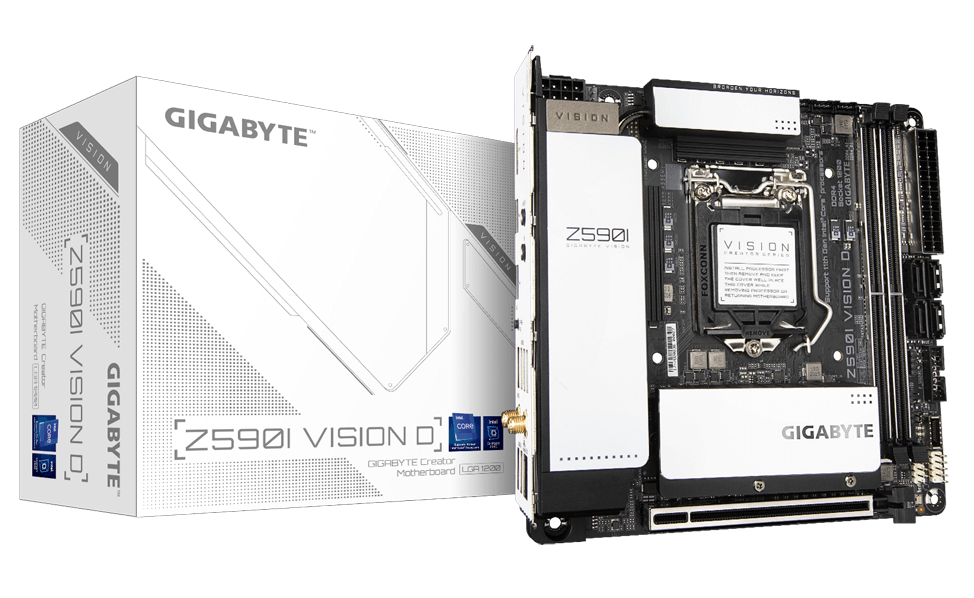 The VISION funnel also gets a tiny motherboard in the MITX configuration. Motherboard Z590I VISION D Is GIGABYTE's vision fit in a small package. With a single PCI-Express X16 interface, one video card is all that can be accommodated. There are two memory interfaces DDR4, Four SATA ports for standard hard drives, M.2 interface under the CPU cradle, and mostly lots of white.

As part of the nature of small desktops, the Z590I VISION D adapts itself in terms of interfaces. You will find here two of a kind Thunderbolt Beside USB At speeds of 5Gbps and 10Gbps. 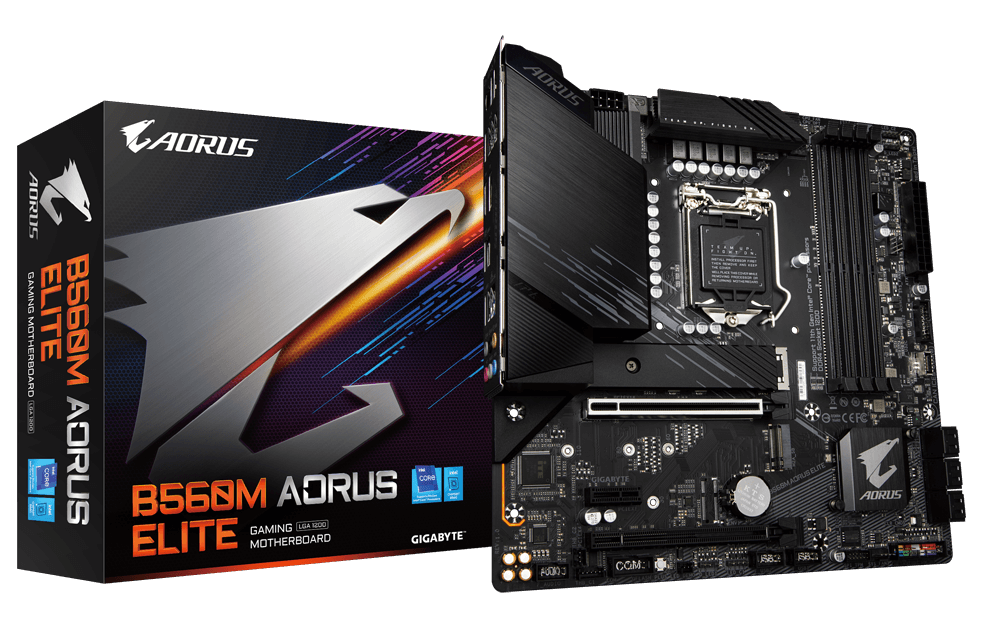 GIGABYTE gives us at this early stage a glimpse into some of its B560 board models as well. We still do not get many H570 and H510 chipset. God-B560M AORUS ELITE that is Motherboard Fairly advanced in the medium MATX configuration. Due to being Motherboard Other than Z590, will not be possible to perform The fast To the various processors that enable this (letter K in the name). Yes it will be possible to perform The fast For memory, as stated.

In this motherboard you will find a pair of M.2 interfaces for storage (one in PCI Express 4.0 standard and one in standard 3.0) next to SATA interfaces for middleware storage More. It is important to know that the standard of the video card interface is also PCI-Express X16 4.0 is connected to a processor. And Rocket Lake S processors come with this upgraded device. However, the interfacesPCI-Express The others are device 3.0 as they are connected to the chipset that uses the older standard.

This motherboard is expected to arrive at a significantly calmer price tag than those based on the Z590 chipset. However, it and other B560 models for the AORUS brand are expected to be popular similar to those of the B460 generation. This is an interesting combination of gaming and connectivity features, minus Overclocking The processor.

Extensive reviews and reviews of the new motherboards will begin coming online in the coming weeks and will lead to the launch of a CPU series Rocket lake S itself in March.