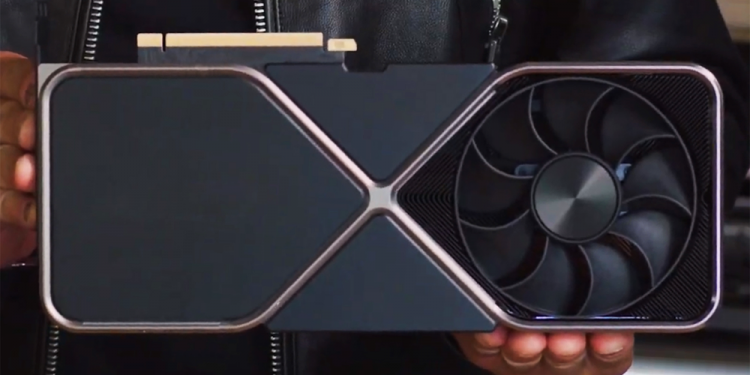 Only recently have we come across And we have shared with you information about the updated Super models that NVIDIA may offer us As a staging post until the launch of Dor RTX 4000 is brand new, and here's another new rumor that claims that there are a few more new (or new-old) products that are in the pipeline, on the way to possible exposure and launch in about three months.

According to the new report, From the mouth of a rather anonymous Twitter leak, NVIDIA has decided to launch three new graphics cards during January 2022 (perhaps as part of the big CES show planned for its launch?), With only one of them belonging to The family of Super models in question: The RTX 3090 Super which will be the new senior model in the entire series, and alongside it an upgraded edition of the GeForce RTX 3070 Ti with 16GB of memory GDDR6X, along with a comeback of the 2060GB GeForce RTX 12 memory GDDR6.

Relaunch of models from the XNUMXth generationTuring Is something we started hearing about a few months ago, as a possible method to deal with the great shortage of chips by increasing production of older and less crowded lithographs to support the latest lithographs that are not in demand, when choosing the modelRTX The most modest that has hit stores as a target is designed to allow the company, ostensibly, to reach a low and popular enough price so that it can live in peace alongside the modern RTX 3060 models that feature much more efficient and effective processing units.

The RTX 3070 Ti with dual storage capacity is a product we have not heard of before, however - it is a sensible commercial development due to the decline in the market prices of the various DRAM chips, and due to the fact that the competitor AMD Already offers successfully Memories Generous 16GB capacity in models with lower recommended prices.

Another fresh report Provides another twist in the plot, with a statement that the GeForce RTX 3090 Super will not be part of the Super series at all, but will get the official name RTX 3090 Ti and thus join the trio of existing Ti launches already in the RTX 3090 era. The mast confirms that the RTX 3090 Super / Ti will contain a fully active GA102 core with 10,752 CUDA units, but also adds the use of 24 GB of memory The GDDR6X is particularly advanced at 21,000MT / s, with a huge 450-watt power shell and the use of a new power supply connector to help support it more practically.

A maximum upgrade to the amount of processing units as well as an improvement to the most advanced graphic memory available on the market will be an exciting offer for gaming enthusiasts, but probably the price will be formidable as well - with a recommended price tag of $ 2,000 is an outright option (and a word with practical prices in the market Which will probably be tens of percent higher).

It seems that the RTX 3000 series is not yet close to its realization, and will accompany us with at least a pair of launch waves in 2022. Are happy about it, or think that only the transition to RTX 4000 with architecture And a completely new production process will be really relevant and interesting? Let's talk about it in the comments.