Come get to know one of the most important motherboards of the new generation from home Intel. Company GIGABYTE Listened to the responses and responded to the demand with theZ390 AORUS Pro

A new generation of motherboards lands on us like rain after an endless summer. The new Z390 chipset Intel Launched to the side Processors New - old series core 9000 and they bring with them more core cores, higher agility and more serious demands than their motherboards.

When 6 processors come up with processors for 8 processors, one of the effects is that you need to provide more power to the processor cradle. Today, among hardware enthusiasts, it is not obvious that any processor supported by a chassis will operate optimally. One of the reasons these things happen is that when some motherboards are designed to work with 6 processors cores, motherboard manufacturers do not know about Processors Future workers who will have to work in the same housing.

When you take today a simple motherboard based on the H310 chipset for example, and install a sample processor on the motherboard core i9 9900K, in an effort, there is a high chance that the processor will have to drastically lower its operating frequencies in order for the motherboard to withstand the crazy pressure exerted on it.

This law remains true in Z370, the chipset that until recently had been the flagship of Intel For mainstream processors.

Today we are pleased to present to you one of the most important and blessed steps thatGIGABYTE Made in her years as a hardware manufacturer. In this review we get a closer look at the AORUS PRO, Motherboard Has a price tag of about 950 shekels that replaces motherboards like the Z370 Ultra Gaming. 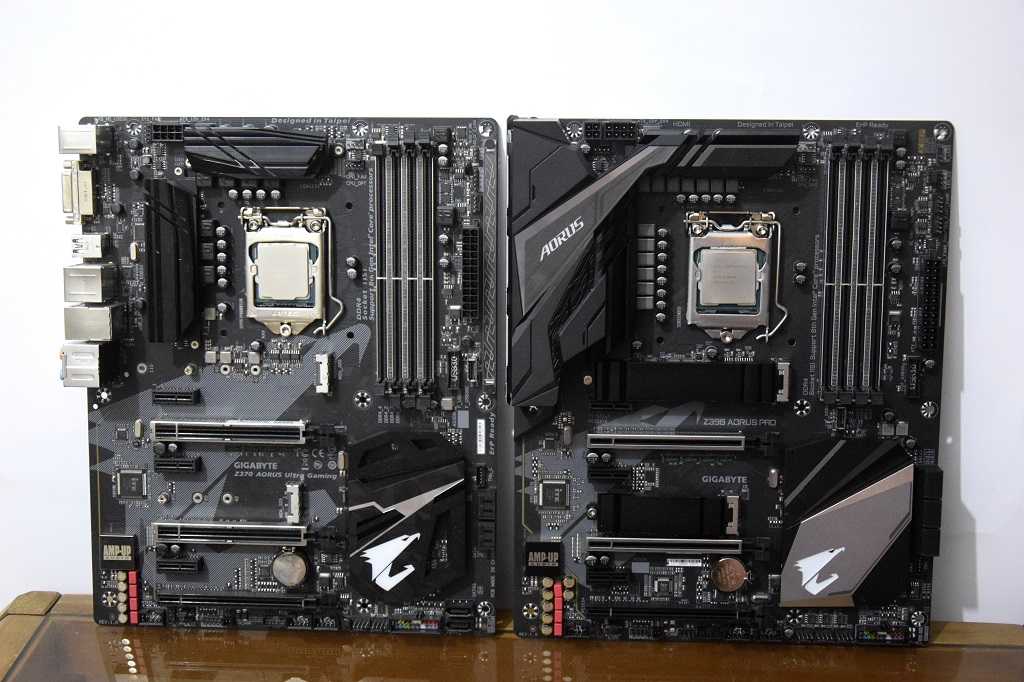 God-Z390 AORUS PRO, right next to the Z370 Ultra Gaming. Two different motherboards, similar launch price, about a year apart. The sharp-eyed among you (and even those who are a little less so) will probably notice one major and major difference between the two. 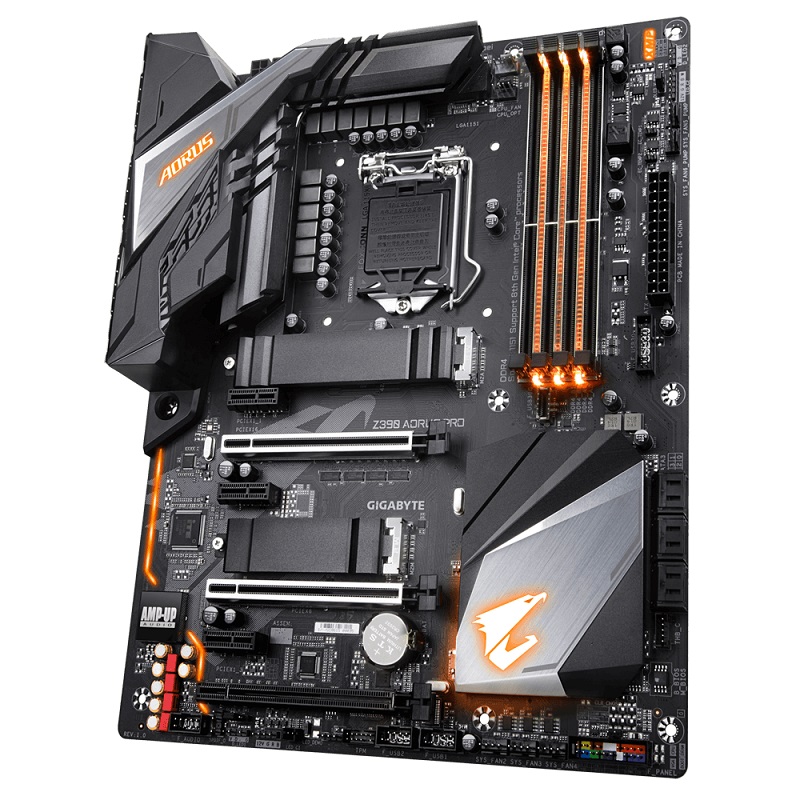 Here are some facts about theZ390 AORUS PRO of Gigabyte:

This motherboard was designed after a long series of reviews on the previous generation, and in the knowledge of the next generation's employees. It was designed in advance to provide hardware personnel with an ultra-advanced power supply system for the processor, and it seems that most of the focus went there. 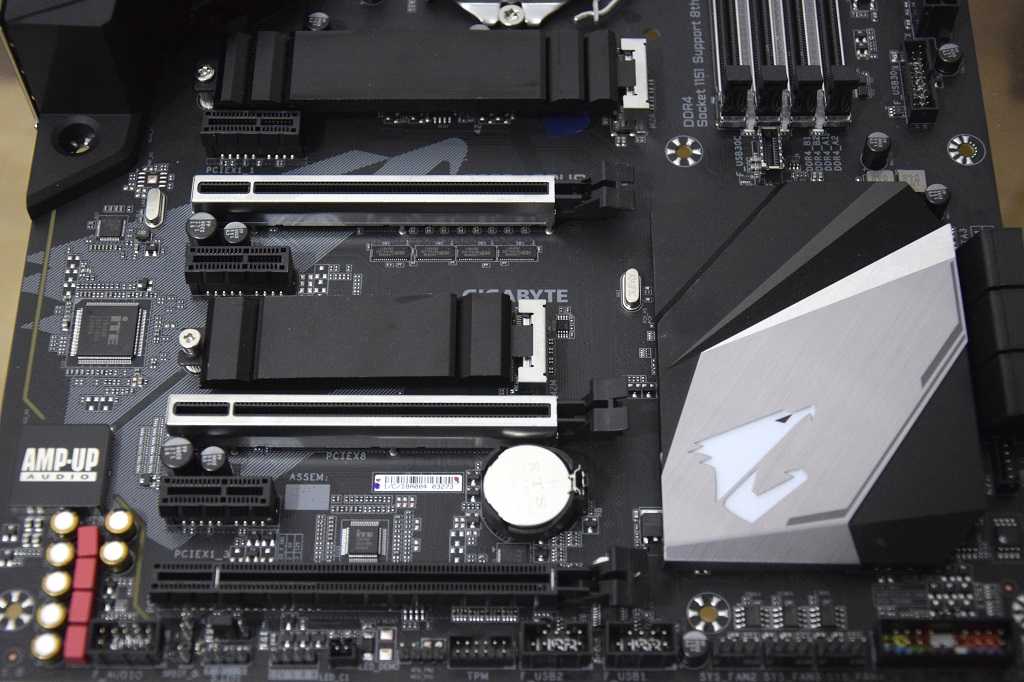 The Z390 AORUS PRO supports two drives SSD The M.2 interface comes with these nice coolers that are made of aluminum. They also include a thermal pad that has already been pasted so that all you have to do is plug and polish the lid. SLI and CrossFireX are also supported for individuals who are still interested in 2 graphic cards For games.

The lower PCI-Express interface comes at an X4 speed and is suitable for expansion cards like drives SSD, Cards Network, Sound cards and capture cards. 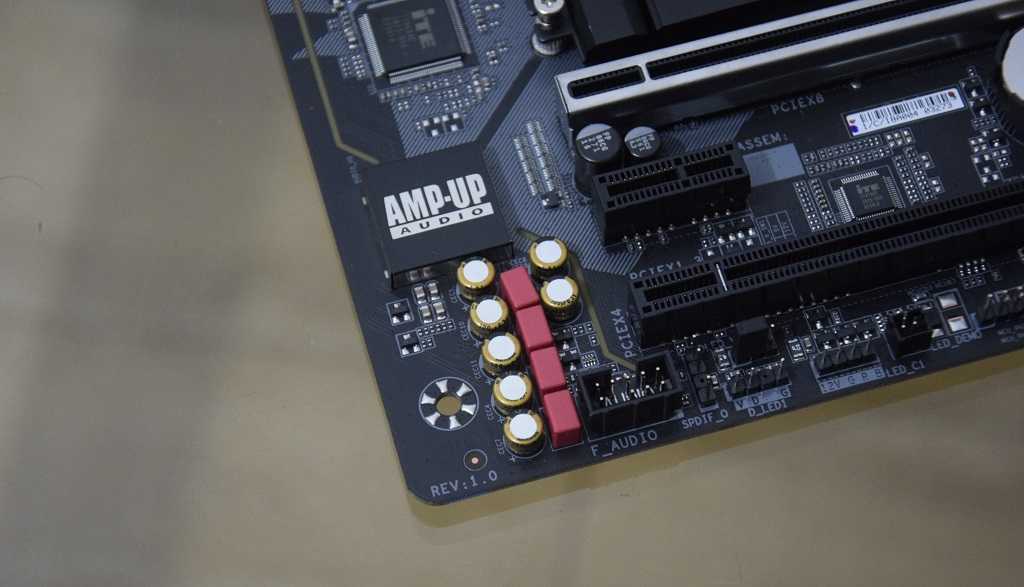 Also advanced audio is part of the package. This motherboard uses Realtek's ALC1220, chip A fairly high-quality sound in the structural category that has recently become a favorite of motherboard makers. The indication around it includes insulation against the other components in the area and the use of Japanese capacitors for electric capacitance and filtration. 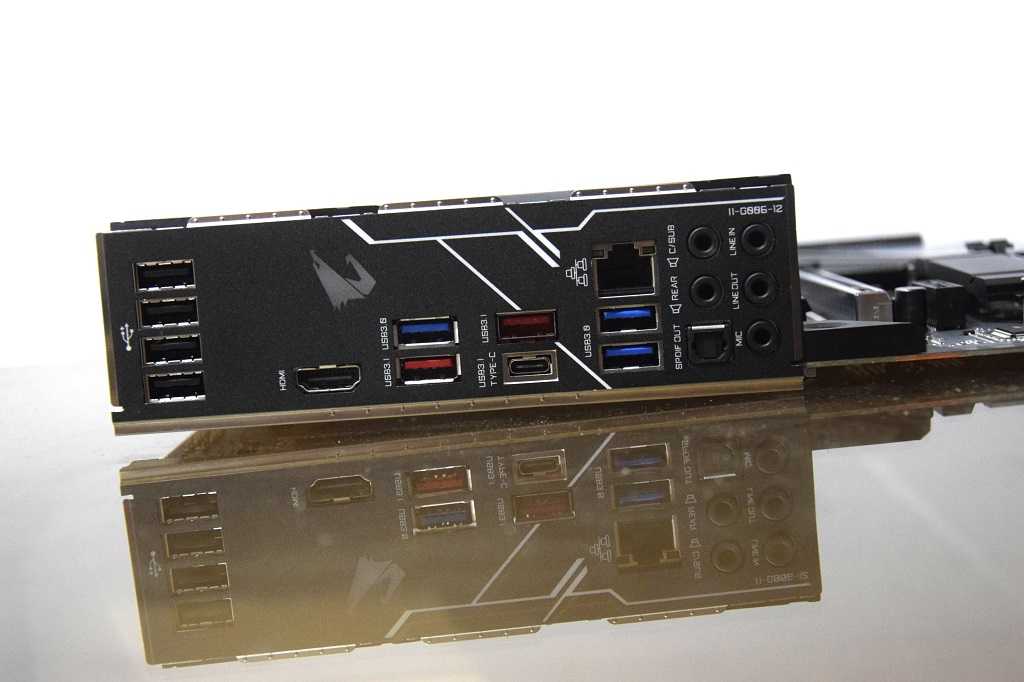 Rear ports that are impossible without. Audio in channel 7.1 is connected to the sound card. In addition to it 9 ports USB Standard 4 is 2.0 and the rest is 3.1. There is also a port USB Type-C as required. The network card on this motherboard supports 1Gbps traffic and therefore the standard port. There is a connection HDMI Isolated if you use the graphics core built into the processor.

I think this is a perfectly respectable set of ports, and there is certainly room for departures USB 2.0 old and good motherboards today. Even so the keyboard and mouse are going to grab at least 2. Some keyboards only need 2 connections.

A nice bonus and a trend that I'm very happy about happening is that the entire back panel is covered so you do not have to deal with this unpleasant knife called the IO Protector whenever you put the motherboard in the case. 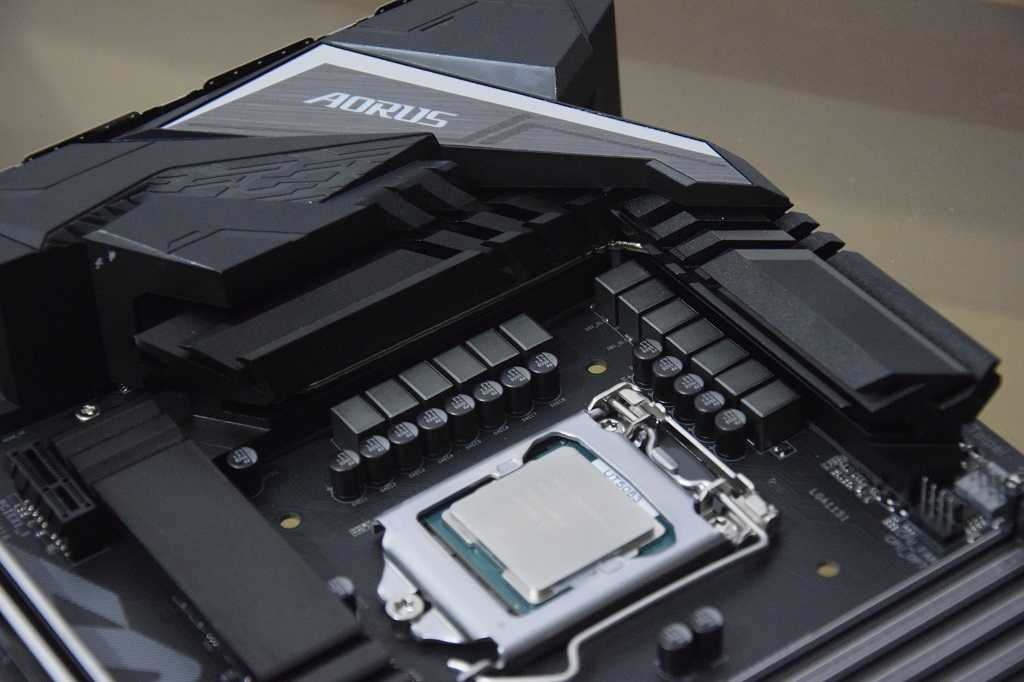 Here is the star of the show atZ390 AORUS PRO. This motherboard contains for the first time in this market share a very impressive power supply system of 12 + 1 stages for the processor. This is compared to the 4 + 3 stage system we encountered in the Z370 Ultra Gaming. The heat sinks have also grown significantly. 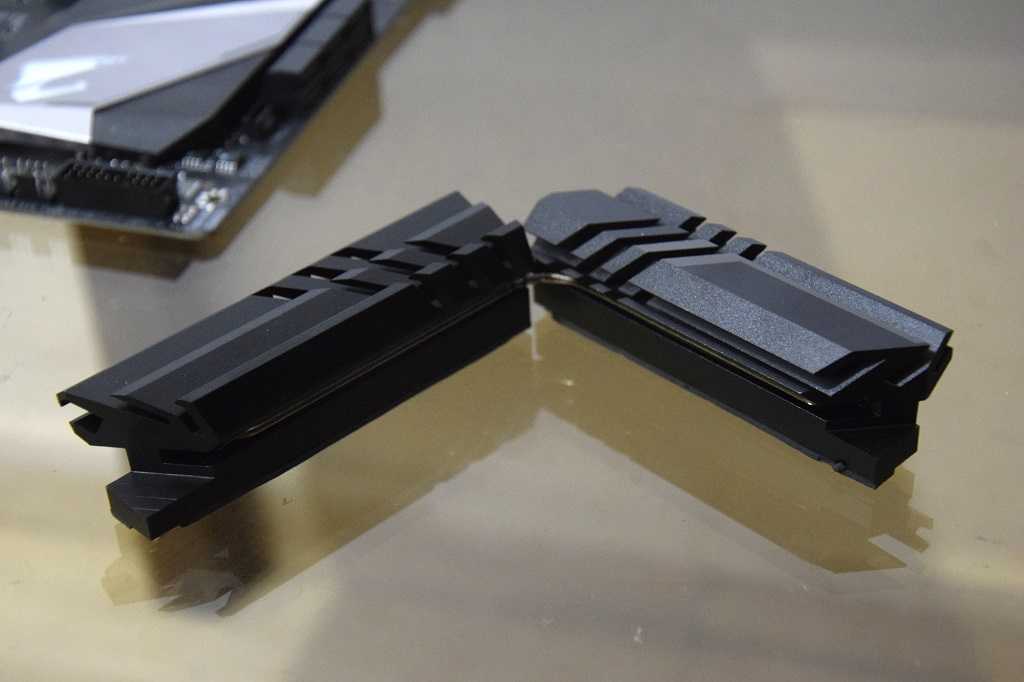 This heat sink actually sits on the voltage stabilizers whose function is to receive 12V voltage and convert it to a desired input voltage for the processor. For the first time in a price tag like this for years, we have come across a body Cooling It has a large surface area and a nickel-plated copper pipe that connects the two parts. Of course, there is room for improvement, and an increase beyond that design will already have aluminum fans as we find in the walls of graphic cards. This heat sink is among the best we have encountered on a motherboard that costs less than NIS 1000, especially in recent years. The task of designing such a plan is simple, but you will not believe how much you do not. 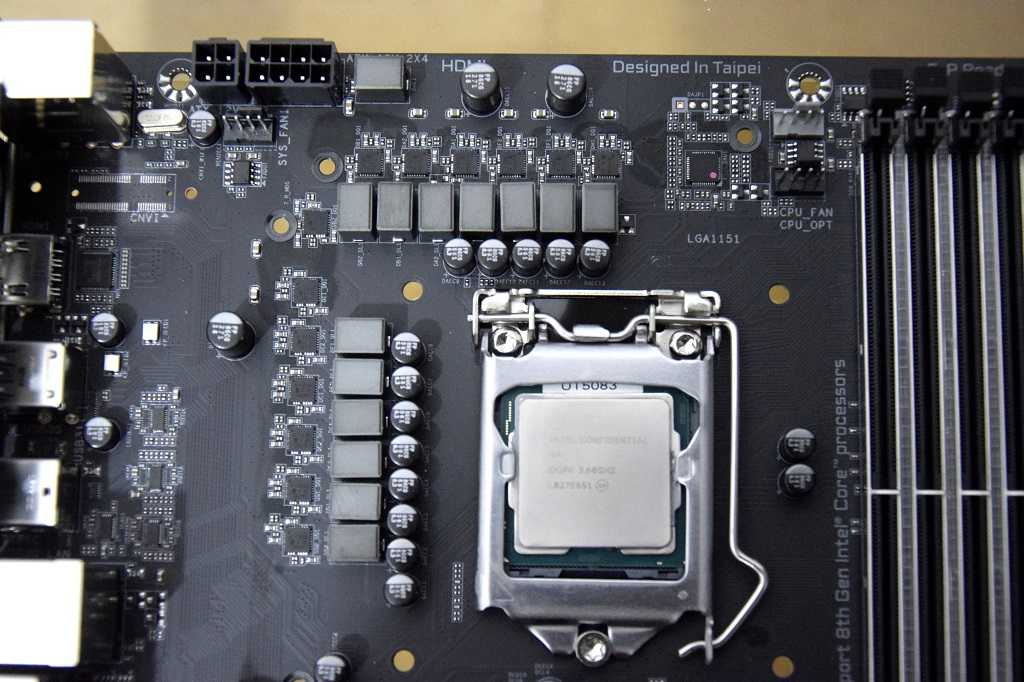 This is how the printed circuit board looks after the cooling and plastic breakdown on it. This power supply system is built from 12 steps that stabilize power to the processing core of the processor, and one stage that provides the various processor controllers and the built-in graphics core.

The stages are from the Vishay manufacturer and are set to the maximum current of 50A. This is one of the richest and most affordable systems of a LGA1151 resident, and one until a few months ago it was also difficult to find 300 motherboards in dollars and more than the Z370 series. 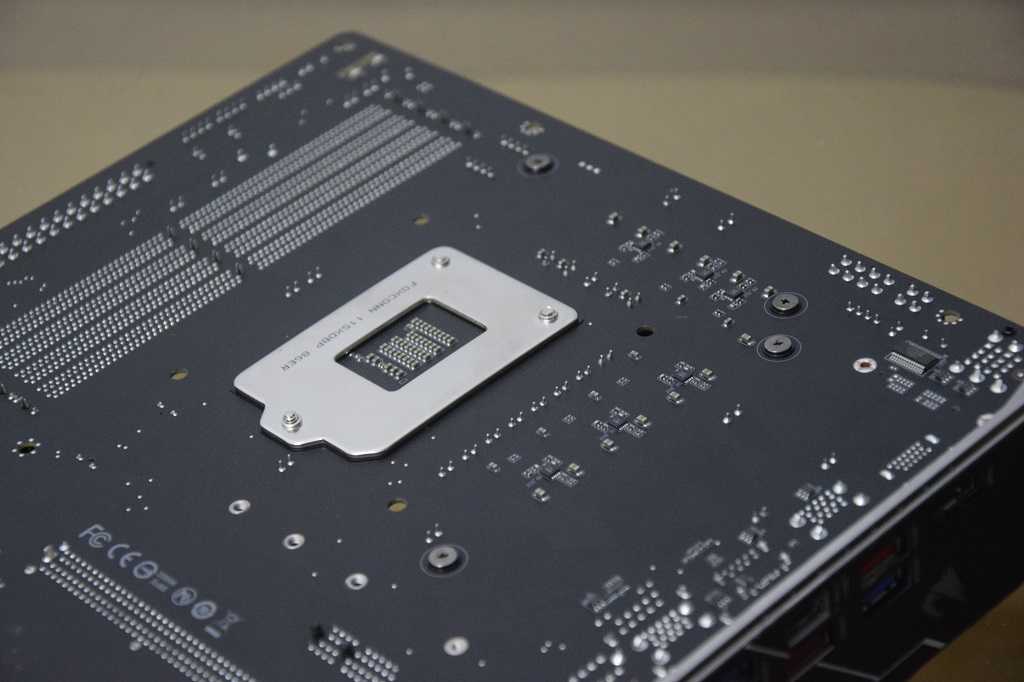 On the back of the motherboard there are step splitters since the power controller itself supports a maximum configuration of 6 + 2. These splitters are considered to be of high quality and distribute the frequency between the various stabilizers in an equal frequency. This supply system has a very impressive overall capability of 600A, Compared to200A Which we received in the previous generation at a similar price. It is important to note that just like the power supplies on our computer, these voltage stabilizers also have a peak efficiency that is around 50% of effort, at the peak of the intention is the heat emission ratio for the most efficient power supply. In a stream of 300A this system will behave very well and such a stream is very difficult to reach even with core i9 9900K and cooling dry ice sample.

We conducted a performance test for the Z390 AORUS PRO power supply system. We used the processor core i9 9900K in 3 modes.

These situations fairly reliably describe the variable load states of advanced motherboards with such a processor. The ambient temperature during testing is 23 ° C. 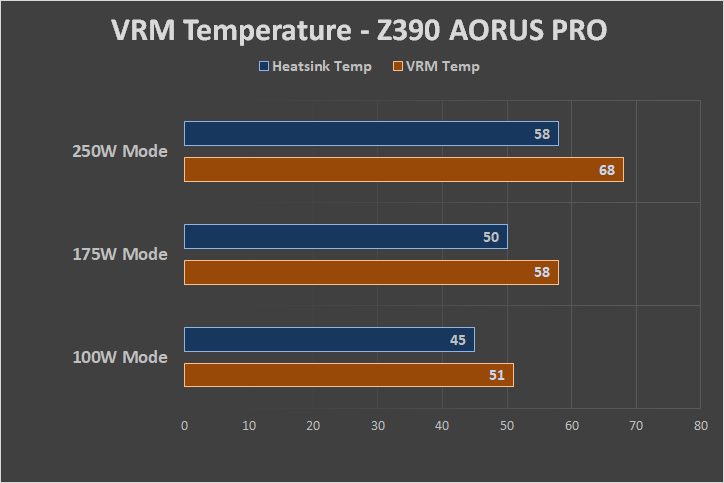 The voltage stabilizer temperature (VRM) is measured on a self-stabilizing body, so that 15 should be added to our estimate to reach the number within it. The maximum permissible temperature of stabilizers is 125 Celsius. Above this they actually turn off or operate a frequency reduction mechanism for the processor. Using an infrared meter, we also tested the highest surface temperature on the heat sink itself, described as Heatsink Temp.

What we see here is phenomenal. Even in the demanding 250W mode where the CPU was at a frequency of 5Ghz, the power supply system remained cool and worked very efficiently. For comparison - the Z370 Ultra gaming motherboard lowers the processor frequency by about 600 Mhz in this mode only after a few minutes due to overheating. The improvement is just huge. 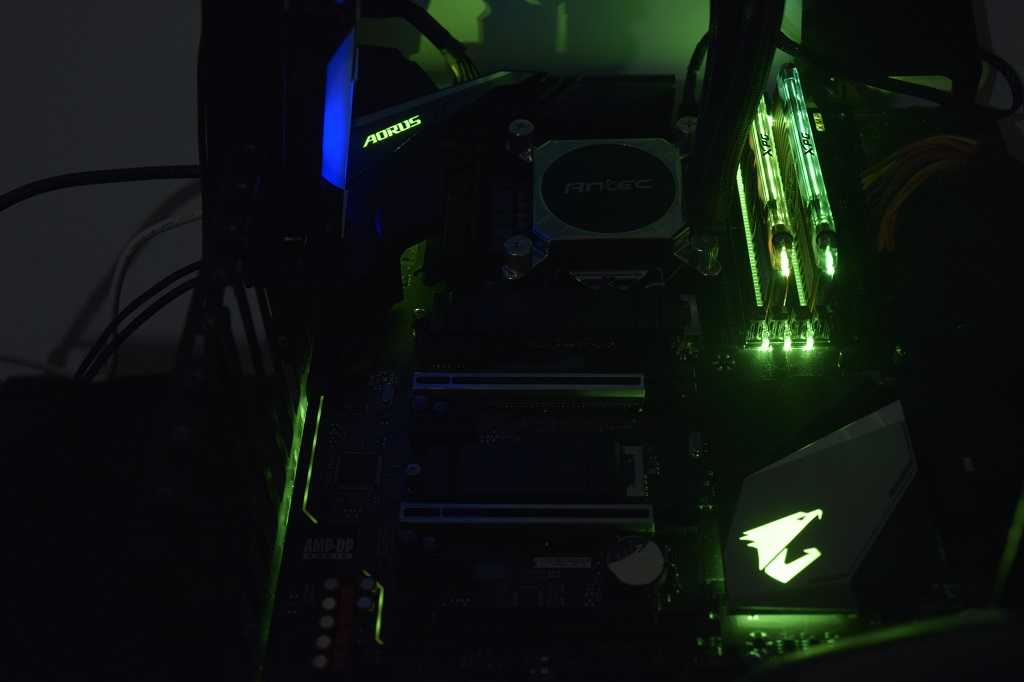 Of course, one must not forget the aesthetic side of this motherboard. The Z390 AORUS PRO is equipped with a programmable RGB LED system,Fusion RGB. The chipset heat sink takes center stage in this show. 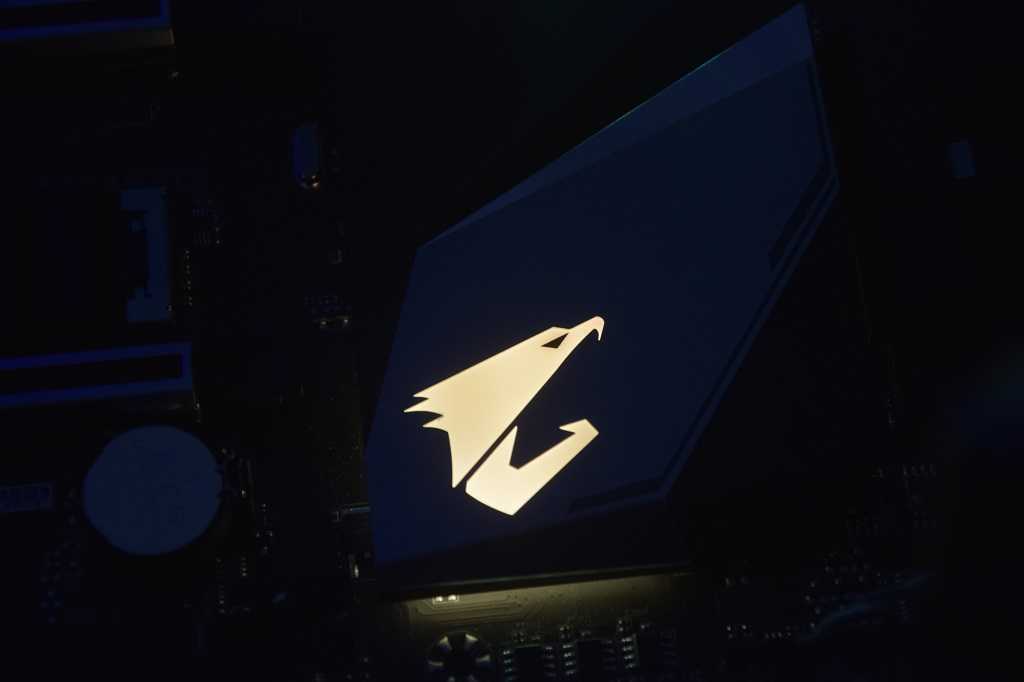 The amount of journalistic material that came to me before this review and pre-launch is perhaps the biggest I have received from any manufacturer regarding how important it is to focus on VRM. "Here! We improved here, and here and there and here and there!" Ok GIGABYTEYou won. You've convinced me.

The Z390 AORUS PRO is one of the most ambitious and correct mid-market boards I've ever met. Motherboard about 1000 shekels that can completely squeeze processor core i9 9900K is exactly what I wanted to see from this series because it was clear to me that it would not happen in the previous series. 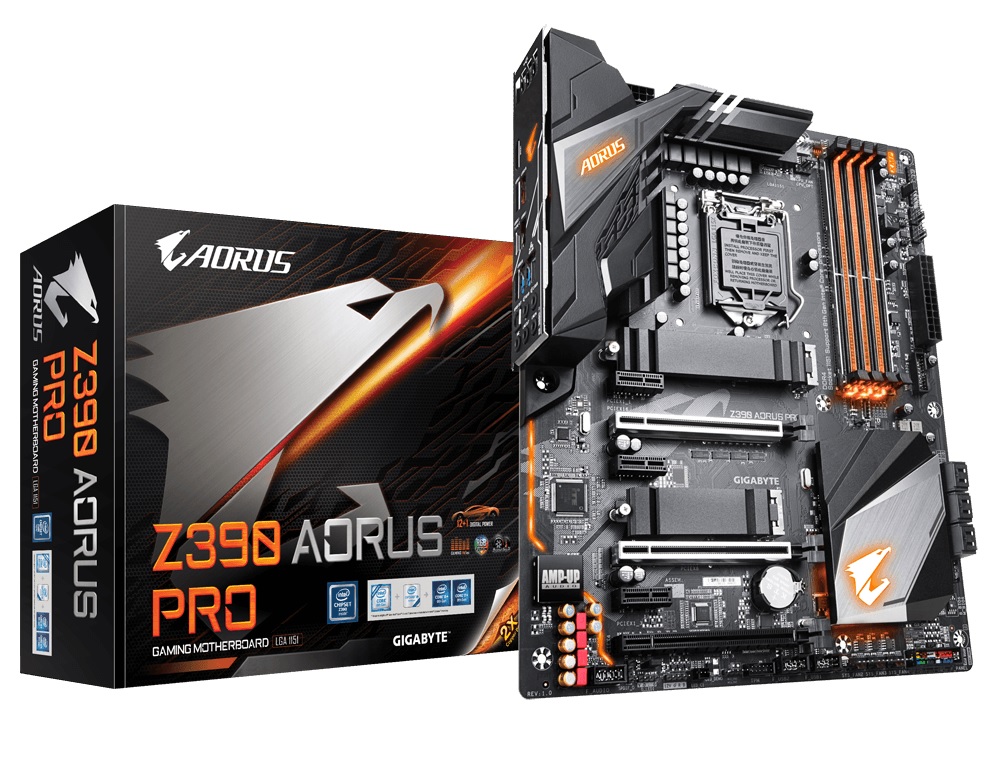 For information, there is a version of this motherboard that comes with a WiFi controller and aBluetooth Called Z390 AORUS PRO WiFi plus a few dozen shekels, and I will definitely recommend this version to anyone who thinks about תקשורת Wireless since it is the same board and the return is greater.

From my point of view, this motherboard is big and green, and everything that matters in the motherboard is advanced to the LGA1151 chassis. He deals easily with challenges Overclocking, I think he looks great with or without bulbs RGB And has a very respectable amount of ports and interfaces. God-Z390 AORUS PRO is challenging the competition and as it looks now it is also leading it in the sector of proceeds to rise.

piece of cake. Compared to the previous generation and today's competition, the Z390 AORUS PRO is an end-to-end improvement. The fear of shutting down the system is over and the challenge of finding a quality motherboard is at a fair price for overclocking core i9 9900K in air and water. We have a safe base that becomes a default for many.