Meet the Gigabyte monsters for the AMD X570 platform

One of the most popular motherboard manufacturers in Israel and one of the world's largest companies, the company uses the gaming brand AORUS To reveal some of the most monstrous and elegant motherboards we've seen with the chipset X570 In order for 12 processors and future 16 your cores will get the best.

Think about upgrading to the platform AMD The new processors with Ryzen 3000 announced this morning? Gigabyte wants you to choose it, and takes care to continue the engineering line that began last year with the various Z390 boards on the side of Intel. 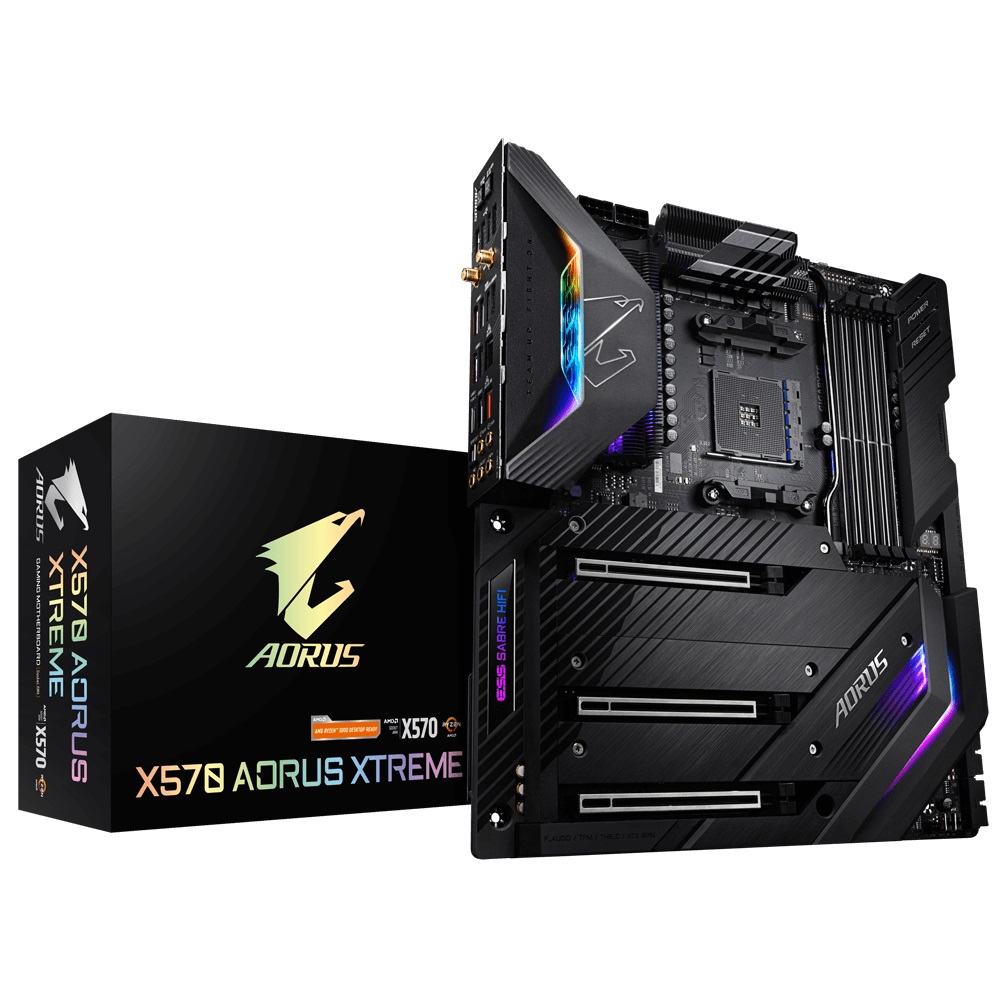 At the top of the list stands none other than the new Aus Xtreme X570, the new flagship and mother-of-the-art motherboard. Once more we realize that my body has been used Cooling Serious to VRM processor systems. Aluminum fans with a combination of copper tubes is the most appropriate combination for such a task.

New entrances and exits to the Extreme? In abundance. There are also WiFi, Bluetooth and network ports including one 10 Gigabit speed. All you need is a new platform for AMD In the advanced tables. Stay tuned, we'll get to know this motherboard soon. As far as price is concerned, this is the most prestigious premium panel GIGABYTE So we do not expect a price tag lower than 400 dollars.

in GIGABYTE All Xtreme needs Master. 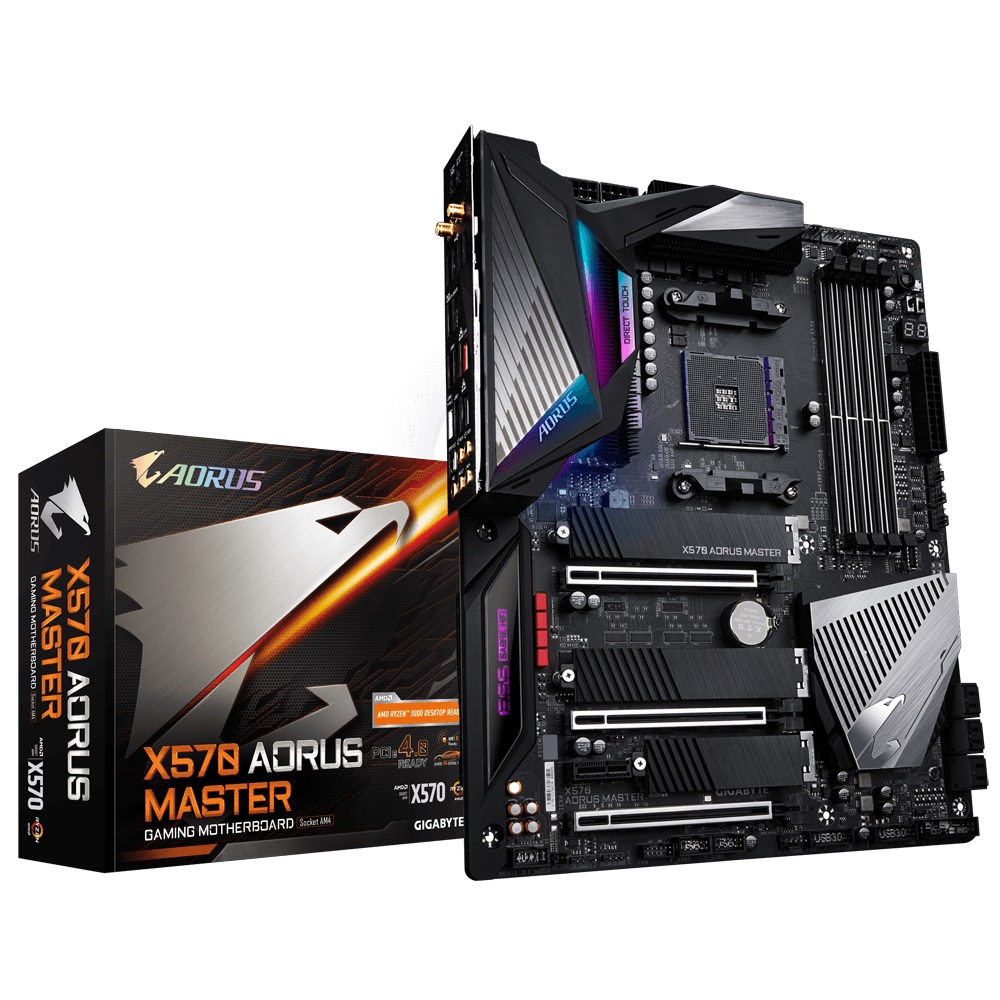 With a price tag of less than 300 dollars but as something still considered premium for everything, the X570 Aorus Master is found. Anyone who knows the Z390 Aorus Master knows what to expect here too. This is a motherboard loaded with connections and capabilities Overclocking. The power system for a meat processor is 14 and contains 12 stages of high quality. An array is requested for dealing with 16 processors cores later on. 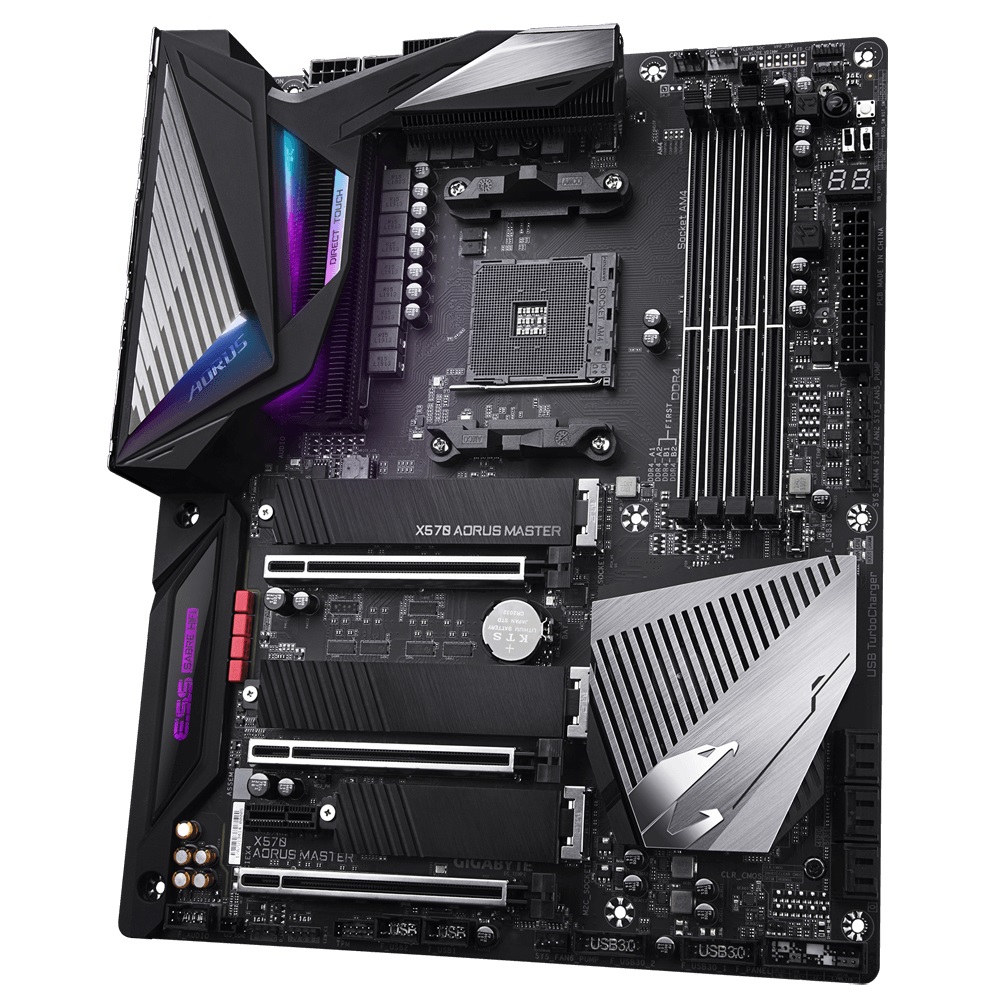 The memory support for this platteroma is similar to that seen in X470, but memory speeds are expected to improve. Gigabyte claims up to support of DDR4 4400Mhz but it remains to be seen how the processors are dealing with significantly lower frequencies than that. The chipset on these motherboards, of course, has serious cooling and there is a fan under the metal chassis, since X570 is chip Of 11W compared to 5W only of X470.

We really like this design line and hope it will continue to the cheaper X570 motherboards such as the Gaming X andAORUS Pro, which will also appear in the coming days.