Does not destroy competition, but with potential: AMD's Ryzen benchmark tests 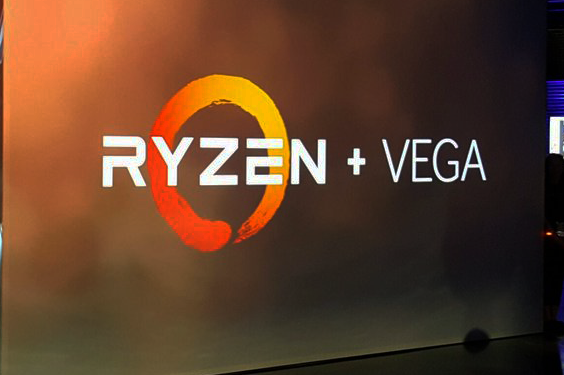 The matter and mystery around the next generation processors AMD Continuing even now, when we are only about a week before the start of the big international event where we are supposed to get all the details we are still missing - and it seems that the first official review of its kind that went online only adds to our confusion and doubts about the issue.

A French magazine called Canard PC Hardware has elegantly decided to ignore the fact that Ryzen processors have not yet been officially launched, and has already published its own review of the engineered engineering sample (ES) model of the new octa-core flagship product - with a standard 3.15GHz working frequency slightly below 3.4 GHz on which an official statement AMD.

The paper provided three very interesting and interesting comparison tables as part of its review, which is a comparison between the fresh Ryzen and its predecessor, the FX family, and a range of powerful processors from the latest versions of Intel - In general processing software, games and power consumption segment.

The performance of Wprime, Blender, POVRay, 3DS, Max 2015, Corona, and Rindor for H.264 and H.265 video files showed that the Ryzen delivers average performance that is tens of percentage points higher than those of the octagonal FX 8370, Of the Core i7-6700K mainstream and even higher than the Core i7-6800K hexagon cores from the competitor's Extreme family. In other words, there are many reasons for a positive impression, even if the way in which the results are totally different is not very clear (some tests use time measurement while others give points), and although the octagonal Core i7-6900K is already the direct competitor of AMD Still wins the race by a margin that is not small.

The results of the games, with a bit odd collection that includes Far Cry 4, GRID Autosport, Battlefield 4, ARMA 3, X3, Anno 2070 and The Witcher 3, the Ryzen is able to display a performance level similar to that of the Core i5-6600K square Intel's mainstream cores, with a relative loss of about 20 per cent compared to the Core i7-6700K leading the list. This may sound like a disappointment on the part of the competitor AMD, But to be honest, taking into account the infamous low performance of the company's previous gaming processors, it is not easy to conclude that the "RYZEN Is a major reduction of this gap, in a way that can certainly wink at the game enthusiasts if the price tag corresponds to the potential difference in capabilities.

This is also our opportunity to mention and declare that these are tests for a version that is not final, so to speak, of the new processor fromAMD, So the results should be taken for granted, for better or worse, until we see more formal reviews that will make use of the final hardware and the revision and commercial firmware of the product.

The latest test and comparison of the French newspaper presented a measurement of power consumption of approximately 93 watts in the load for the Ryzen, one that is reduced by a few watts of the Core i7-6900K Intel, Higher than whatCore i7-6800K and what-Core i7-6700K - and mostly about 30 watts lower than the consumption of the old FX-8370, which as mentioned also provided a much lower level of performance in previous comparisons. 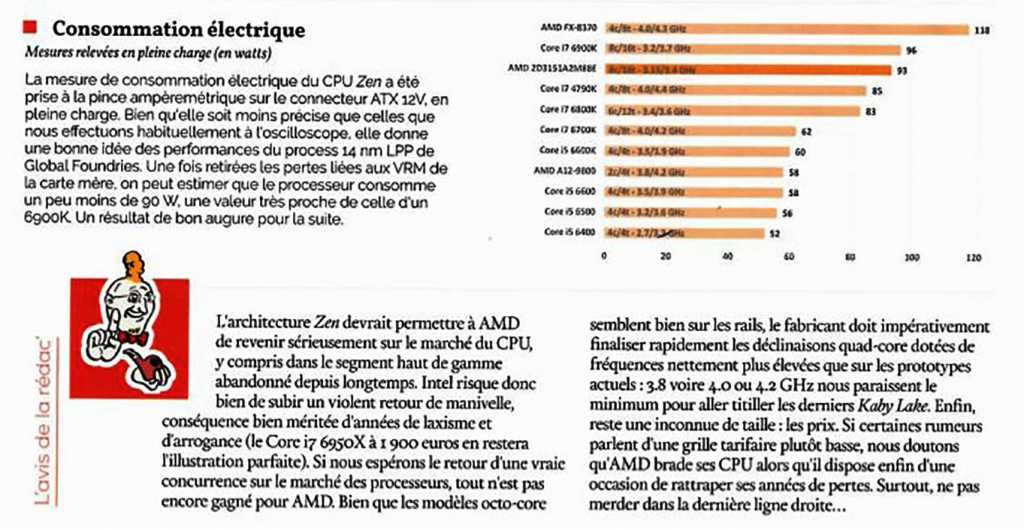 On the bottom line, it seems that in AMD vs. AMD, the new processor wins unconditionally and easily, bringing the company at last to a competitive performance level. In contrast to the leading and up-to-date models of Intel The situation is less clear and prominent, but in this case we will wait for more formal results and mainly to reveal the real recommended price tags, before we decide the chances of the -RYZEN In this difficult battle that awaits him. Watch more updates soon!