Now it's already official: Radeon R9 390X on the way, and it will be monstrous

After more than half a year of rumors, leaks, reports and prophecies, It seems that the launch of a new video card leads fromAMD Is at last just around the corner.

A variety of new slides have arrived on the web, ostensibly straight from an official launch presentation by the chip developer, which shows (almost) all the details that interest us about the Radeon R9 390X - the first bud in a new era for AMD, And perhaps also for the entire graphic processing market.

According to the new information, the R9 390X will offer the Fiji XT core based on the 28-nm production process, just like the current generation of NVIDIA, with no less than 4,096 processing units (40 is more than the current R9 290X), A maximum maximum working frequency of up to 1.05GHz, a thermal envelope that will probably not exceed 300 watts (based on the required power connections), 256 texture units, 112 Rasterization units, full support In DirectX 12 And in Mantle - and also a dedicated version that will come with Cooling water. 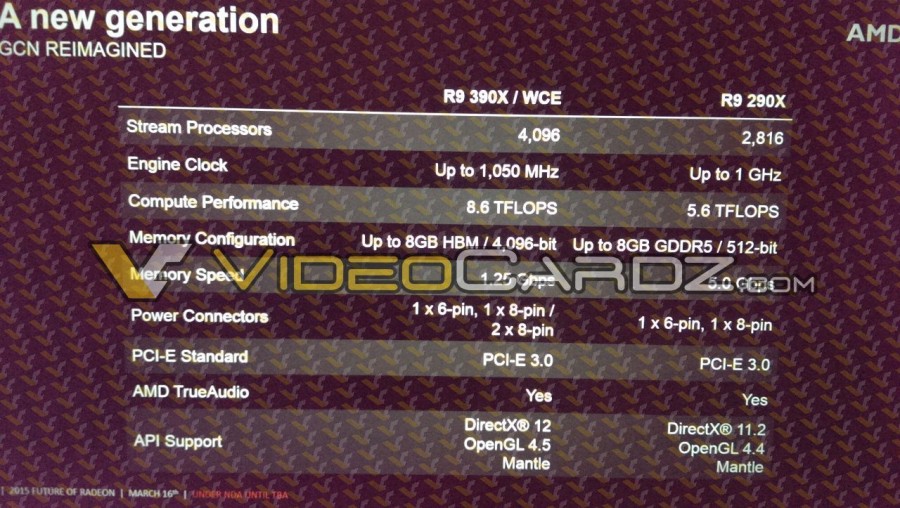 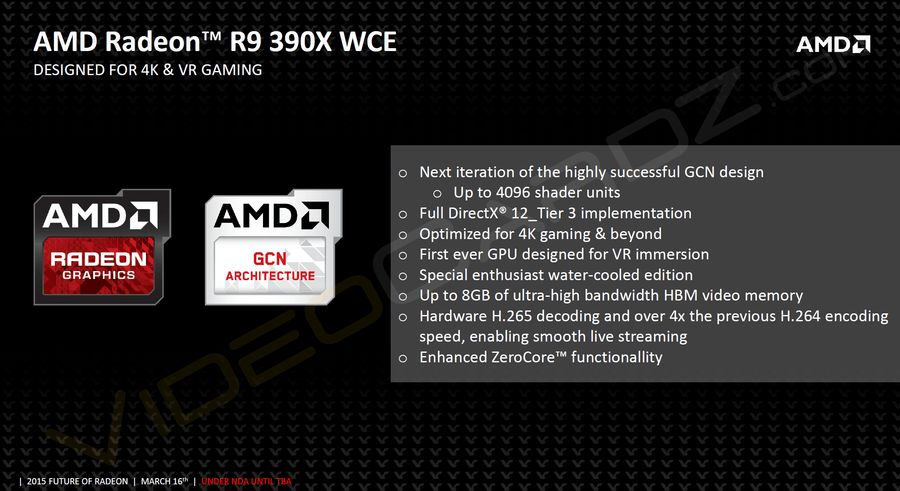 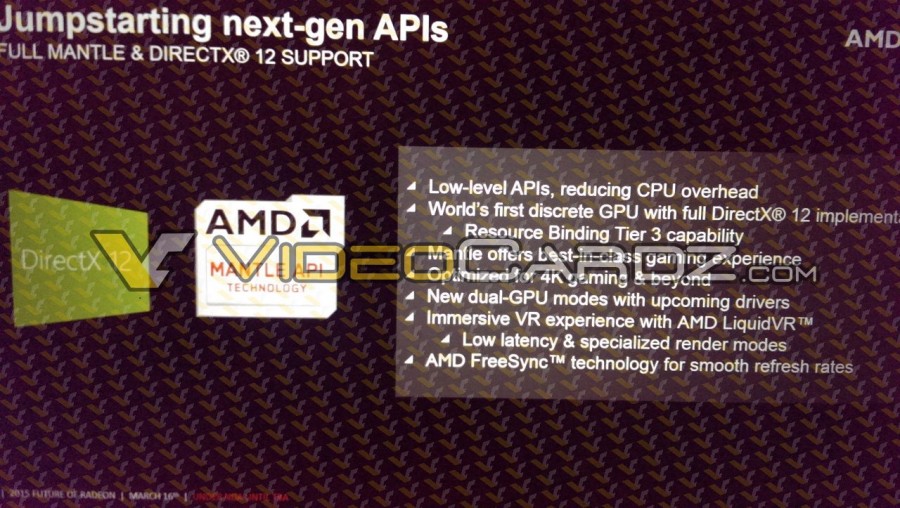 All of the above data are quite impressive and should provide R9 390X Maximum performance of 8.6TeraFLOPS (fifty percent more than those of R9 290X And even more 40 percent From the fearsome Titan X, So to speak), but the real star here is without a shadow of a doubt The graphic memory - that for the first time in a commercial product will be HBM (High Bandwidth Memory) from SK-Hynix, Meaning that all memory chips will be stacked together in a three-dimensional technology on a single-substrate basis, providing a significantly larger bandwidth with reduced physical space and even more modest power consumption.

According to the data in the presentation, the HBM memory in the R9 390X will be 8GB and will offer a bandwidth of no less than 640 GB per second for the card's Fiji XT core - twice the R9 290X and any other video card available In the market more or less. There is no doubt that this is a huge leap forward that will undoubtedly help the R9 390X realize its impressive performance potential - and there is no doubt that very soon we will see the adoption of XNUMXD memory technologies in a wide interface even in competitors' hardware components, whether NVIDIA Which has already approved the adoption of the method in its future Pascal generation Intel Which has already made a very similar use of its built-in memory in its advanced Iris Pro core.

Now we are actually left with only two significant question marks - when will the R9 390X come to us, and how much will this pleasure cost us. There are no official and verified answers to these questions yet, but the prevailing estimates are thatAMD Take advantage of the largest hardware conference in the world, Computex 2015 in June, to unveil (and possibly even launch) the new and advanced card. The price, according to estimates, will be affected quite a bit by relying on a massive-sized core and innovative HBM memory - and will stand at about $ 700. Very expensive for a single-core card - although if the performance is talking about AMD Will prove to be accurate, the R9 390X will actually be a very lucrative card that will make a double Core Like the R9 295X2 and theTITAN Z to redden with shame.

As always, we will continue to wait for more details and we will update you accordingly.