The time has come: From now on you can upgrade your drives on your new MacBooks. * HWzone

The American company OWC, which specializes in the manufacture of hardware products for the products of the giant Copretino offers drives SSD Dedicated to upgrading the latest MacBook computers Dark, But it is not at all certain that the mother will be worth the considerable investment

The closed garden that Apple is constantly developing and developing gives it several options to offer features that do not really exist with other manufacturers, but this approach also sometimes creates unpleasant problems and limitations - and one example is the MacBook Air and MacBook Pro laptops. The company, which was upgraded to drives SSD Based interface dedicated to the PCI-Express line during the year of 2013, but did not allow consumers to replace the upgraded storage (if you do not consider the sale of drives Dark For the simple reason that no manufacturer in the market was able to offer products that would support the competing standard of the popular M.2.

Now, it seems that the American OWC is The first to break the siege - and offers new drives that join its Aura series, and are designed specifically for those models of laptops, which to date could only upgrade their built-in volume with the purchase status at Dark Itself, and with 200 $ grandiose price additions for moving from 128GB to 256GB, about 300 dollars to double the extra volume of 512GB - and about 500 dollars to reach the volume storage Of terabytes, which was available only on theMacbook Pro. 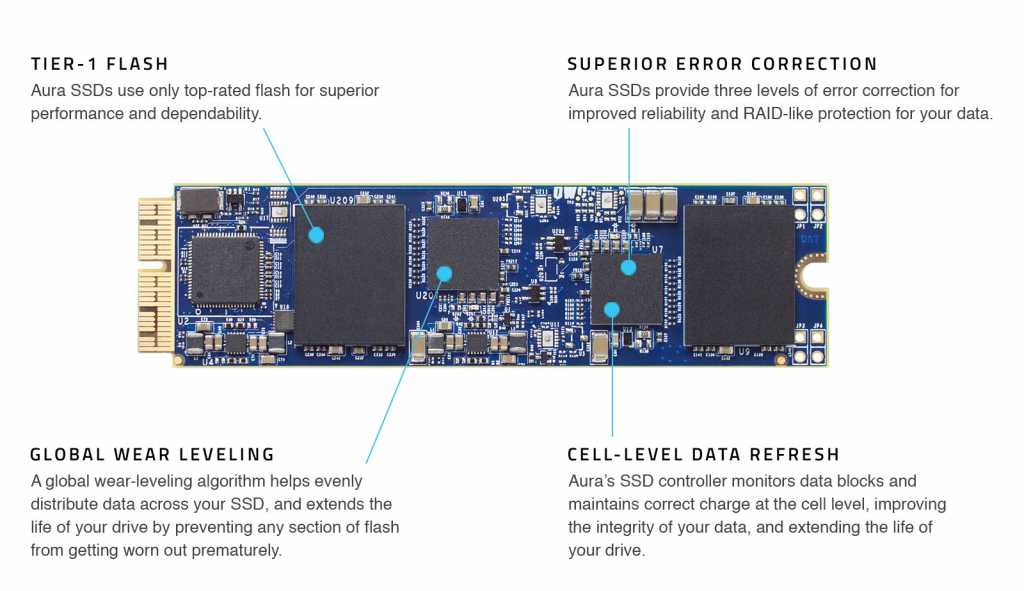 However, while Apple's self-drives were based on controllers SSD The new pair of OWC drives, offered in 480GB and 960GB volumes, is based on a pair of basic SM2256 controllers that work together based on a communications bridge, which will probably result in lower quality performance and eliminates support for TRIM and -SMART. At a recommended price of about $ 350 for the 480GB volume and $ 600 for the 960GB model, this is only slightly more expensive than the Dark Itself and is a double addition (!) Compared to standard M.2 drives in similar volumes.

In the final analysis, the new drives may be suitable for those who desperately need to inflate storage Larger inMacbook Their Air and are willing to invest all the resources required - but they mainly remind us that Apple needs to make the full transition to regular M.2 connections as soon as possible, for its benefit and the masses of its loyal consumers.


Wait, there's more!
Join To the group of zon And you can receive exclusive updates on various offers on the net, share content that you find interesting, consult with members of the site, and more - Join now!
Tags
Apple SSD drives
Share
Facebook Twitter LinkedIn WhatsApp Telegram