Launch of the cardsGeforce RTX The new super mobile has provided us with several other technical surprises that are worth noting - and should make the next mobile waves more powerful and noticeably more efficient.

Dynamic Boost is the answer to the SmartShift method presented by the competitor AMD As part of the launch of the processorsRYZEN Its 4000 mobile devices, with the same purpose in both, are similar and important: to provide more processing power relevant to the task under the same existing carrier casing which is derived from the computer's cooling system potential.

We all know that in gaming, and similar uses, the graphics card is often the clear bottleneck for performance while the processor is nowhere near the limit - and this is especially true with mobile video cards in the Max-Q configuration, which will typically operate at low frequencies by tens of percent compared to desktop video cards ( Or portable Max-P cards) with the same hardware to assemble into the thermal casing set by the manufacturer. This is where Dynamic Boost technology comes into the picture, which will allow the manufacturer to utilize capabilities Cooling More potential to "break" the standard graphics card casing and allow it to operate at higher frequencies.

B-NVIDIA It is estimated that using Dynamic Boost can upgrade the performance of existing hardware up to about 10 percent compared to a laptop with the same hardware that does not utilize this option - but also clarify that this is technology whose application and nature of the application will depend mainly on the mobile manufacturers themselves, as well as Which will require hardware and firmware adjustments and will not be allowed in retrospect as one or the other software update, but only as part of models Mobile Up-to-date designed and tailored to it from the beginning. 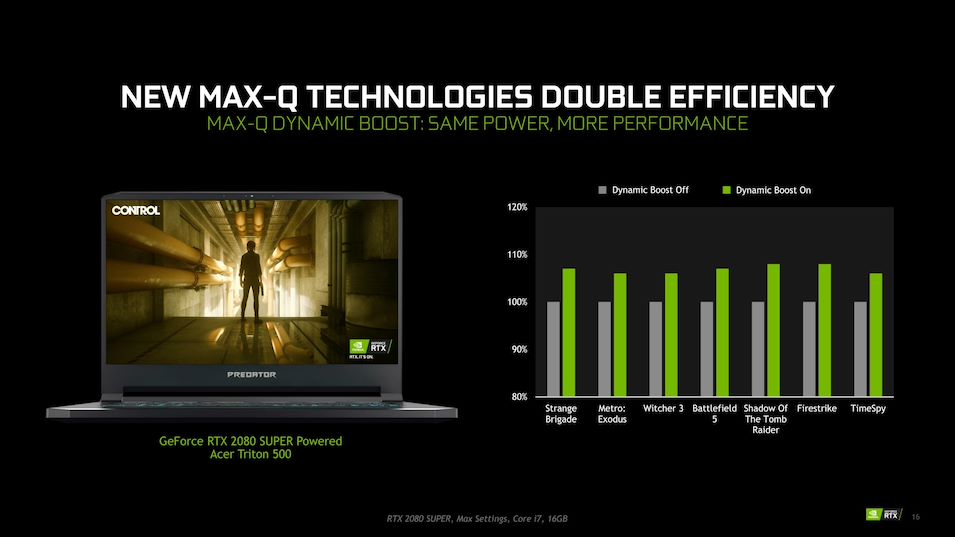 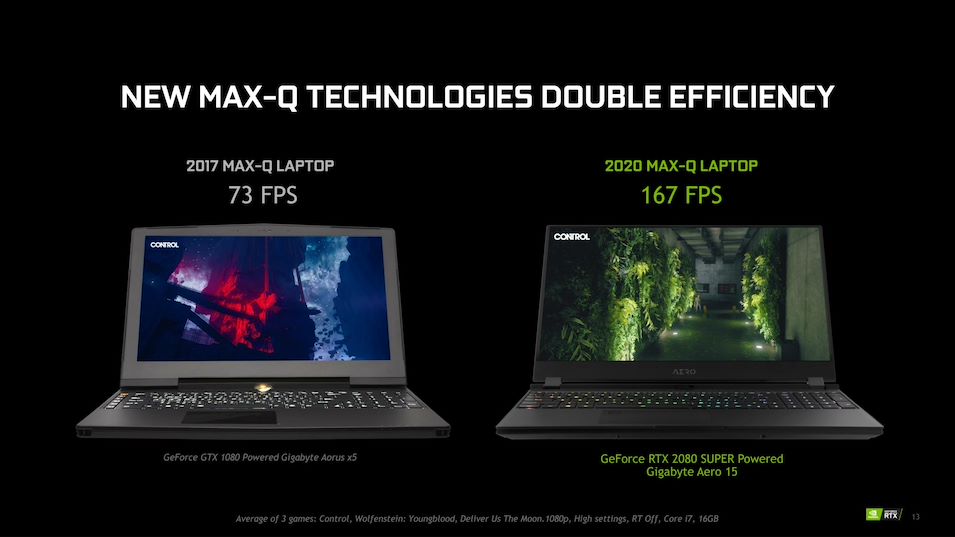 NVIDIA is also partnering with the various computer makers to integrate more recent and cost-effective GDDR6 memories with the new gaming gadgets, with the potential to reduce your power consumption by 20 percent over the first-generation standard GDDR6 memories that operate at a relatively high voltage of 1.35 watts, High-quality and highly efficient motherboards of various computers - so saving a few watts (or even a few dozen watts in extreme cases) will be routed to the graphical unit's power consumption envelope for extra Performence Another important thing.

All of these technologies are added to Deep Learning Super Sampling (DLSS 2.0), the improved polygon smoothing method NVIDIA Officially last week, which draws on the capabilities of the dedicated tensor core models Geforce RTX To upgrade the display quality without compromising the overall processing capabilities that come from the CUDA cores - and doing so with significant good effectiveness compared to the first DLSS generation, which received a lot of complaints and claims that tended to make games that supported it excessively blurry.

For now, there are only a few titles in support of this new generation, but this should be gradually improved along with the undeniable improvement in the graphics processing itself.