Formal chip-based slides speak of an improvement of 11 in the overall processing capacity of its new processor generation, plus the cost-effectiveness and improvement of 40 to 50 percent of built-in graphics core capabilities

The launch of the Skylake generation is around the corner, and according to all the reports and data we receive, it will not bring in truly breakthrough lines for the most performance enthusiasts. Now, a number of seemingly official slides of Intel And offer a detailed overview of the performance improvement that awaits us in every sector and level.

For general processing cores (CPU cores), Intel declares a 10 to 20 percent improvement in single-core performance and multi-core performance based on one of the sub-tests that make up the SPECint performance test. This figure does not sound bad at all, but given that Intel has talked about a similar improvement in the generations of processorsCore It seems that we are looking at an improvement of less than 10 in general average performance, at least for the fixed and mobile models of the H and U series for which it is the sixth inertia since the revolution began.Core. 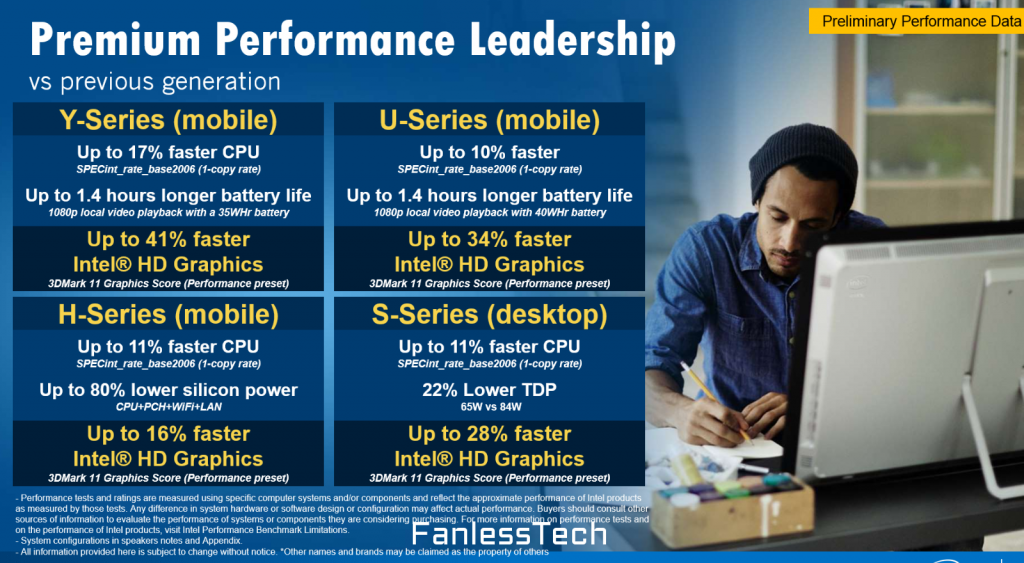 Within the built-in graphic cores, the situation is much more optimistic. Intel continues to invest large resources and "floor space" in all their chips in order to provide proper graphics processing performance that will suppress the discrete cards of NVIDIA and-AMD Backward (toward the middle and high market), and in the second generationSkylake They expect an increase of 16 to 50 in performance, depending on the specific series under which the comparison is made.

The graphical performance of the built - in cores Intel Are quite impressive today, but until the company starts offering higher quality drivers with broad and uniform support, probably everyone for whom gaming is a high priority will still need a dedicated video card - so hopefully the chip giant is working to improve in this area as well.

As we assumed earlier, the Skylake generation will also focus primarily on improving efficiency and capabilities at minimal power consumption - and so it seems that the biggest leap forward will be seen in the Y series (the second generation of CPUs).Core M) with up to 17 improvement in overall processing performance and up to 41 per cent of core graphics core performance. All this plus a predicted improvement of up to 30 (!) In battery life for corresponding specifications from theBroadwell Current. 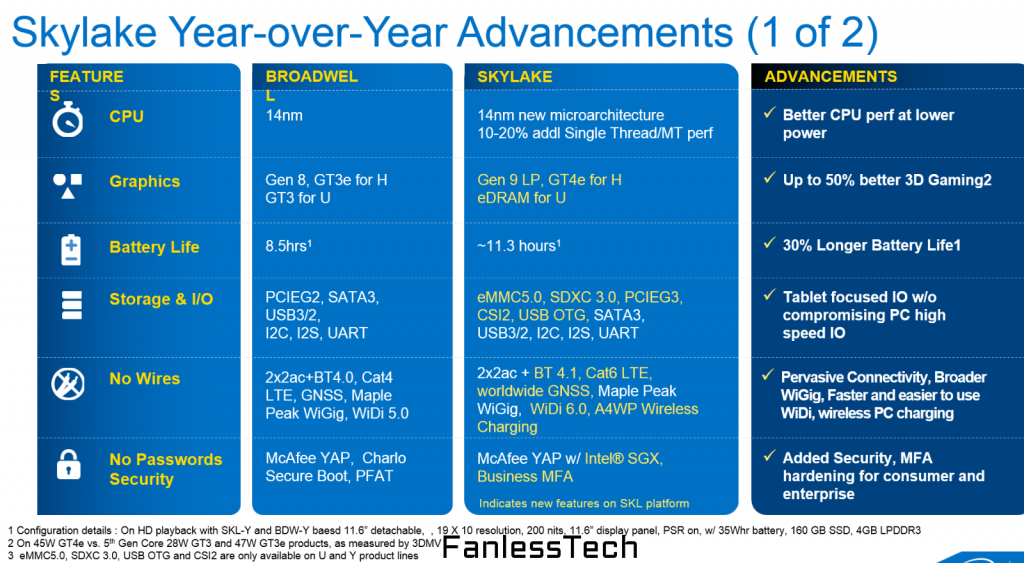 The leaked slides also confirm the matter of incorporating a lot of advanced capabilities and features directly into the new generation chipsets (instead of externally on the printed circuit board, as it has been until now) - two-dimensional camera hardware with resolution support 4k (Plus 3D cameras with RealSense technology), A4WP wireless charging support, encoding and decoding of the latest HEVC standard, touch screen interface and sensors, upgraded digital voice signal processor for voice and speech, and eMMC 5.0, SDXC and USB interfaces Will be an integral part of the mobile Skylake processors, in a way that is expected to bring about savings in my life battery And cost savings for computer manufacturers and vendors.

Now, it seems that all the cards are already on the table - and we only have to wait patiently and find out if the potential for speed will be the big and surprising ace of the processors.Skylake Stationary, or not really.