Next month, the B550 chipset will be launched for theAM4 - that you try to perform for the first time a move that unites different layers of performance and price under one roof

Currently, we are close to the year since it launched AMD Its first 7 nm processors with RYZEN 3000 and with them a new chipset has also been launched for the resident AM4 Its the X570. This was the first platform to usePCI-Express Standard 4.0 for the home user.

Ever since, people have asked when they can get motherboards based on simpler chip sets, so that I have a starting price for features like PCI-Express 4.0 will not come with a particularly high price tag. Well, the wait will not last long as on June 16 motherboards based on the chipset will be officially launched B550 Which is expected to replace the old and well-known B450. 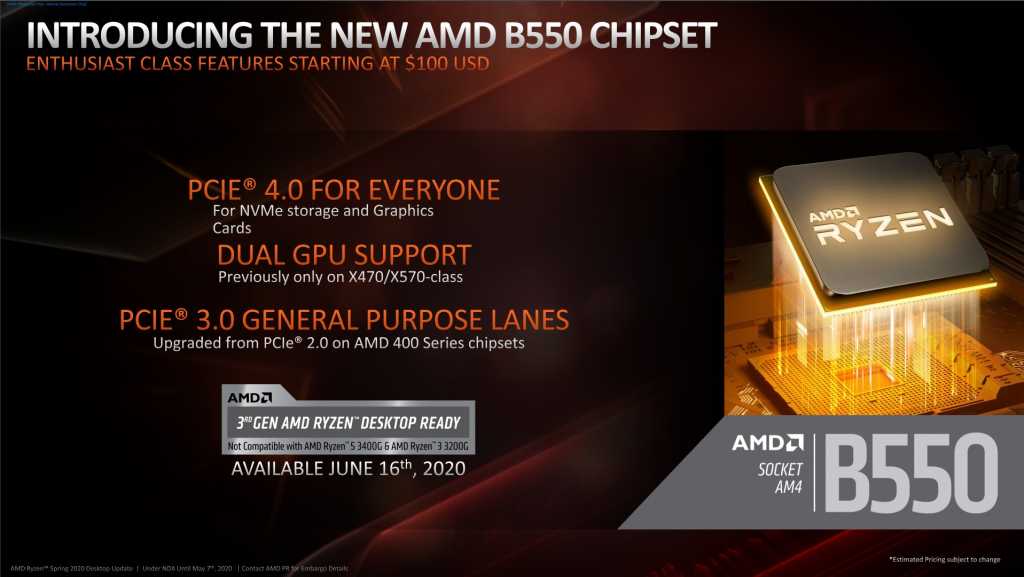 The B550 chipset is one that targets a significantly wider range of users than the B450 so far. For the first time, the PCI-Express 4.0 standard will support the motherboards that carry this chipset, even if specific interfaces are coming from the processor, which is not the same with the B450 tables with processors RYZEN 3000 who support this.

In addition, the B550-based motherboards will supportSLI And CrossfireX when two interfaces PCI-Express The X16 will be active in the X8 and X8 configuration when both are used. This is a feature that is initially available in a chipset that is considered non-leading, and a feature that Intel retains solely for its leading chipset.

Additionally, B550 Also supports overclocking as far as motherboard models allow, much like the B450. Unlike, the price level range of B550 Will be significantly wider.

B550-based motherboards will start at a price of $ 99, and can also reach heights of $ 200 or more, depending on the amount of features that the motherboard manufacturers decide to implement. Do not expect cheap motherboards to supportSLIThis is still the decision of the various manufacturers. Also, unlike X570-based motherboards, the chipset B550's cooling kit should not include a fan. This is due to the fact that you will correct PCI-Express It is 3.0 and not 4.0. As a result, all interfaces that depend on it will operate at a slightly slower, but faster rate than the 2.0 provided by the B450 so far.

As far as the technical level and interface standards it offers, B550 Also considered advanced from the X470.

On the honey and the sting - the support for future processors 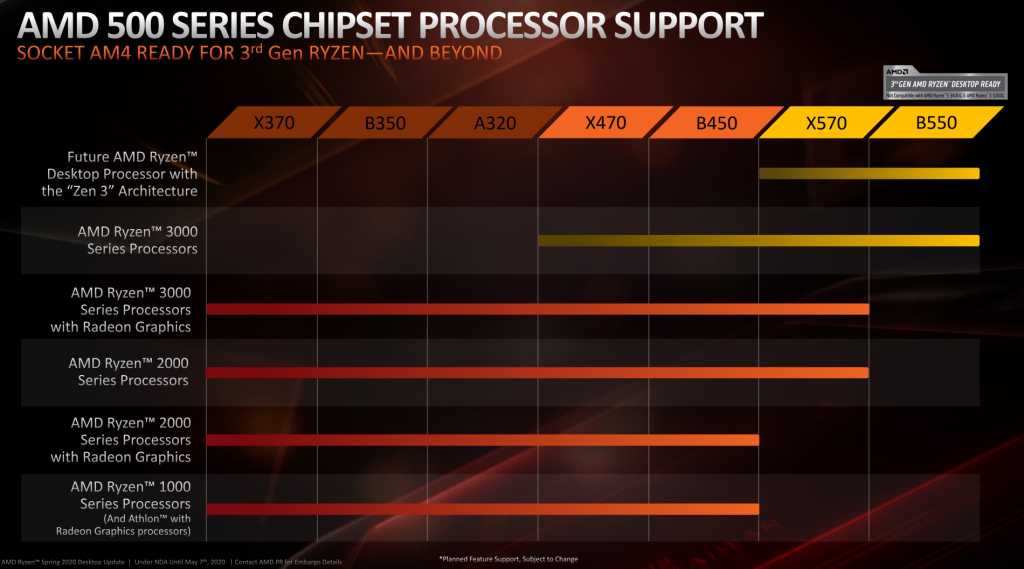 A slide shows you the ratio of chipset support to series Processors. Right now, this is the saddest news That support the processors Zen 3 (which will also be called RYZEN 4000) will only be saved to the 500 series chipset. This means that these processors for B450 and X470-based motherboards are not expected.

Many may see this as a slap in the customer's face, as long-term support as well as deciding is promised AMD Limit processor support based on the chipset series. Others understand that long-term support can also have technical limitations, as the X370 so far has not even been officially designed to support processors. RYZEN 3000 - does so.

Therefore, it should not be concluded that discontinuing support for older chip sets for future processors is a fact in the field, as this may change. We also recommend that this is not necessarily the case, the same change in plans.