Planning to buy Ryzen? Here are some of the most interesting motherboards for the AM4 chassis

As with every launch of a new chassis, here too there are a variety of motherboards that are suitable for different segments of users. Now, a certain number of motherboards are available for immediate purchase. Later in the month and into the summer, more models are emerging at higher prices and at slightly more popular prices.

Eitam, incidentally, also has other models of processors. Remember, in the beginning of this summer we are expected to receive Ryzen 5 series, Series Processors Have 6 processing cores and 12 capillaries at prices of less than 300 dollars (or about NIS 1400 and less in Israel, in our estimation).

The top end - recommendations over NIS 1000 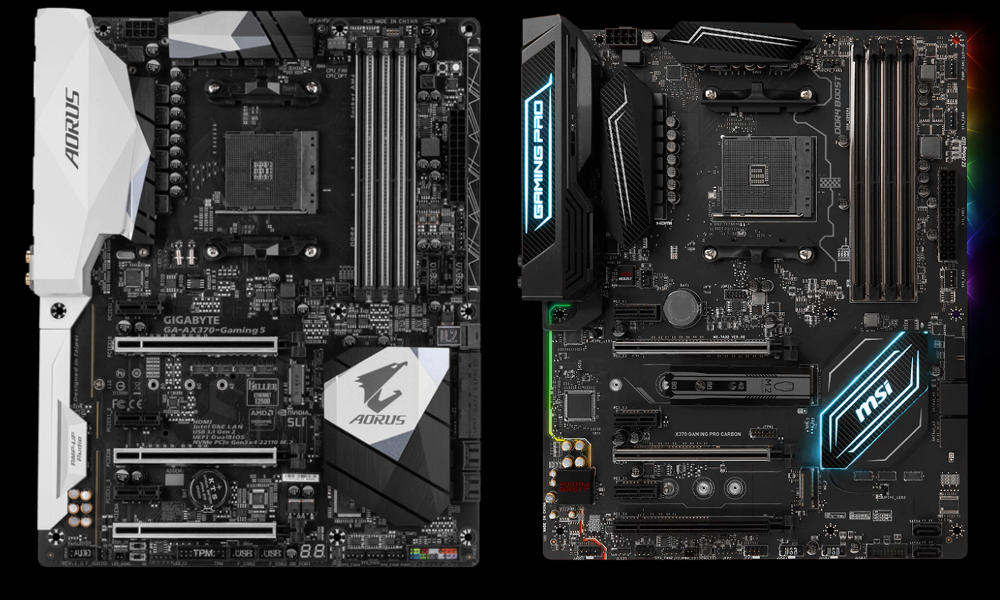 Let's talk about RGB illumination. In 2017 in the hardware world if you do not have it in the product you are out of the game. Mice with RGB lights, RGB enclosures, RGB panels and more - it seems that no manufacturer has refused to include at least some models that include colored bulbs in all areas of the motherboard and also MSI andGIGABYTE Blame it.

The haters can turn off the lights, the fans get software to control the colors and the intensity of the lighting. Bulbs are placed adjacent to thePCI-Express, Between the memory slots and on the right side to the right of the power connector to the motherboard.

Let's focus on what really matters. These two motherboards will cost you between 1,100 and 1,250 in Israel, and they contain pretty much everything That uses Ryzen 7 Can ask. The processor power systems are divided into two between 6 and 8. The supply stages are for vCore or if you want the processing cores themselves. The upper part of the motherboards includes the delivery stages designated for the IO or the various PLCs in the processor, along with the provision of the built-in graphics core that is not currently included in all these processors, Core Graphically expected to emerge later this year.

On both of these motherboards you get a decent amount of fan connectors that you can control programmatically. As well as a quality sound card based on Realtek's ALC1220 sound processor. chip This is a respectable development across the ALC1150 market that dominated until a few months ago for over two years.

As befits the boards based on the X370 chipset and such a price tag, SLI is fully supported NVIDIA And AMD's CrossFireX video cards. It also has the ability to migrate to various processors. However, do not expect to break frequency records. From what we have seen so far, Ryzen 7 processors reach a frequency of 4.0 up to 4.2 GHz at most under Cooling water.

Performance market - up to NIS 600 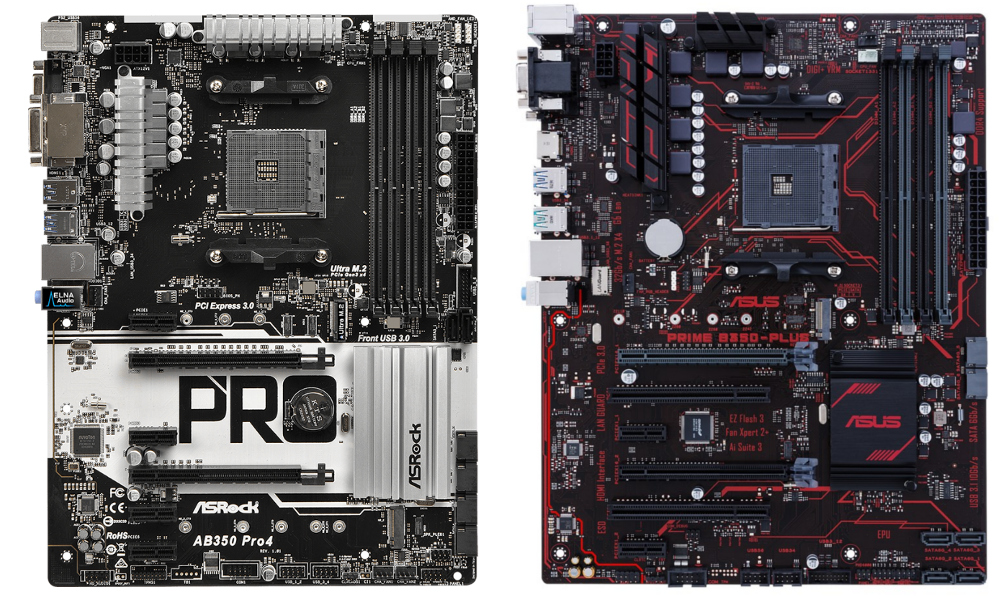 The performance market is considered a 'sweet spot', if you wish, and presents a significantly higher cost to benefit ratio.

Here, we are moving to recommending two different manufacturers, who came a bit more prepared for this market. Asus's Prime B350 Plus and ASRock's AB350 Pro4 offer exactly what a home user is looking for from AM4 boards. Here you will not find LED lights scattered all over the board nor unnecessary gimmicks. Both of these panels have six SATA3 outputs for storage but retain the M.2 interface for drives SSD Also advanced.

The sound processing cores are less advanced, as expected. Bassus will find the old ALC887, and ASROC the slightly more advanced ALC892. In both cases the signal around this processing core is advanced enough to produce good sound quality for most home users. Memory support is also fully supported, up to 64 gigabytes of type DDR4 At the speed of 2133 and 2400 MHz naturally. Higher frequencies are considered overclocking and are supported by processor capacity, much like Intel.

SLI is not supported here NVIDIA, But there is one in AMD's CrossFireX. PortsUSB The rear end is 8 in number, with the ASRock motherboard including one of the Type-C. In exchange, the motherboard of Asus Includes two rear ports in the faster 3.1 standard.

These motherboards support basic overclocking for the Ryzen processors, which mainly says turbo function for all cores up to a maximum frequency that is reserved for one or two core. We are expected to see users bring Processors To the frequency of these 4.0 GHz motherboards. Of course, it is not recommended to stretch the border and add a large amount of voltage to the processor on more budget models.

Motherboard of Asus It is priced at $ 99 and that of Asruk at $ 89, so in indirect translation they are expected to cost about 550 and 500 shekels, respectively, when they start selling soon in Israel.

Below we will also bring you recommendations for even more popular motherboards, with the launch of simpler chipsets like the A320. These motherboards are expected to arrive at extremely low prices (below NIS 400) and maintain a large part of the features you will receive in the expensive boards - so it will be worthwhile to stay up to date.