Powerful GeForce RTX 2080 Ti in a laptop - for the pros

NVIDIA ignites the imagination of computer hardware enthusiasts Mobile With model Quadro RTX New and powerful 6000. Is there any hope for the gaming version later?

Santa Clara's green chip developer has become the undisputed queen of computer graphics processing Mobile A few years ago, when she decided to stop making hardware-level differences between these products and her desktop products, she found technologies that enabled Performence Very close (at least in some cases) to the "real thing" even in compact portable systems. Now it will try to bend the laws of physics even further with the new formidable Quadro RTX 6000 model in a mobile configuration - which compresses 4,608 CUDA and controller memory 384 bit into 15 and 17 inch motherboards.

To deal with the heat generated from a graphical core capable of consuming over 200 watts inNVIDIA Develop an array Cooling Unique and narrow based on a pair of titanium evaporation cells capable of removing heat from up to 300 watts of power, as well as Power Supply Extremely compact exterior (with a Type-C connection, quite surprisingly) capable of delivering up to 300 watts - plus an enhancement to the company's long-standing Optimus mechanism that will allow the transition from using the economical graphical core built into the processor to the powerful discrete graphics core.

All of these gospels were combined into a new reference platform NVIDIA Ace is designed to demonstrate to the laptop manufacturers the potential of the new hardware - Mobile Modern 15 inch thick 25 millimeter, hexagonal processor and card Quadro RTX 6000 capable of delivering about 90 percent of the performance of theQuadro RTX 6000 desktop. 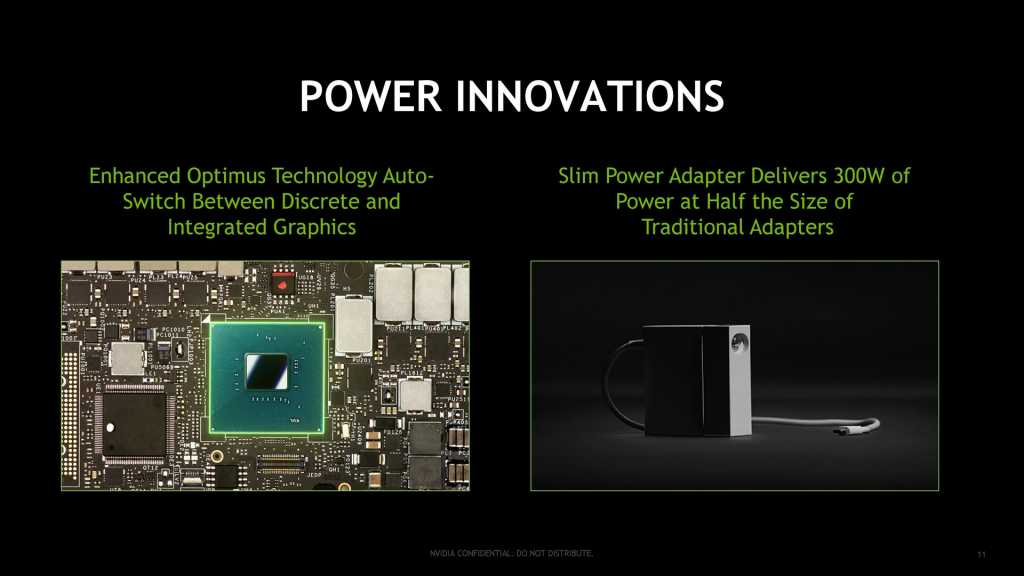 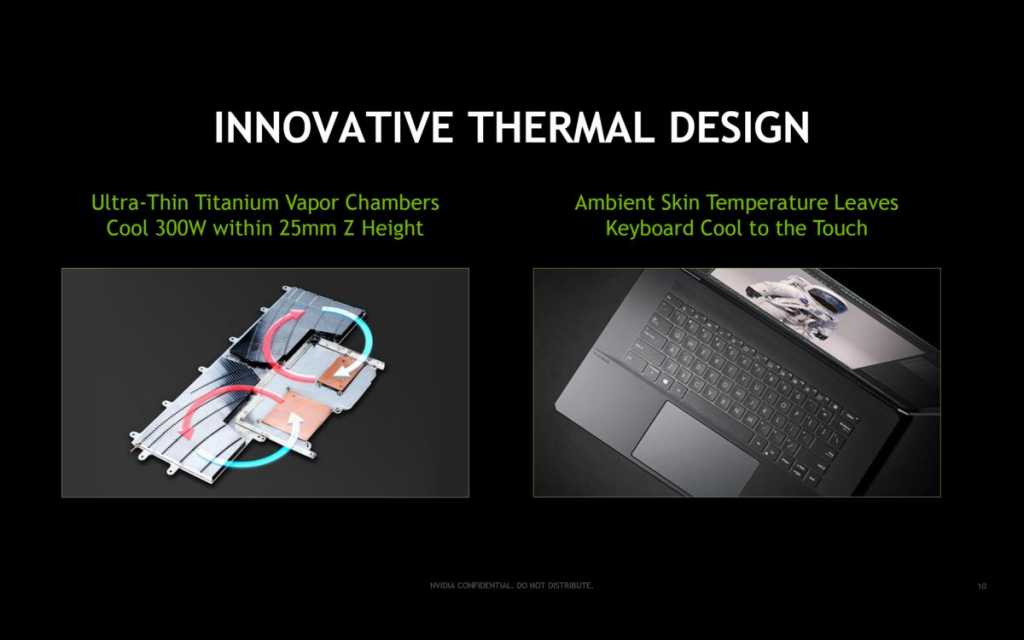 looks like NVIDIA Willing to take on more and more engineering responsibilities in the field of laptops, to ensure the co-operation of the computer makers, and to ensure a worthy and uniform experience as much as possible to the consumers themselves - which has not always worked so far within the Max-Q technology venture that included particularly large differences between Different branded applications of the same hardware components

Arrogant fantasy or a surprising new technological reality? NVIDIA We have already demonstrated our capabilities in the past despite the skepticism and cynicism of many across the Web, and for now it seems that Asus And Iseer is happy to partner with her in the new venture - so it should not be disqualified.

Beyond the gospel required for professional content creators and editors who can finally take the profession with them anywhere without compromising performance (compromising on price will already be a story after all) - we can't help but wonder if the Quadro RTX 6000 is a preliminary stage for a possible launch of Model RTX 2080 Ti Mobile For especially large and prestigious gaming computers. Technology obviously already exists (theQuadro RTX 6000 actually contains an extra 6 percent in the number of processing units relative toRTX 2080 Ti stationary) - and probably a small, loyal target audience who would be willing to spend tens of thousands of shekels for these machines. We hope to receive more surprising news in this area soon. 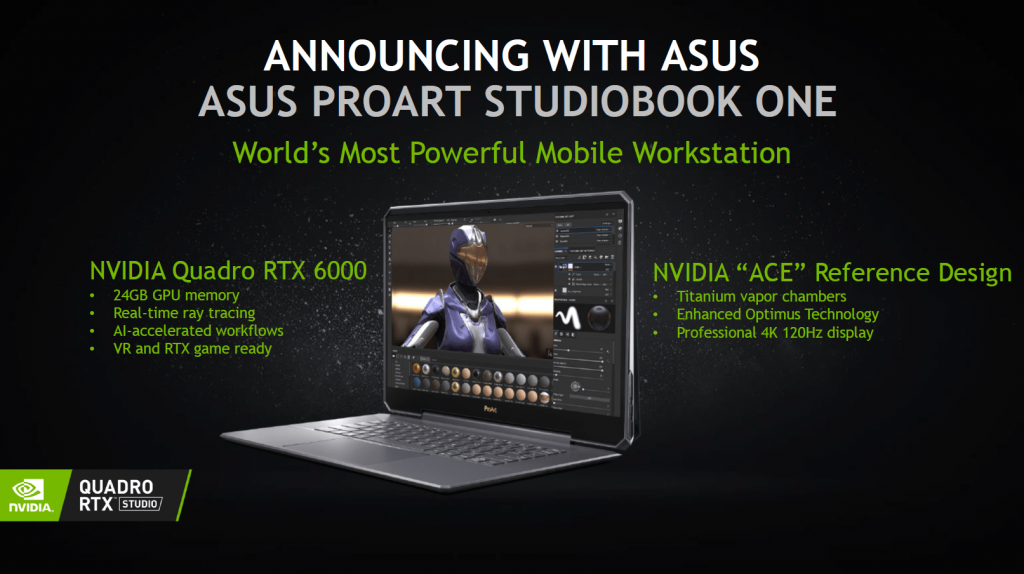 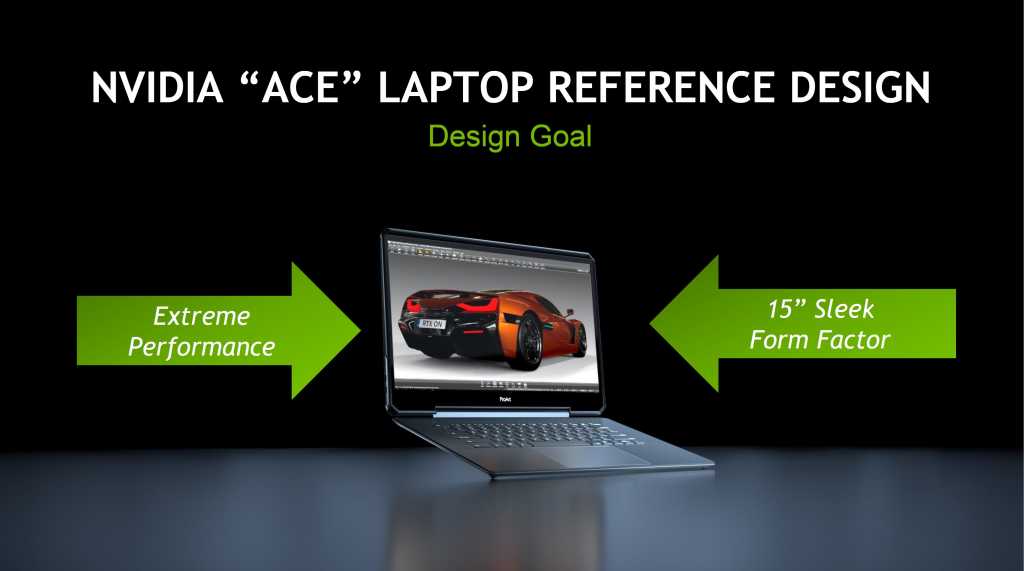 15 inch in sane dimensions, with Performence Tickling desktops equipped withGeForce RTX 2080 Ti or even onTitan RTX - It's an idea that will occupy us much more now, after the exposure of theQuadro RTX 6000 and the demo platform next to it