Want to upgrade your computer and want to know how long will you have to wait for the new generation of Intel? All the details you are looking for are here

The new Skylake generation of Intel The pig was crowned old, to a certain extent, when the first models launched under it were actually the new stationary models with the open hemisphere. However, do not think that the other models are far behind - according to the latest information that comes to us, a variety of other models will be launched in the coming month, and more launches await us in the next three months.

Models Core i7 andCore The new LGA 5 stationary base station, with no open components and versions in a reduced thermal envelope, will be officially launched tomorrow (September 1151) as a slightly reduced alternative toCore i7-6700K andCore i5-6600K which at present are in low availability in the markets due to the high demand.

At the end of the month, at 27 in September, we will also see the launch of processors Core i3 andPentium Dual-core base stations based on the same LGA 1151 chassis, which will actually complement the chip giant's fixed line product for the time being.

Parallel to them, will be launched no less than 13 Processors Of the powerful H families, the cost-effective U and the Y (or Core M) Ultra-economical: Starting withCore i7-6700HQ The quadrilateral and the coresCore i7-6820HK The quadrilateral cores with the open product at the top end,Core i7-6500U andCore i5-6200U, whose technical details we received last week,Core M new and modern ones we told you only today. Expect to see a mobile Skylake First come to market already this October.

At the end of October we will see the launch of more powerful and powerful Skylake-H models,Core i7-6920HQ), and concurrently launched the dual-Xeon The first official mobile phones, in which we can finally try to understand what they are offering compared to the H models mentioned above.

During the month of November, 2015 will receive the launch of the Pentium-4405U and Pentium 4405Y models,Core Which will be launched two months earlier. 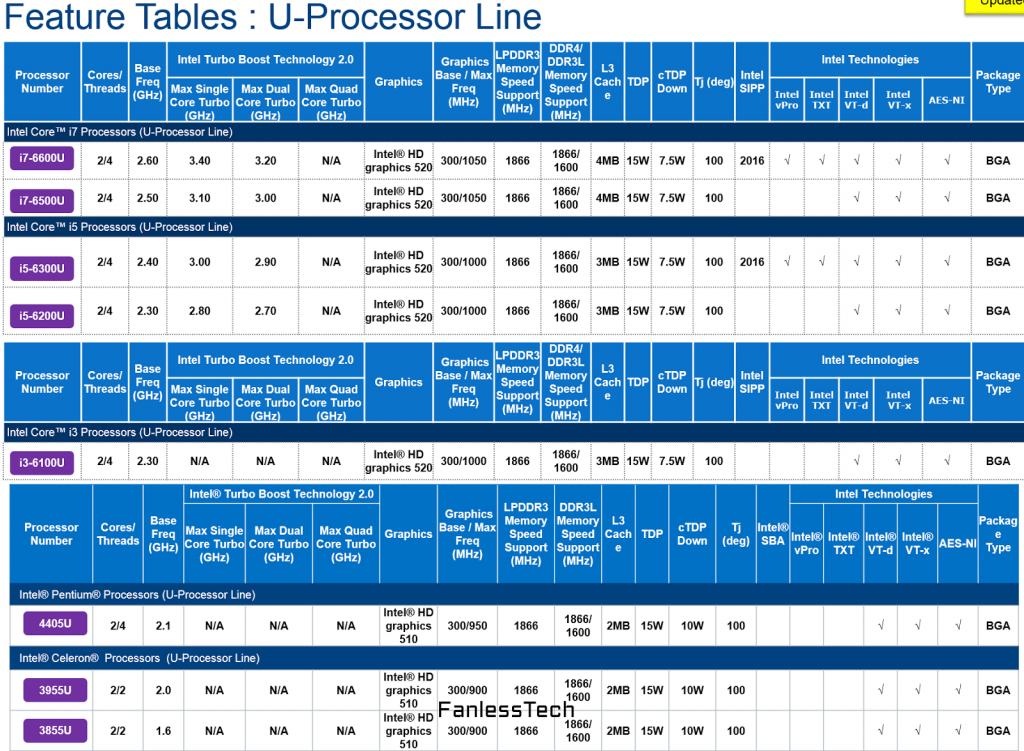 For dessert, during the first quarter of the year 2016 we will also welcome the launch of a pair of Celeron models Mobile From the U family, which will be another step in the reduction, and will probably help us see ultrabooks and other light and thin mobiles at prices of less than 2,000 NIS.

The end of this year will be overloaded with my work Skylake Of all types and species - so it only remains to choose the winning model in your eyes. Successfully.