Memories of the DRAM (RT Dynamic Random Access Memory) are not exactly the most prominent bottleneck in modern computer systems, but it is nevertheless pleasant to see them become faster, larger - and also more economical, thanks in part to the transition to the standardDDR4 Fresh.

now, One of the leaders Of this market, Samsung, Declares Because it has started manufacturing DDR4 memory modules in the RDIMM (Registered Dual Inline Memory Module) configuration for 128 GB (!) Servers per module. This is a volume that is a real breakthrough in the field. For comparison, Skylake processors The latest ones support a total DRAM capacity (based on 4 memory slots) of up to 64GB only, while the Haswell-E Extreme Processors can get up to 128GB of memory DDR3, Based on 8 slots.

This huge volume is made possible by the use of DRAM chips stacked on top of each other with TSV technology that connects them via the printed circuits and not only from their sides (similar to the application we saw on the chips memory The innovative HBM on AMD's graphics cards), giving you the ability to compress more chips in a given area without sacrificing performance, basic work voltages, and power consumption. 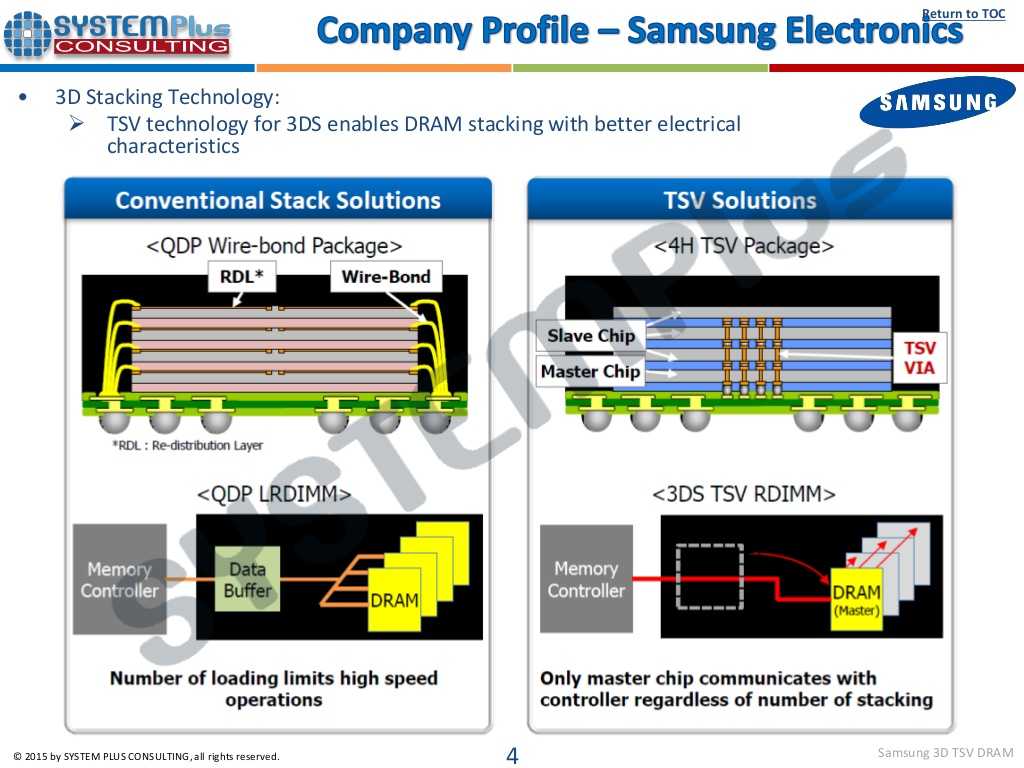 Beyond that now motherboards for server processors with a single memory can hold up to terabytes of RAM at 2,400Mbps, and motherboards with a pair of chips and 16 DRAM slots can hold up to 2 terabytes (!) Of RAM - it seems that There is far-reaching significance here for home consumers as well. Application of TSV technology in standard DIMMs designed for established systems Processors You will be able to turn 16GB volume sticks into the new basic standard, enabling each system to maximize the maximum volume offered by the generationSkylake No special difficulties - and later also modules with a capacity of 32GB and even 64GB can become a reality on the way to total volumes that will ensure that memory RAM Will not be missed by any of us, at least not in the foreseeable future.