Report: The price of fixed-line processors in the new generation of Intel without significant changes

A breakdown of models and prices seen in an online Canadian store gives us evidence that Intel may maintain very similar price levels for its processors.Coffee Lake, Compared to those we know today

A lot of questions arise in the context of Coffee Lake, the next generation of desktop processors Intel, Following the few official details that have already been revealed along with the design of the final commercial cases - why there is no back support on the motherboards, whether we will also see quad-core models alongside the new hexagons, whether we will see new models with open hems and the like.

Fortunately, one possible answer to the question marks was received recently - with no small hint that the prices we expect will be almost identical to those of parallel models from the era of theKaby Lake. 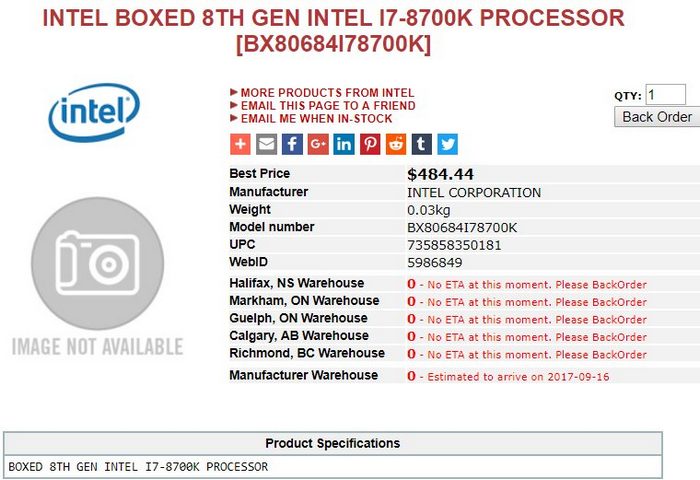 According to information on the PCCanada network,Core Eighth, starting with theCore i7-8700K at the top-to-Core i3-8100 at the low end, will carry price tags that are a few percent higher, between zero and seven percent, compared to the direct models they replace - when in the case of theCore The intriguing Quadrant i3-8350K is even seeing a 3 percent drop in cost. Not bad.

Even if the specific numbers are not completely accurate, they probably rule out the possibility (theoretically) of a significant jump in the price levels that could have accompanied the jump in the number of logical and physical processing cores, and therefore can be breathed a sigh of relief.Kaby Lake Mobile refreshers that have similar price tags (and even a few percent lower) despite multiplying the available number of cores.

So bottom line, while we may be required to purchase new motherboards, hey - at least there should be no more "surprises" that will cost this process.