Google 's new budget video card AMD, The RX 480 comes to us for review - is such a video card worth upgrading?

Today, for many users waiting is over. After nearly five years that look like an eternity, with video cards of AMD Based on the old 28 nanometer manufacturing process, we get a brand new video card that comes in the process of producing 14 nanometers. Today is a holiday day for the Red Camp that is getting a new toy.

The AMD Radeon RX 480 is a pretty special video card. Apart from being the world's first in the production process of 14 nanometers, it was launched in a slightly surprising manner. When the competitor NVIDIA She was busy collecting the performance title for the extra time, she decided AMD That she is not approaching this category from the beginning of her new generation. 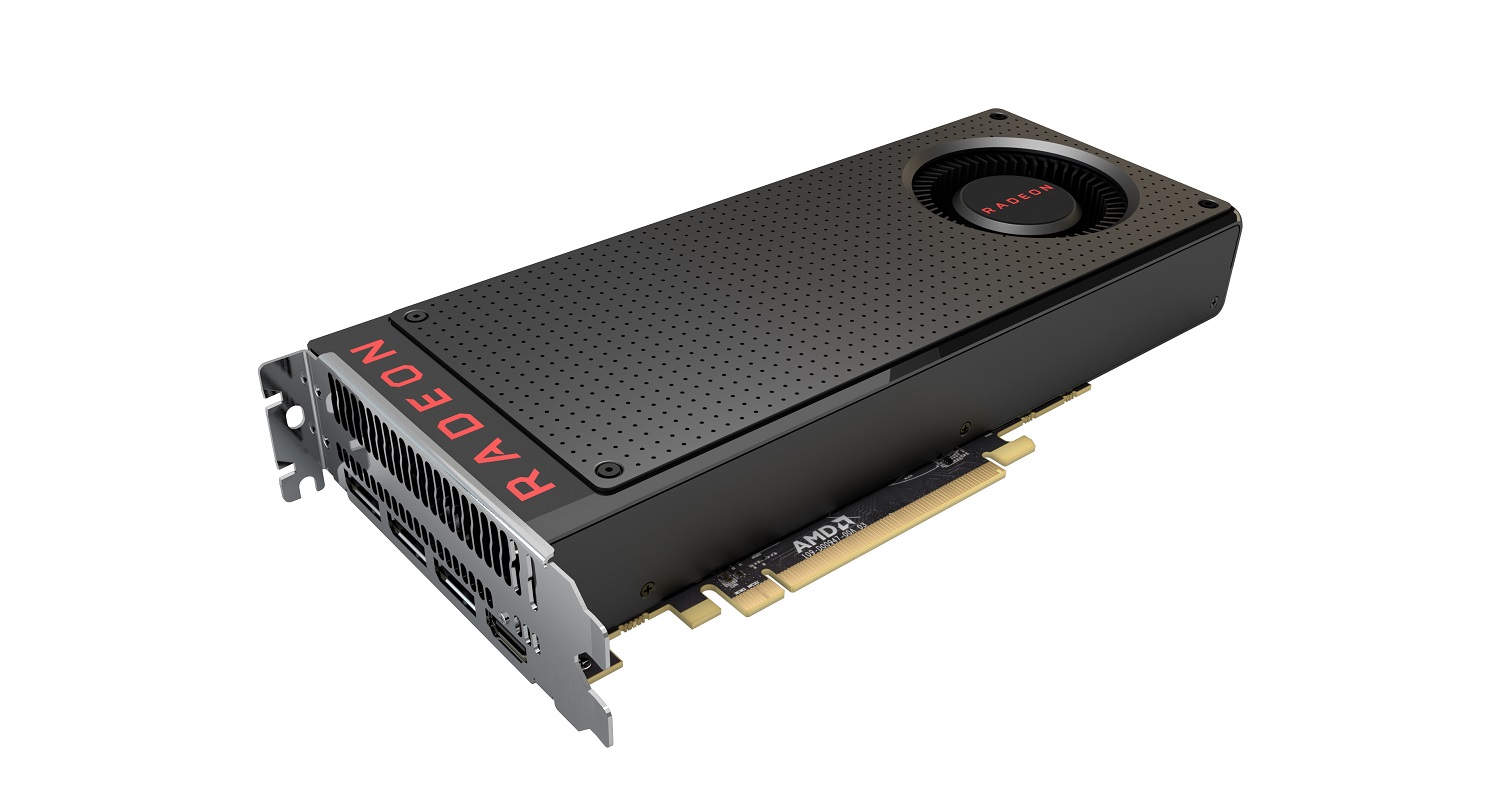 It's no secret that GTX 1080 and GTX 1070 are awesome graphics monsters, and that they contain advanced graphics cores for gamers who want the best. Unlike earlier times, AMD did think how to make a move against the new generation launches NVIDIA. AMD knew very well that,NVIDIA They are opening a new generation, doing it with great fanfare and with a lot of power.

Therefore, it decided to attack and conquer areas devoid of enemy forces. The "moderate" gaming world has enjoyed graphics cards like the GTX 970 and GTX 960 that have become bestsellers over the past year and a half. Many thought they would remain in the market as relevant and popular options while expensive monsters on both sides would fight each other at huge prices.

The quietness and serenity of the 970 GTX and the 960 GTX comes to break the 480 RX, the 14 nm effective and fast. B-AMD Decide on the price tag of 230 dollars for the version that comes with 8GB 's זיכרון GDDR5 While there will also be a more budget version of 4GB that will attempt to eat directly in GTX 960 sales. Remember, GTX 970 is currently priced in the 290 Dollar area

Let's get to know our new advanced budget AMD.

The video card version reviewed in this review is the default version of AMD. As is known, default versions are formatted according to AMD And manufactured by various manufacturers. The production of this card is not responsible for any other than a close friend of AMD, A company Sapphire. It comes with Cooling Blower and design that reminds a little bit graphic cards Such as the GTX 670. A philosophy-based design is that the length of the video card can be respectable, but not too large as long as the coolant has sufficient space to allow quiet and efficient operation. Card length is 24 inches. Note that the printed circuit board of the graphics card is relatively short and ends at about two thirds. The rest of the length takes up the fan's Cooling This bellows. The fan draws air from both directions and passes them through the canal, where a body made of aluminum and copper is found. The hot air from there makes its way out of the enclosure through the openings at the end. 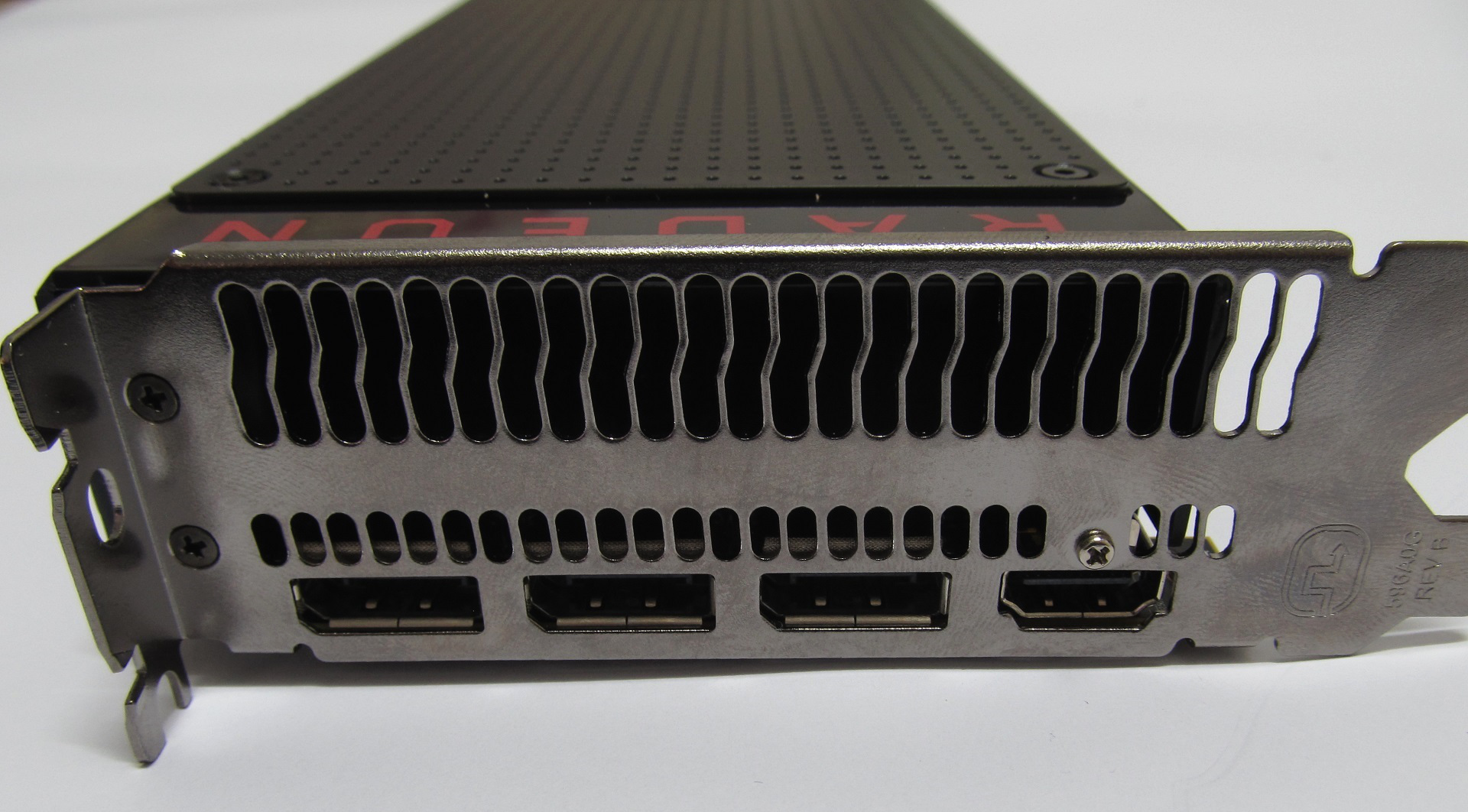 Beneath the openings are the ports of view, and one of the biggest differences she has chosen is already visible AMD Make its new generation graphics cards. Please note, are we finally separating from the preferred DVI port? Apparently the clumsy connection just takes up too much space and space AMD It is not acceptable.

The display port array consists of three DisplayPort 1.4 and EXIT HDMI 2.0. For the first time, we see display ports in new standards that enable inflated data traffic compared to what we have known in the past. First and foremost, you can use all four ports to connect four screens at once.

In addition, the RX 480 brings support with the monstrous 8K resolution, which requires four times the traffic 4k. The resolution4k Which will soon become more accessible to gamers supported as in the previous generation, only this time through these ports you can use it in the frequency of 240 Hz, or 240 תמונות For a second if you like. Absolutely impressive. 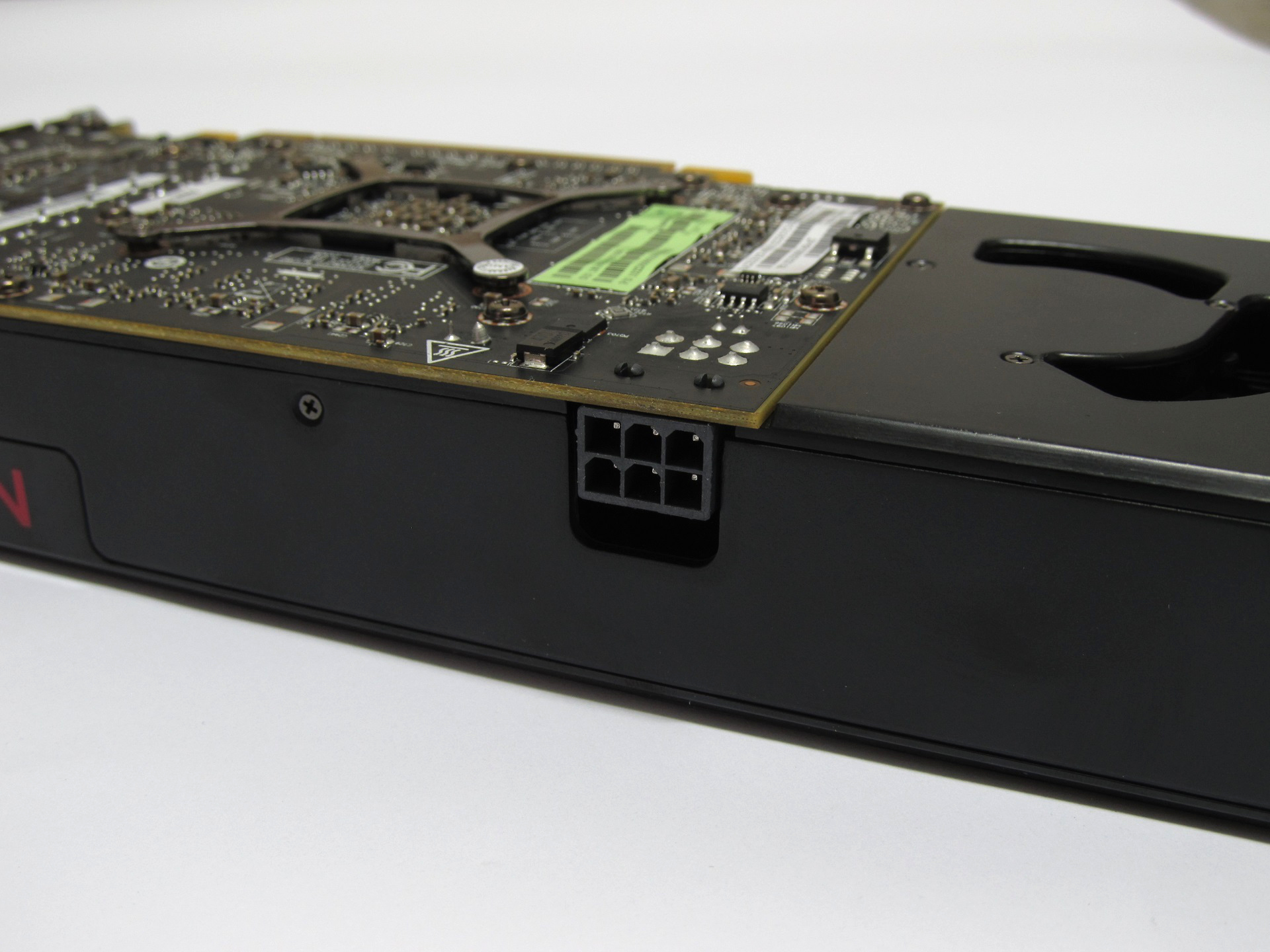 This graphics card is rated in a maximum heat envelope of 150 watts, forcing it to use a single 6PIN connector. The account is simple, the 75 watts will provide the port-PCI-Express, And the 75IN connection.
Before we pass the performance tests, I decided to prepare this review somewhat differently from what is generally accepted. This time I decided to add some graphic cards Sleep to answer as many readers as possible on the question "Should I upgrade?". In the performance tests you will find graphic cards Which dominated the price range of the RX 480.

These graphics cards will be the R7 265 (formerly HD 7850) and the GTX 660 for example, which when they were new were sold at a not bad pace at all. In addition, of course there are the graphics cards that the RX 480 directly threatens and they are the GTX 970's NVIDIA And the R9 290 AMD. graphic cards These dominate the price range between 1200 and 1700.

We have sent the video cards to the test track when the games and software are usually tuned to the maximum settings. The graphics cards were tested in two resolutions, FullHD 1920X1080 and WQHD 2560X1440 to give you the ability to handle higher demands. 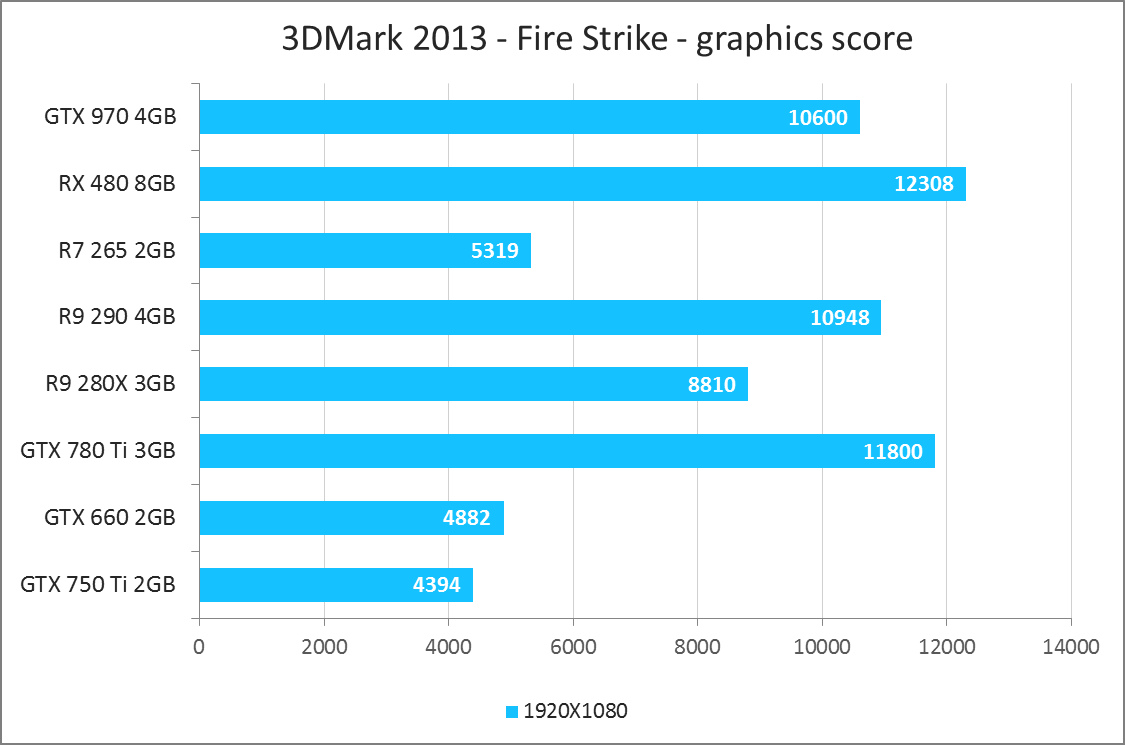 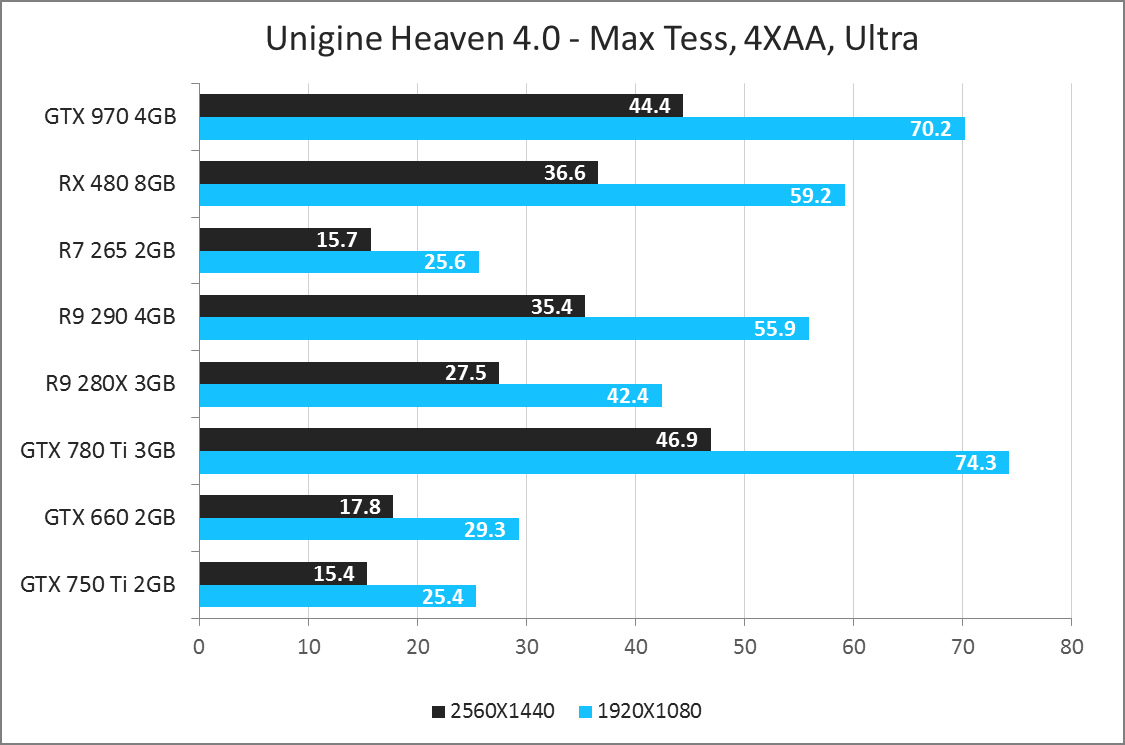 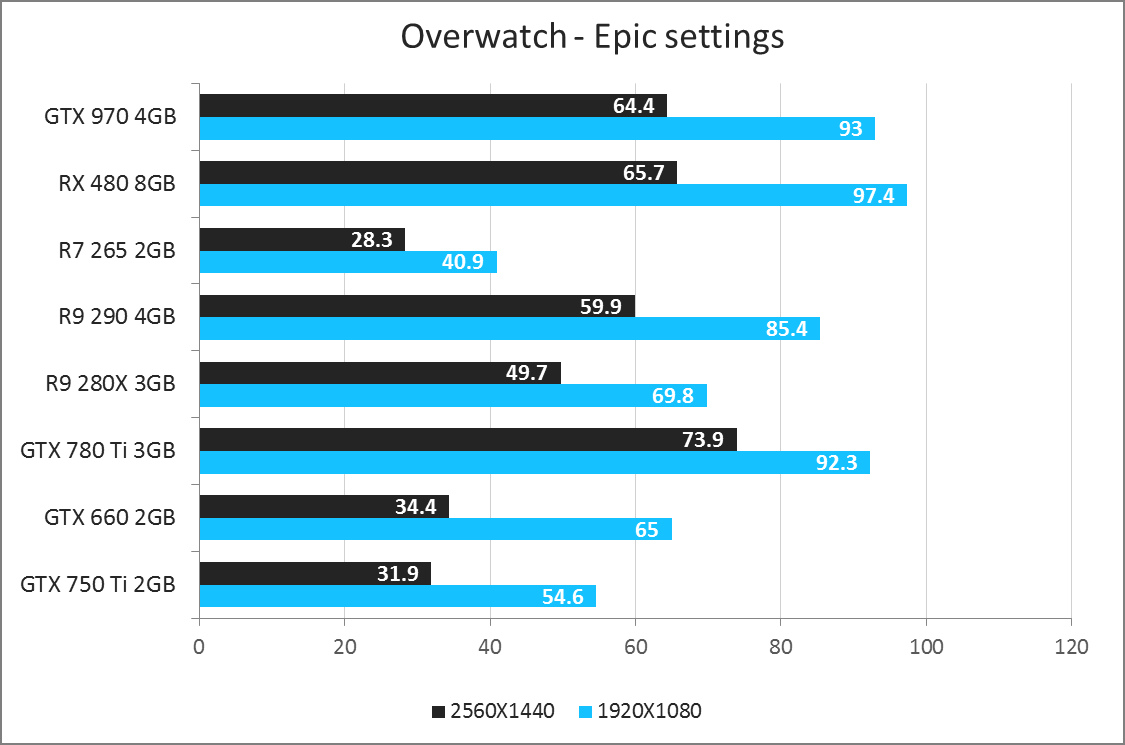 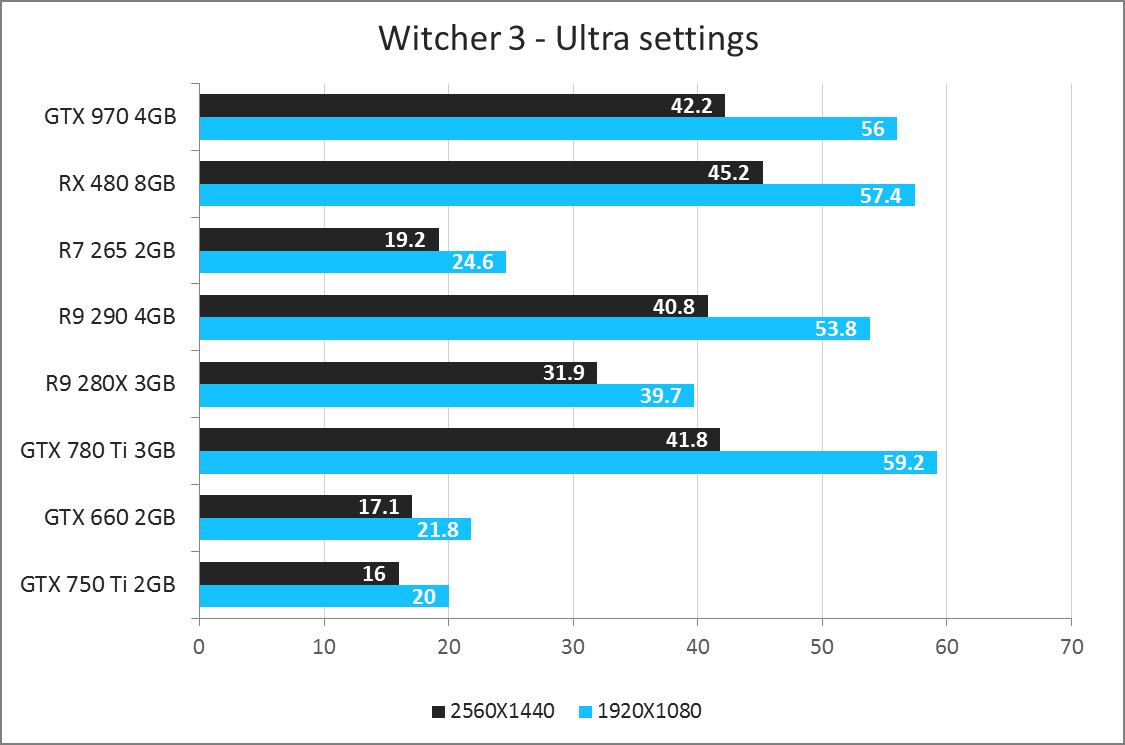 Power consumption - the strength of the RX 480 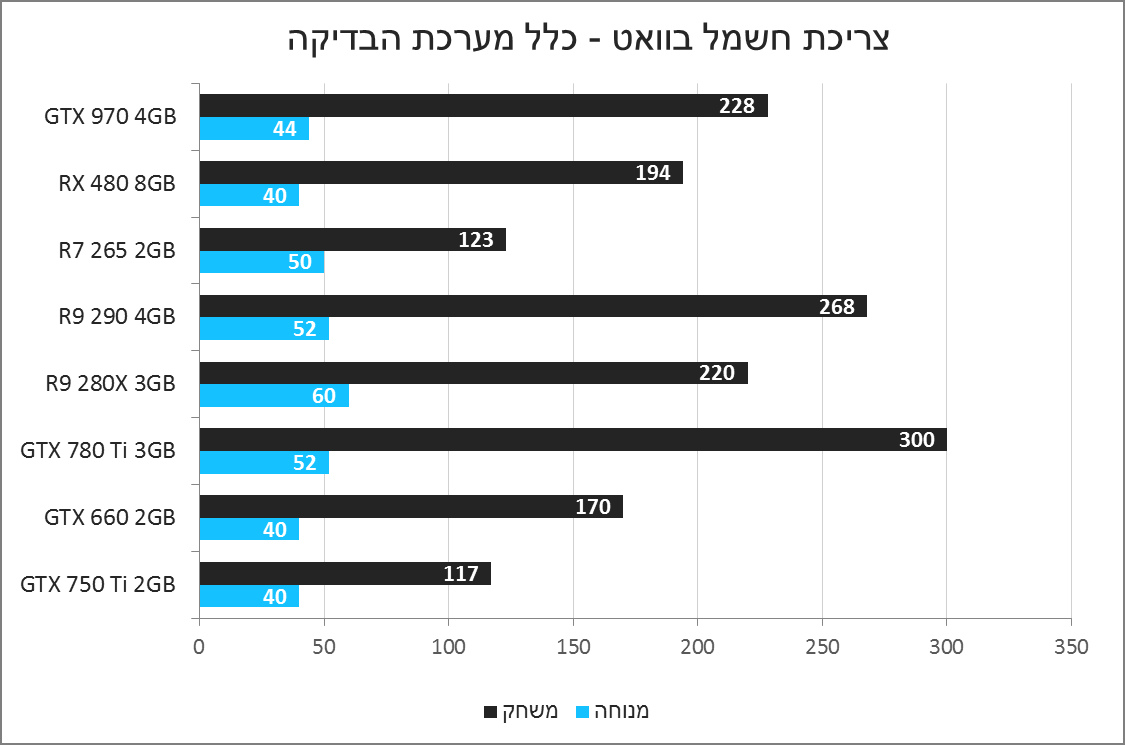 Pay attention to power consumption. While it performs better than those of the R9 290, the RX 480 shows low power consumption. I must admit I expected much less however. I thought I would not see the system cross the 170 watt line, which means thatAMD Was not particularly honest about the heat envelope declaration of this card. All of our testing system along with this video card can hold a branded 400 Watts provider quietly.

The video card is tested at an ambient temperature of 30 degrees Celsius. At rest the card stayed very close to this temperature, around 33 degrees. During the effort the temperature rose to 85 degrees and this seems to be the card limit. If it passes it, it simply lowers the core frequency from at least 1266 MHz. Unfortunately the frequency does not remain 1266 MHz. During a long test it dropped to around 1050 MHz. Too bad in such a case for a potential loss of performance.

When it comes to noise, the cooling of the AMD Doing reasonable work. The graphics card remains very quiet at rest and not very noisy in the effort and it makes me wonder why they did not choose a fan profile that is slightly more aggressive to lower the operating temperatures. In any case, this can be done manually from the driver itself or from third-party software that will soon be supported.

How much does it cost us?

From this point in particular today, you simply can not get away, and I feel the need to explain some things that are confusing today, as you see in our video card forum.

XXUMX RX 480 as you see in a musk audit when it carries a price tag of 8 dollars before local taxes. This price is right for the United States. In other words, if you are in New York or California and go to the store to buy one, you will pay between 230 and 240 after tax.

This price is lower in 50 dollars than you paid for the GTX 970 or R9 390, which is actually R9 290 with a 8 gigabyte of זיכרון graphic. This is a welcome improvement that eases the pocket, brings new technologies and reduces electricity consumption.

In our small country stores have already put these cards on the shelves for first efforts, and the problem is that the price is not 230 or 250 or even 300 per consumer, but more in the direction of 400 dollars or 1500 shekels. There are many reasons for this, and I do not think there is much room for discussion right now about importers' stores and what's in the middle, but there are some facts that need to be known.

The first is asked graphic cards Which arrived in expensive air transport, only to be available today for sale and unlike the GTX 1070 and GTX 1080, there are those for sale, and already abundant from the launch. Thus, significantly lower sea shipments will lower the price to the consumer in my estimation by a hundred shekels or even more. Beyond that, there are currently many versions of the RX 480 offered to customers. Here too, when all the companies offer a variety of models, the competition between them will create a profit for the customer.

Thus, the price of 1500 shekels is now reserved only for the first efforts, the burning fans if you will. This price is expected to fall, and will decline as the export grows and the shipments will become cheaper. I hope very much that you will soon see a prefix of 1300 or less and the rush and confusion on the subject will end.

Even if you refer to this product as an 1500 product, you have to ask what alternatives are there today as new products? The GTX 970 is usually more expensive, the R9 290 and the R9 390 simply look unattractive when there is a small new card that simply replaces them. Therefore, in this case, too, the RX 480 will be recommended, with an asterisk.

The bottom line is the 480 RX AMD Is not a bad product. An affordable video card that brings what was stored in the previous generation to advanced users. The RX 480 grapples with fullHD resolution and with serious graphics requirements. Making 8 gigabytes of graphics memory standard and 4 a budget option is welcome. One of the most prominent upgrade reasons in the past was graphic cards Strong graphics deficits to perform tasks (GTX 570 1280MB, I look at you).

Default cooling AMD Meets the requirements. Quiet at rest and effort, not feeling plastic and cheap. God-Radeon RX 480 is our recommended list. 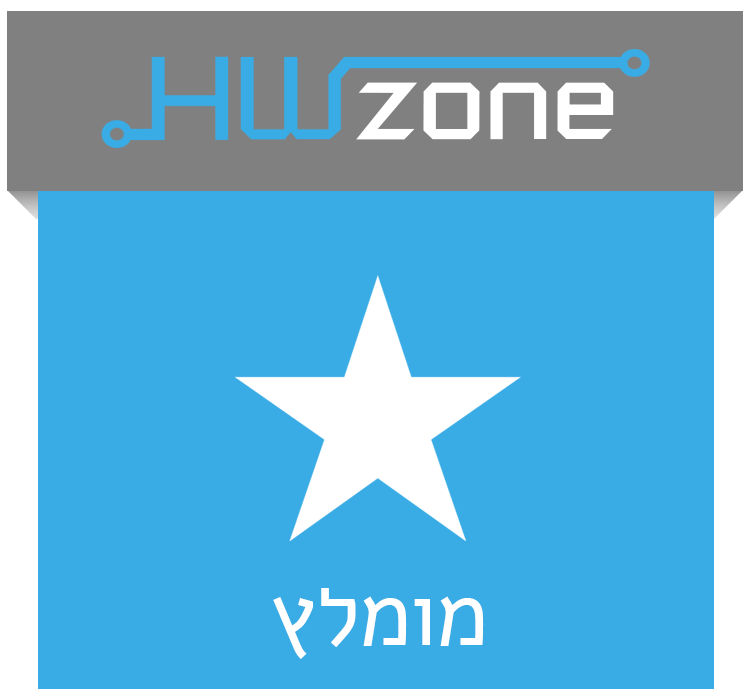