Familiarity with the RX 6700 XT

RDNA2 Architecture of AMD Reaches a new market share - the mainstream, or at least what is left of it during this surreal crisis. Let's get to know in depth the Radeon RX 6700 XT, with 12GB of זיכרון Fast graphics

Today officially AMD Removes the ban on its latest video card performance - theRadeon RX 6700 XT and we bring you a review of the card's performance. The complex reality of the virus in the world along with the many changes created from it brings about a very unique and not simple period for the average user of the computer world.

Like any other launch in the last year, this launch also receives many reviews from a variety of users due to the great difficulty that has been made in obtaining the hardware and doing so mainly at the recommended official price.

A little hard to believe, but the Radeon RX 6700 XT is AMD's first video card under an official $ 500 price tag since the Radeon RX 5700 XT launched in July 2019 (Review here). This means that this product is intended for a wider audience than the premium products launched so far (Radeon RX 6800 series).

Although, unlike other "mid-market" products that have arrived so far, the price tag remains quite high and stands at $ 479. When talking about the middle market in the world of video cards, we were used to seeing products that cost much less. The RX 5700 for example cost $ 319, and theRadeon The RX 580 cost $ 299 at launch. The main reason for the price of the RX 6700 XT is the current market situation during the Corona period. Much of it belongs to the prices of competing products, and part of it also belongs to the monstrously increased production and transportation costs compared to what we knew in 2019.

To remind you, AMD Uses the very same production lines to create this video card that also manufactures the chips for the Playstation 5 and Xbox Series X game consoles. AMD He is formidable, unprecedented in fact. On the other hand, production capacity is very limited. 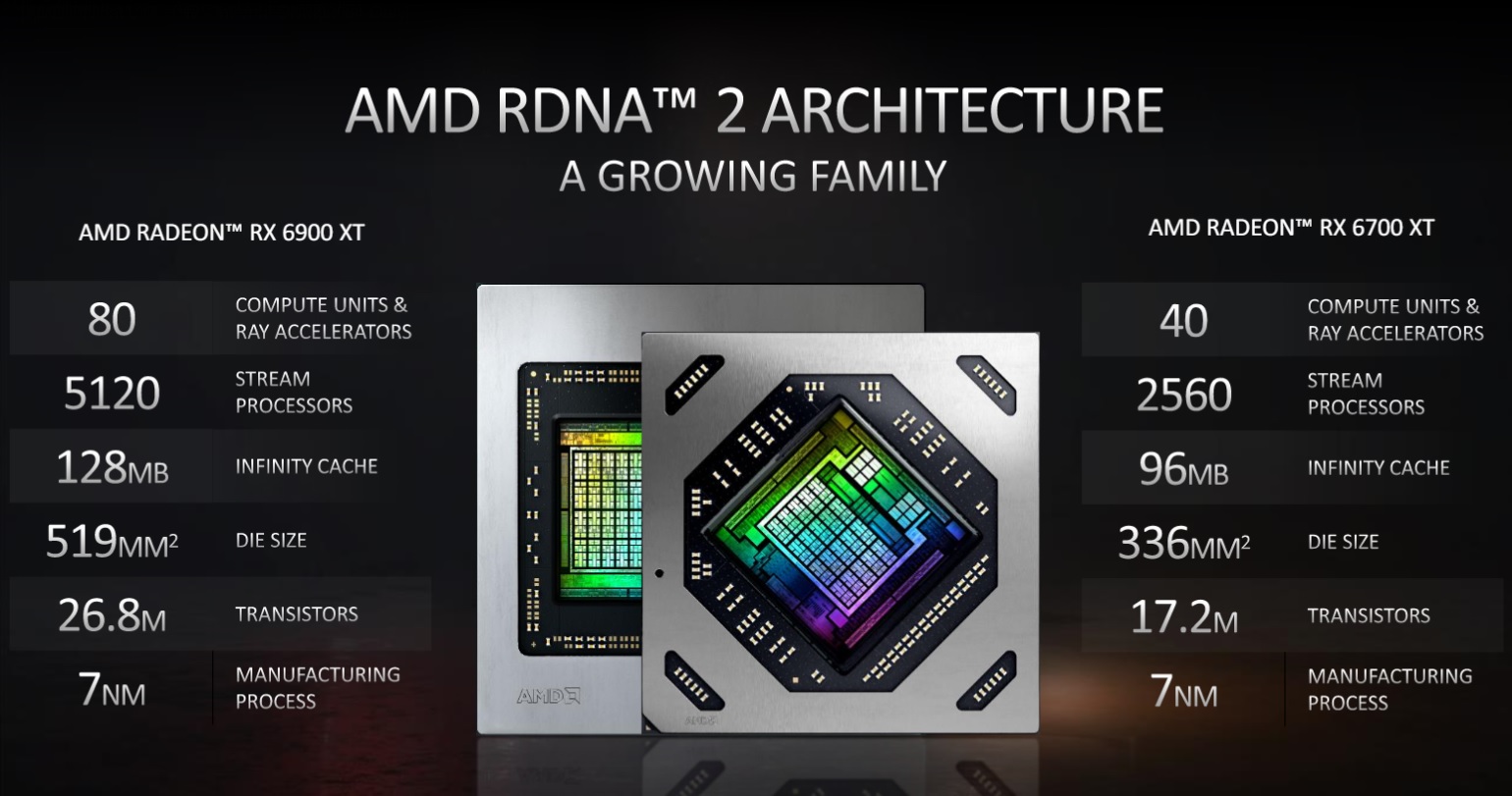 Graphics core Radeon RX 6700 XT, the NAVI 22 is significantly smaller than what we saw in its big brothers (NAVI 21), thanks to the amount needed Processors More humble. 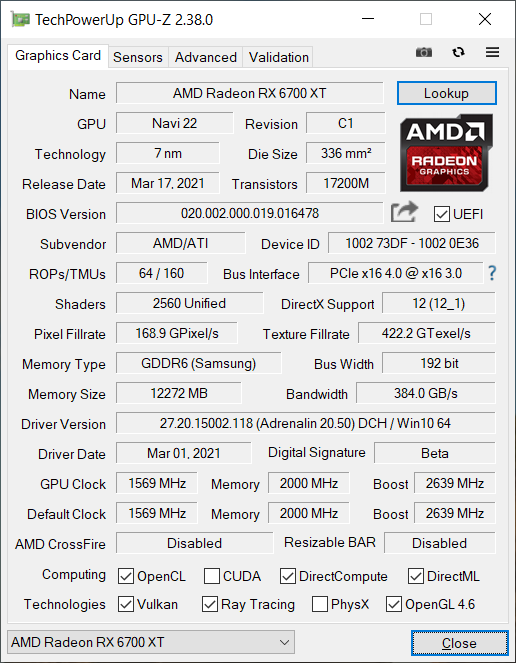 The core area itself is only 336 square millimeters, compared to the 520 millimeter square of RX 6800 cores. ships 22 is 40 compared to 80 inships 21. That is, it is a core that is actually almost half its core capacity ships 21 we knew in the RX 6900 XT. Admittedly, not everything is cut in half. 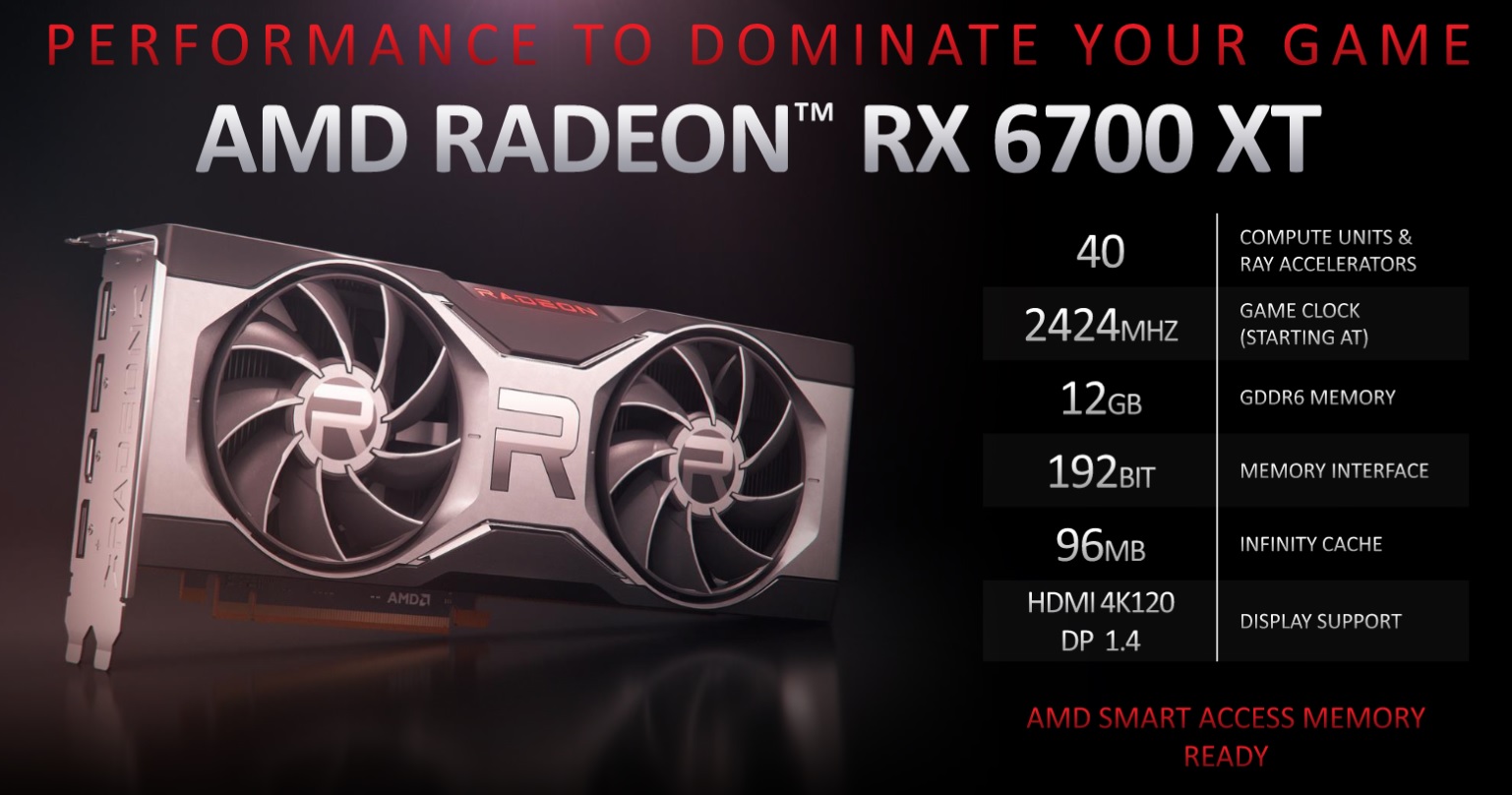 For example, the graphics memory controller in use is 192BIT wide and not 128BIT. The graphics memory has been reduced accordingly from 16GB on the larger video cards to 12GB here, instead of 8GB. Him too זיכרון A cache called Infinity Cache has been lowered from 128MB to 96MB. That is, all components related to the graphics memory were reduced to three quarters of the capacity. 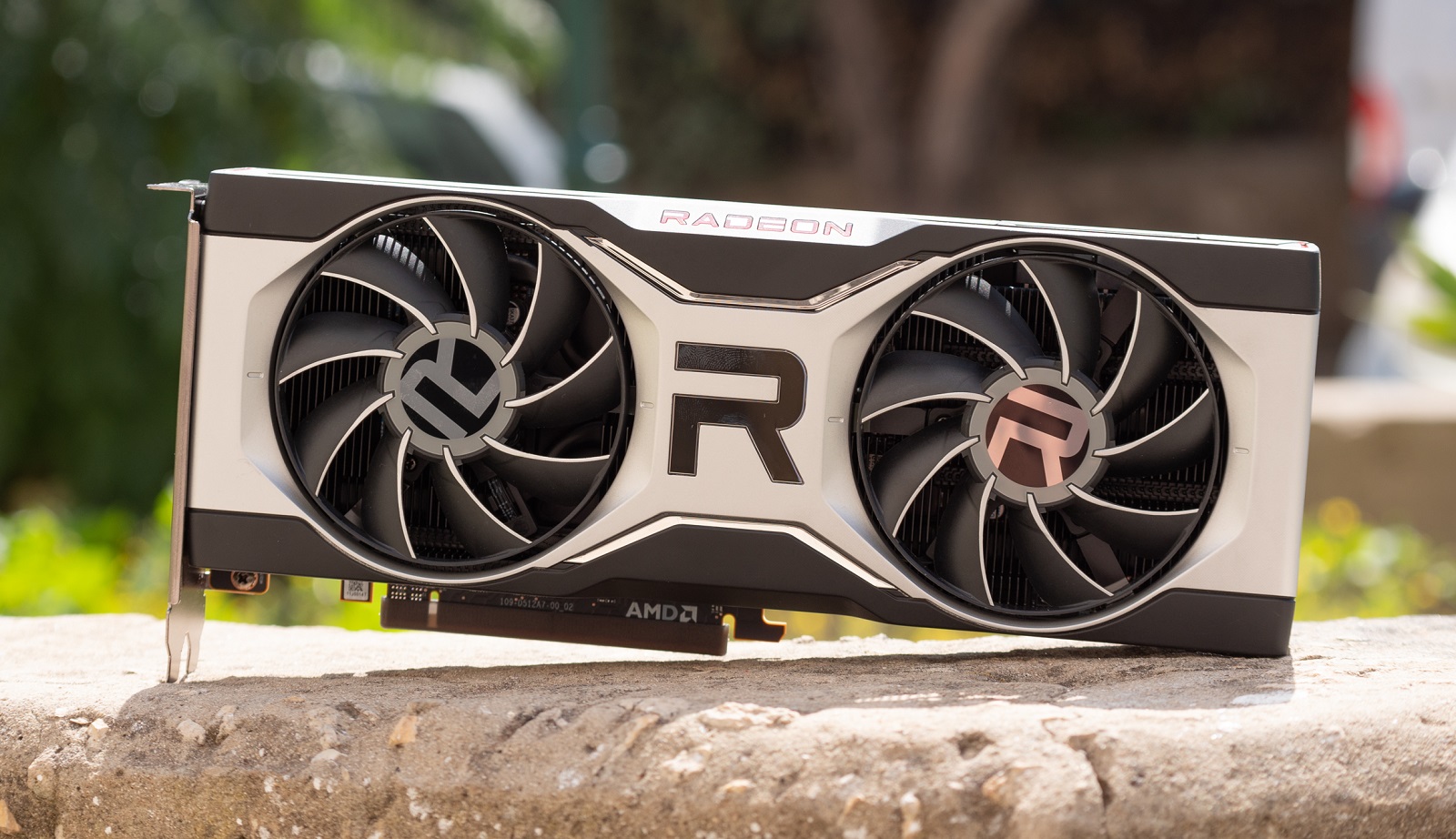 There is also a new default design for this video card of AMD. A design that is doubtful to see much of, as third-party manufacturers are launching their own designs today. This design is mainly available for direct purchase fromAMD For the same price tag of $ 479. 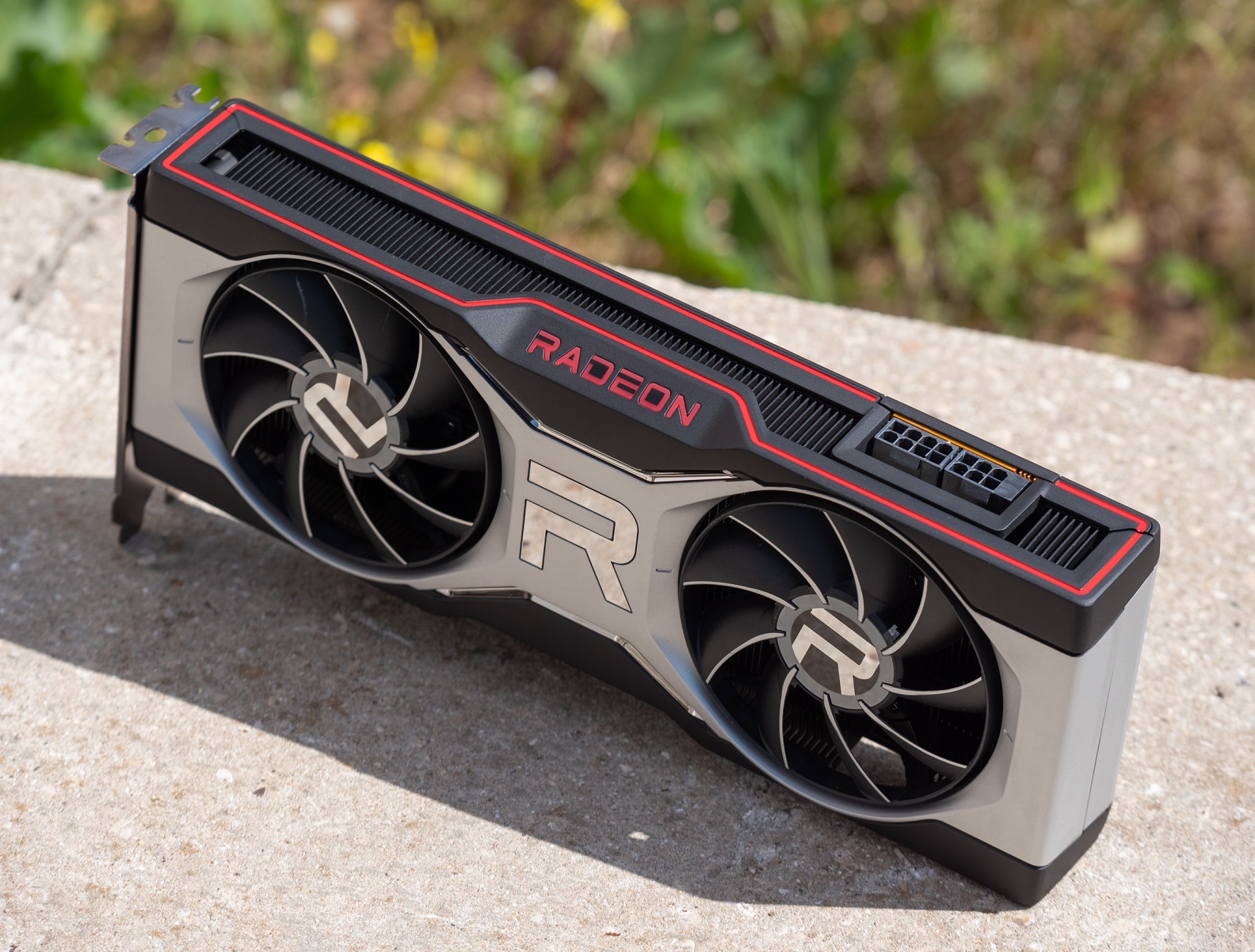 This video card is 27 inches long, only 2 slots thick, and comes with a fairly modest heatsink with three heatsinks and two fans. Compared to RX 6800 cards made AMD The RX 6700 XT is built in a cheaper way. Instead of using metal every envelope in this video card is plastic, which at least makes it significantly lighter. 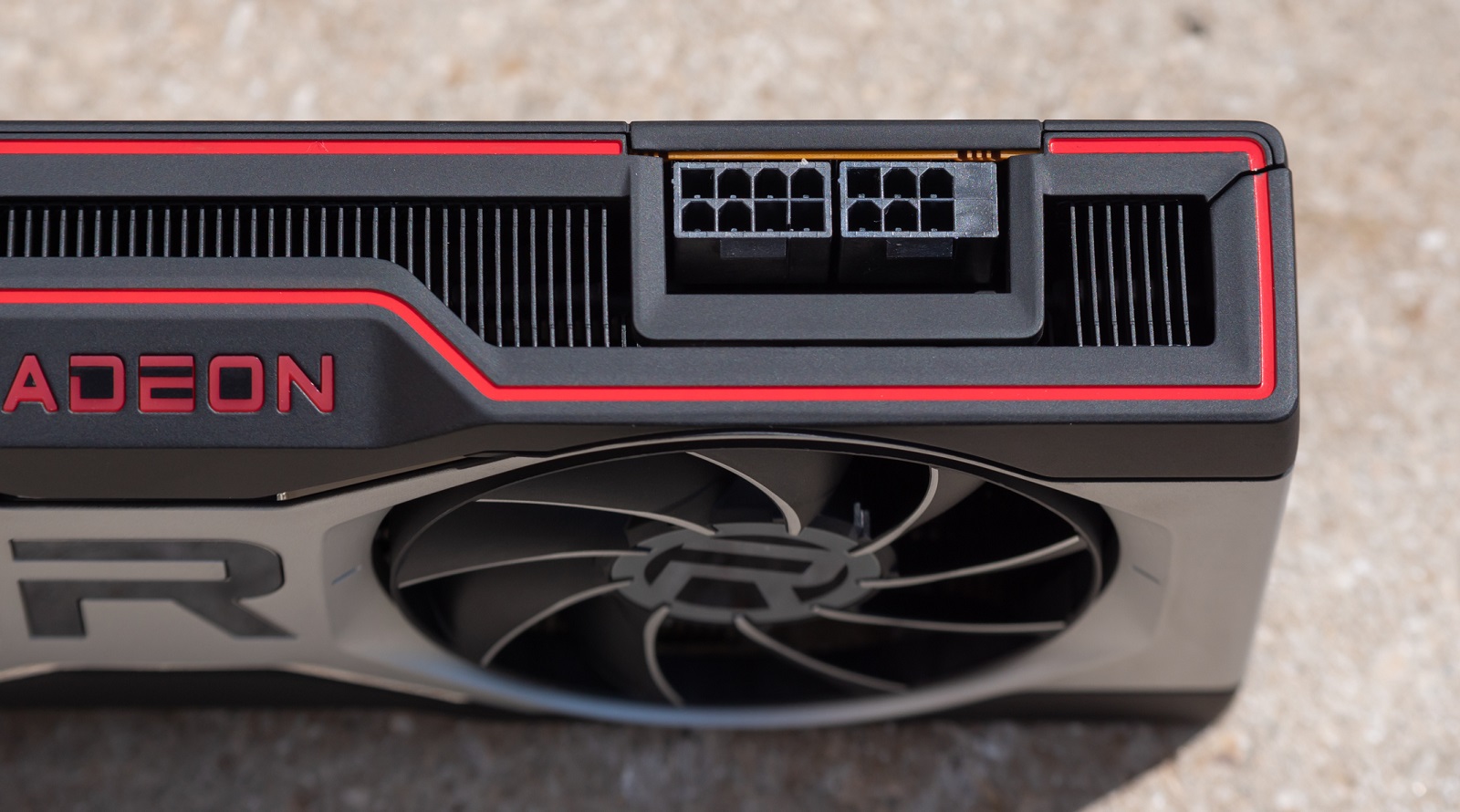 The power supply to this video card is done through the 6PIN input and the 8PIN input. The heat envelope of the RX 6700 XT is set at 230W, which is a fairly aggressive amount of power consumption. This is mainly due to the high core frequency combined with high operating voltage. Later in the review we will touch on the actual numbers. 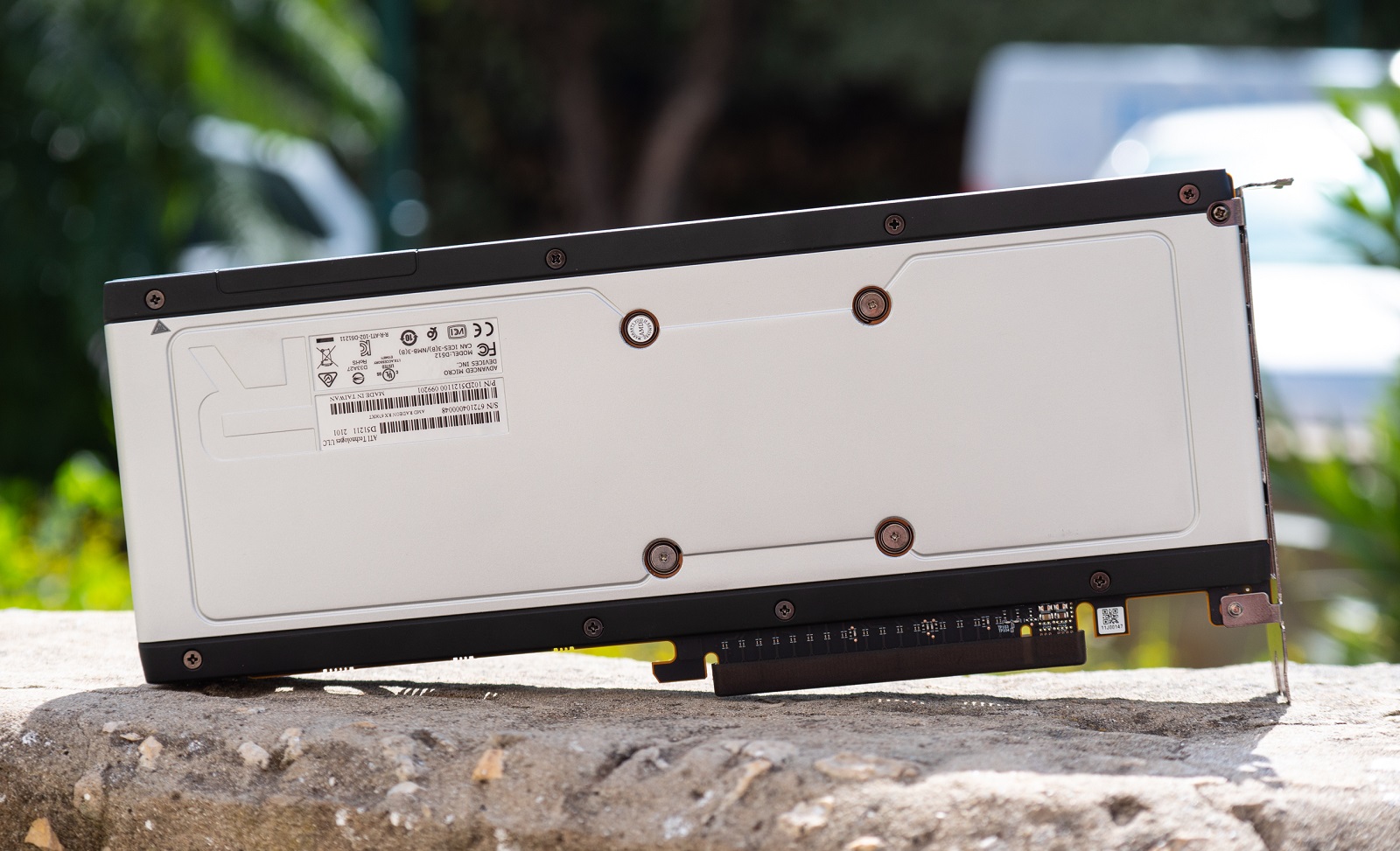 There is a back plate for this video card, its role is mainly aesthetic. AMD Retains a very special design with its default versions. 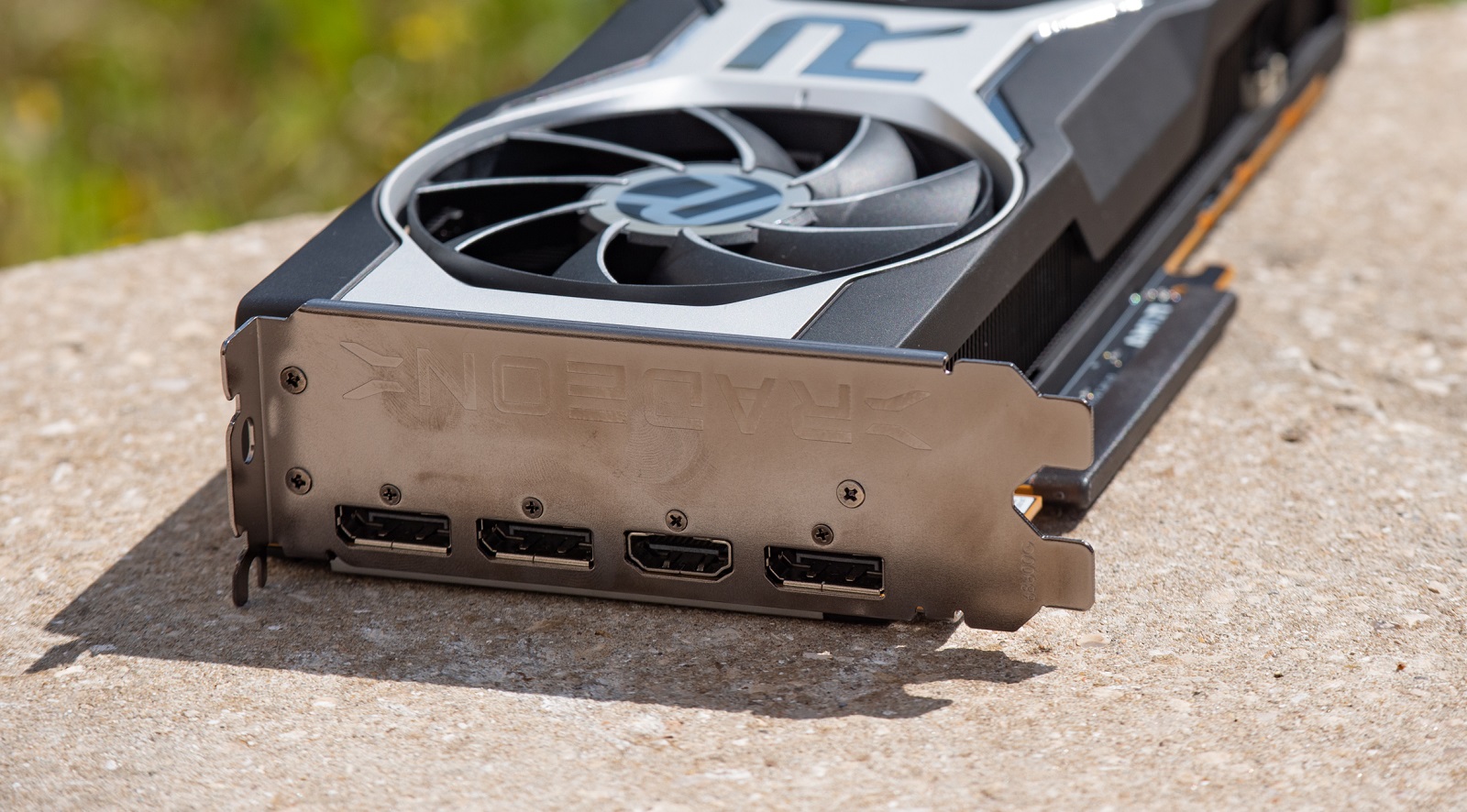 The display interfaces of the RX 6700 XT are three of a kind DisplayPort 1.4 and one of a kind HDMI 2.1. Due to the improved capabilities of HDMI 2.1, it would be nice to at least see a balance of two and two. 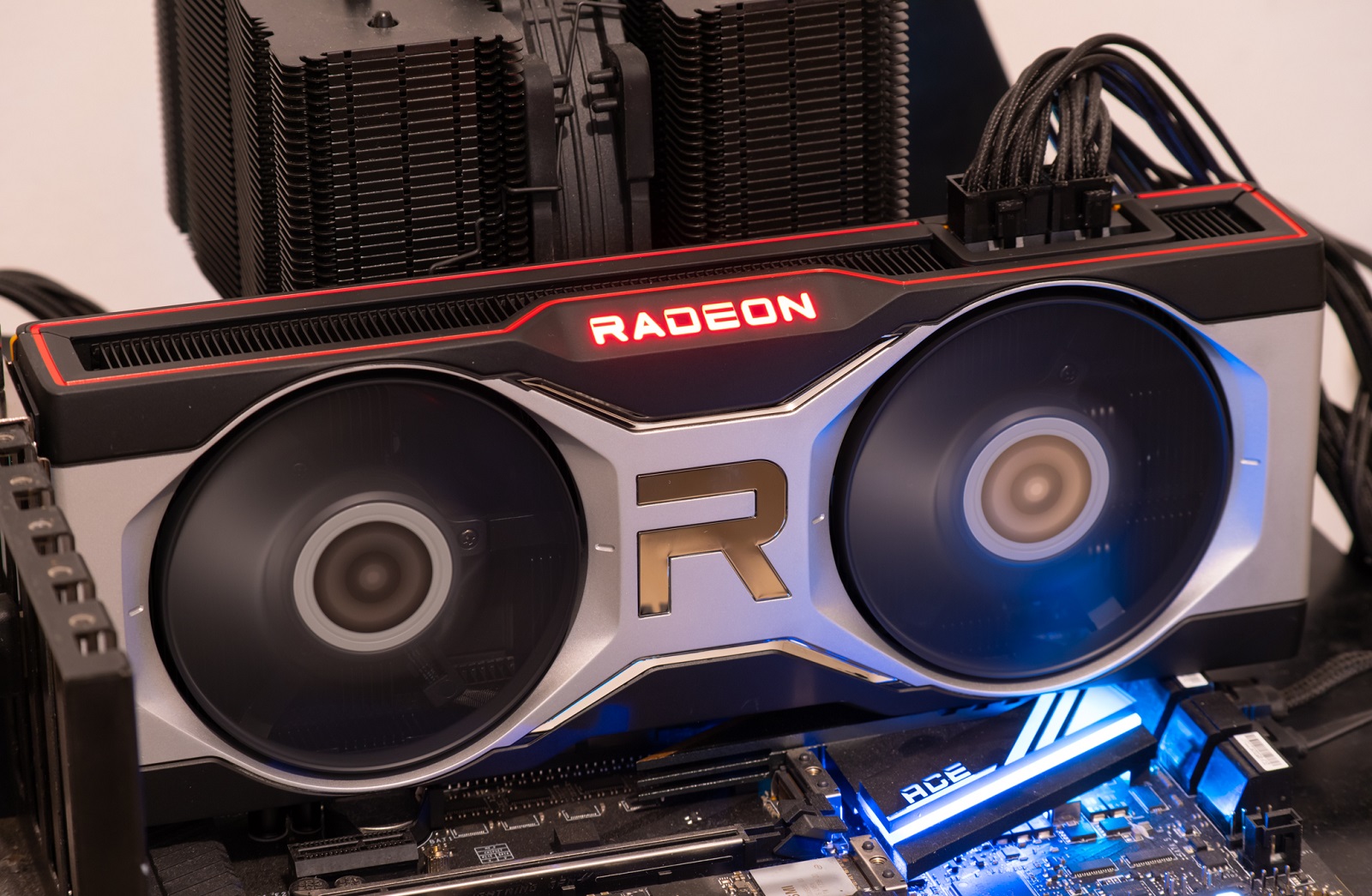 This video card also gets a logo Radeon Illuminated that can be seen both when the video card is installed vertically and horizontally inside a case.

It's time for performance tests.