Review of the Radeon RX 6900 XT in review - the fastest video card in the world has arrived?

Today, a particularly advanced video card is officially released to the world - Radeon RX 6900 XT, claiming the performance crown of the entire gaming card world. Does it have a chance to embarrass NVIDIA? We took it for an exam to provide you with answers

The world of video cards knows no rest, as we skip from one launch to another, and from one manufacturer to one manufacturer. Today is the official day that the world's most advanced video card is released AMD For Gaming - TheRadeon RX 6900 XT.

This video card is actually claiming to crown the fastest graphics performance today, when AMD Puts it in front of the formidable GeForce RTX 3090 in graphics capabilities. the mother AMD Are you up to the task? Performance tests later will tell, but first of all of course a little technical background. 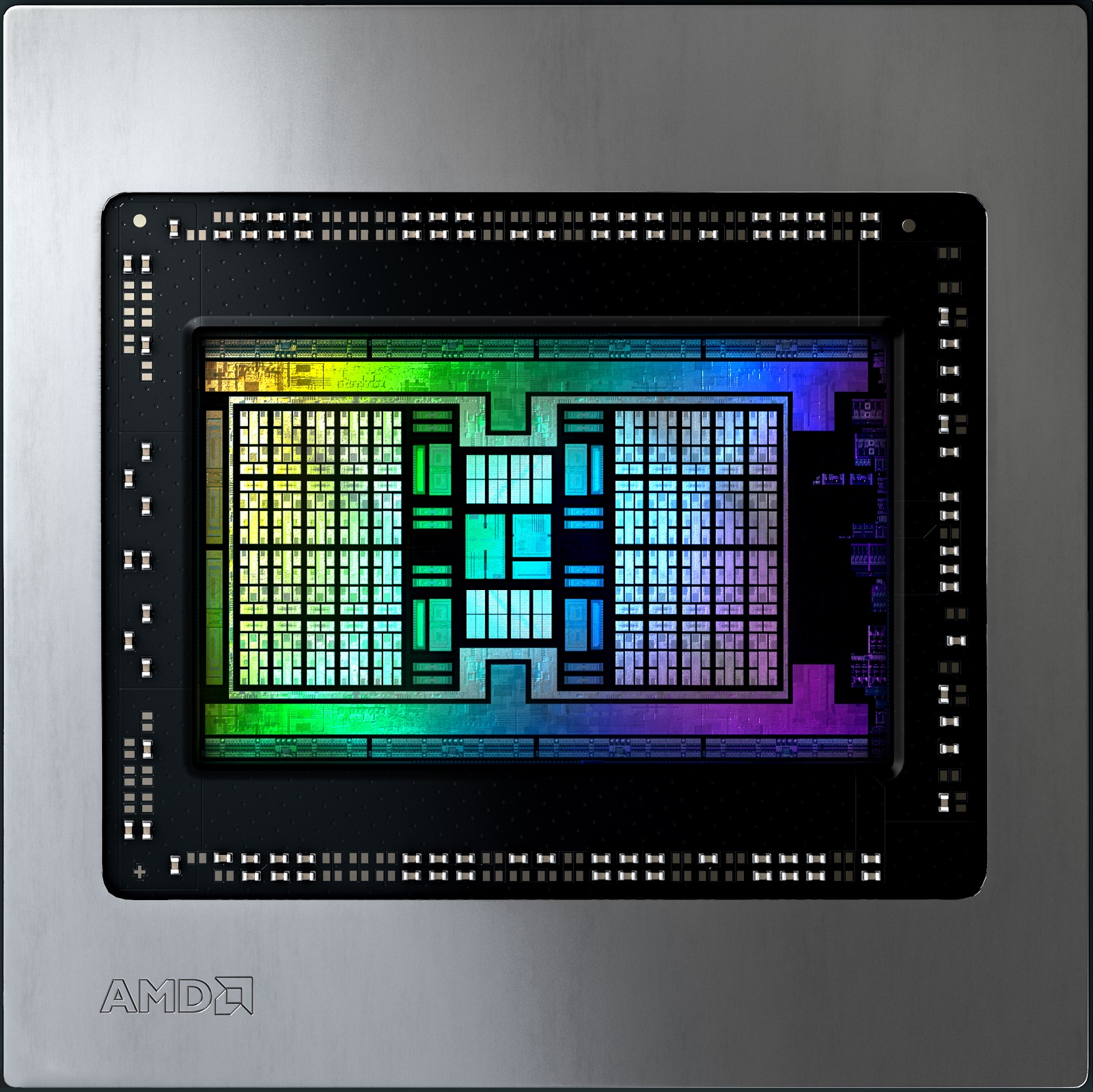 This graphic core is the powerful engine in it AMD Uses her advanced video cards today. This is a core with a fairly large area of ​​520 millimeters-square produced in the advanced 7-nanometer process of TSMC. The architecture that sits within this silicon chip is such that AMD Engineering for the "next generation of graphics", which not only drives the new graphics cards, but also the graphics cores on the PlayStation 5 andXbox Series X News.

RDNA2 is the name of the architecture, and it is made up of 26.8 billion transistors as shown in its advanced video cards from the RX 6800 and RX 6900 series. The same composition is called ships 21, when the smaller compositions of the kernel are later expected to have other code names.

Most of the mantras we saw When launching the Radeon RX 6800 XT are back here. 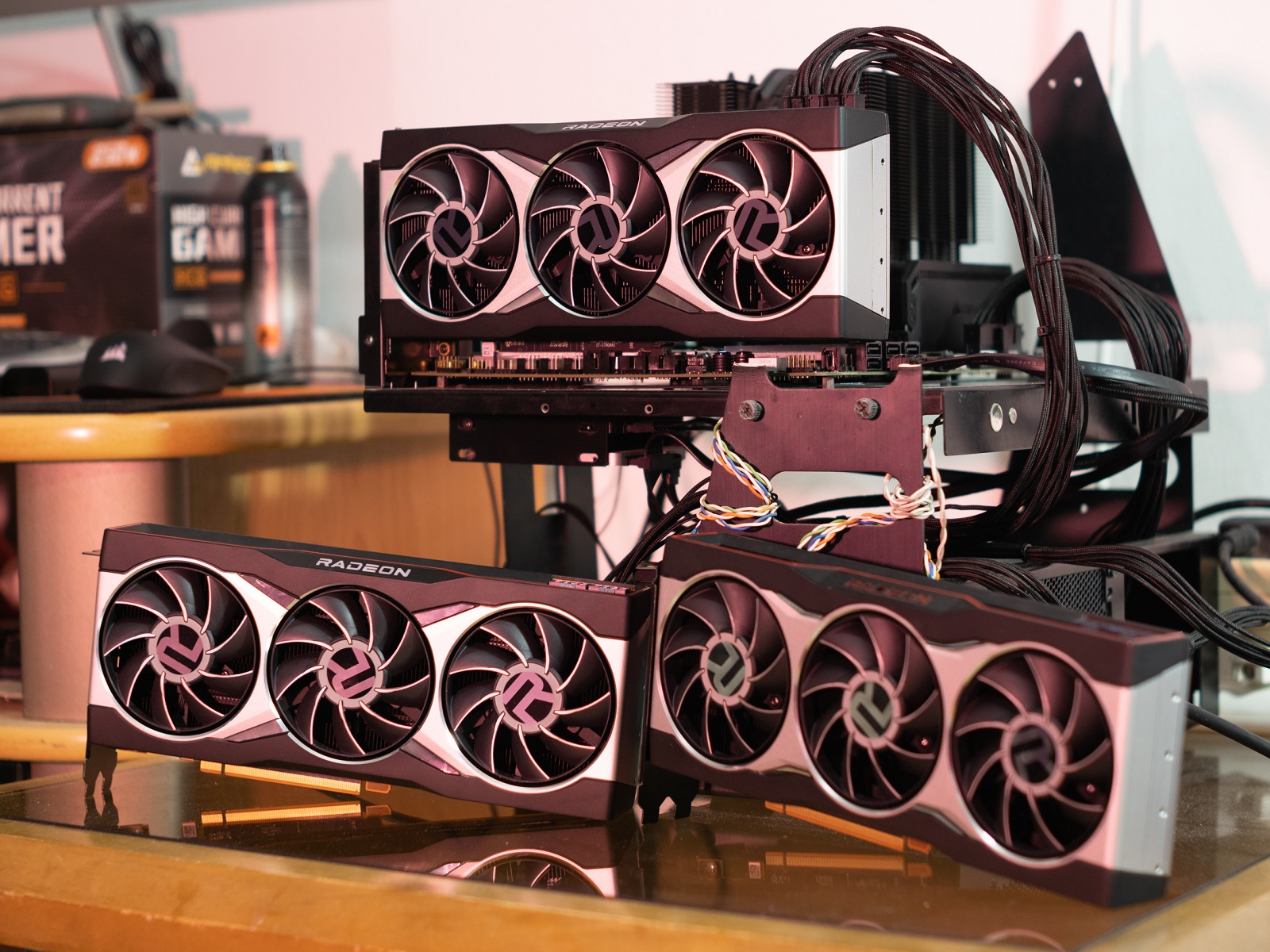 Just like its little brother, the Radeon RX 6900 XT contains 16GB of GDDR6 graphics memory. The memory controller in the card is only 256BIT bandwidth, but this is possible thanks to a huge amount of cache memory at the third level in the graphics core itself, 128MB. This technology is called AMD Named Infinity Cache.

The actual technical differences between the cards Radeon The RX 6000 launched so far is that the amount of graphics core group differs between these cards. The complete NAVI 21 core contains 80 graphics processing groups and this is the configuration that exists inRadeon RX 6900 XT. The RX 6800 XT gets the same core with 72 sets, and the RX 6800 gets it with 60 "only".

Creating a perfect core in an advanced manufacturing process and of such a size requires investment, and this is reflected in the price. AMD's Radeon RX 6900 XT comes at an initial launch price that is an all-time record for the red brand, $ 999. The goal - to compete with GeForce RTX 3090's NVIDIA And do so at a price tag of $ 500 less. 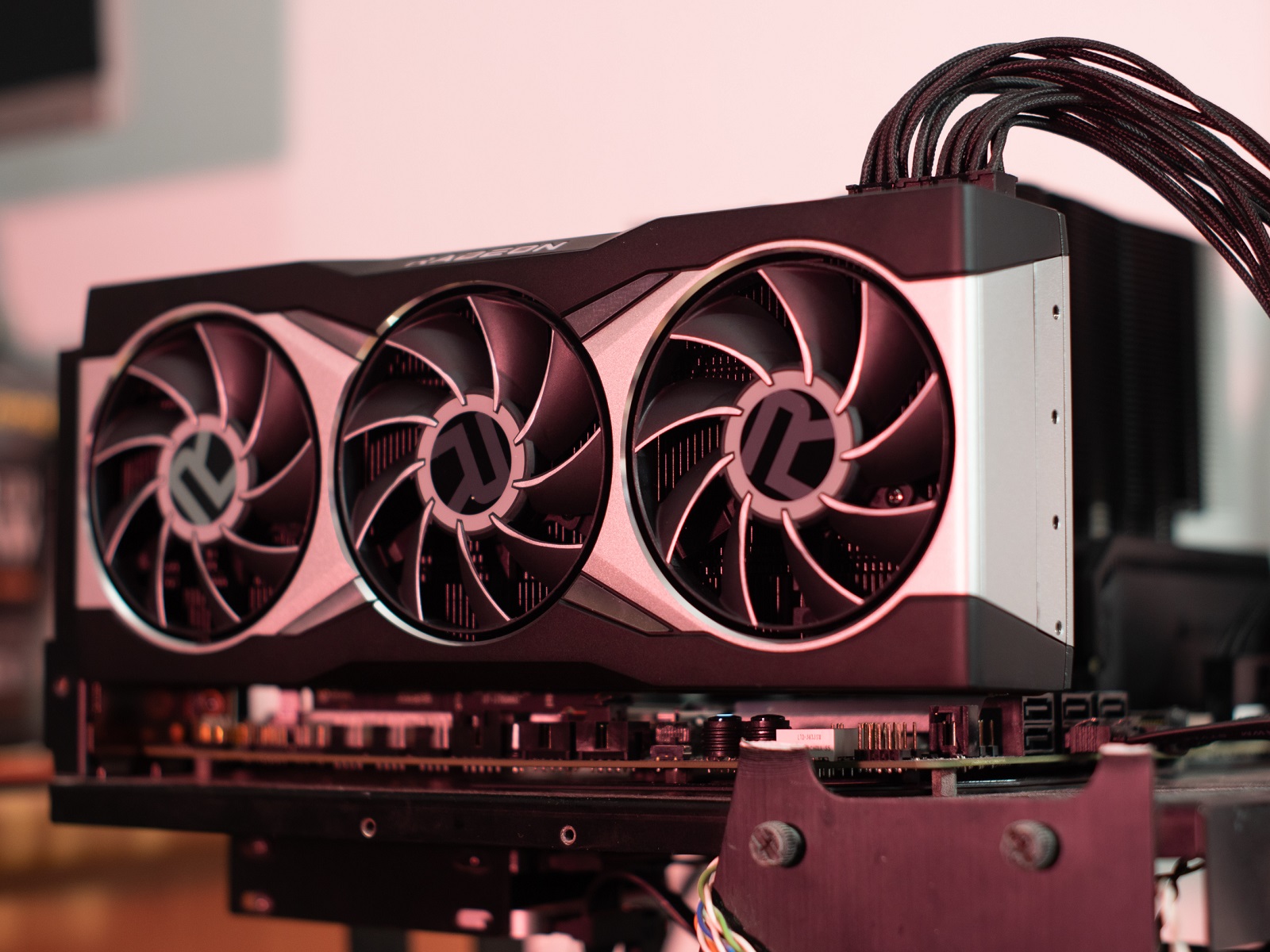 Default design of AMD This video card is exactly the same as the one she made for the RX 6800 XT video card. This is the exact same card visually. The video card is 26.7 inches long, 12 inches high and 2.5 inches thick on the motherboard, or 5 inches.

The heat envelope of the RX 6900 XT remains at 300 W, just like that of the RX 6800 XT. The reason for this according to AMD Is that due to better silicone quality, in fact selected silicone, you can stay in the same heat shell and produce even more performance. 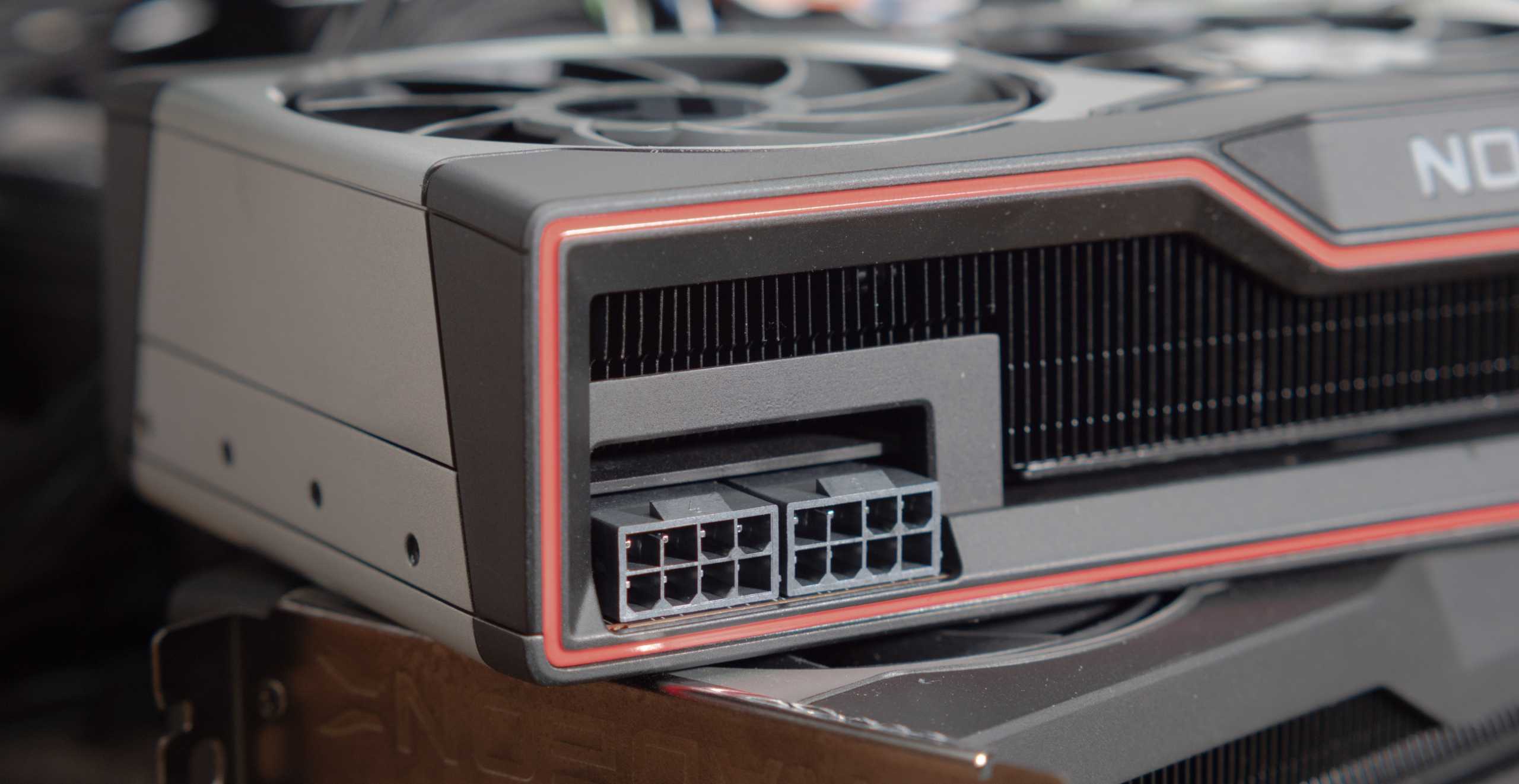 Just like in the RX 6800 XT, here too the required power connections are of the 8PIN type and there are two such. Many of the high-quality power supplies of recent years with a declared power of 650W or more contain this pair. 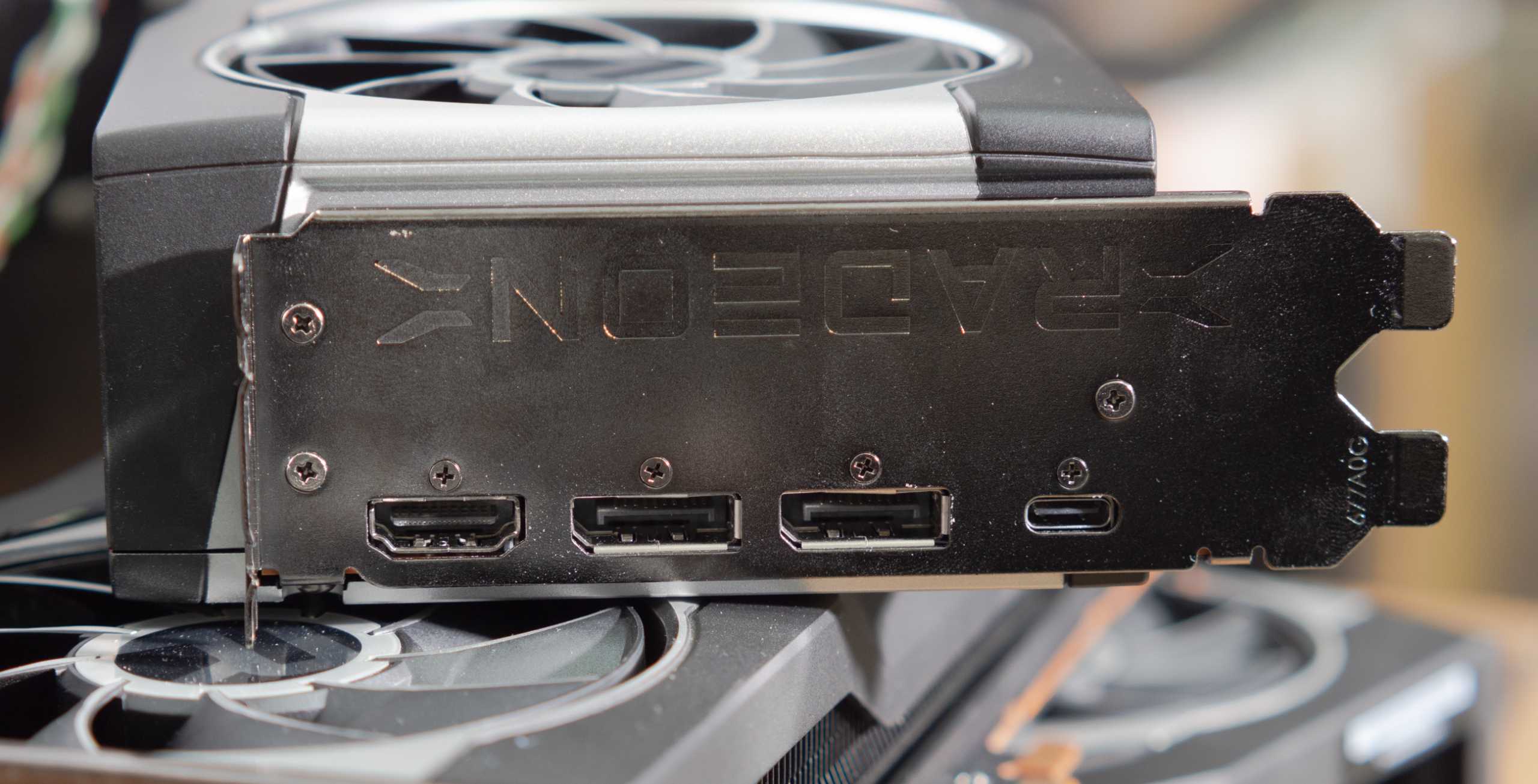 The display interfaces are the same as the other models. One of the type HDMI 2.1, two of the type DisplayPort 1.4 and one of a kind USB Type-C designed for binoculars Virtual Reality.

In the profile, the video card dissipates the heat of the heat sink through two openings. One towards the motherboard and the other towards the chassis door. A basic rule with this type of cooling is that the airflow in the case must be healthy in order to eliminate the heat efficiently, since it does not exit through the display interface area.

Without expanding too much on words, we will move on to the performance tests.