AMD launches discounted video cards for the modern gamer - does theRadeon RX 5500 XT is a worthy replacement for popular series from the past? The answers inside

AMD today officially launches a new set of consumer video cards in the form of shelf products. Already concerned with the market share that is interested in gaming at resolutions higher than FullHD 1920 × 1080 with the series Radeon Advanced RX 5700, coming out series Radeon RX 5500 to the world air.

Specifically, this is a model named Radeon RX 5500 XT is designed for gamers who want good graphics quality especially at FullHD 1920 × 1080 resolution, which is still widely used by users. Like the latest video card series, this too is based on the 7 nm manufacturing process in the factory TSMC The Taiwanese. 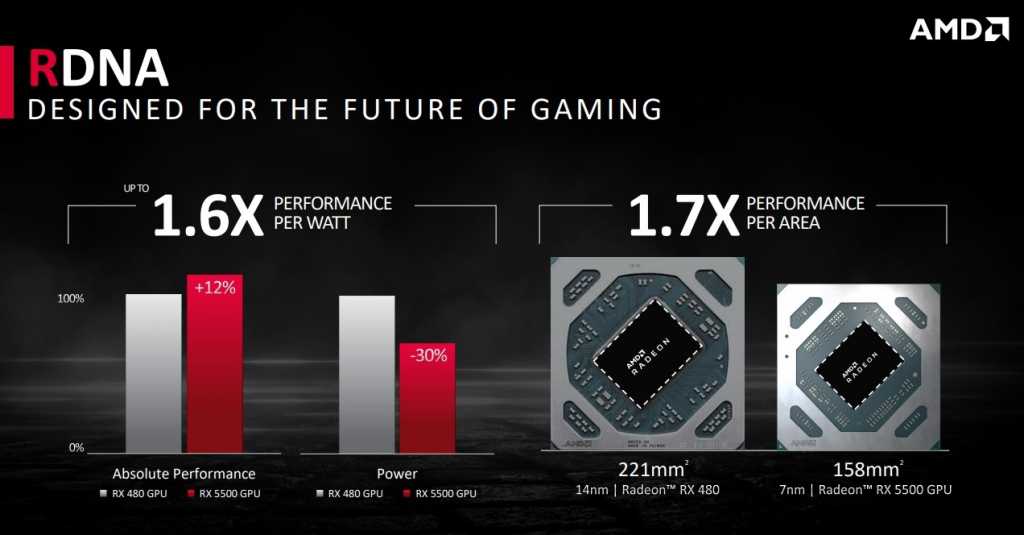 The new graphical core is based on an architecture called RDNA's AMD. This is an improved architecture for what we have known so far in past products in this category. B-AMD Claim that even with the use of a significant physical core, you can get higher performance than those of RX 480, one of the iconic video cards of AMD For the past three years. 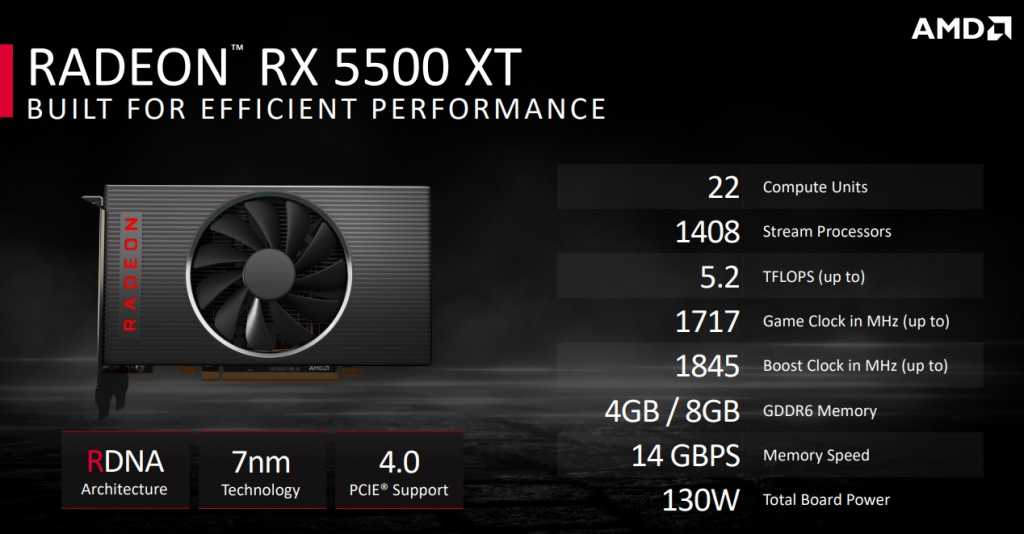 Memory type is GDDR6 at 14Gb per second. AMD Decided to create two versions of the RX 5500 XT with one containing only 4GB of זיכרון And one contains 8GB, as it decided to do in the 500 RX series with different models.

Afropop, such a launch comes mainly as a refresher for products such as the Radeon RX 580 and RX 590, video cards that control the side of AMD In the very popular price category between 150 and 250 dollars. Some would argue that this is the most important price category, as it is the major market share of Gamers Do your own for both brand computers and the market. 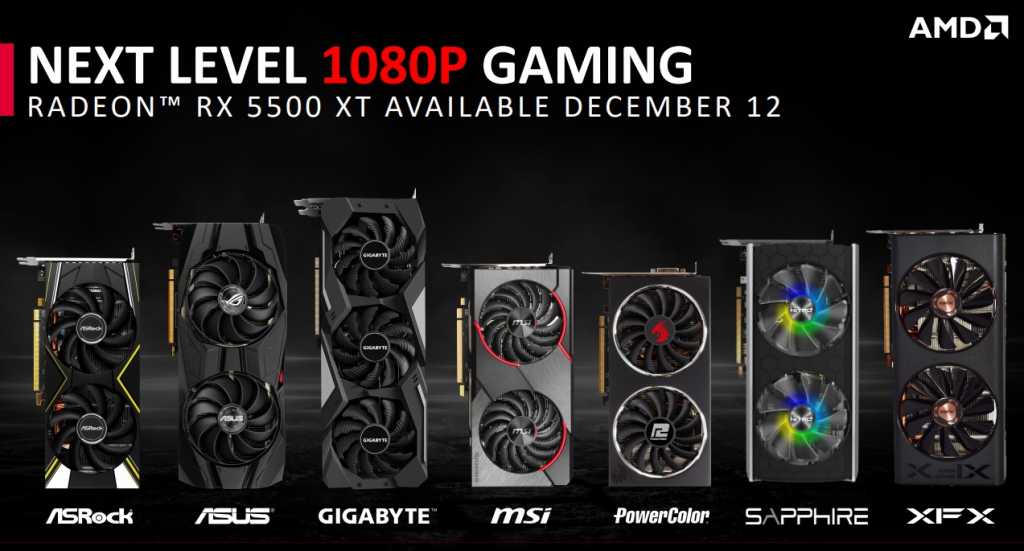 Today the pair of cards is officiallyRadeon RX 5500 XT becomes available from a variety of Radeon manufacturers:

On such and other premium versions productive capabilities Radeon Make ten bucks, twenty bucks or sometimes even more. For a reminder, theRadeon RX 580 8GB is currently being sold for $ 170-200 dollars, and Radeon RX 590 8GB can be found at 195-210 dollars. All prices quoted are of course before such and other taxes. 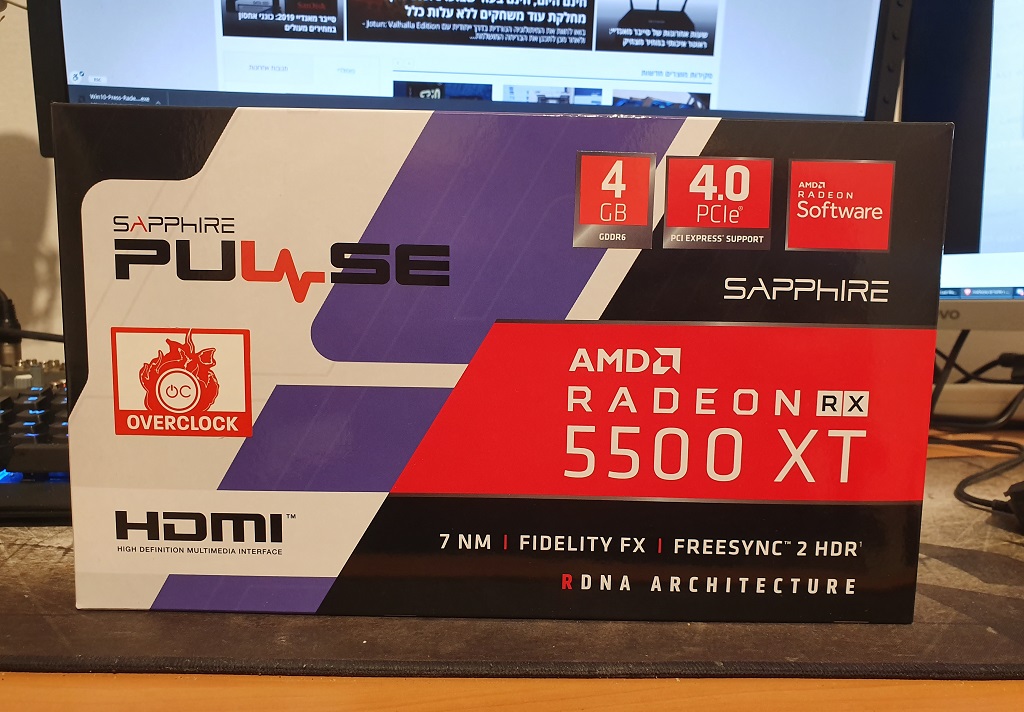 The 4GB version represented by the Pulse model is considered by many to be the leading manufacturer of a brand Radeon That's her Sapphire. 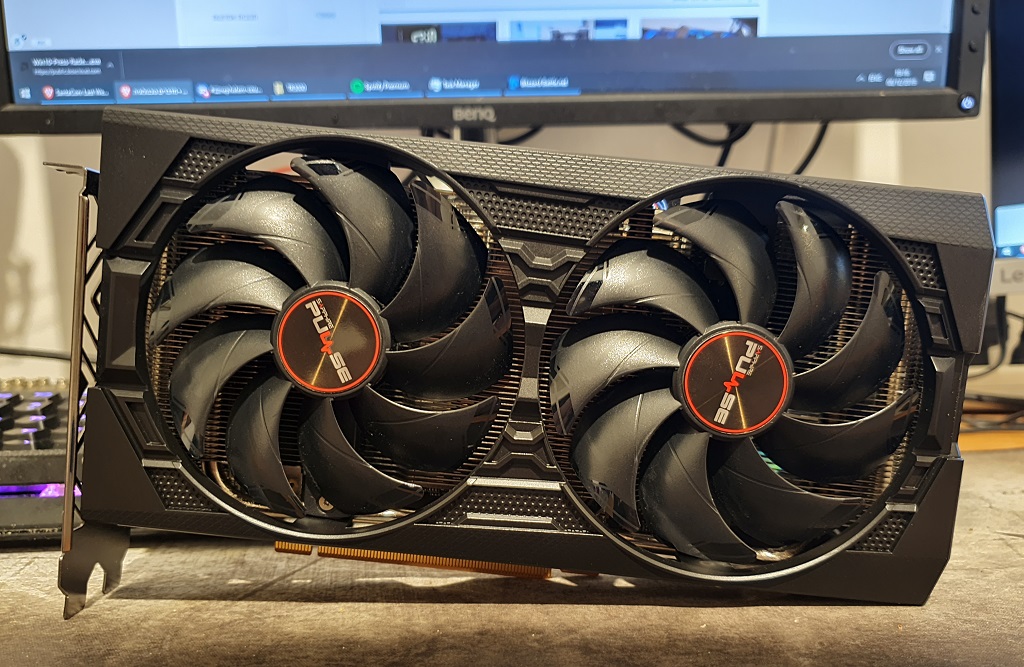 This version comes with Cooling The Pulse has two large, interchangeable fans with a diameter of 90 millimeters. 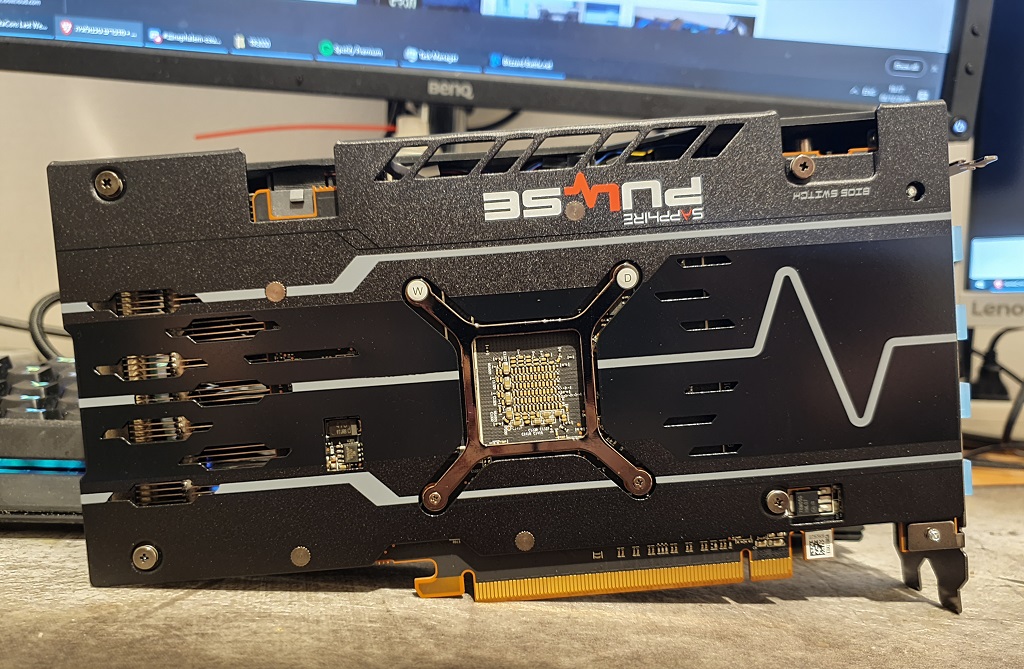 The back of the video card features a palette with the Pulse theme. 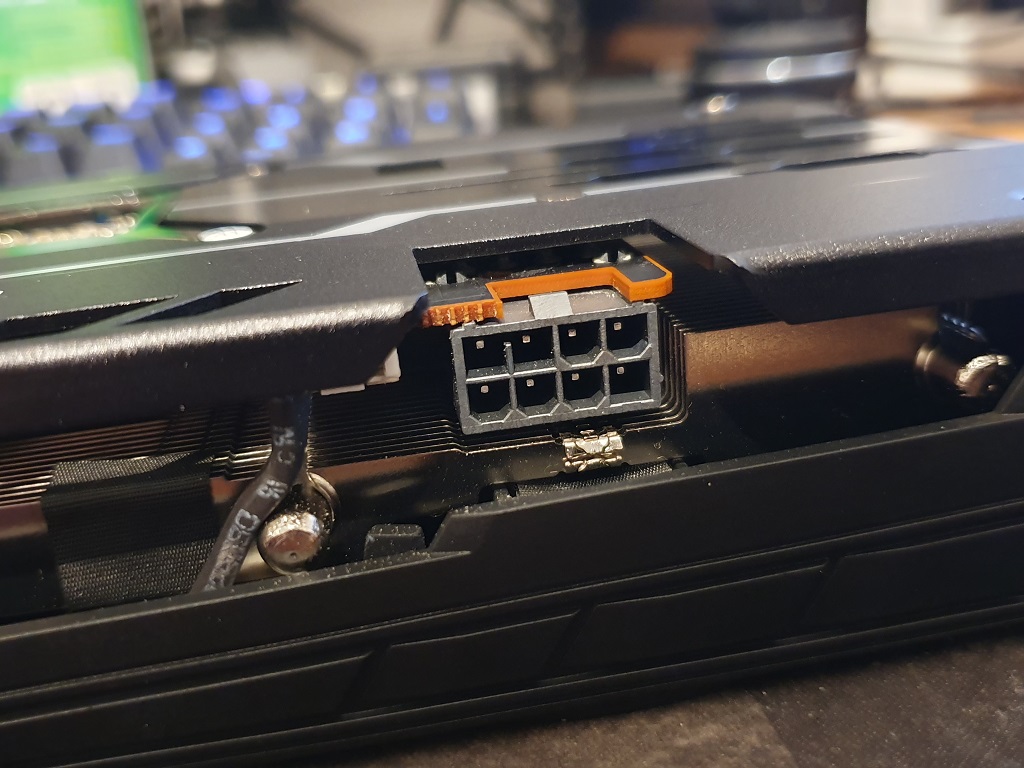 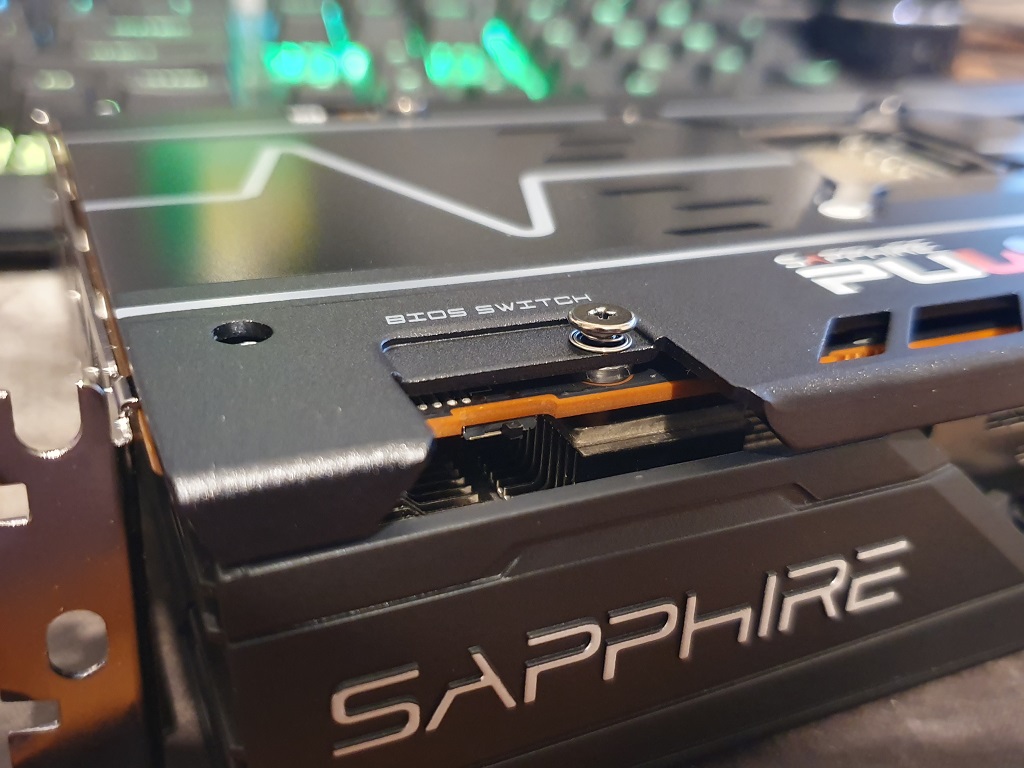 The power connector requirement is a single 8PIN type for this video card. It's important to note that its heat casing is set to 130W, with thePCI-Express Capable of providing 75W and this connection up to 125W. Generally good engineering is one that uses more power from the cable than from the bracket so as not to burden the motherboard resources.

This video card gets a surprise you can't always expect in such dual bios market products. A switch allows you to switch between bios that have continuous fan operation, and one where only when the core goes through 60 degrees Celsius the fans start to work. 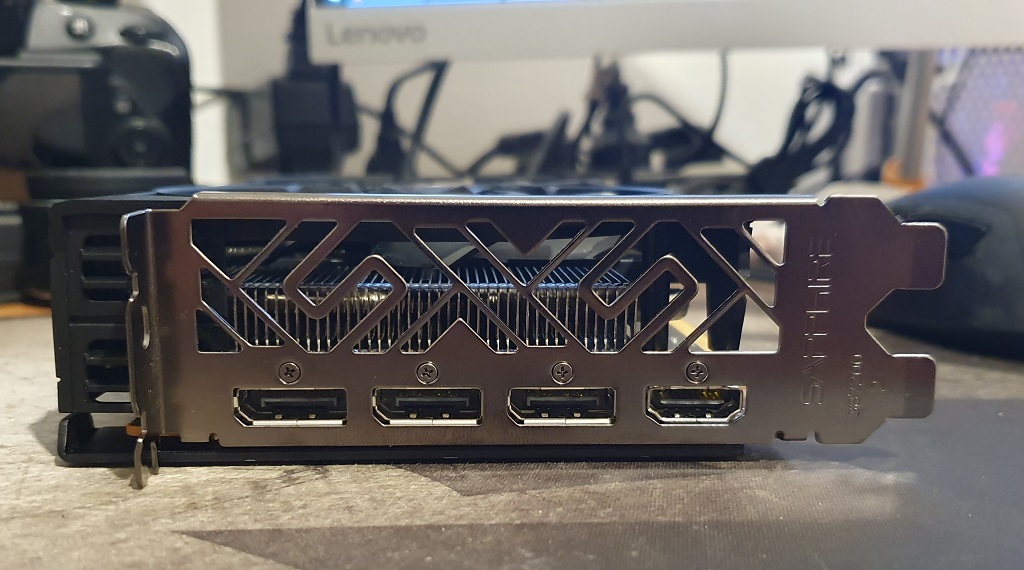 God-Radeon The RX 5500 XT has a standard display port that you will find in most models available. There is one HDMI port on the 2.0 standard and three ports DisplayPort 1.4. Monitors can be connected to all four of these ports simultaneously. 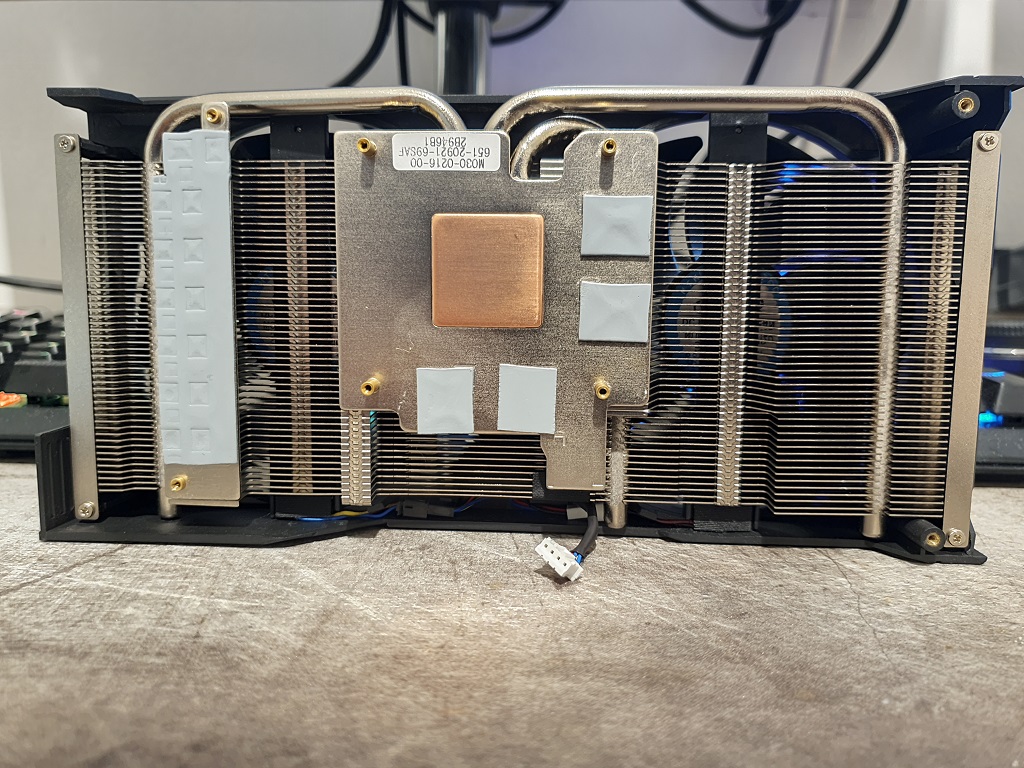 Due to the reduced power consumption relative toRadeon RX 5700, The RX 5500 XT is a relatively simple card to create with an ultra-short printed board and an inexpensive electrical system. The heat sink features a copper base that comes into direct contact with the core, and out of it are three nickel-plated 6-millimeter copper tubes. Graphic memory is cooled in a plate that wraps the core and the input voltage stabilization components (12V from the cable and the PCI-E to voltage interface) Core Typical of about 1.0V) are cooled by another aluminum plate that comes in contact with the fans.

Cooling is easy to disassemble and maintaining this video card in the future gets me maximum accessibility score. Sapphire Well-known for maintenance-friendly design. 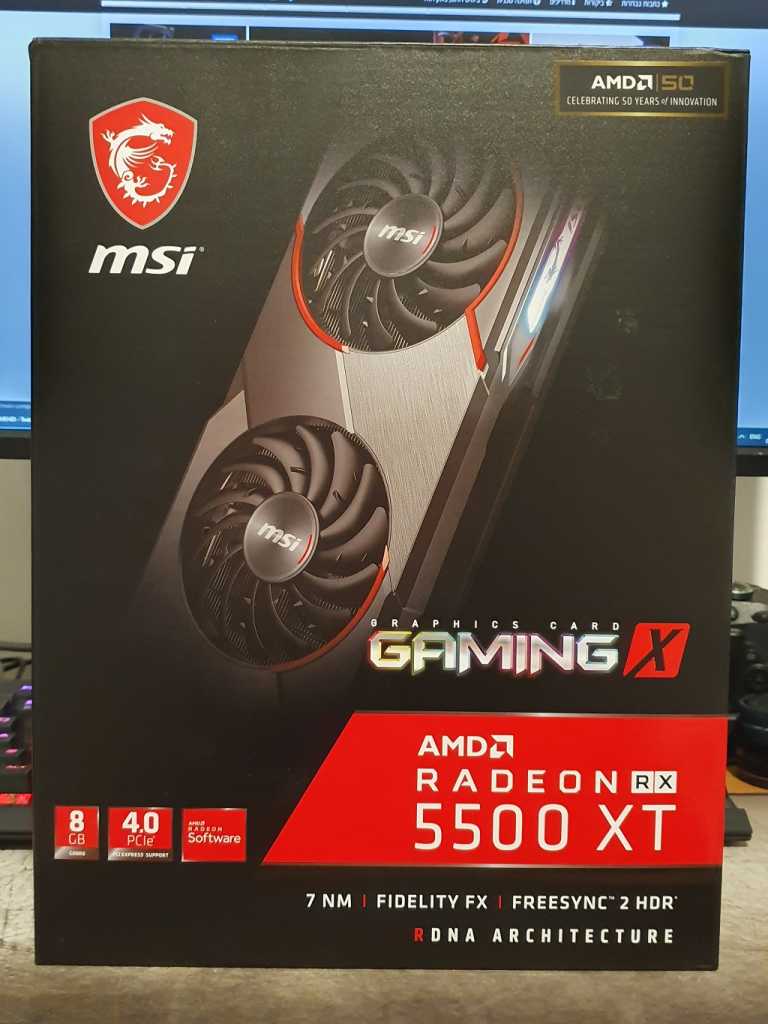 The 8GB model of Radeon RX 5500 XT stands forGaming X of MSI Which is considered one of the most advanced models in hardware manufacturer branding. 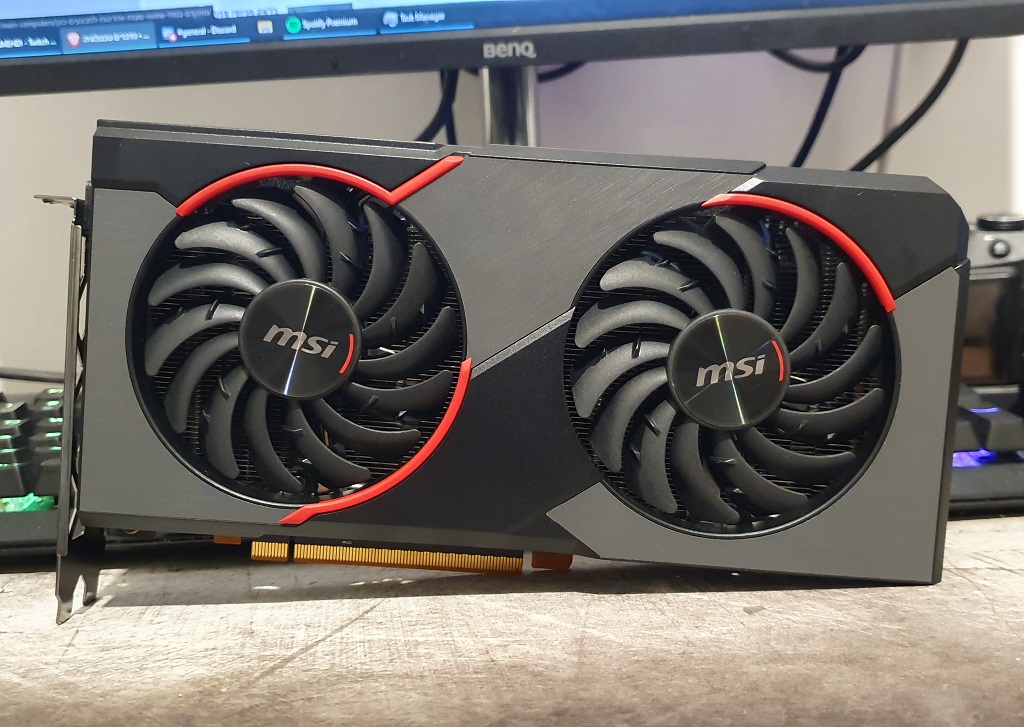 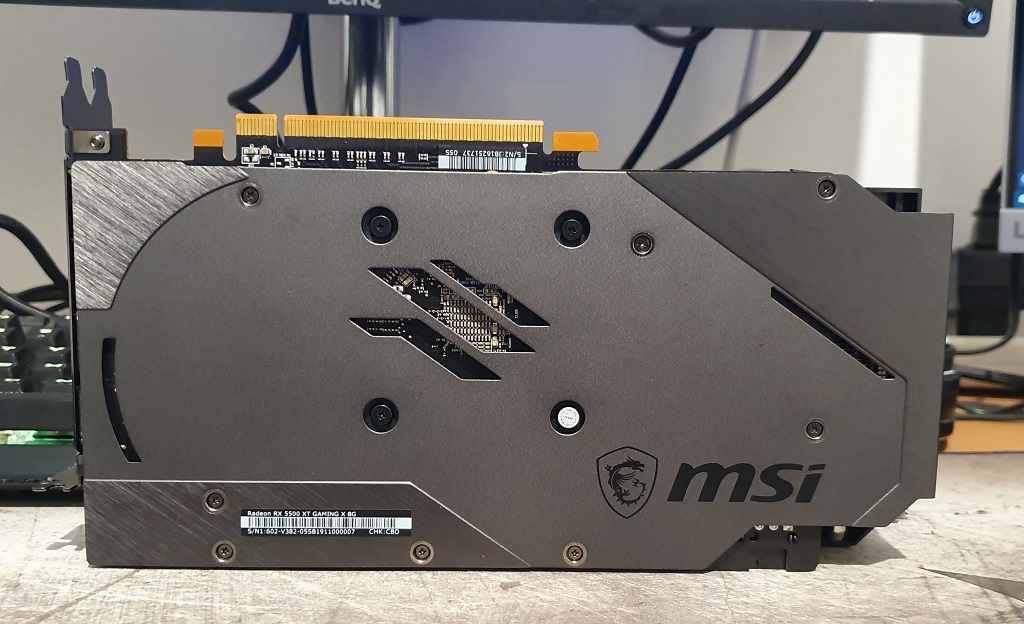 Aesthetically, I really like this theme of MSI And consider it a clean one among the various gamer brands. This video card has a fairly thick back plate made of textured aluminum. 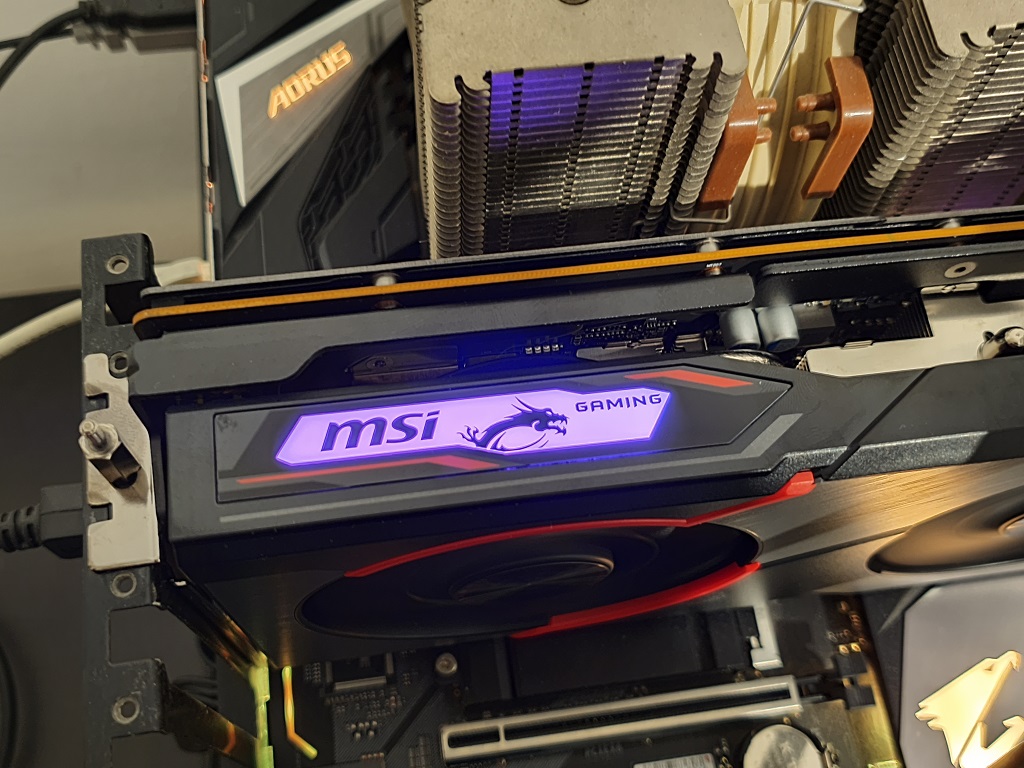 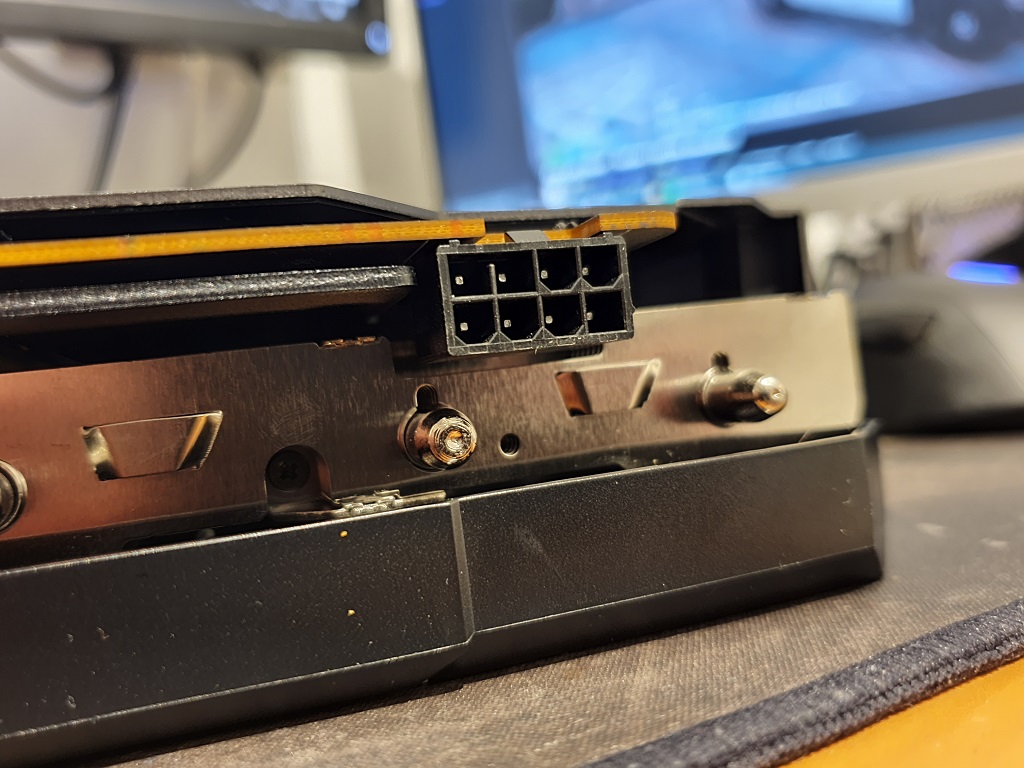 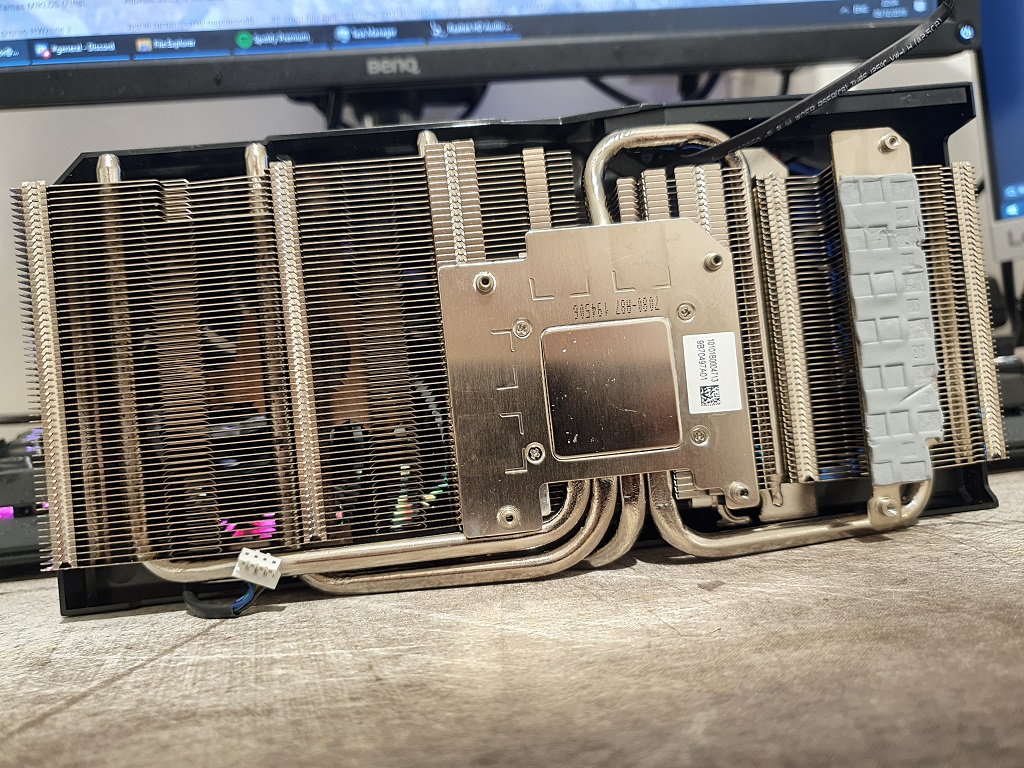 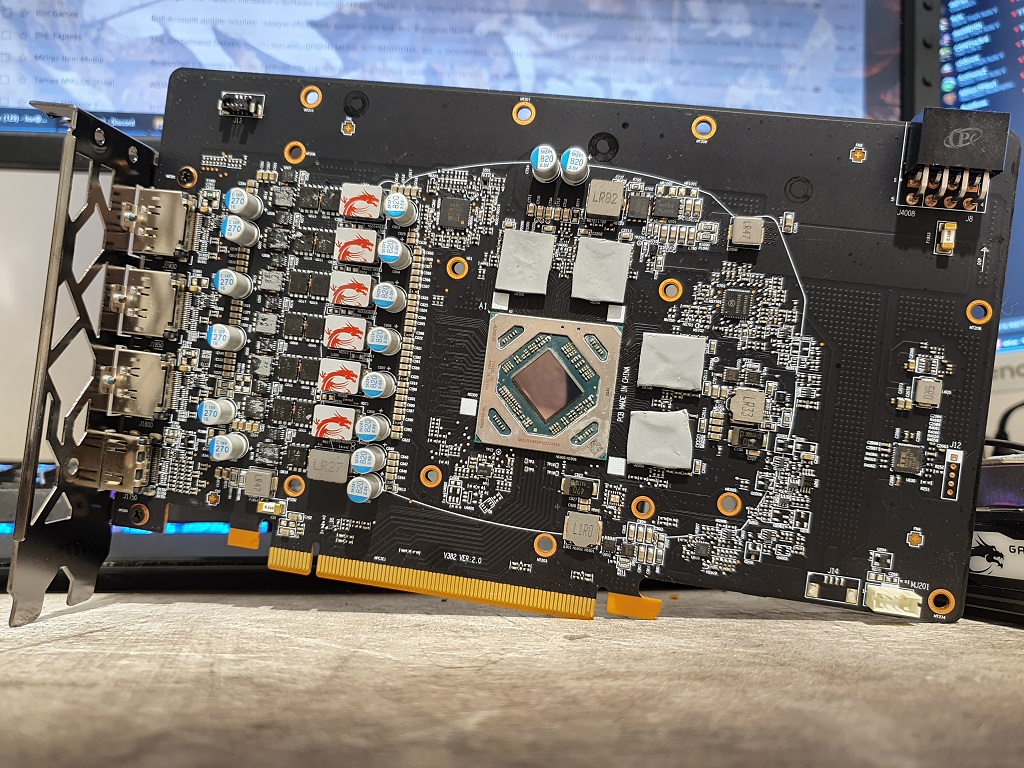 God-Gaming MSI X is a specially designed printed circuit board that does not use a standard design. The power supply system uses most stages and is of slightly higher quality than theSapphire Pulse.

For the first time I came across a video card that contains chips זיכרון GDDR6 in dual compression. For MSI RX 5500 XT זיכרון In 8GB volume but it comes in only four chips. Dual-volume chips (16Gb or 2GB) are a relatively new product in the memory market and an exciting upgrade that hints at the memory volumes seen in advanced and simple video cards for the 2020 year. These chips allow compact mounting of זיכרון Graphical 8GB-16GB volumes on only one side of a printed board. Two-sided printing cards will receive up to 32GB.

It's time to go through the performance tests and see how graphic cards These deal with old and new others alike.

Wait, there's more!
Join To the group of zon And you can receive exclusive updates on various offers on the net, share content that you find interesting, consult with members of the site, and more - Join now!
Tags
AMD ships Radeon
Share
Facebook Twitter LinkedIn WhatsApp Telegram