Interested in Radeon RX 5700 XT? Know the model you should check • HWzone

We took a look at theRadeon RX 5700 XT Gaming OC of Gigabyte, Who has already won numerous accolades, to see if there is any truth behind the warm recommendations

The video card scene has recently become more popular and hotter thanks to the revival of AMD's Radeon brand. After a long period with no competitive products, last year we saw the launch of a new series based on the advanced 7 nm process of the TSMC plant. This - to bring competition to the RTX series of NVIDIA That dominates the gaming market.

With its new, successful Radeon RX 5000 series AMD Picking market share back to her, of course alongside the dizzying and historical success of her Ryzen processors. As a result, computers that contain both a video card and a processor AMD Are becoming more common.

Among AMD's successful launches last summer, of course, the Radeon RX 5700 series is also there. The series was able to bring about competitive performance and fair prices, which forced you out after a few months NVIDIA Make moves that she usually doesn't do like lowering prices and refreshing models (Super, anyone?).

In this review we will look at a model Radeon Another RX 5700 XT, which finally made its way to us when we were expecting to test it due to some interesting features. 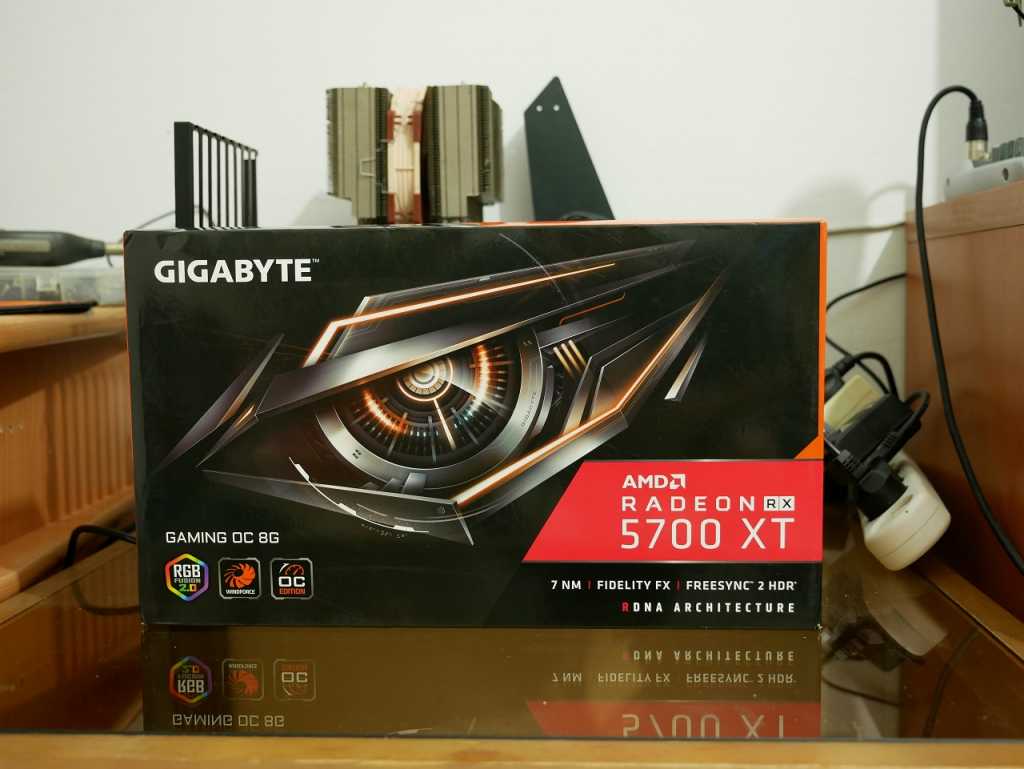 The Gaming OC is a model that contains a lightweight fast-moving factory and an advanced cooling solution for the recommended price of AMD, And you won't usually see this video card climbing $ 20 or more at this price, which makes it very desirable. 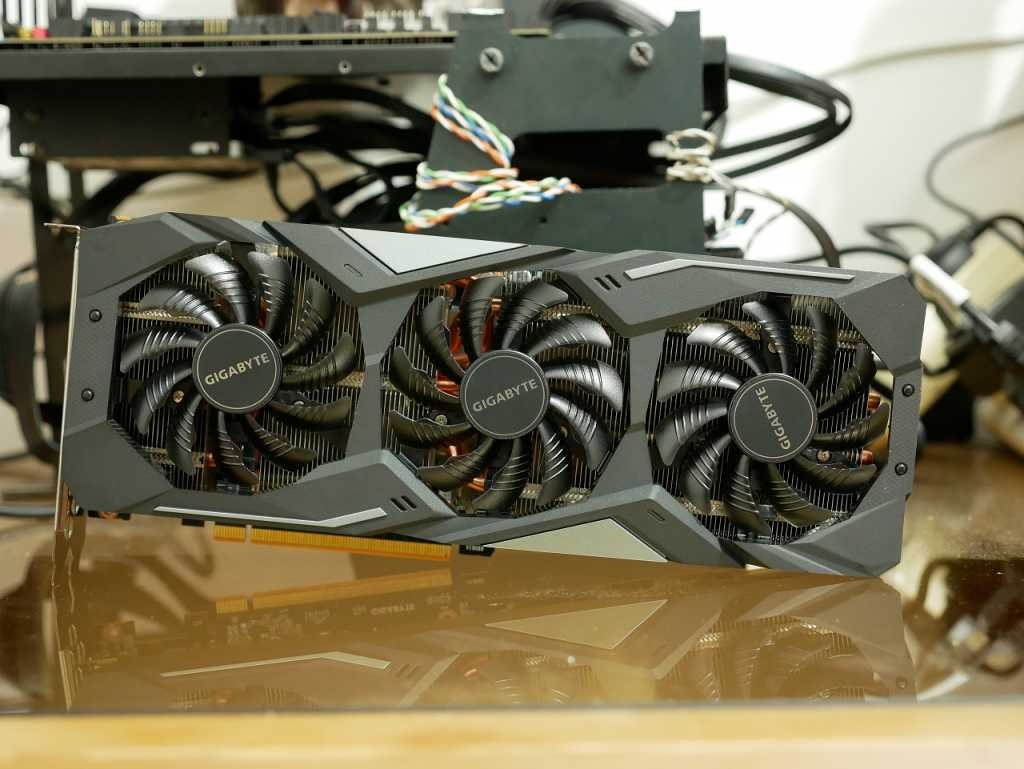 The Radeon RX 5700 XT is considered to be AMD's most advanced gaming video card today. It is primarily intended for gaming at resolutions higher than FullHD such as 2560 × 1440 or 3440 × 1440 for example. His direct competition today is Geforce RTX 2060 Super's NVIDIA At a similar price tag.

God-Gaming Gigabyte's OC comes with Cooling The iconic Windforce 3X, whose design has been accompanying video card space for many years. The cooling contains three fans on a fairly large metal body. The card length is 28 inches for those wondering, and may fit into most of the computer cases currently on the market. 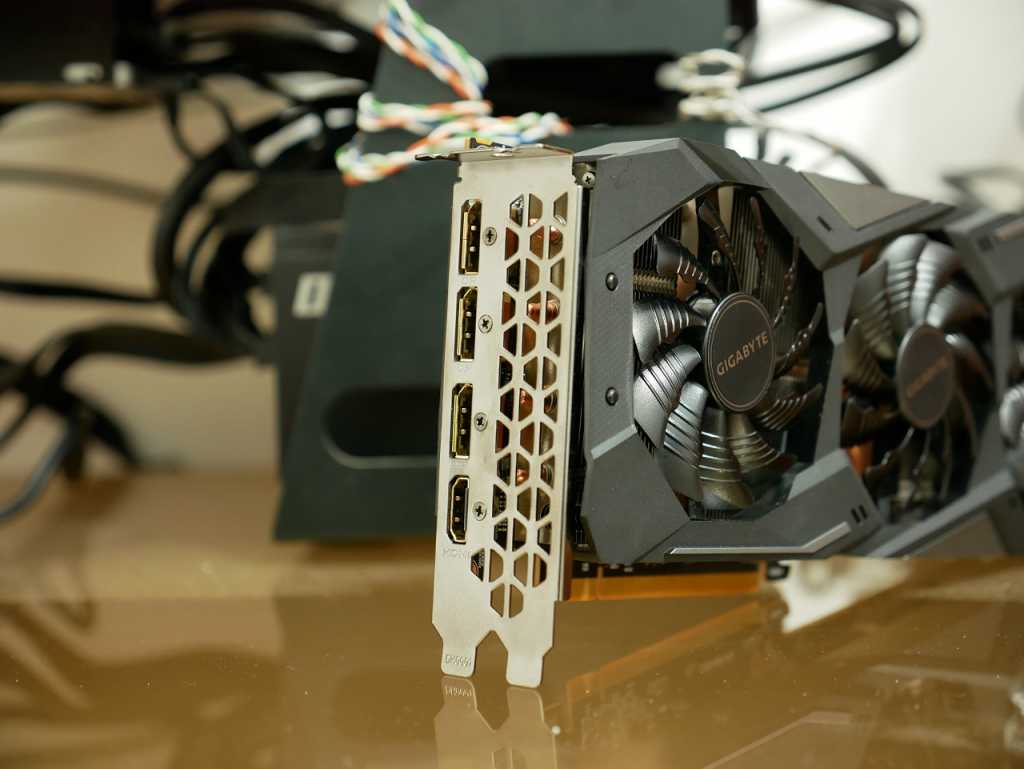 The card comes with three ports DisplayPort 1.4 and EXIT HDMI One 2.0b. All of these ports can be connected simultaneously. 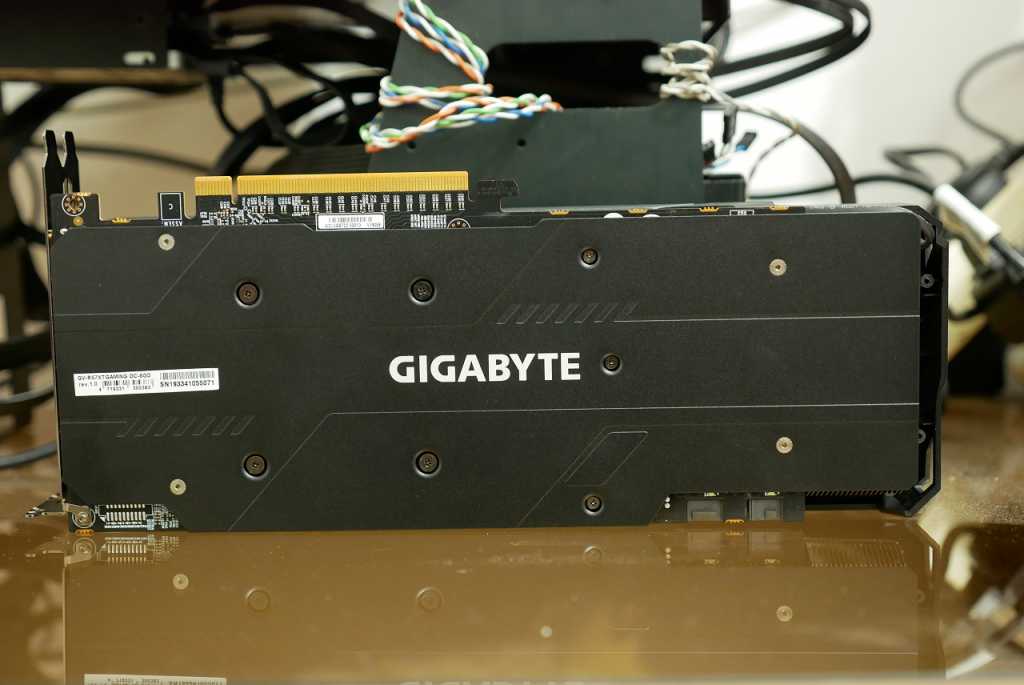 A backplate covers this video card, which is something I support, as it serves two important purposes - one is protecting the printed board from physical damage, the other is heat dissipating through thermal pads from memory chips. The RX 5700 XT contains 8GB of זיכרון GDDR6 type at 14Gbps. Package זיכרון This is one where heat is concentrated at the bottom of the package, so quite a bit of heat is actually produced on the back of the printed board. 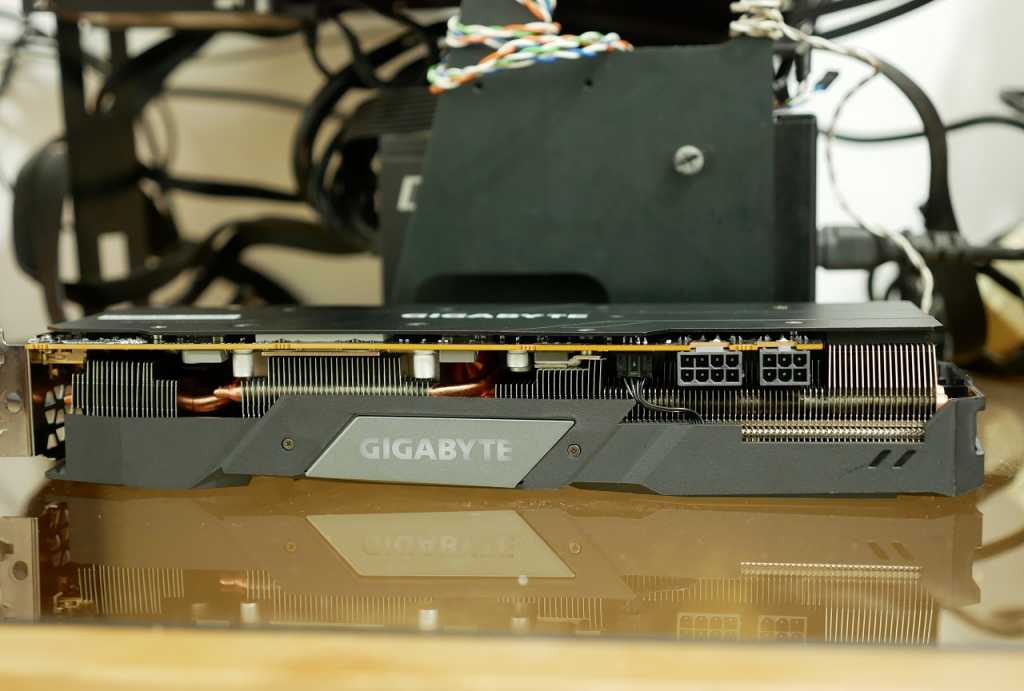 This video card features two 8PIN and 6 PIN power connectors that provide power to your computer. This video card's heat casing is set at 250W. On this occasion it is also worth mentioning that the thickness of the video card is 2 slots in a standard motherboard, but that one slot will be blocked if there is some connection there.

Performance Tests - Cooling of Gigabyte Is under test

Since this is the third video card of our kind we are looking at, we prefer to focus mainly on engineering of Gigabyte For this video card, you will find information on RX 5700 XT performance compared to our competition and the network across the lot at this time. 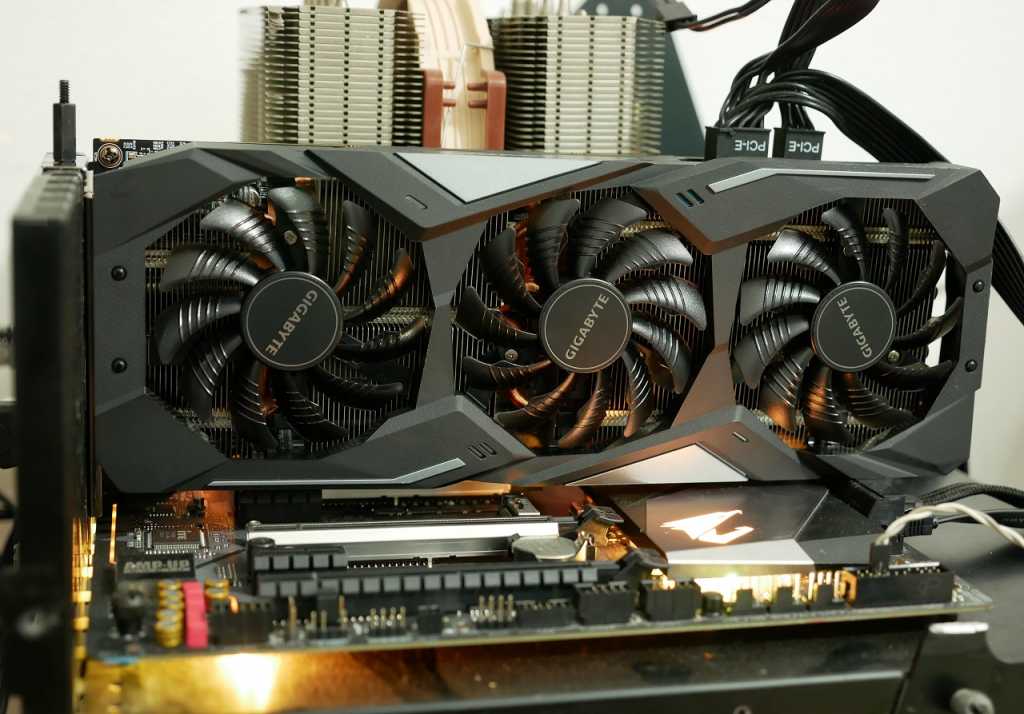 Compared to this model, we took performance metrics from two other RX 5700 XT models we have - one is the Sapphire Pulse and the other is the default model of AMD husband Cooling The blower. The goal is to see how efficient these heat sinks are in these three versions that dominate the $ 399-419 range of the RX 5700 XT.

Here you can get an idea of ​​the noise tone of the video card with effort and rest. Below temperature Core At 50 ° C, the fans stop working, and the video card becomes completely passive in cooling. In doing so, the noise level drops significantly and the fans are mechanically saved for future use and longevity. 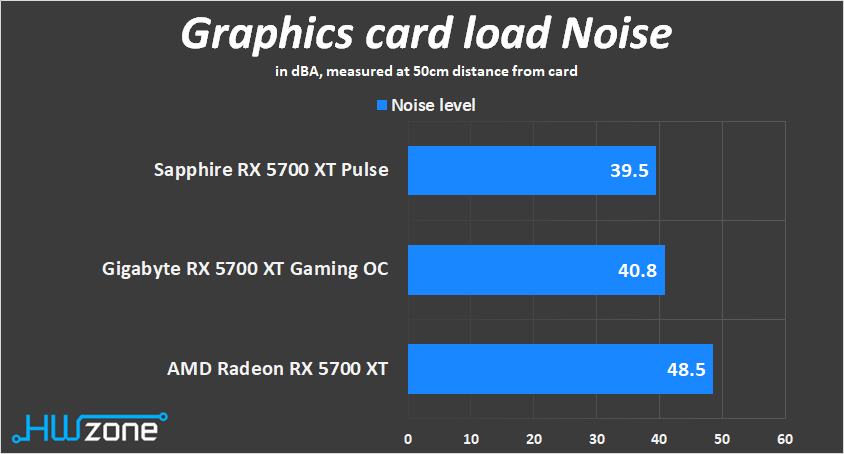 In a maximum graphic effort after about an hour of work, the noise level that the video card produces in the exam environment was measured. Not surprisingly, the default version with Blower Cooling AMD It is very noisy and is not recommended at all to the consumer. The Gigabyte graphics card reached a significant and slightly higher noise level than theSapphire Pulse. 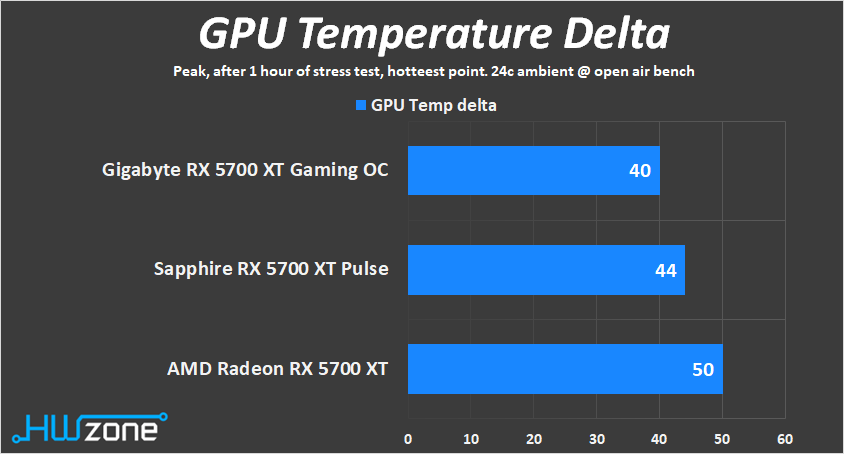 In this test, theGaming OC of Gigabyte Came out champion, with a difference of only 40 degrees Celsius. Although slightly noisier than the Pulse, the temperature-to-noise ratio is at least as good as it is, if not more. 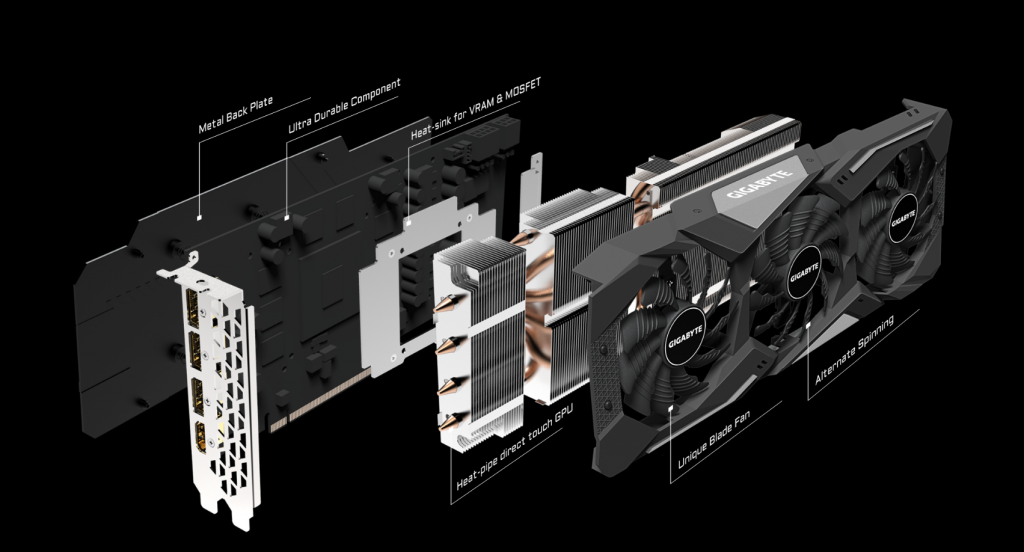 In any model of video card that contains the same Gigabyte Windforce 3X, it is important to check how effective it is since the devil is in the small details. Sometimes video cards that look the same and have the same Cooling Can vary greatly in cooling and noise levels. Therefore, it is important to rely on tests Performence And tests specific to one model or another rather than relying on a completely different video card.

In this case - I'm happy to announce that Gigabyte has done an outstanding job with the Gaming OC. This is exactly the kind of video card I hoped to launch when the RX 5700 XT came out into the world, and it's something that not only contributes to the user experience, but also toAMD With a cheap and competitive supply of models.

We often go out to meet theGaming OC as the cheapest model available for the RX 5700 XT, which only makes it even more lucrative and sometimes raises the question "So why pay more?" 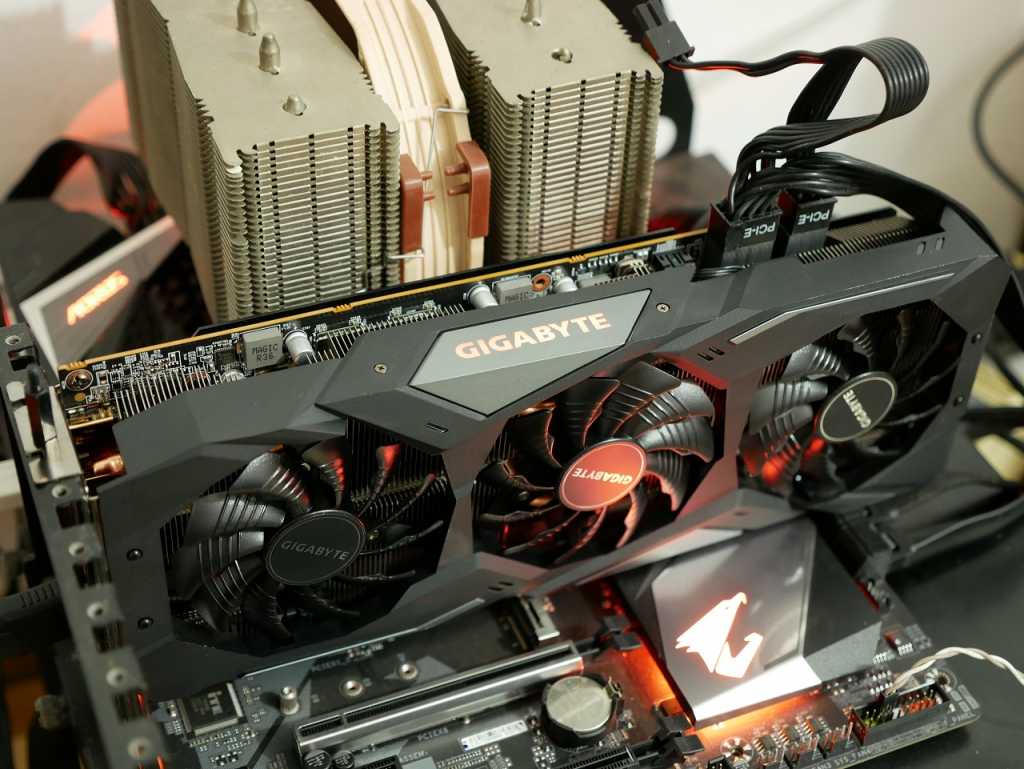 As the title says - if there are no significant discounts for other models, and you are looking Radeon RX 5700 XT for yourself, theGaming OC is a worthy candidate, and probably the model you would prefer to buy given the quality of the cooling. The price is fantastic, the engineering good, and there is little left to recommend this model.

All new MSI motherboards from the Z490 series in one place

All new MSI motherboards from the Z490 series in one place