The Chinese manufacturer, which has so far dealt with smartphones and tablets, made its next big leap with a tablet Windows 10 - like surface Pro feather weight

In a fairly accurate report that came a few days before the launch of the MWC 2016 show - rising Chinese manufacturer Huawei, which last year ranked third in the smartphone market, Has introduced its MateBook tablet Which runs Windows 10, and its first entry into the PC category.

The new model, like the vast majority of window-based tablets launched in the past year, is trying to be like the successful Surface Pro models Microsoft Office - There's nothing else to show here. The device itself contains all the hardware and will be marketed separately, with a cover next to it which is also a keyboard (making the device a laptop-type) and a touch pen, each at an additional cost.

From the outside, Huawei's expertise in Android-based tablets and smartphones seems to be giving off - and has helped it create one of the most compact window devices ever, with only 6.9 millimeters thickness and 640 gram weight, data that actually sounds like a fantasy system of Intel And an 12-inch screen, and manage to align with the impressive iPad (which offers a large 0.9-inch screen, worth noting).

However, inside the situation may be a bit disappointing - Unlike Microsoft's "Original" Surface Pro 4 Which made use of thecore i The skylake section, the thinner, forced Huawei to choose the "core m of the Skylake generation, who still suffer from the bad taste left by their previous (and former) generation. Along with the processors, which will be available in versions core m3, core m5 andcore m7, you can also find memory RAM 4GB or 8GB, and volume storage Based on XXUMXGB, 2GB or 256GB flash chips.

The screen is as large as 12 inches, with an 3 aspect ratio: 2 (again, as with Microsoft) and 2,160 × 1,440 pixels resolution, as well as an 33.4 watt-hour battery that can provide up to nine hours of work At a rapid rate of up to 60 percent in just an hour, and fully within about two and a half hours. There's also a built-in fingerprint scanner, a front-facing 5 camera, a pair of speakers, and a connection USB One single type-C used for both charging and data transfer.

Another slight disappointment comes from the Matebook's keyboard cover, which does offer 1.5 millimeters of button movement, fluid resistance and backlight, but also replaces the comfortable Surface Pro rear leg with a triple folding of the cover itself that functions as the tablet's holder When plugged in - which looks a lot less versatile and convenient than the Solution Microsoft Office. Also, the arrangement of the buttons is not in the Chiclet configuration, which is apparently evidence that,Huawei Start designing their product inspired by thesurface Pro 3, before Microsoft unveiled its highly improved keyboard atsurface Pro 4.

The MateBook itself will be offered for a surprising start-up cost of $ 700 ($ 200 less than the cheapest surface model 4), with the most advanced model with a processor core m7, 8GB RAM and 512GB storage will be offered at the price of 1,600 USD. The keyboard cover will cost $ 130 as a separate purchase, and the 2,048 touch pen with click levels and a built-in laser marker will be offered separately at the price of 60 dollars. An external docking station with USB Type A, USB Type C and Ethernet connections and capacity will also be offered battery Added for 90 dollars. 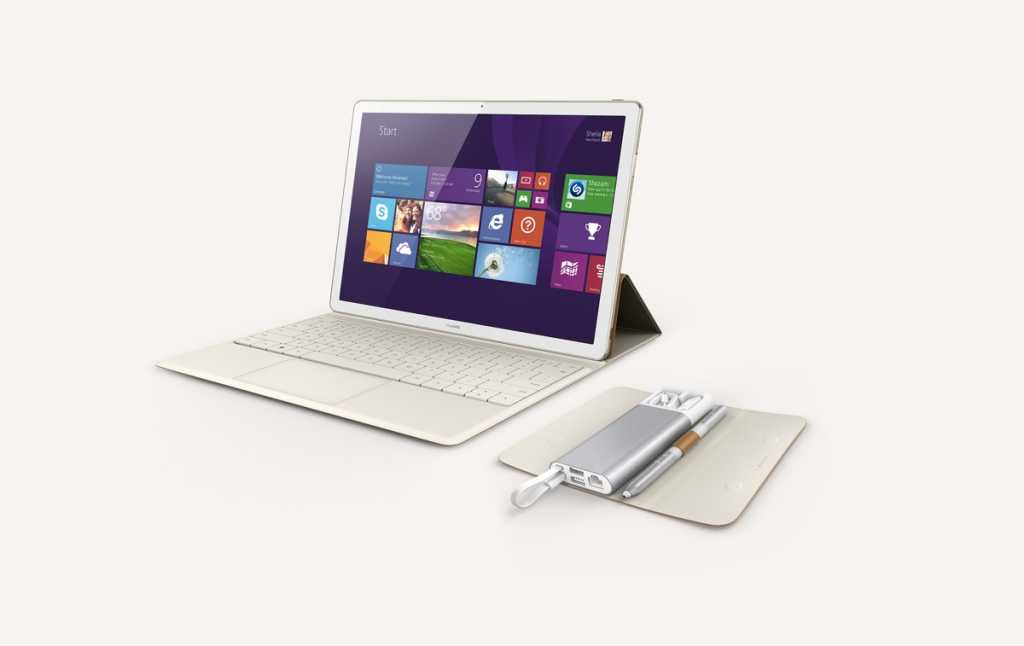 Another thing worth noting is the prices in Europe, as of now, will be much less curt and sympathetic than those previously mentioned in US dollars - the basic model will be offered at the price of 800 euros, the most advanced model will cost 1,800 euros, the keyboard will be sold for 150 euros and the touch pen at 70. This is definitely not the first time we see it Huawei Refers to the European market as being capable and interested in paying significantly more than in other markets, and it is a pity - hope that the importers in the country will succeed in getting prices closer to Uncle Sam's than those of the European Union.

Bottom line, if you ignore the aforementioned delusional price differences, the MateBook certainly sounds and looks like a very respectable first attempt - there are not too many innovations regarding the "spiritual father" it created Microsoft Office, But for consumers looking for the most compact and lightest windows imaginable - there's a product here that is definitely capable and should fit.