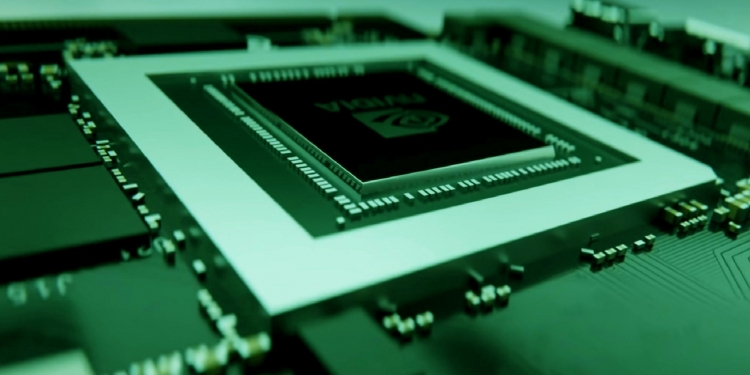 The rate of video card reports for next year continues to be very high, with the focus not only on shards of rumors about next-generation architectures in the desktop world but also on cards that are supposed to bounce the maximum capacity threshold known to us in the mobile world.

Several leaks from known Twitter accounts, along with a documented appearance in the Geekbench performance test database, together paint us the overall picture for the mobile version of the GeForce RTX 3080 Ti card - with Core A seemingly new type that will bridge the capacity gap between the GA104 and GA102.

The core of the GA103, or GA103S, within the new mobile model will include 7,424 active CUDA units within 58 processing clusters, which will be a nice jump of almost 21 percent compared to 6,144 CUDA units within 48 processing clusters on the GeForce RTX 3080 mobile, alongside controller Memory in the same 256-bit interface that will allowNVIDIA Continue to offer the model to manufacturers with 8GB or 16GB of memory Dedicated dynamics.

On paper, then, future RTX 3080 Ti cards will be able to offer at least a 20 percent performance improvement over the RTX 3080 mobile models, but it is possible that inNVIDIA They will prefer to find more efficient and cost-effective working points by using more moderate operating frequencies - which will lead to a more moderate improvement in performance without a significant jump in the range of power envelopes we know today, ranging from only 80 watts to the slowest RTX 3080 models to 150 watts for a limited number Of models in gaming systems with arrays Cooling Significant who are able to support it.

It is estimated that NVIDIA may officially announce the new model at the CES show in early January 2022, very close to or in parallel with the announcement of new generations of senior laptop processors from Intel and AMD - in favor of a new wave of laptops to arrive in the coming months. Does that mean that too Super reinforced models עבור graphic cards Mobile Others in the familyRTX 3000 will be displayed at the same opportunity to complete the picture? We'll be happy if that's the case.

Another question mark that emerges from the latest leak concerns the possibility of using the core of the senior GA102 in the mobile world. This is something that did not happen in the Turing generation, when the TU102 core was reserved exclusively for the desktop RTX 2080 Ti (and the Titan RTX) while the rest of the models, stationary and portable, settled for the TU104 - but the fact that the new model does not get the name GeForce RTX 3090 nevertheless leaves us with hope that NVIDIA is still planning for us something bigger and even more advanced For the expected waiting period for the emergence of Lovelace architecture.

We will continue to follow and update you in the coming weeks and months!