Among the smart products that Samsung is preparing for us at CES 2015: the first all-in-one computer with a concave and ultrabook screen is incredibly light and thin

as traditionaly, סמסונג Starts things ahead of the CES 2015 exhibition that Otto is starting, and announces a pair of fairly new and interesting products.

the first one - The first all-in-one computer with a concave panel, 27-inch and FullHD resolution (probably based on PLS technology, although Samsung has not yet officially disclosed this data). The other properties of theATIV One 7 include Core i5 processor from the new Broadwell generation at 14 nm, 8GB RAM, 1TB hybrid hard drive, and 10 stereo speakers each. Is the (initial) price tag of 1,300 dollars worth? Apparently it depends on your relationship with Concave screens. And with AiO computers in general.

The second, and probably more interesting, product is Ultrabook The updated ATIV Book 9 Of the Korean giant, which is one of the lightest and thinnest laptops we have encountered to date - a 12.2-inch screen with a resolution of 2,560 × 1,600 pixels, Broadwell's Core M chip And the weight of a little less than 950 caused side thickness of about 12 millimeters only.

Samsung's new Ultrabook offers some nice features such as a pair of stereo speakers alongside a "professional" audio chip from Wolfson, a passive cooling system and a declared battery life of up to 10.5 hours that are seemingly substantially better than those of most other Ultrabooks. However, there is also a less positive point In the form of the updated but relatively weak Core M-5Y10c chip Which is characterized by a base frequency of 800MHz only (and a maximum turbo frequency of 2GHz), and can not really provide equivalent performance to those of Chips from the Haswell family. 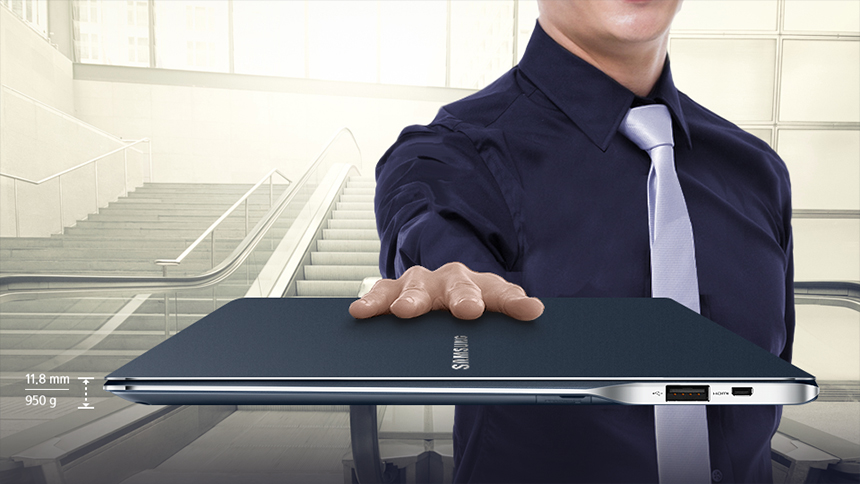 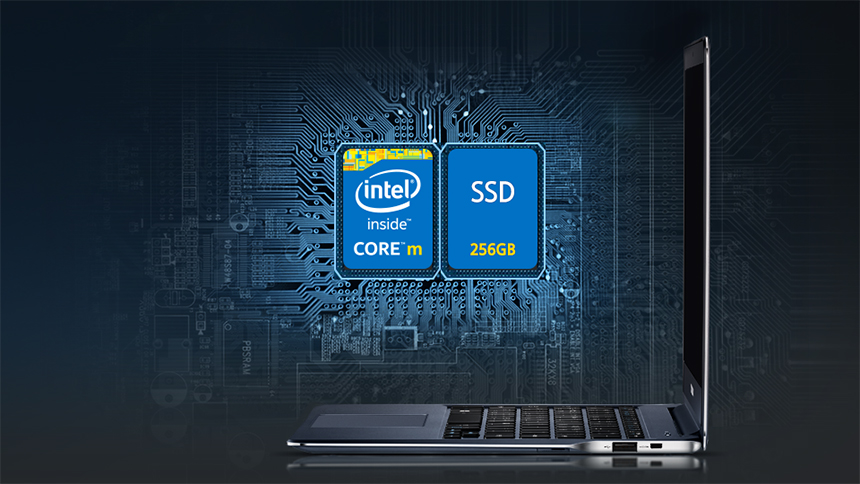 Looking at the jar or what it has? The dilemma has never been more difficult