SandForce comes back with new and sophisticated SSD controllers

Who had previously dominated the market for PLC controllersSSD Announces the desired comeback, under Seagate: new controllers for all interfaces and all market segments

The competition in the SSD controller market is becoming ever more fierce, as all the cards have been destroyed and the NVME (combined with the PCI-Express interface) is the new king. Those who re-join the fray are none other than SandForce, which a few years ago safely led the home SATA drive market thanks to the controls Its SF-2200.

SandForce, which has replaced a number of costs in the recent period until it has settled in its current position as the biggest maker of mechanical drives Seagate For a significant entry into the SSD world, is preparing to launch no less than five new SSDs that will be adapted to a wide range of modern applications and technologies. Three of them are destined for the home market under the name SF-3500, While two more will be directed first to the enterprise market as SF-3700. 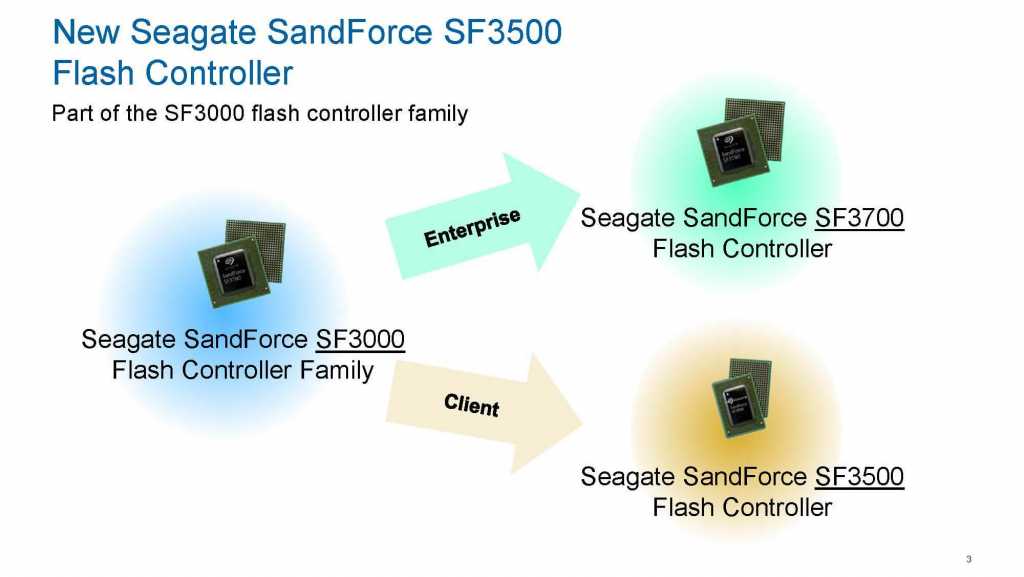 The most basic controller in the new generation will be the SF-3514 which will be based on the old SATA 3 interface and AHCI standard, but will use the technological improvements of recent years to provide impressive maximum random performance (on paper) of up to 100,000IOPS. Its twin brother will be the SF-3504, which will jump into the modern era based on the PCI-Express 2.0 x2 interface (in favor of SATA-Express or M.2) and support for the standardNVMe, With these features helping to offer continuous, high-speed, random working speeds of up to 900 megabytes per second and up to 130,000IOPS, respectively. 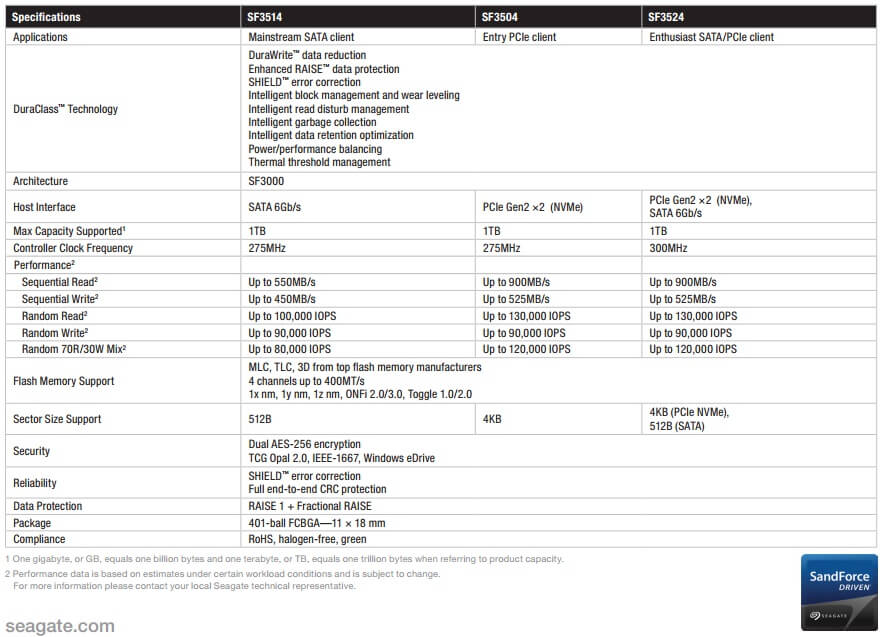 The third and last model in this subset will be the SF-3524, which will actually be a combination of the other two and will support both SATA and PCI-Express interfaces for maximum flexibility from drive manufacturers and consumers. All three controllers will support chips memory MLC and TLC architecture, and in terabyte volumes. 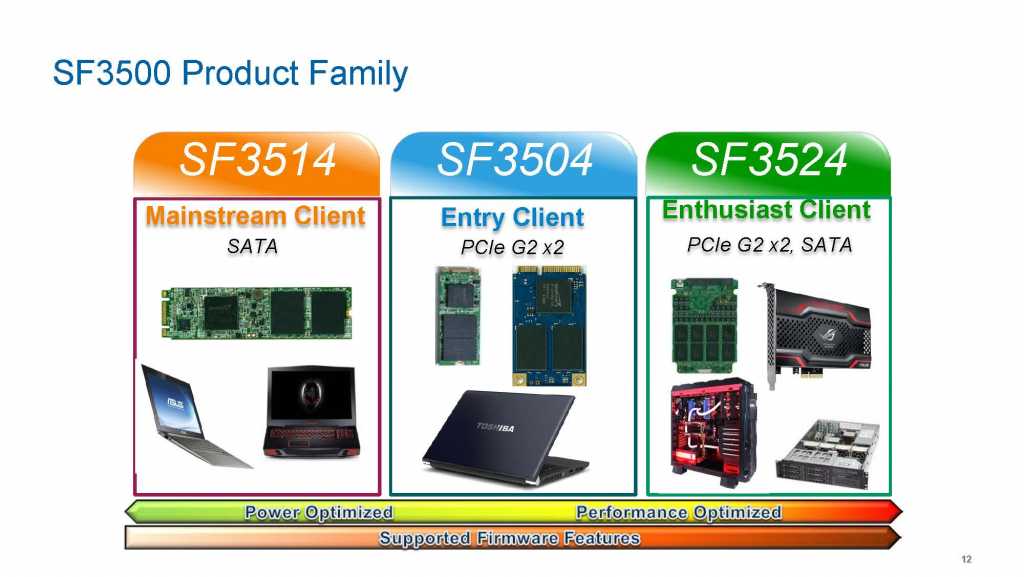 In the SF-3700 segment we will see two additional advanced controllers that will support both the SATA interface and the PCI-Express 2.0 x4 interface (for PCIe connections on the motherboard or U.2 connections), support for the NVMe standard and of course a unique system called RAISE So that you will be able to remove blocks of information from bad areas in the drive to normal areas without the risk of loss of information, and will include chip An additional memory that will be backed up to an extreme case chip A whole activist will live for one reason or another.

Both controllers will support continuous speeds of up to 1,600MBps and random performance up to 130,000IOPS, with maximum volumes of 2 terabytes, with the main difference between the two models (SF-3759 and SF-3739) And good, through eMLC and MLC to TLC. 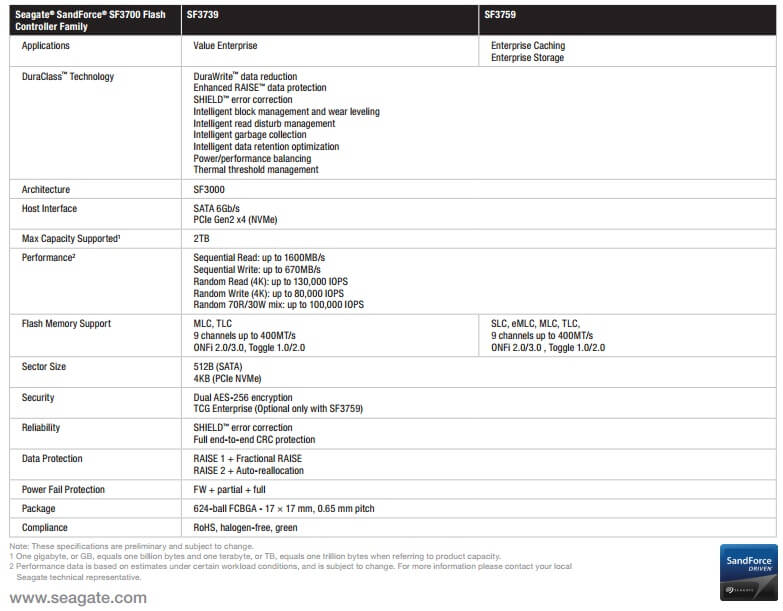 The SF-3700 controllers are scheduled to appear in first products in a few months, while at the same time the SF-3500 controllers will be delayed a little longer and arrive in stores as part of first products at the end of the year - December 2015, to be precise and if we do not receive further delays.

It's not hard to see that the SandForce SF-3500 series of controllers is designed to be simple but particularly effective in order to try and regain the impressive domestic market share it had several years ago, while at the same time the SF-3700 series is the significant and true technological development designed to give the best That To Intel, Marvel And Samsung offer. SandForce and Seagate have two very big missions. Do they also have a chance? Soon we'll know. 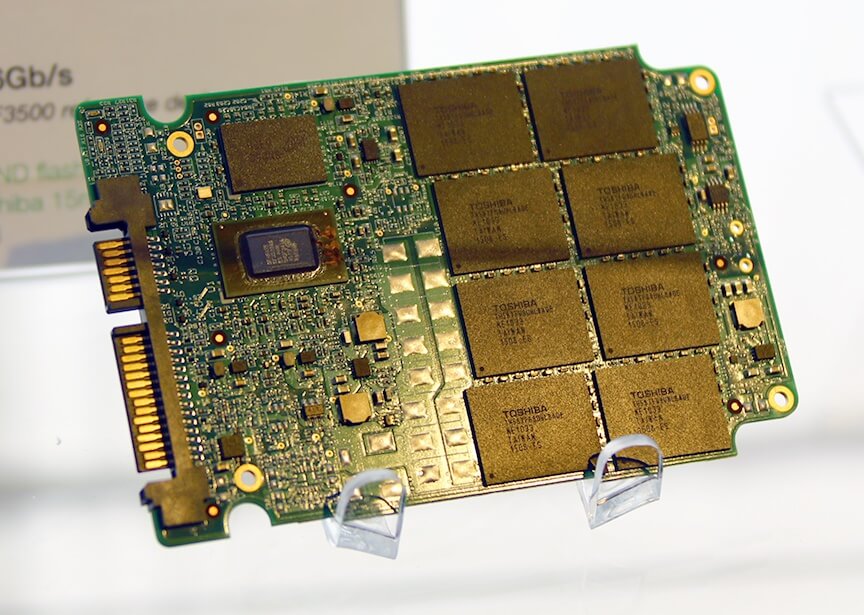