We took the black screen card, which is standard for our exams set. The chosen bios is that it is more quiet with the fan which starts to turn around only when the core temperature passes to 50 degrees Celsius. We believe that this is the optimal BIOS for all users, and the one that keeps the card hardware in the best possible way. 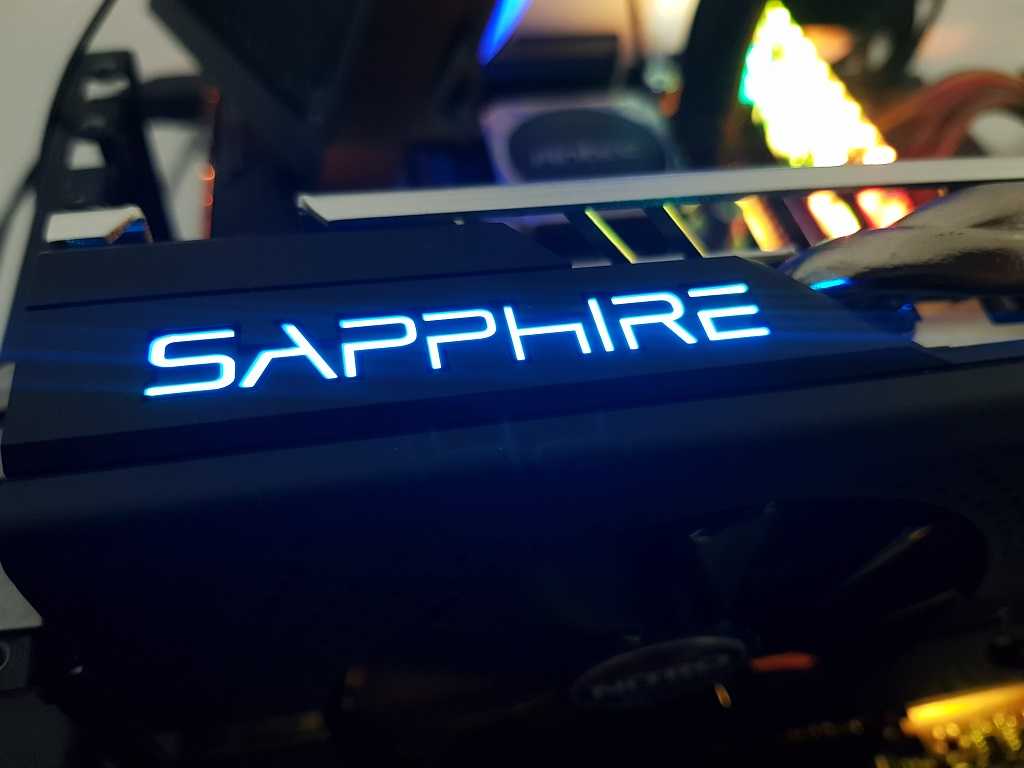 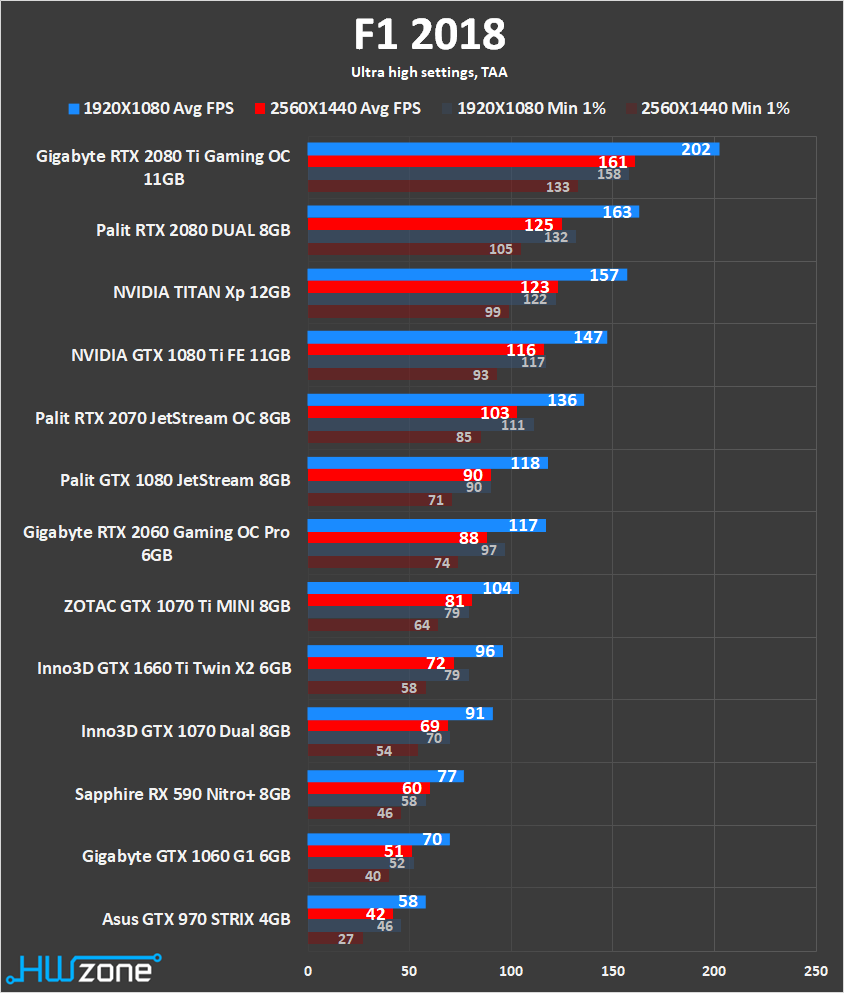 In this test the performance difference over the GTX 1060 stands at about 10% in the FHD resolution, but away from the GTX 1660 Ti which is often priced similarly. 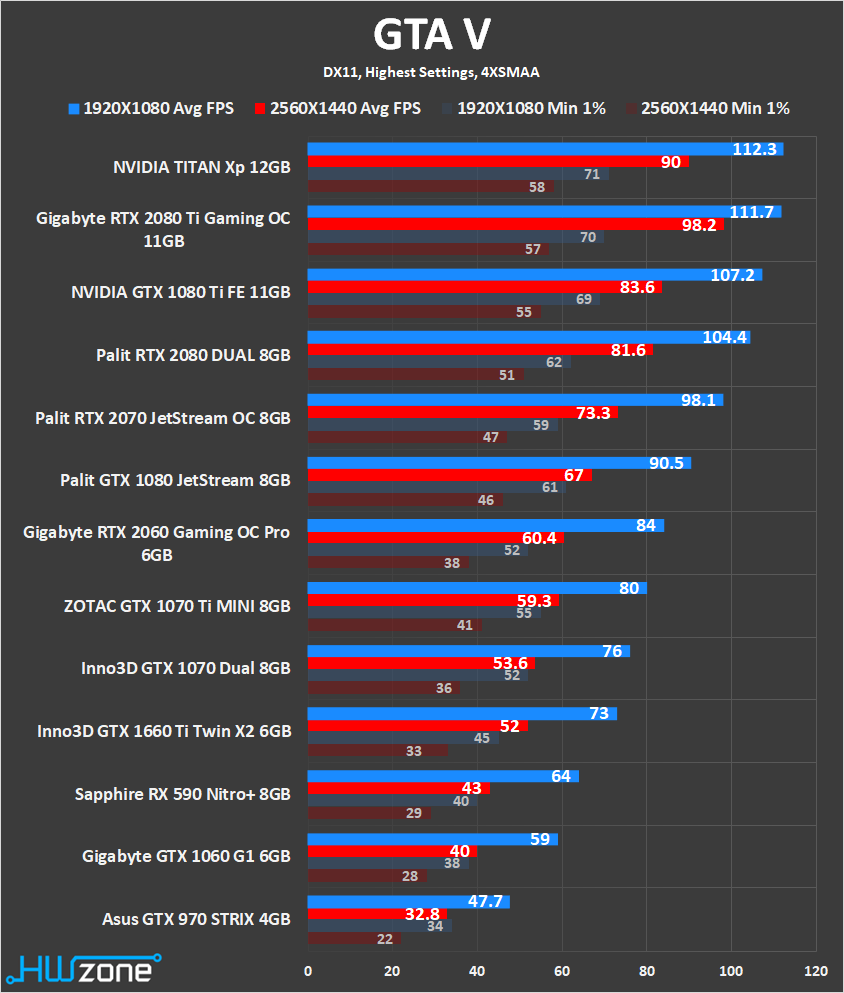 The game GTA V paints a similar picture. The performance is slightly above the GTX 1060, but the difference with GTX 1660 Ti is significantly higher. 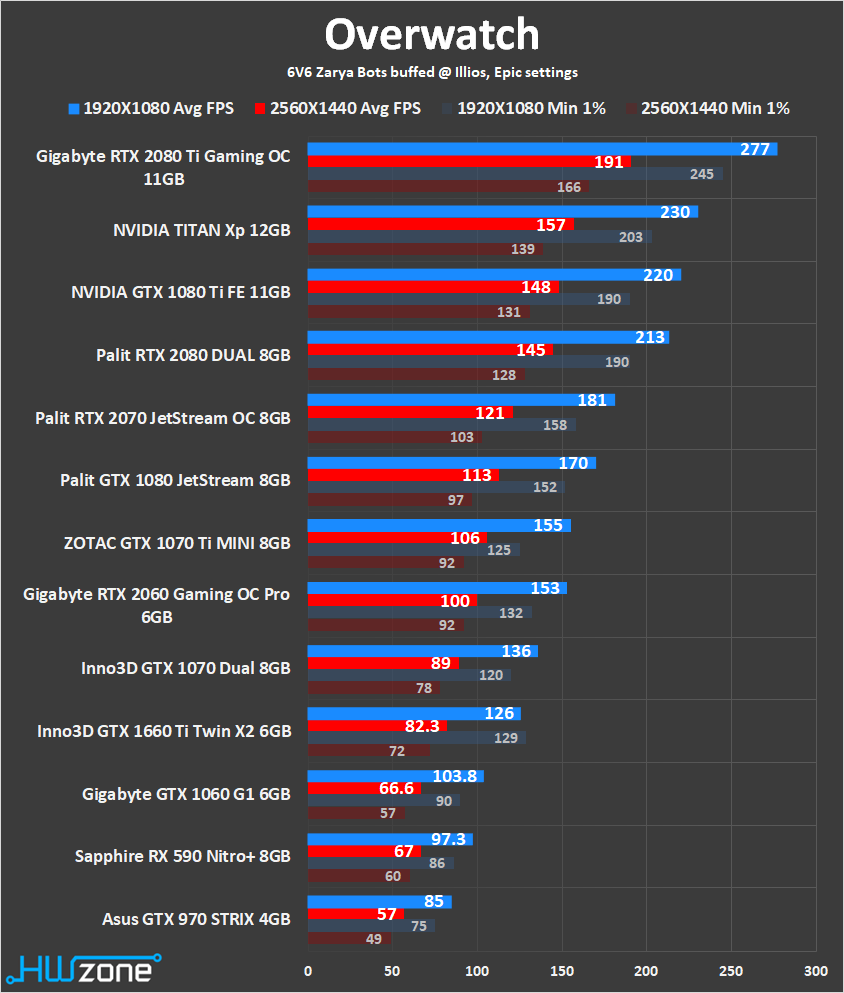 Game Overwatch does not like video cards of AMD, Rule. Performance is rated under GTX 1060 6GB in this title. 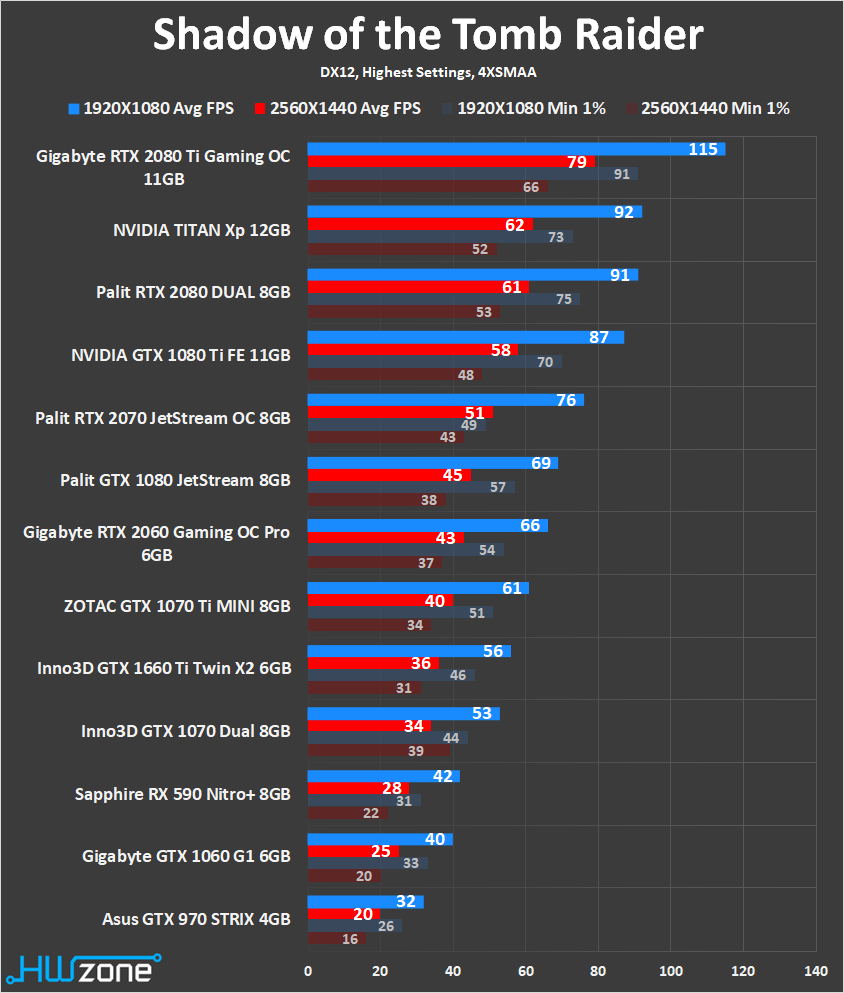 The new Tomb Raider was tested without exclusive features forNVIDIA So as not to give results that can not be duplicated to the other side. In this high-end graphics game, the GTX 1060 6GB is no big deal at all, unfortunately, and stands for 5% in the FHD. 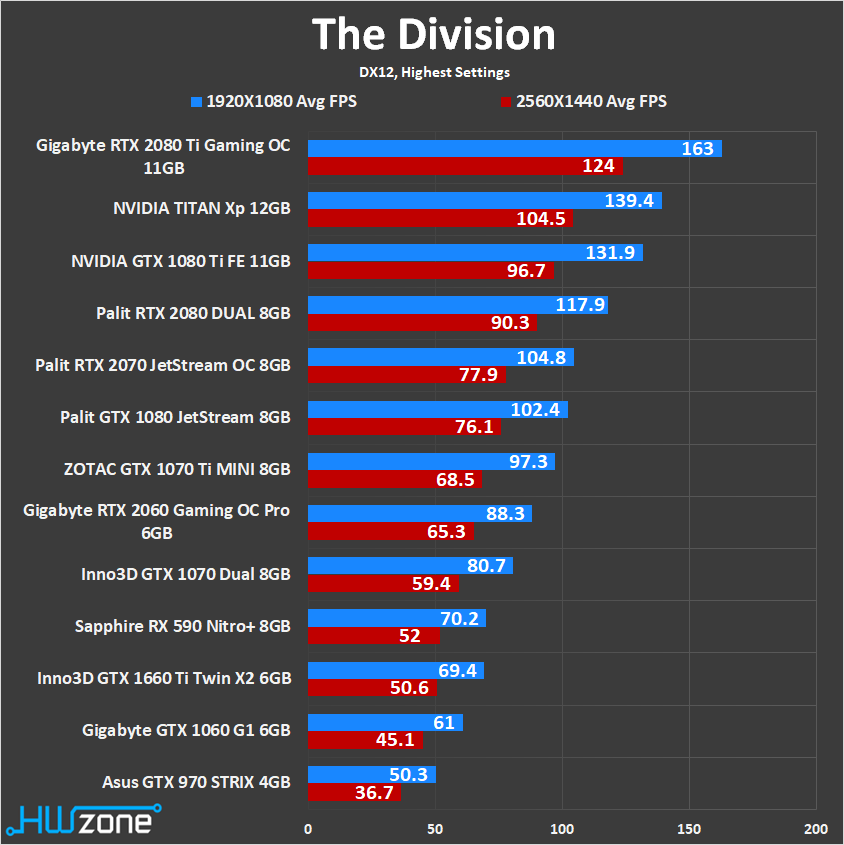 The Division game has been optimized for hardware AMD And at the moment the RX 590 shows superior performance over the GTX 1660 Ti in this title. Quite impressive. 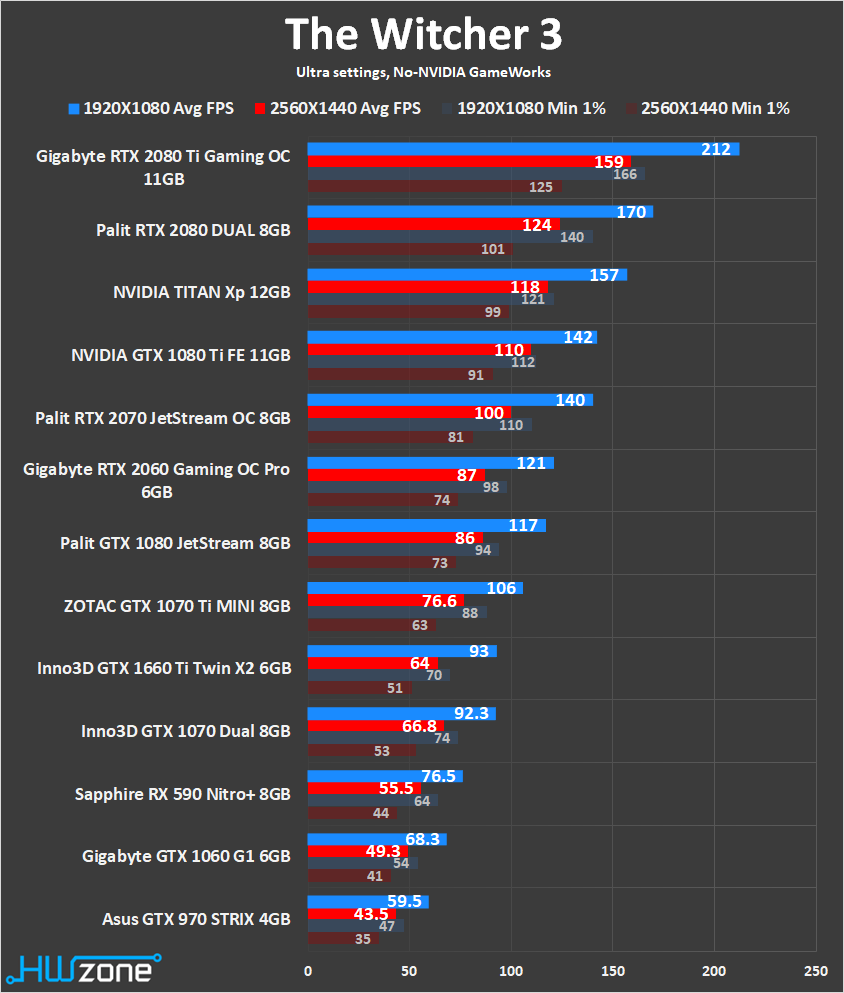 The Witcher 3 continues the performance pattern we have seen so far, with a rather respectable lead over the GTX 1060 but a very respectable distance from the GTX 1660 Ti. 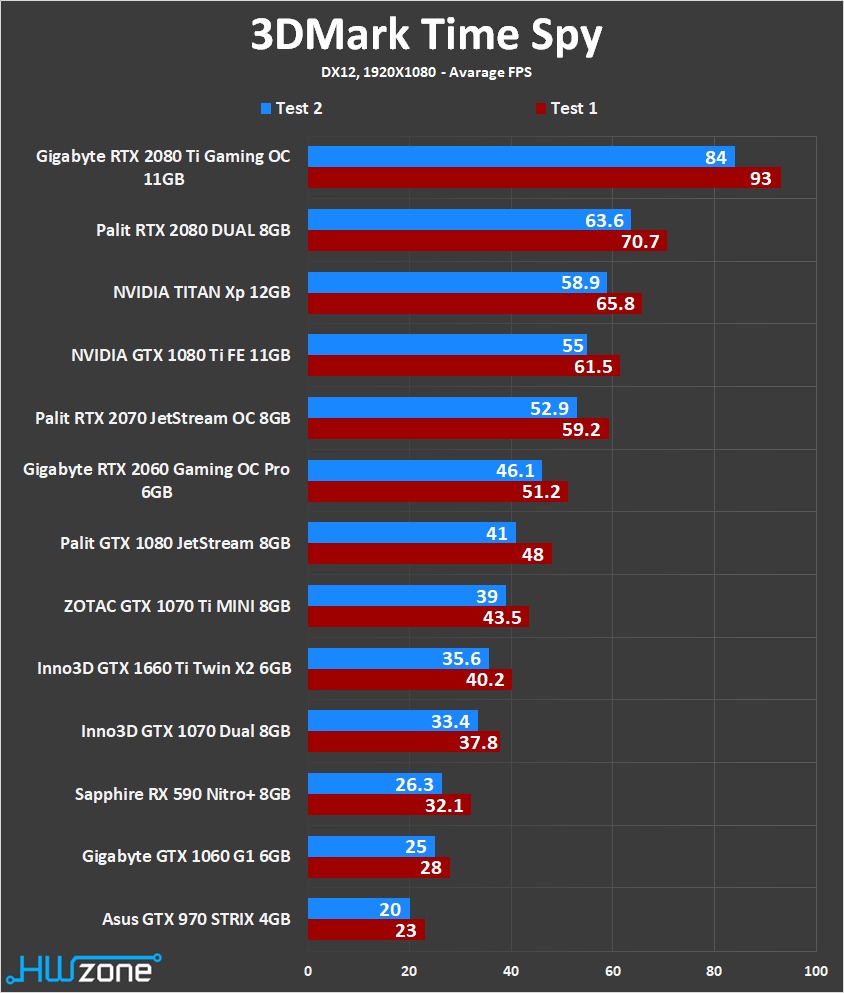 The synthetic test is quite heavy 3DMark Time Spy You can also see the RX 590 just above the GTX 1060 tested. 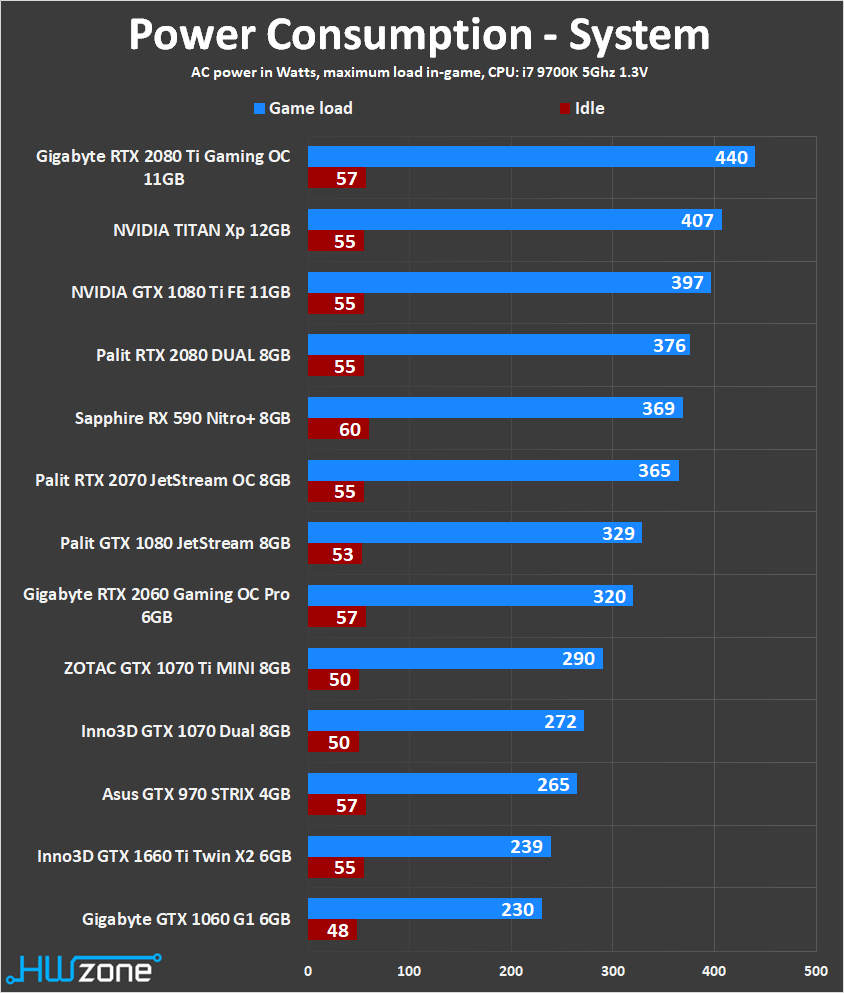 What you see here is one of the main reasons for the somewhat bombastic cooling of this card. When your power consumption is similar to that of RTX 2080, you should cool down accordingly.

The technical reason for this high power consumption is mainly the attraction of the graphics core to the end of its potential in the production process and in the existing architecture. This is the graphics core that started out in the 1200Mhz region and now operates at a frequency close to 1500Mhz with higher voltage. There is no magic here, pulling up the frequency means increasing power consumption significantly.

For a system similar to our test system using this graphics card, we recommend a power supply of at least 550W. Such power supplies have become accessible and inexpensive in recent years.

The core temperature of the video card while it was at room temperature of 23 degrees was 69 ° C. Fan power is quite low and stands at 30% and at the speed of 1350RPM. The ambient noise is 33.1dbA and the noise measured from a distance of 30 centimeters was 34.9dbA. Video card for iphone Sapphire It is completely silent, and one of the quietest in our lab, especially with power consumption of over 200W.

Video card Radeon The RX 590 is mostly portrayed as "stronger than the GTX 1060 6GB". This is how we see it as a result of the performance tests created from its various technical characteristics. This result makes a lot of sense, considering that the direct competition of this video card is the RX 580, which is basically the same card but with lower operating frequencies.

This is a relatively new product that has been in the market for only a few months but already has competition. As of now, the official price of the RX 590 is a bit vague. Sapphire's special blue version was recently seen in Amazon under a price tag of $ 219, which means that it can be obtained in less than NIS 1000,NVIDIA Asking for the GTX 1660.

GTX 1660 Ti is currently priced at 279 USD, and the new GTX 1660 is priced at just $ 219. These two graphics cards are faster than the 590 RX (despite the lack of 1660 performance tests, we can confirm this). The consumer advantage in this situation comes in other ways.

We scratched our heads as soon as we saw that the price of that video card (RX 590 Nitro) increased from 219 to $ 279, and at the time of writing, it dropped to $ 265 a little. The price is unstable and a little high for our taste. We would be happy to see a flat and low price for such a video card. We think that 210 to 220 dollars is the right price, because you get 3 games with each of them costs 60 dollars. Such a transaction effectively turns the effective RX 590 into a significantly cheaper ticket. Even if only one game interested the player and was on his purchase map, an effective price of 170 per RX 590 is something that does not exist in the competition. 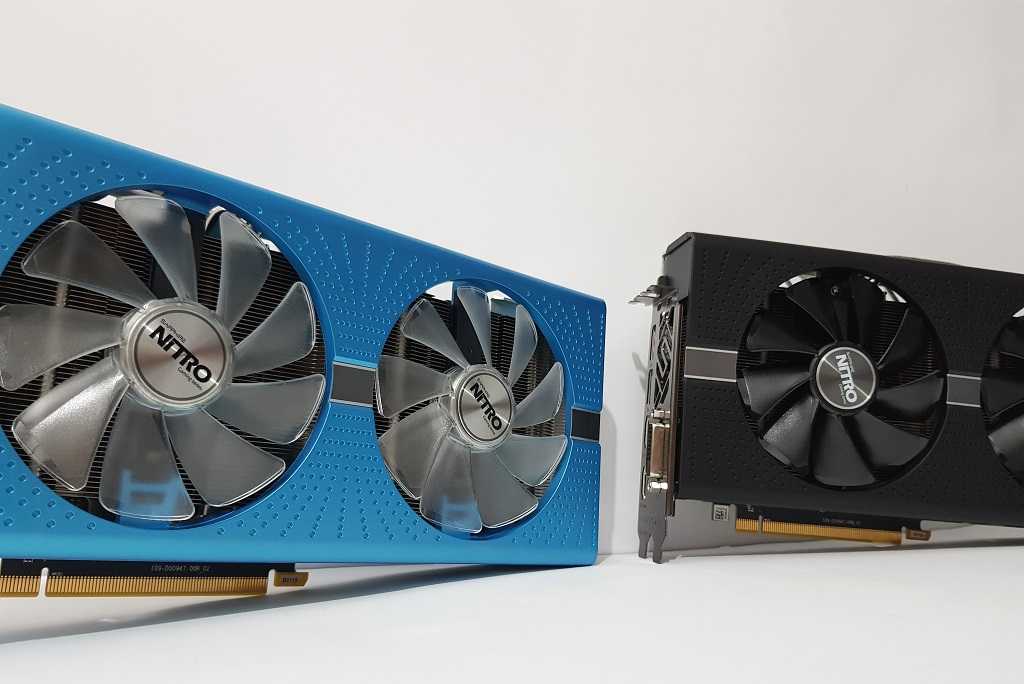 When it comes to engineering and components, Sapphire She did a great job. We can safely confirm that this is a piece of hardware that is properly engineered and that the cooling system is quiet and very efficient. Dual Beos and the possibility to connect five screens is a great bonus that does not exist in any model. The card is very easy to handle, as the decomposition process splits into the plastic cover and the heat sink separately. A great bonus for service and maintenanceSapphire In this category.

We hope thatAMD and-Sapphire Will leave a competitive price for these video cards, and will continue to give equal bonuses. This is the right way to deal with existing hardware with new hardware on the consumer, at least until new hardware arrives to justify a purchase without bonuses, which may happen in the coming months.