Seeing results: Samsung launches SSNs with a volume of 4 terabytes

We've been telling you about 3-D NAND chips for a long time,SSD Ours is not only cheaper - but also doubles and even triples their volume relatively easily.

Now, it seems that the first results from this technological leap are finally starting to appear, from the market leader Samsung - drives for the enterprise and business market of the type PM863, which will be offered in volumes of up to 4 terabytes thanks to the V- chipsNAND Which the company has been producing for nearly two years.

The PM863 drives, which come in a standard 2.5-inch configuration (7 millimeters high) and based on the old and familiar SATA 3 interface, will be offered in all standard volumes between 120 GB and 1.92 terabytes - plus an impressive double volume An additional 3.84 terabytes, as mentioned. The price for the maximum volume? $ 2,200 tabin and tequila, which are about 57 cents per gigabyte of volume storage Similar to the price ratio in which the 1.92 version of the PM863 will be offered. 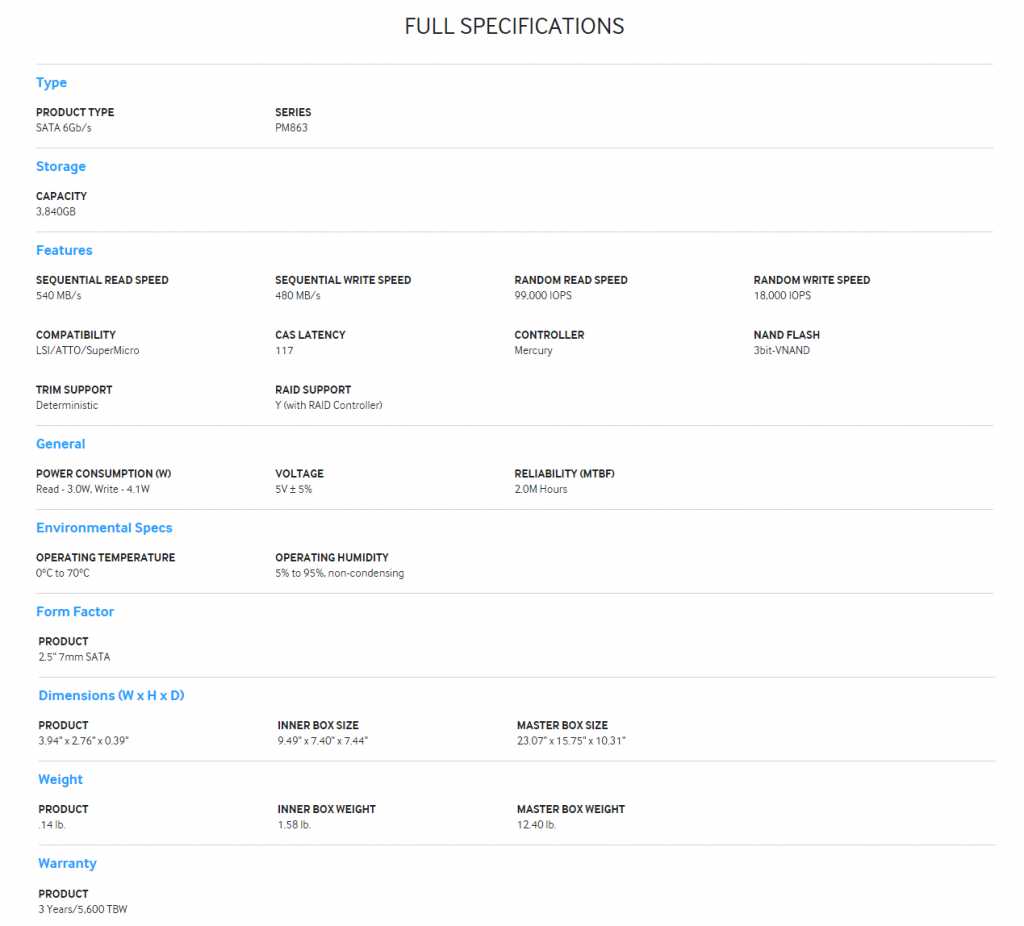 We had already met in my car SSD At even higher volumes in the past, but this seems to be the first time we're seen a drive SSD In a 4 terabyte volume that is serial and "standard", based on three-dimensional flash chips and knows how to offer a price and power consumption that is no less good than those of drives in known volumes of 2 terabytes and below.

In other words, we are probably anticipating here the first step on the way to making 4TB drives a new standard in the market. A standard for very rich people, for now, but nonetheless - this will be important progress for all of us in the longer term.