Smartphone gaming that makes mobile gaming and other surprises from Razer

Razer is one of those companies that strives to surprise at every major media event - and it has done so successfully at the big show in Vegas with Project Linda, which turns its first smart device into a complete computer. So let’s get acquainted with this ambitious new venture, and a few more fresh products introduced by the growing manufacturer, concentrated in one convenient place.

Audio products for personal computers may have been the last bastion, but now it too has been captured: Razer Presented under the name Nommo, offer an interesting design and include support for a colorful LED light that interacts with the company's Chroma application.

They will be available at the price of the 150 dollar version with the pair speakers With a built-in bass element, or a huge $ 500 price for a pair version speakers Dedicated tweeters and a separate 15 cm diameter subwoofer - while those who liked the design but not the illumination will also be presented with a base version with an analog connection only at a cost of $ 100.

The most impressive display at the company's stand in the peripherals category was the new Mamba HyperFlux gaming mouse, which will come alongside a large and impressive gaming pad that will not only serve as a comfortable work surface for optimal performance - but also for charging the device while working, with wire-free induction technology.

He is the one to replace סוללות Mouse radio This is not a very difficult and tedious task, but we have no objection to this new trend that eliminates the need for it entirely, at least for those who have one fixed corner in the house they use, and this whole business does not become more cumbersome. The price? 250 USD mouse and flat pair.

In addition, the stand also included the company's various game controllers for consoles (and personal computers), arranged in double play positions that will allow visitors to experiment with themselves and understand the advantages of the equipment compared to the standard used from home Sony And Microsoft. 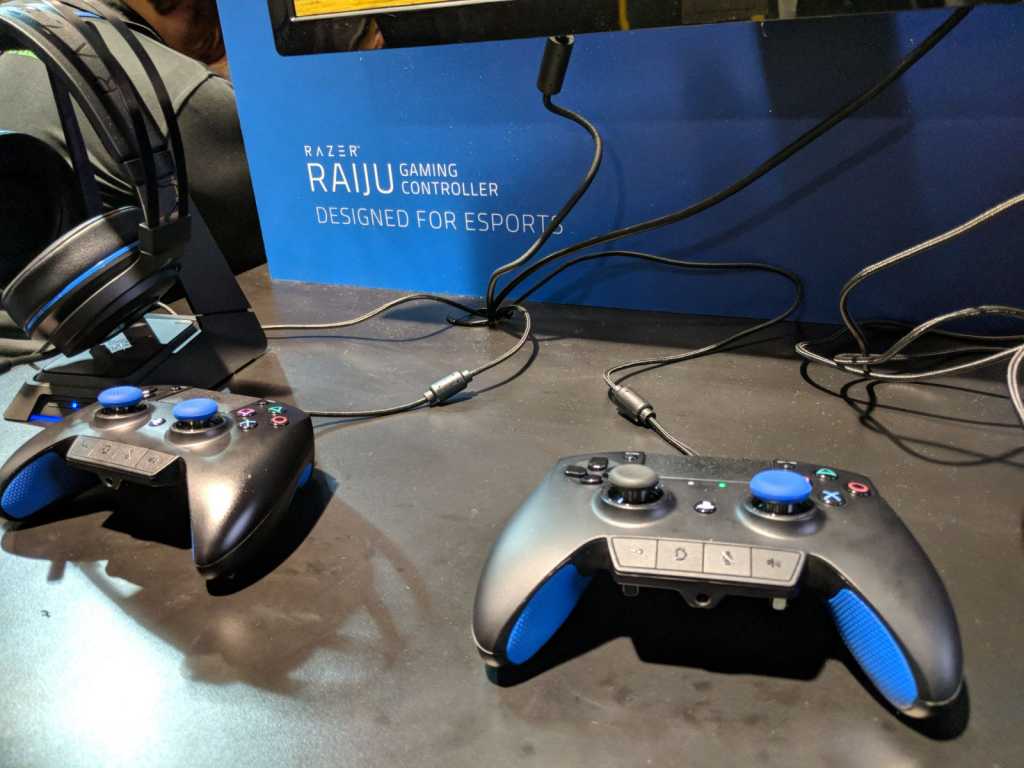 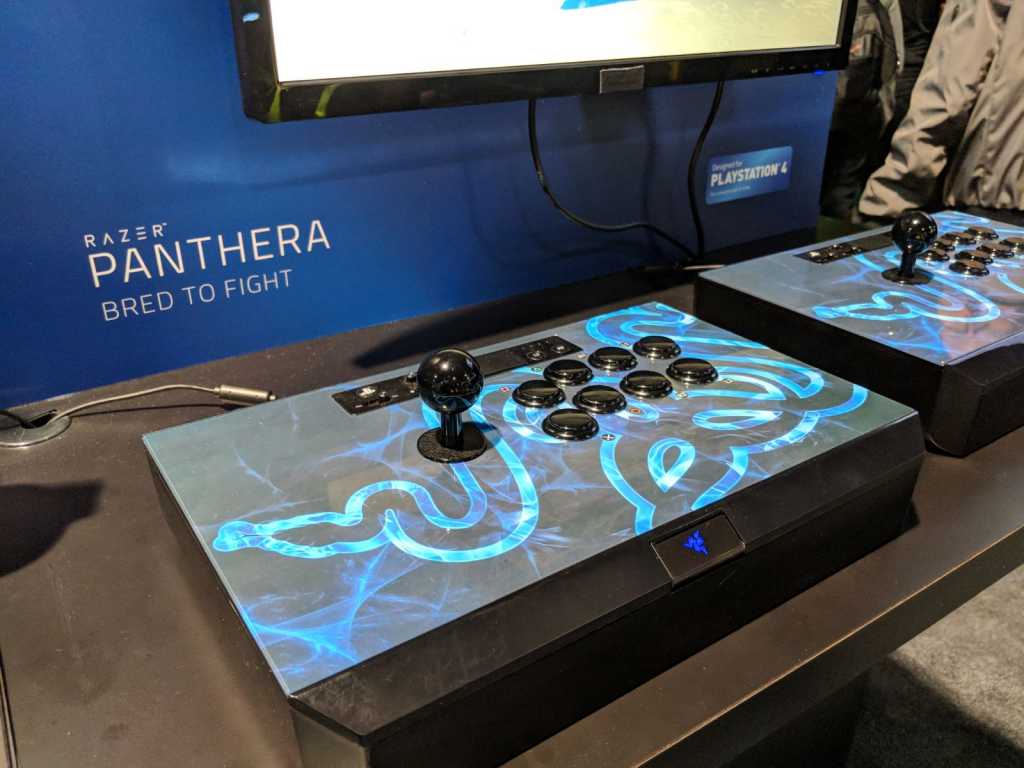 Joysticks of all kinds - you only have to choose

The screen that makes the smartphone

It was launched two months ago,Razer The special phone was still one of the main attractions in the crowded pavilion, and we will be content with the confirmation that yes - a display panel at a double refresh rate of 120 Hz does make all the difference, especially for those who are used to watching these high speeds from the world of PCs. We sincerely hope that this development will succeed, and convince other manufacturers to bring the technology to the masses quickly.

The manufacturer's PCs have also starred in the stand, with all the types and sizes currently available in stores - and we are eager to find out what upgrades are preparing for us ahead of the arrival of the refreshed 2018 models. 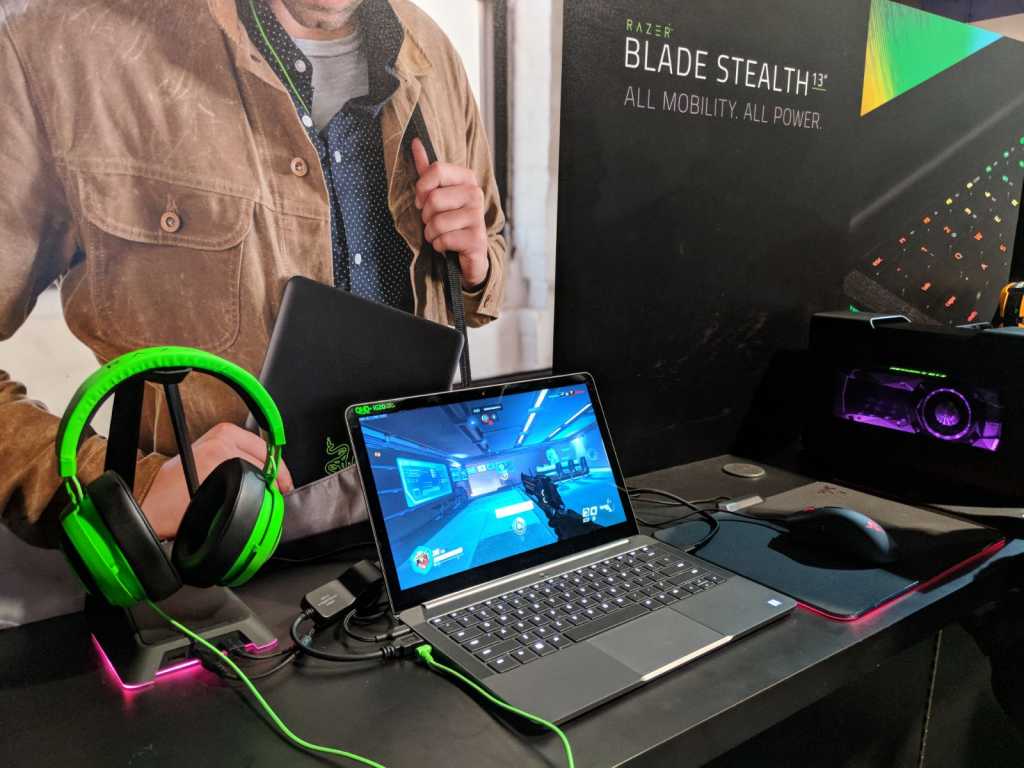 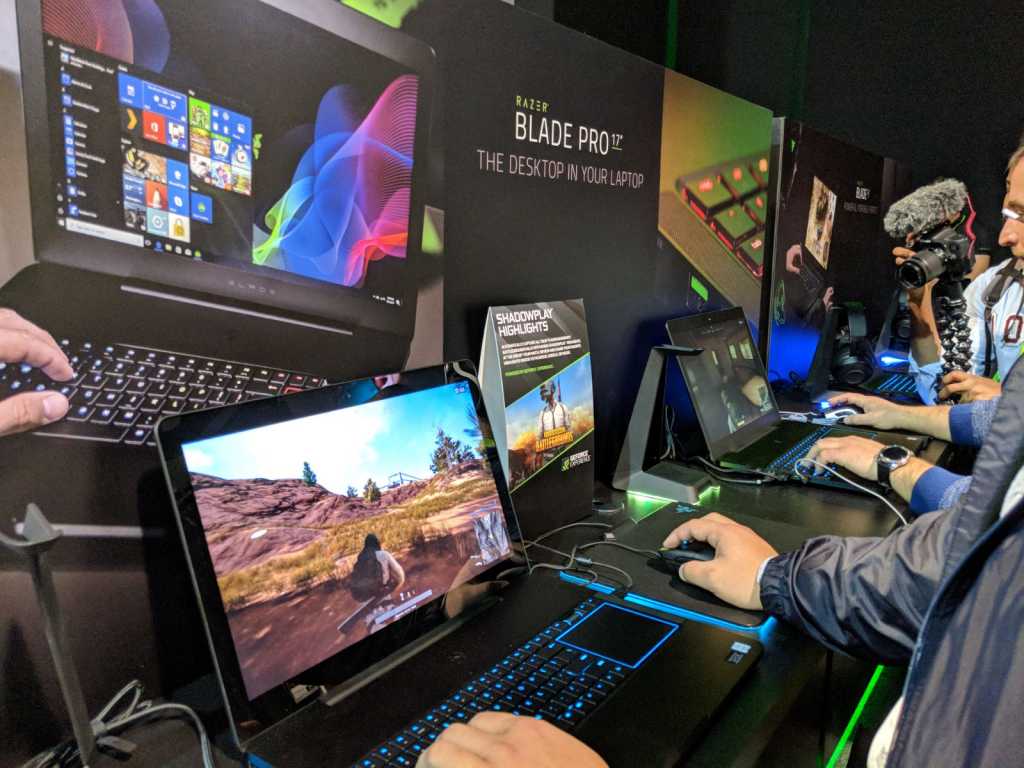 The design is similar - but the pricing ranges from $ 1,000 on the one hand to $ 3,500 and more on the other, and so do the performance differences of course

Have you missed Asus' Padfone? The heir here

The most special product on the company's stand, without a shadow of a doubt, was Project Linda - another attempt to turn the smart device into a complete personal computer, with the hope that this time the technology is indeed mature enough to make the fantasy a reality. 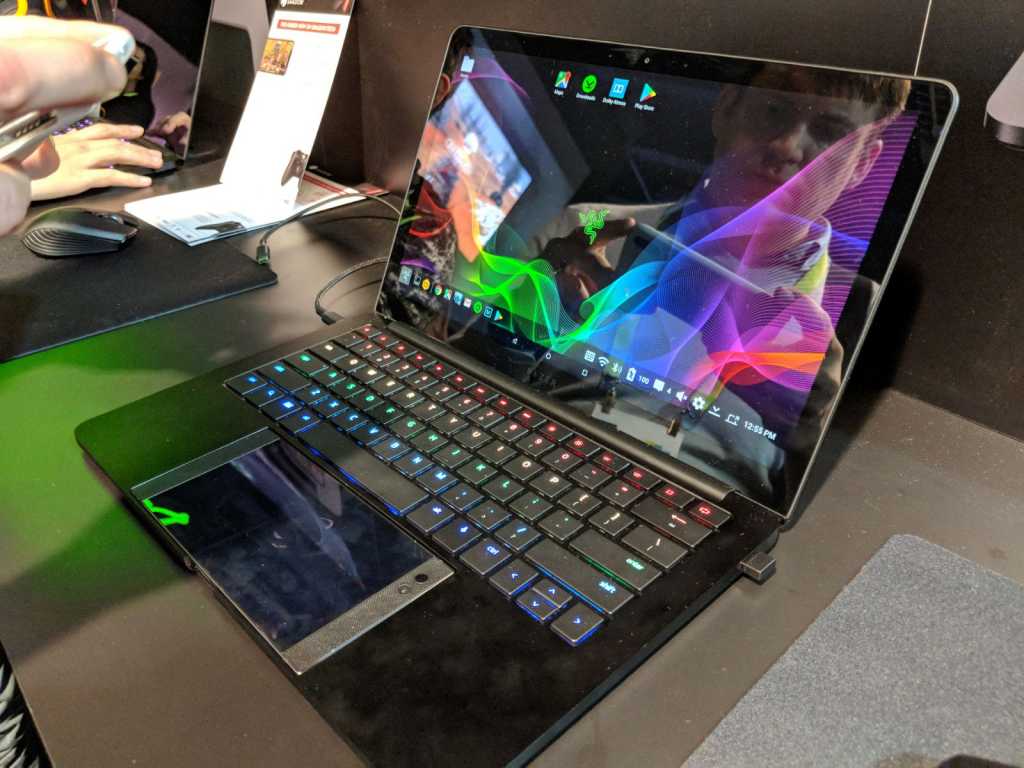 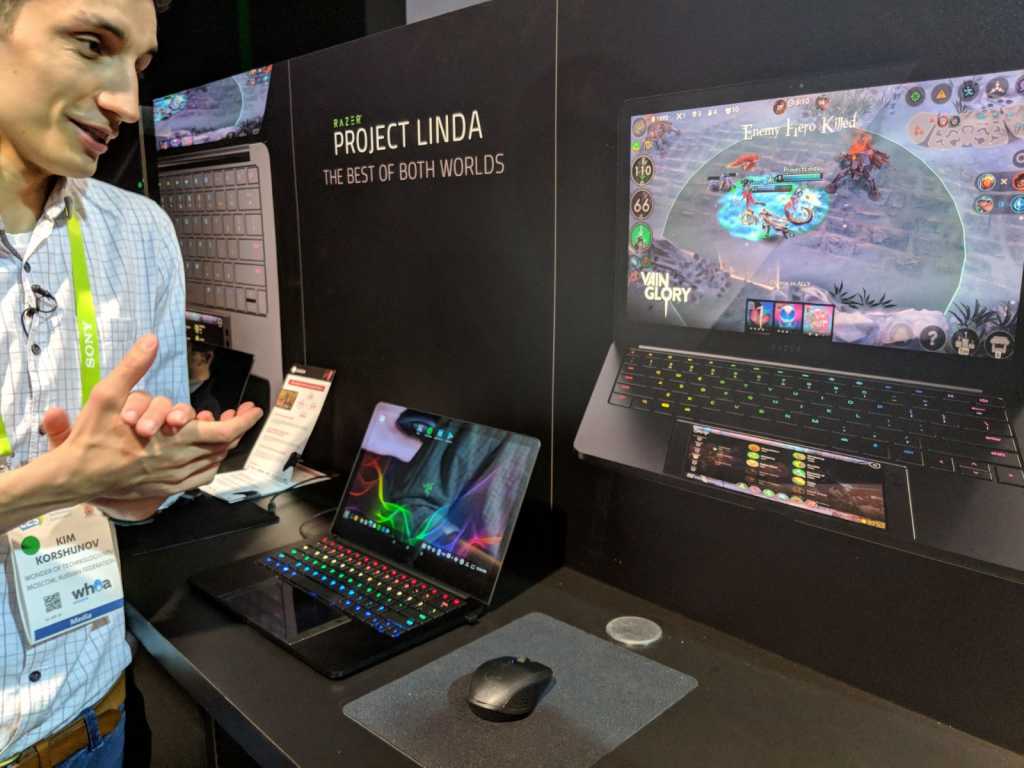 Another surprising venture of Razer - We hope it matures for commercial launch, and does not remain a prototype

This is a prototype of a computer-like system that,Razer Phone will be integrated into it and run it, similar to what Motorola and its Atrix device tried at the beginning of the decade. You will find an 13 touch screen case with the same resolution and refresh rate as the unique smartphone panel, built-in 200 GB storage, 2.0 USB connection and analog headset connection, a chroma colored keyboard and a battery that will charge the smartphone while connected, with capacity Enough to charge theRazer Phone in full at least three times - while it actually functions as a touchpad (and a panel of customizable macro buttons) for the entire unit.

The product is not yet due to be officially launched and has not yet received a price tag, but sounds like it has real potential - in the hope that it will not be more expensive than the smart device that is supposed to operate it.

For dessert - the giant keyboard

This oversized product on display in the center of the pavilion has no practical application, despite the fact that it is in good working order with mechanical pressing mechanisms and colorful backlighting - but it is still extremely cool, and gets a place of honor within this article.