By
50 minutes reading
Modding - The Beginning

Throughout the stationary computer history, it seems that computers have changed their shape more than once over the years. At first they were comedores 64, and from there slowly the market climbed up technological advances.
In the early 2000s, personal computers come into their modern form. Ownership of fixed-line computers in homes is significantly increased, Hwzone.co.il was born.
The hardware within laptops is also becoming more diverse, more interesting and more beautiful. In 2001-2002 years it seems that a new business has developed among home computer users. People get fed up with that boring box, and now that the hardware is more varied and beautiful, maybe you should also beautify those boring tin cans?
It was. Many computer users have found themselves doing a job that is recognized by tinsmiths and manual workers - bending and cutting the case to change its shape - Modding. Cutting holes in the case for better air circulation is the popular moding operation of those times. Those who did not Modding, Was busy worrying about how the youth were destroying expensive equipment.
In 2002 the explosion occurred and the scene expanded. The years 2002 to 2005 were very busy years in the modem world. Suddenly companies arose offering solutions, Pop up Guides many Network, more and more Guides. Suddenly everyone, from the young to the grown-up, from the gamer programmer - was painting, cutting and changing the look of their computer. It was expensive, very niche, and in many chassis designs, the hardware that could come in was simply not strong for certain uses.
Since 2006 began to decline in the field. Consoles A news game was launched and the smartphones entered our lives. Geeks and computer enthusiasts have calmed down with their business and have gone through a little bit of other things. Meanwhile, the computer hardware continues to progress at a dizzying pace.
Last year, 2012, projects began to emerge Modding Over-scale at a high rate. The computer hardware has finally reached a point where there is so vast a range that even performance enthusiasts can enjoy a computer-sized tape device VHS. Since the beginning of last year, manufacturers and users have moved to Min Dynamic, all of them motivating each other. Without us noticing, many of us do Modding In our computer system, even if it is a few lights or small paint. The number of projects documented in Israel has returned to one of its largest and new works are seen every week in our country.
In the coming weeks I will present you with community projects Hwzone, Each creator and his modding project. Come and see how computers are transformed into art, just like sculptures and paintings.
Let me break the ice (or snow if you are white around here at this moment) and show you my personal baby, which I and many community members worked on during the year - get the project IRIS 2013. 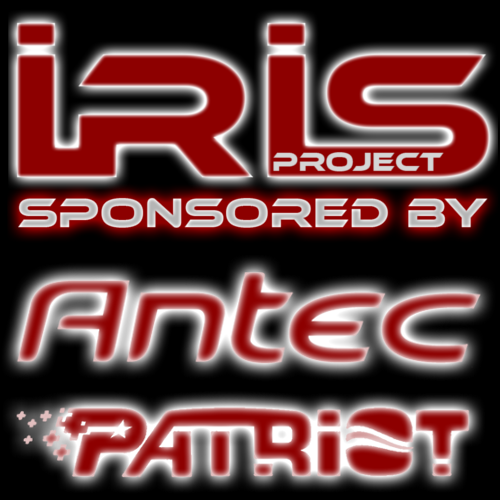