Runeon RX 590: Squeeze the Polaris to the edge of the HWzone

While in the primary processor market AMD Blooms thanks to annual updates of the Zen cores that provide increasing and varied competition to those of Intel, In the graphics processor market, the situation is a little less exciting with a pair of existing architectures that seem to have already given us everything they have to offer - and all that's left now is mainly the ongoing waiting for theships Which may replace both simultaneously during 2019.

In what seems to be an attempt to dispel the commercial calm without reinventing the wheel,Radeon RX 590 - A bit like Radeon RX 580 on steroids, with higher working frequencies than ever before for cores -Polaris Thanks to the transition to a slightly updated production process of 12 nm at GlobalFoundries, similar to that used by processors RYZEN 2000.

Radeon RX 590 will offer, as expected, a full Polaris core, with 2,304 performance units and 8GB of GDDR5 memory at an effective 8GHz frequency - with increased 1,469MHz operating frequencies as the base and 1,545MHz in Boost mode should allow direct performance improvements of X as compared to XNX 11 - and about 580 percent relative toRadeon RX 480 two and a half years ago. 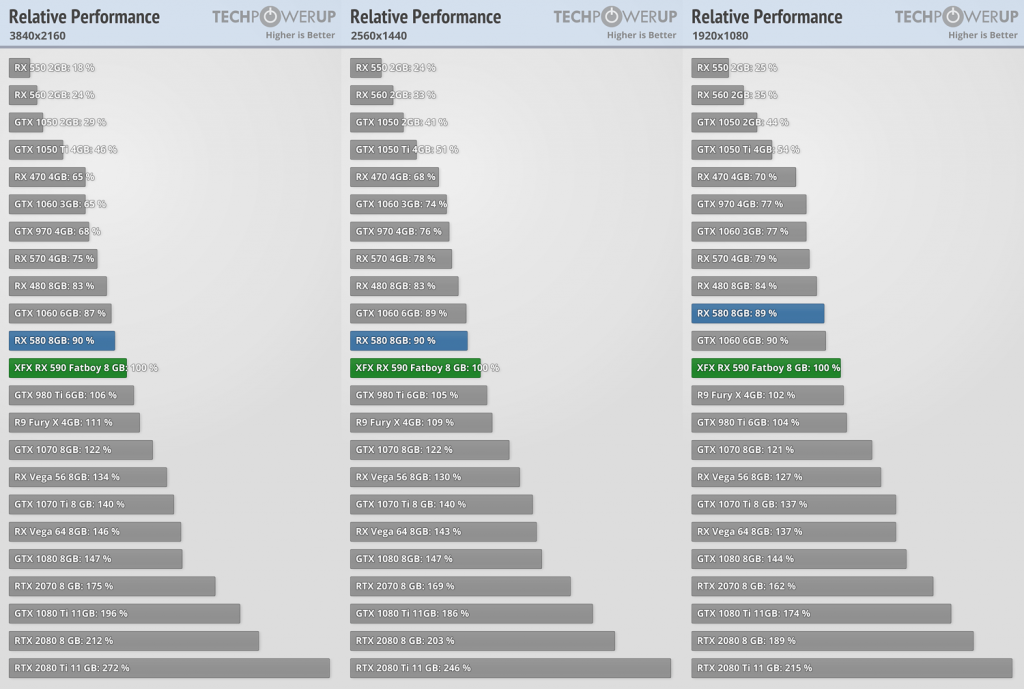 The level of performance was expected - but the price can't make it particularly significant
Source images: techpowerup.com, techreport.com

The number of Radeon RX 590 models available in the market is expected to be limited,AMD Provides information on four models in total from Assos, PowerColor, XFX and Sapphire - all designed and developed independently because there is no reference design that can be based on resource reduction and process acceleration, which probably explains why not all actresses decided to adopt this new piece. All of these are designed to carry an official recommended price of 280 dollars, as directed by AMD herself. 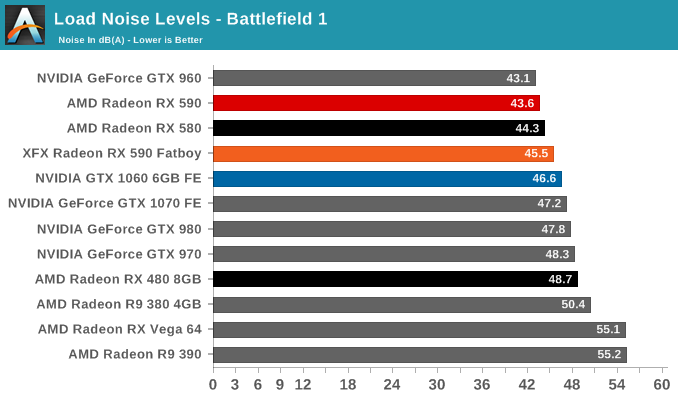 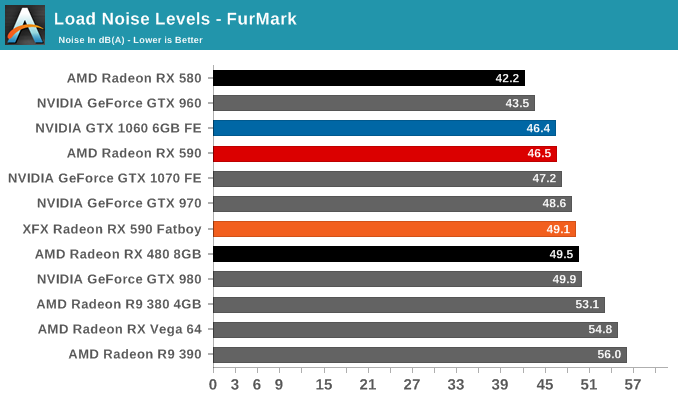 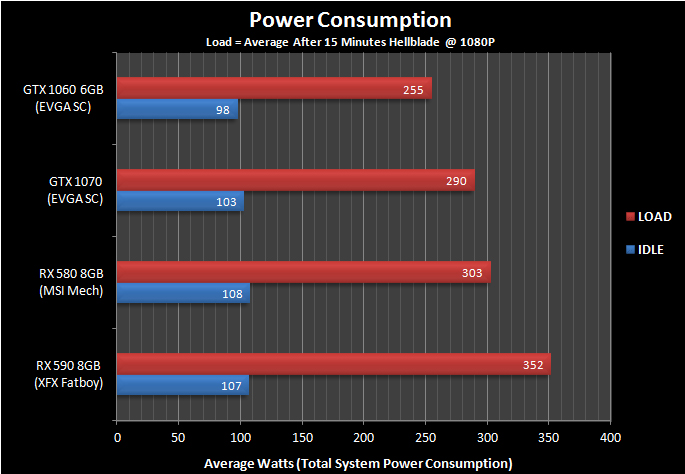 The first reviews for theRadeon RX 590 has successfully demonstrated an advantage over 10 in most tests against the X-Radeon RX 580 and also the GeForce GTX 1060 with 6GB's memory Graphic, as close as a touch from theGeforce GTX 980 Ti as well as maintaining a reasonable operating temperature of just over 80 degrees Celsius under full effort and definitely reasonable noise power - but the main problem here is the enlarged 225 watt power supply (compared to 185 watts for the RX 580) which also manifests itself In the real world, as well as a cost that incurs 80 bucks (!) Compared to the lowest prices for thePolaris The most senior ex.

The RX 590 is not a bad or bad product, and one that does surprise us with some of the parameters - but it certainly demonstrates that thePolaris She had exhausted herself and needed to retire. We hope that the practical prices in the market will fall rapidly to below the nominal value and will make it a real find for those looking for a worthy upgrade in the near future.

Agree with us? Let's talk about it in comments.


Wait, there's more!
Join To the group of zon And you can receive exclusive updates on various offers on the net, share content that you find interesting, consult with members of the site, and more - Join now!
Tags
AMD Pascal Polaris Radeon
Share
Facebook Twitter LinkedIn WhatsApp Telegram