On the eve of the official launch of the new SteamOS system, whose existence can be described in the simplest way as 'real gaming in Linux, thanks to the Steam platform', we have reached the conclusion Because this venture has considerable potential, which feels pretty good right now - even if it is not yet really ripe to compete with the well-established windows system or home consoles.

However, now New examination The capabilities of the system performed on the arstechnica website cause us to reconsider our previous statements - and come to the opposite conclusion, according to which SteamOS In its current state, it is far from being able to compete with Windows, especially the latest 10, when it comes to effective games.

The people of the site took a medium and reasonable computer system consisting of a dual-core Pentium G3220 processor, a GeForce GTX 660 graphics card and 8 GB of RAM - and installed the latest versions of Windows 10 version of 64 bit and SteamOS which is now available for download at any request.

An examination of the popular Geekbench performance test (which focuses on CPU unit testing, it is worth noting) and four recent titles based on the Source engine, alongside the titles Shadow of Mordor and Metro: Last Light Redux, revealed that Walb's system lags behind Windows 10 in any situation - from a few percent in some cases, to 58 percent in the most extreme case. These results are in stark contrast to the results of tests performed by the phoronix site several weeks ago, although there was no direct comparison between Windows SteamOS on the same system, so here is one of the first direct comparisons we received from a serious source. 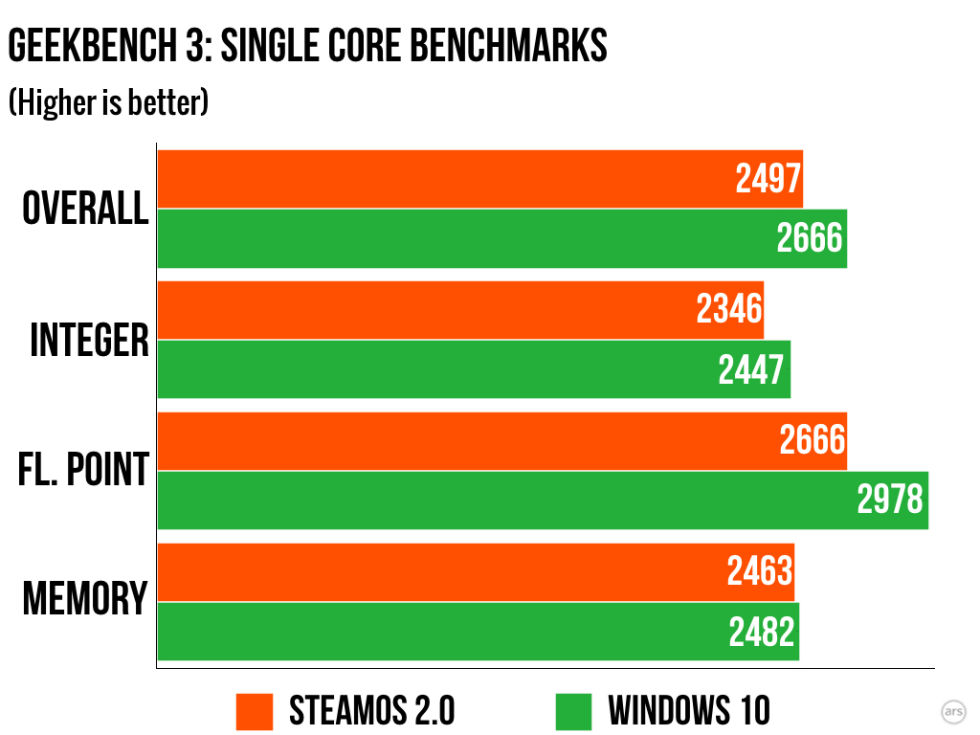 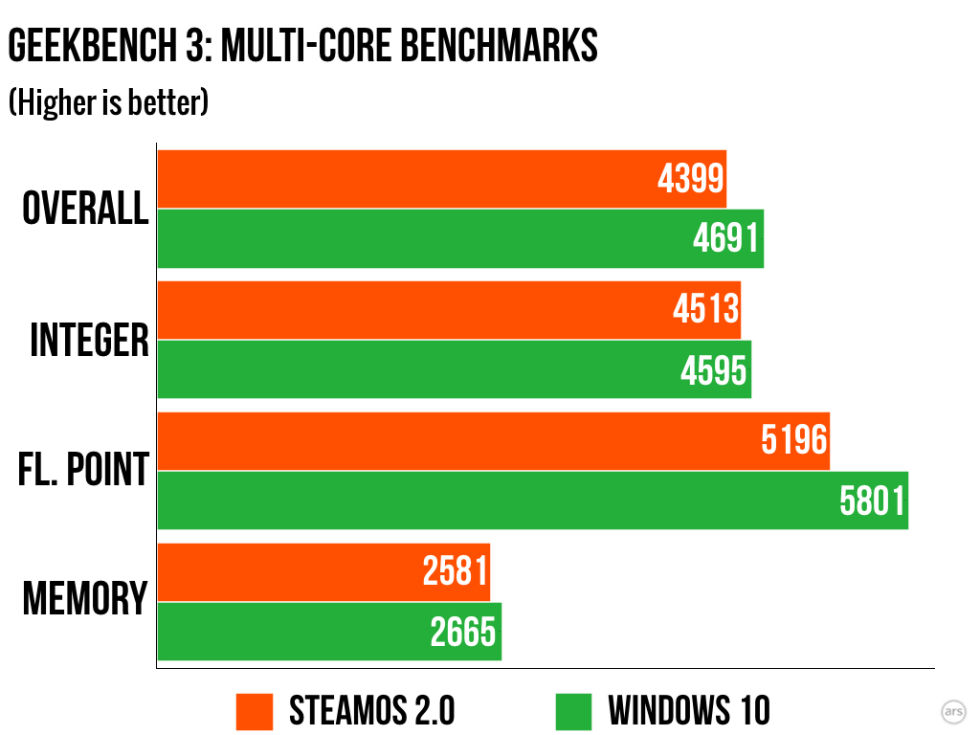 ¤ § Tests of phoronix Be more comprehensive and significant, with testing for a large number of video card models from both NVIDIA and AMD, testing a greater variety of games and applications, a number of resolutions and especially a very powerful system that should make sure no other component in the chain constitutes a bottleneck that distorts results - but despite all this it is difficult to ignore as well From the examination of arstechnica, Which is a kind of demonstration of the point of view of an 'ordinary user' who ultimately considers which of these two operating systems will provide him with a better gaming experience. At the moment, it seems, the answer is Windows 10 without any doubt, and without any real connection to the type of hardware you have. 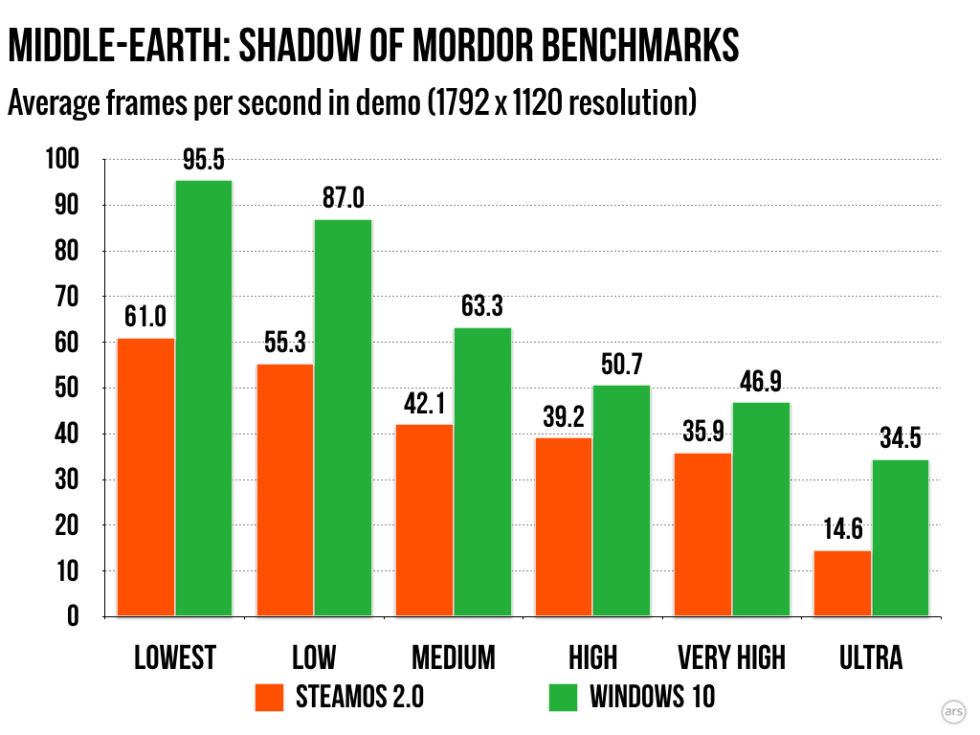 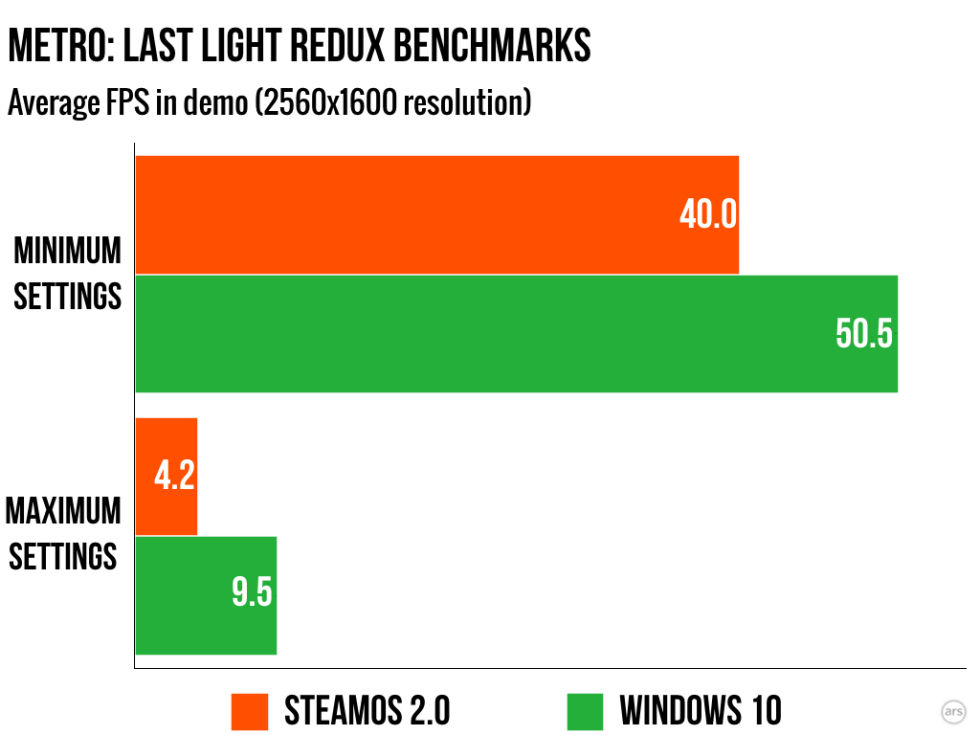 Still, as we suggested in the previous article - it's definitely not worth mourning Walb and her experience in the meantime. Software updates to the system and especially better drivers can change the situation significantly quickly, and the biggest disappearance is the coming battle of The Vulkan standard, Successor to OpenGL, which is similar DirectX 12 Windows should provide Linux (and other operating systems on the market) with a lean application programming interface, effective And smarter - that can spend a lot more on our hardware. 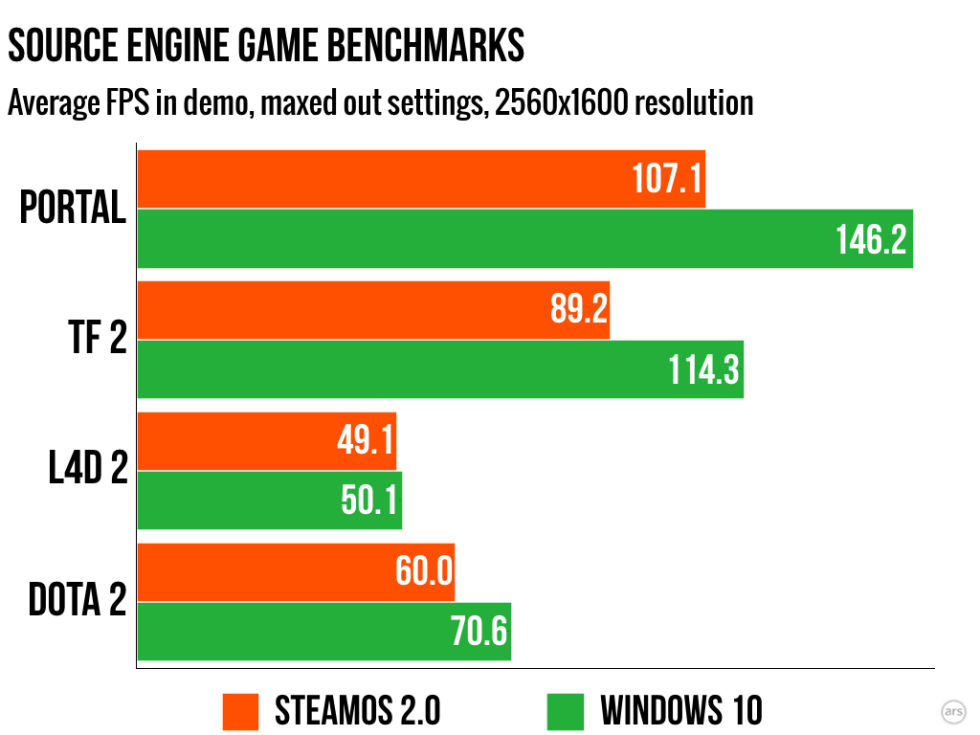 We already know that it will take quite a while before we see a proper number of supporting titles DirectX 12 and Vulkan - but when that finally happens, it could give SteamOS a chance to compare the battlefield with Microsoft Office. This assumes that SteamOS will still exist until then.

In the present - we feel once again that the StreamerSteam Link is the best and smartest option to take your gaming to the big screen in the living room. All the rest should go back to another spin.