Another new product from the Taiwanese manufacturer is Ultrabook Weight of only 900 grams, which should be a distinct competitor to theMacbook Of Apple

We had estimated in advance that Asus would arrive at the Computex show in her home market when she fired all the guns she had, and that was what happened. The company gave the opening signal to the most prominent hardware exhibition in the field and did so with a flood of new and interesting products - including a single laptop called the ZenBook 3 and threatening to steal from the spotlight of another popular book model in the market, Apple's new MacBook, Launched last year after a break of several years.

The ZenBook 3 has an 12.5 IPS screen and an 1080p resolution with Gorilla Glass 4 And thin margins Which help its physical size be even more modest than what is expected of a mobile in this size category, combined with chips Core i5 andCore i7 is a dual-core U-family of the Skylake generation (a thermal envelope of 15W,Core M). 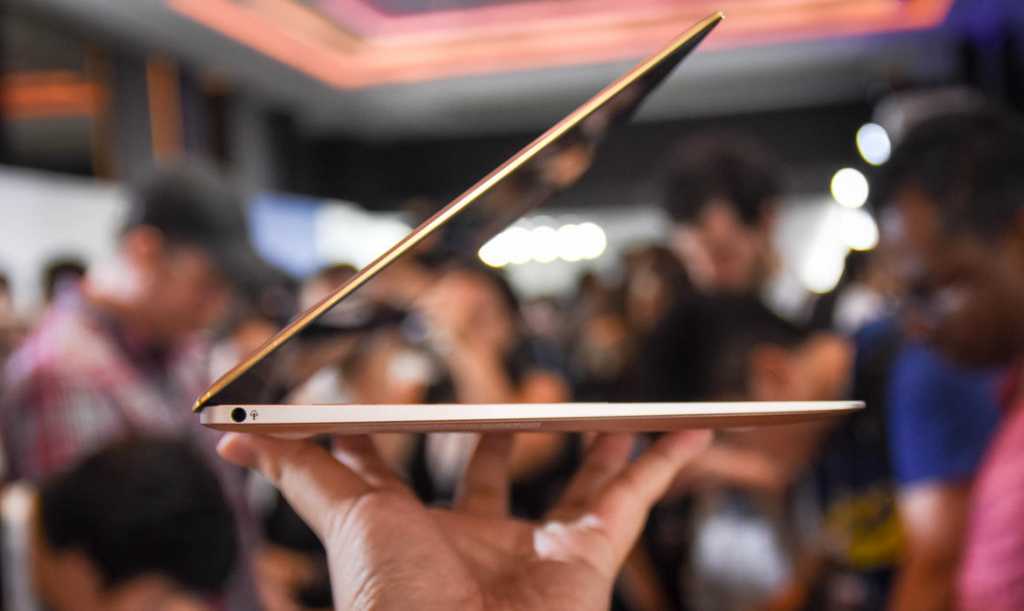 These base data are combined with LPDDR3 memories up to 16GB, drives SSD 512GB, 256GB or 1TB (the two largest models with PCI-Express connectivity and transfer speeds up to 1,700 megabytes per second), system Windows 10, of course, is a large touch panel with glass Fingerprint scanner Built-in, Herman / Cardon audio system and a built-in 40-watt-hour battery, which guarantees up to nine hours of work between charges - when charging should be relatively agile, with a promise to charge 60 percent of capacity in fifty minutes.

The specs of the ZenBook 3 sound very reasonable, but it becomes really impressive when you consider its sleek metallic shell, which is only 11.9 millimeters thick at its working point and weighs 910 grams - data that would have sounded imaginary in the window computer world just two years ago, but Today are fast becoming the new standard of manufacturers. 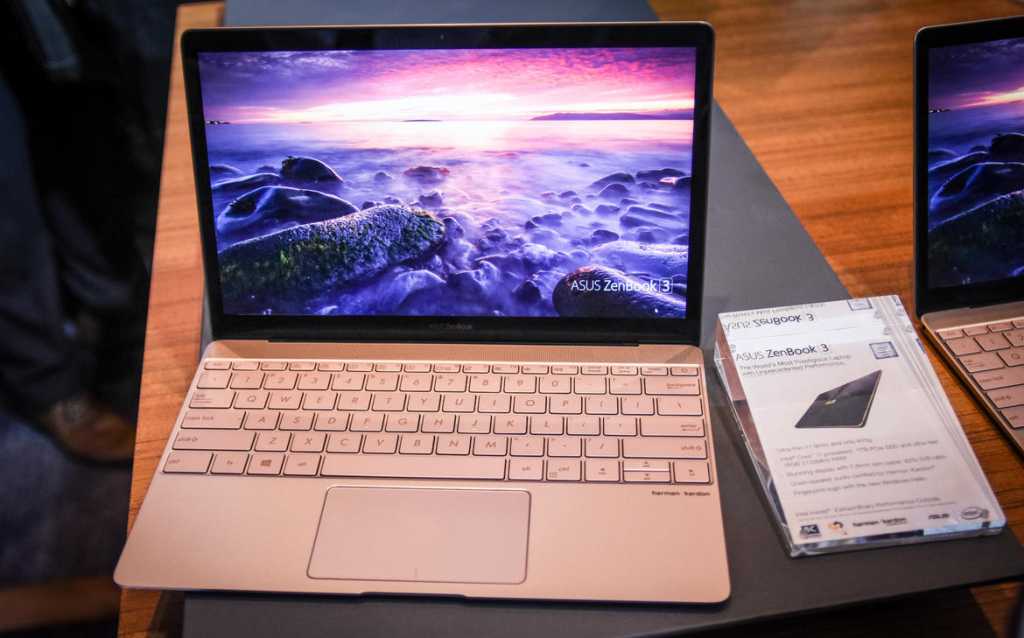 Asus also boasts a keyboard with a pressing depth of 0.8 millimeters - double that of theMacbook, For more convenient and "tangible" typing

Asus's ultrabook is trying to be better than the MacBook in all parameters, and it succeeds in this task on paper, although unfortunately on the way there it is also adopting one of the least positive elements of the model from Dark - Essay USB Only one fast Type C, which functions both as a charging point and as a data transfer connection and image transfer of the computer. Asus will offer a mini external docking station that will "deploy" the single connector to several connections for each buyer of the ZenBook 3, but it is not clear what this limiting decision means - if there is room to compress a single Type C connection in the model, why not offer one or two more Is it to allow charging and external connection in parallel? 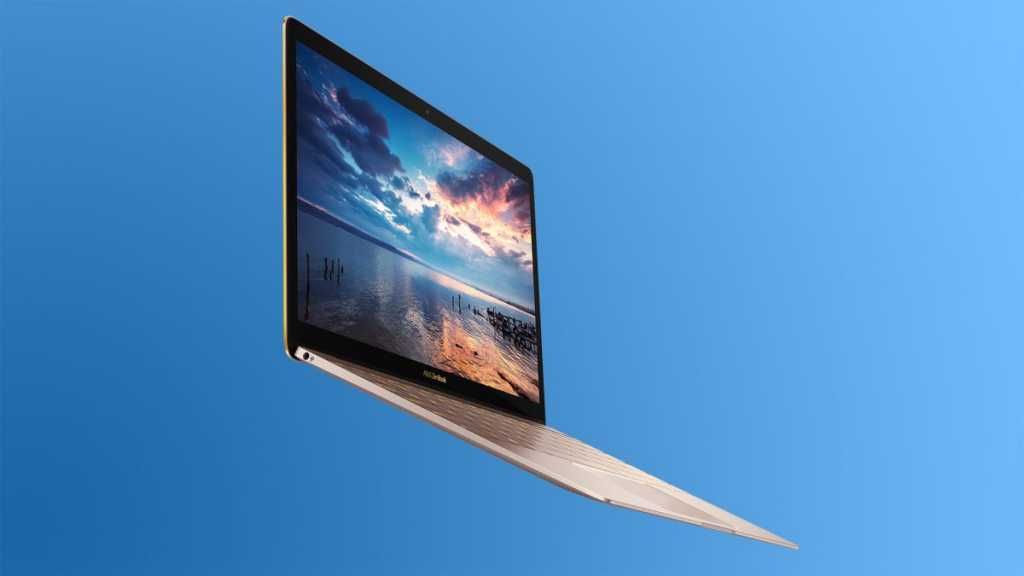 Aside from this complaint, we have not too many bad things to say about the ZenBook 3 - it will be available in gray, navy blue or gold (all with light gold trim at the edges), and in three different models: Basic with Core i5-6200U chip, RAM 4GB and 1,866MT / s speed and drive SSD Based on 256GB 1,000GB controller, base model with Core i7-6500U processor, 16GB RAM and 2,133MT / s speed and 512GB PCI-Express drive, which is undoubtedly the most relevant offer in the price tag of 1,500 USD , And a top model that will be the same as the intermediate model but with a drive SSD Based 1TB PCI-Express and a massive price tag of 2,000 USD, designed primarily for consumers who are not aware of market prices,SSD The latest.

The ZenBook 3 models should be available in markets around the world in the coming months, and we hope that the costs in Israel will be close to those recommended in the previous paragraph, and not only those aimed at oligarchs.