Crucial is a brand of micron company that probably many of you know. It is one of the world's leading companies in developing and manufacturing NAND solutions. This company works even in collaboration with Intel For the development and production of high-Optane.

Crucial is the brand for micron's end consumer and under this brand all the products are designed for gamers, content creators and basically every home user thirsting for speed. This brand has gained popularity with theSSD Known as MX. The MX200 has won world-wide sales and the MX300 drive until recently was considered an even bigger bestseller.

Success comes mainly from the price at Crucial. It seems that because of the large self-production, the American manufacturer is succeeding in raking in sales thanks to a very high ratio of one shekel to a gigabyte of storage. In fact, we do not remember big trackers in stores like Amazon or Neweg that did not have any drives Crucial In different volumes.

True, the greatest success has been asterisks so far, asterisks that prevented certain consumers from purchasing MX series drives. It seems that the new MX500 drives are taking a larger market share than their predecessors with the first extended warranty of 5 years instead of 3 and a particularly impressive write cycle rating. 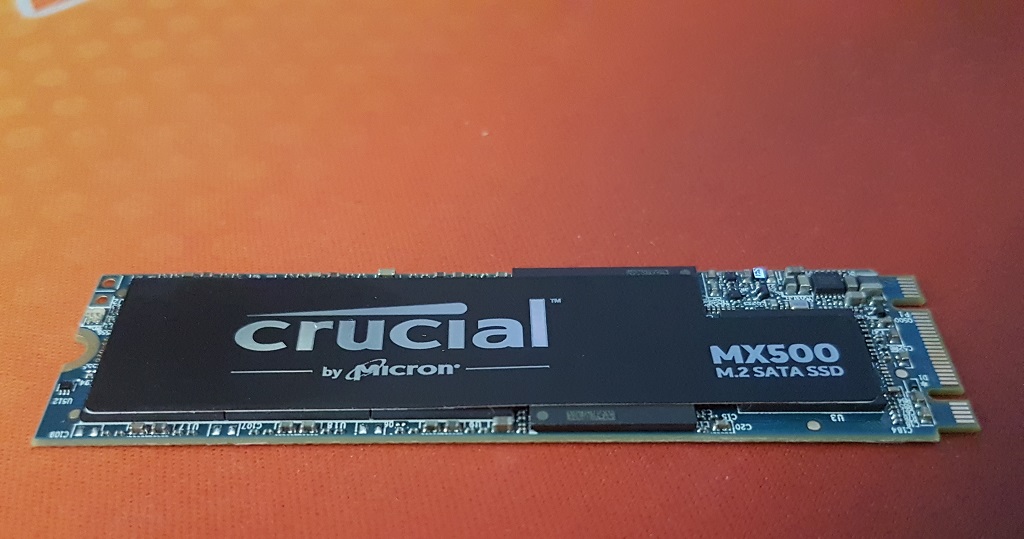 This is the first drive that comes with 5 years warranty. The M.2 version of this drive is identical in its components to the SATA interface version. The protocol which the drive uses is of course still a SATA protocol. This means that it is limited to the speeds offered by the modern SATA3 interface which is up to 6Gb per second or 560MB per second.

Note that the SATA protocol also requires a SATA controller on the motherboard and therefore the manufacturer's instructions should be read in accordance with the motherboard on which the SATA drive is installedSSD this. This is to know which physical SATA ports on the motherboard will be blocked when the SIM cardSSD This is installed in the designated cradle. Also note that there are certain M.2 interfaces that do not support the SATA protocol,NVMe Which works in configuration PCI-Express Direct communication to the processor or chipset. 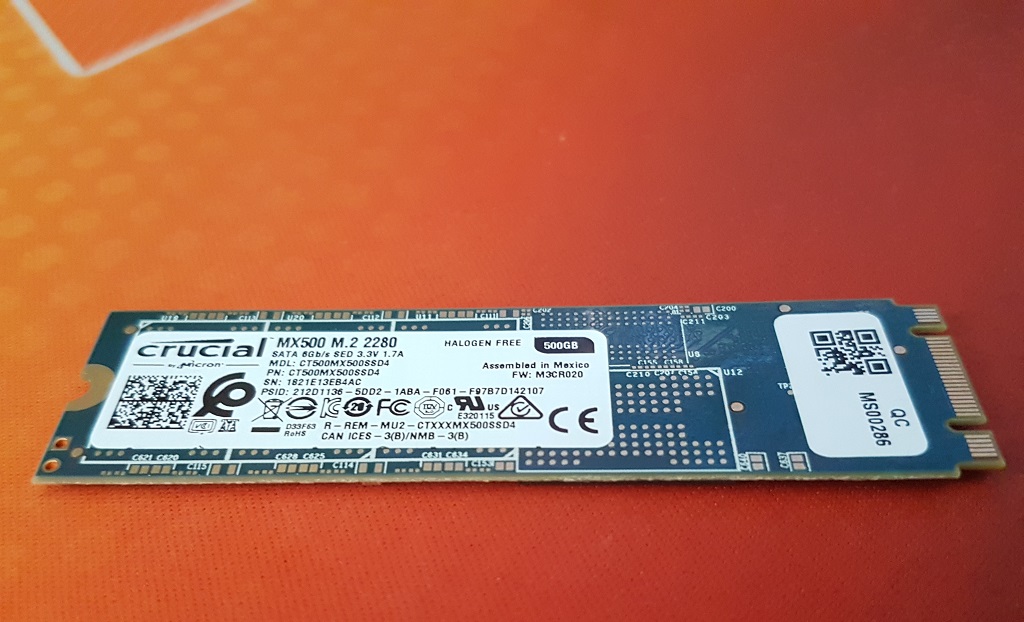 The drive in the audit is 500GB and does not include chips at all on one side. On this side there is a sticker with general details on the drive such as model, volume, interface and other information related mainly to safety standards. 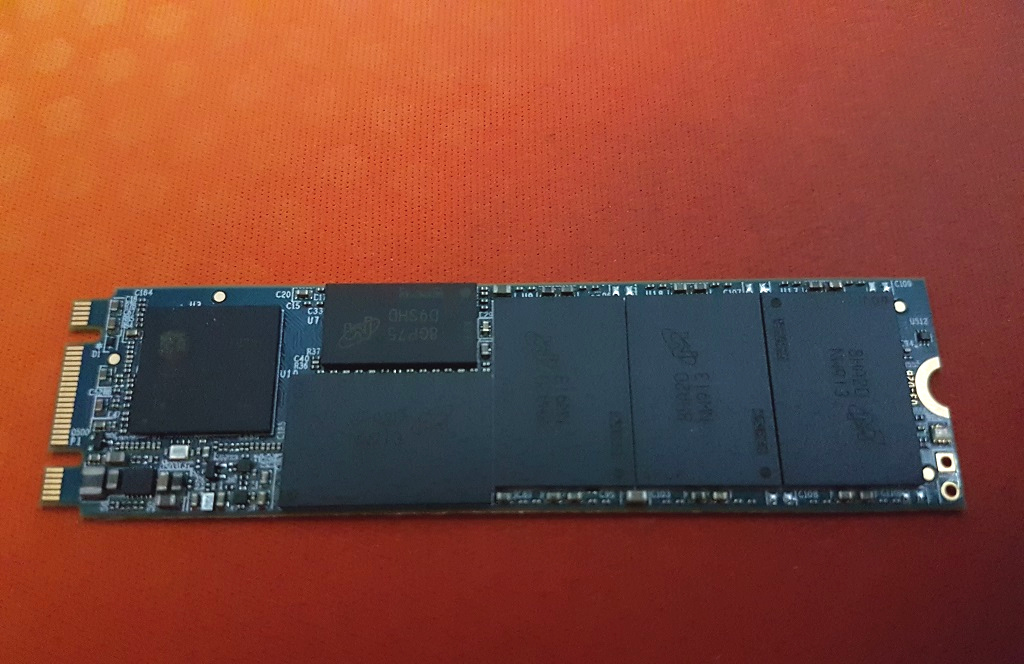 All drive components are printed in this volume on one side. Crucial Uses rather dense microns. There are four chips storage Each volume is 128GB. These chips are 3D TLC technology in 64 layers. This drive is graded to write 180TB. For a simple account, it's about 98GB writing every day for the whole warranty period and that's quite impressive.

The SATA controller on the drive is Silicon Motion's SM2258 and is considered one of theSSD Advanced SATA world. Visit this micron RAM which I find difficult to find manufacturer data. According to the model number it is very possible chip Type XXUMXMB DDR3L. 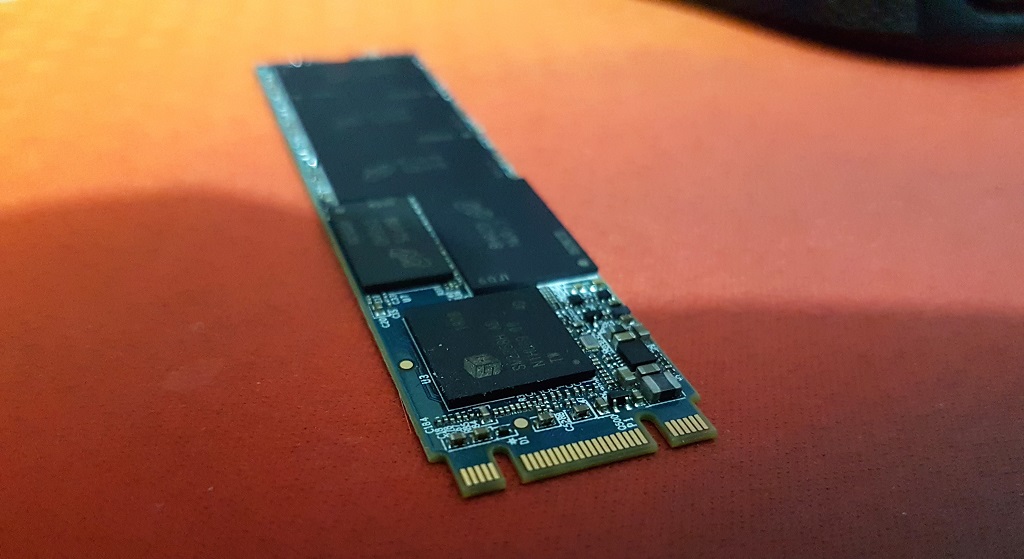 The drive size standard is 2280, meaning 22 millimeters width and 80 millimeters long and is expected to fit all Motherboard From recent years with the M.2 interface and a large part of the laptops of the last three generations of processors. Of course please review the manufacturer's website to verify support.

The drive has just come out recently New firmware - We updated our drive to the firmware in question before running the tests. 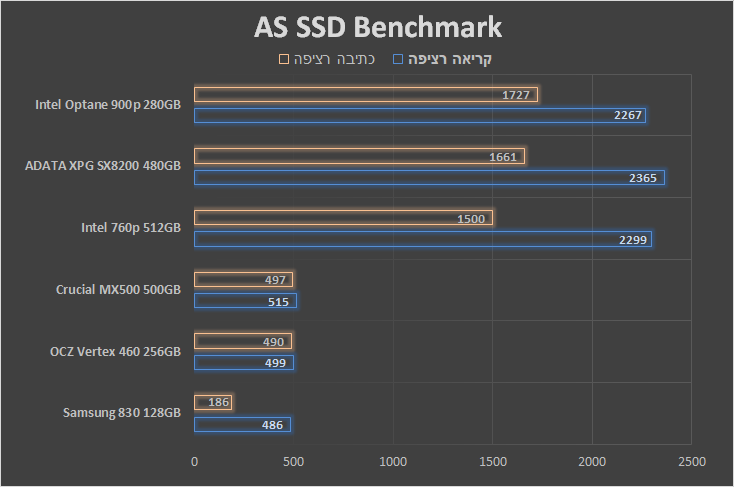 The continuous speed test of AS SSD Check the manufacturer's statements. Here, too, it is a drive that receives the continuous speed of the SATA3 option, regardless of the additional information that needs to be passed through this interface. These speeds are adjacent to the 500MB line per second. 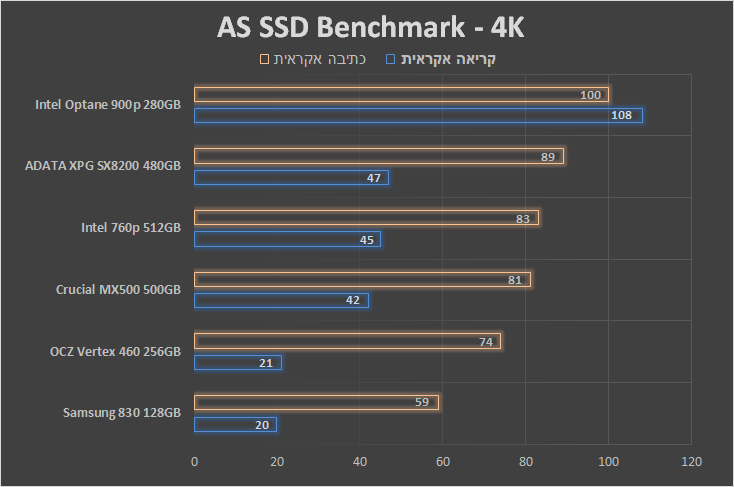 The 4K test challenged SSD controllers and chips using a series of 4KB files. Dealing with many small files is a very important feature in the drive since many software and games are also built from very small script configuration files and their weight. The MX500 is the fastest SATA drive on the site and stands in line even with some NVM drives. Not bad at all. 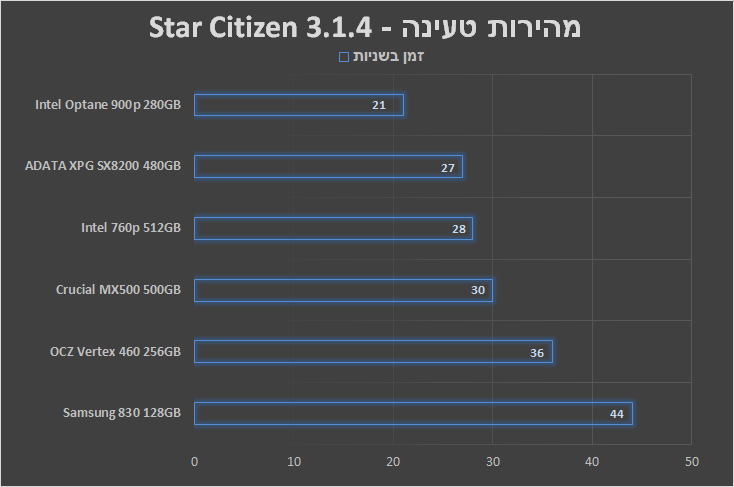 One of the most important tests I think is this, and I do not regret its inclusion in the SSD tests. This complex game weighs quite a bit and contains files of all kinds. I am pleased to see that the hard work and continued climb in technological capabilities paid off toCrucial. This SATA drive is very close to the NVMe hard drive Star Citizen. 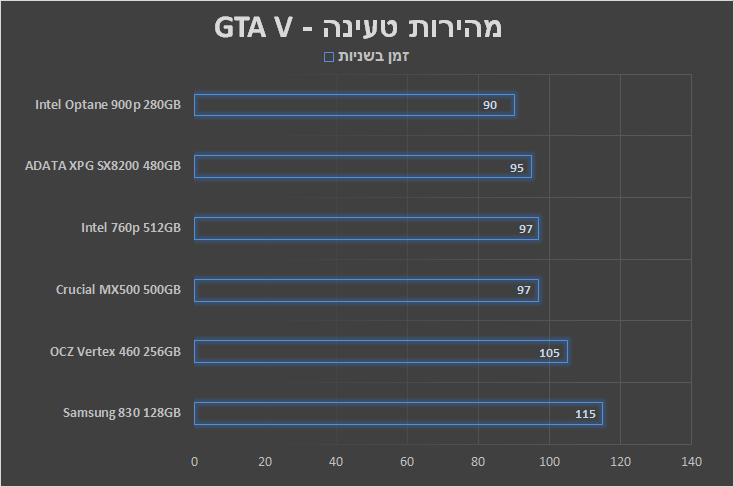 Test the full load time for the game GTA V The MX500 has rarely compared its performance to drive performance NVMe. Of course, this test does not reflect the performance of the rule because it depends on what seems to be more simulation than actual, but the numbers speak for themselves.

How much does it cost us? 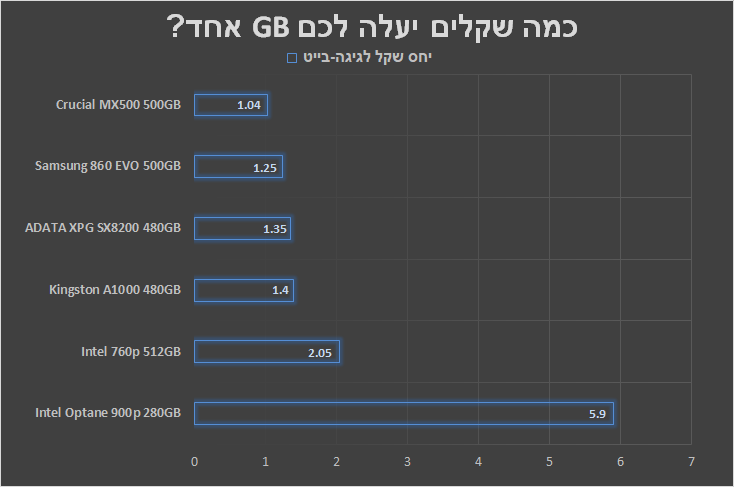 With a price tag of about NIS 520 in Israel, the MX500 is easily one of the most expensive drives on the market. 1.04 shekels will buy you one GB of SSD With him, and this is not a budget GB, cheap and short warranty. The single GB of MX500 is equivalent to 5 years of warranty and performance in line with the fastest SATA drives in the world.

Sometimes it happens to me that I come across a product survey that is in any case a clear purchase for our readers. The MX500 is one of those, but I decided to examine it and present it to those of you who are still on the fence. Whether it is the standard in-form 2.5 version or the drive in the M.2 card configuration, the MX500 drive of Crucial Leading a way that combines fair price with competition, long warranty and leading performance.

The honorable drive of Crucial Receives from us a mandate the best value awards and the editor's choice for attracting the market to competitive prices and not sacrificing performance and reliability. Well done! From here I expect future MX series to only climb as the standard set is one of the highest in the market.

… At this point I scratch my head in wonder and ask myself "what is the next step for Crucial?", Then the SATA domain it manages to conquer and squeeze the interface speed at least in continuous readings and writing. I think the next step is to improve the corresponding readability capability through improved controllers. I want the speed of drives NVMe in this field.

Apropos, I also can not help wondering a little why Micron deliberately chose to leave the Crucial Royalty in the SATA field and not jump towards NVMe. Something tells me that it can be and Intel is connected to the story, with products like its 760p containing micron chips. If it manages to do so and keep the pricing aggressive? what's good. Maybe I'm wrong, had to wait and see the next generation of the MX series wonderful.